Checking the daily weather forecast is almost an automatic part of our day, but how often do you check the weather in space?

Checking the daily weather forecast is almost an automatic part of our day, but how often do you check the weather in space?

Despite being thousands of kilometres above us, space weather changes every day sometimes impacting earth in ways you may not even notice. 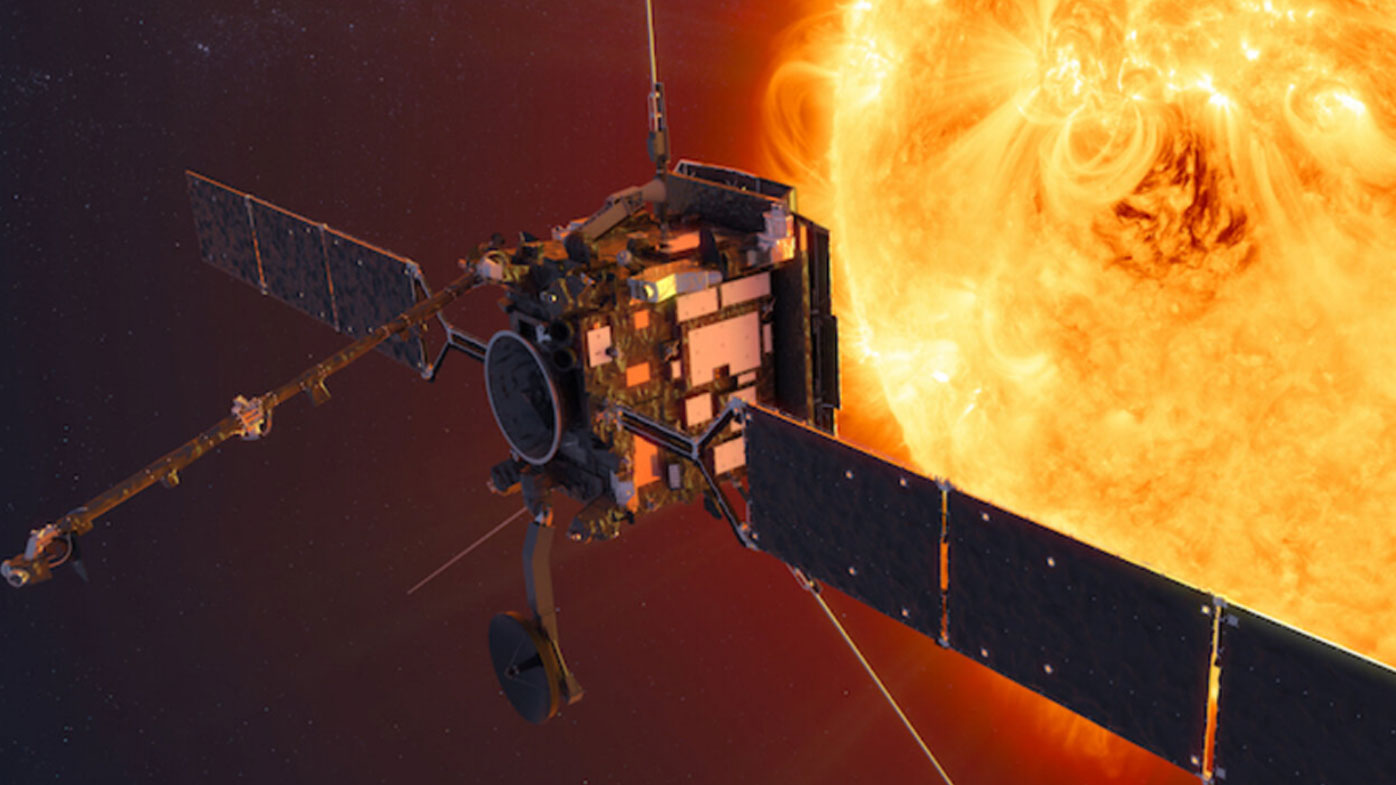 Here is a breakdown of what space weather is and how it impacts us.

What is space weather?

Space weather refers to changes in the space environment, particularly the region between the Earth and sun.

Just as we observe temperature, rainfall, humidity and wind, there are a number of key indicators experts rely on to determine the weather in space.

Solar wind is one of most commonly measured forms of space weather.

The outer atmosphere of the sun is called the 'corona' and occasionally holes will open up in the layer called 'coronal holes'. These holes allow highly energised particles to pour out of the sun and into space – this is solar wind.

These particles fly out into space at enormous speeds, with a temperature of well over 200,000 degrees.

An average day for solar wind is about 400km per second on average.

Occasionally, magnetic fields, sitting deep below the sun's surface, are squeezed out, pushing through the surface and forming a giant loop-like structure. This is called a Coronal Mass Ejection or plasma cloud. 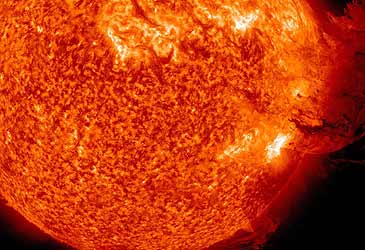 Because our sun is a giant ball of gas, the equator of the sun rotates faster than the poles do, causing these giant loops to twist. Once they twist too far, they eventually snap and get ejected out into space at thousands of kilometres per second,

"Coronal Mass Ejections are one of the main drivers of severe space weather events or 'space storms'," space meteorologist from the Bureau of Meteorology Dr Richard Marshall told Nine.com.au.

Sometimes, a huge release of magnetic energy, called a solar flare, occurs on the sun. Flares can produce large quantities of x-rays which affect the Earth's atmosphere.

They can also accelerate atomic particles to very high speeds and these high energy particles are dangerous to humans and can reach the stratosphere where jetliners fly.

"A big solar flare can have some pretty instantaneous and wide-spread impact," Dr Marshall said.

How does space weather impact us?

Despite being millions of light years away, most aspects of space weather affect us to some extent. However, some are more noticeable than others.

The impact of space weather can range from interference with long-range radio communications and satellites, to impacts on the grid and even to more benign impacts such as the Aurora.

"The Aurora is one of the few visible manifestations of space weather. Most humans don't feel it even though it does add to radiation levels around us," Dr Marshall said. 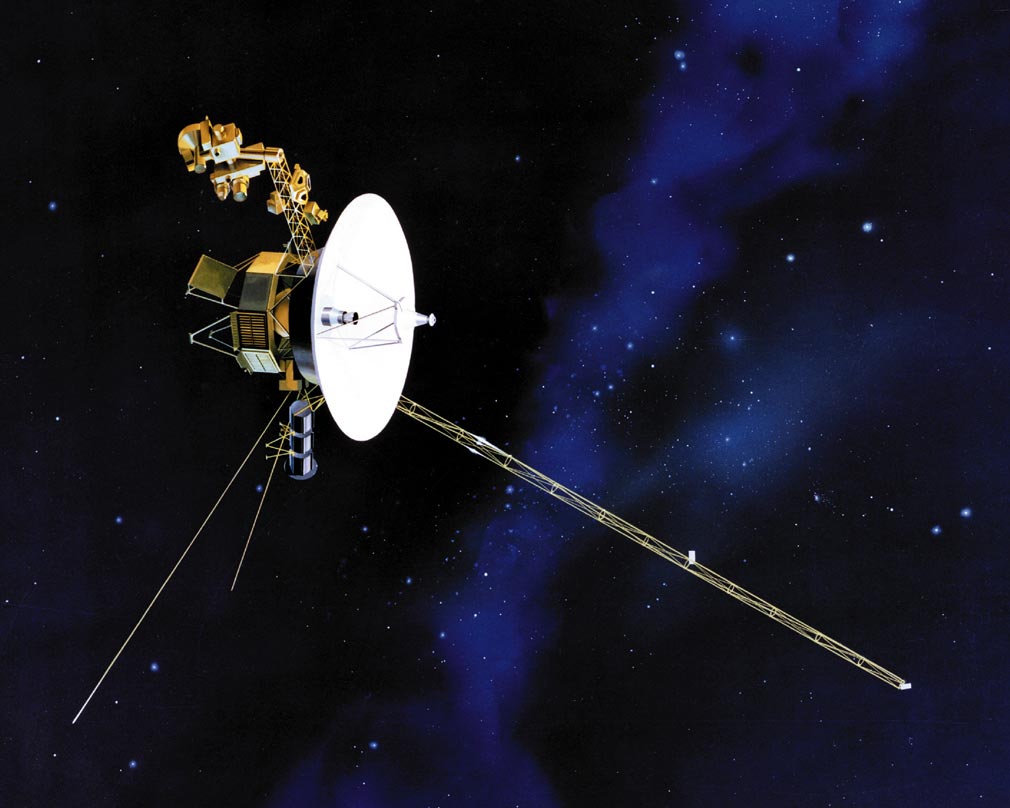 Space weather impacts us in different ways the closer it gets to the Earth's atmosphere.

"There's energy and activity on the sun that makes its way to earth and some of that energy gets deposited tens of thousands of kilometres out into space," Dr Marshall explained.

"Then some is deposited further down impacting spacecraft or space infrastructure at medium or low earth orbits and then it makes its way into our upper atmosphere from about 100km up."

At this level, a lot of the radiation which is harmful to humans from the sun is absorbed by our upper atmosphere.

However, energy and particles that do reach this level can impact radio signals, aviation, and ground-based systems on earth. 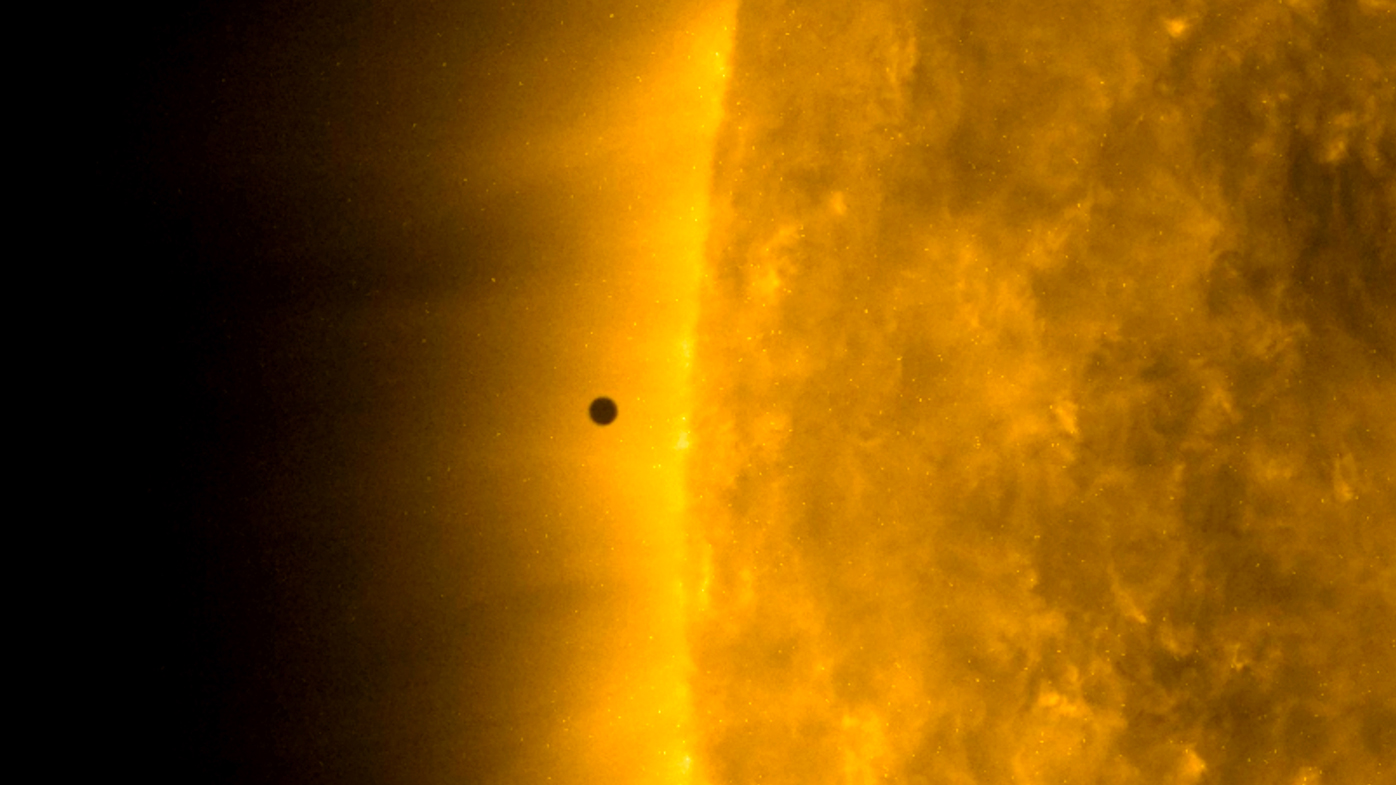 "When it gets down to ground level it can cause current to flow through the power systems and through very long extended pipelines, we have in Australia that carry all kinds of resources around our country," Dr Marshall said.

Although this doesn't happen often, the impacts of space weather are becoming increasingly important.

The more our society becomes dependent on technology and the more we utilise space, the more we are affected by space weather.

What is today's space weather?

Like weather on Earth, space weather is measured every day using satellites on the ground and in space. Some orbit near the sun, more than 1.5 million kilometres away.

"They sit upstream near the sun and orbiting and measure incoming solar wind and on a daily basis we get reports and warnings and forecasts," Dr Marshall said.

Similar to our seasons on earth, space has its own weather cycles but instead of changing every few months, space weather has an 11-year cycle.

This weekend's weather is expected to be a quiet one in our solar system despite moving toward a more active period in the solar cycle.

Activity will be very low with no Earthward Coronal Mass Ejections observed.

A possible coronal hole could see a moderate rise in solar wind speeds on Sunday however Saturday is expected to be low.