The wet weather responsible for drenching large parts of the country will deliver showers throughout the day before clearing up for the weekend.

The wet weather responsible for drenching large parts of the country will deliver showers throughout the day before clearing up for the weekend.

After receiving up to as much as 64mm of steady rainfall in the past 24 hours, New South Wales can expect cloudy conditions becoming patchier in the afternoon.

Showers are tipped for Sydney throughout the day, with a possible storm out west.

"There will be a little bit of rain for eastern parts of NSW, the ranges and toward the coast," a Bureau of Meteorology spokeswoman told nine.com.au

"Sydney will continue to see a few showers and possible thunderstorms."

Sydneysiders can expect reprieve from wet conditions heading into the weekend, as the system responsible for rainfall disappears.

As floodwaters move downstream from Queensland, flood warnings are in place for the Culgoa River at Brenda, the Birrie and Bokhara River at Goodooga, and the Narran River at New Angledool.

Sydney can expect a top of 25C.

The past 24 hours saw parts of the state drenched over the past 24 hours, with Mount Buffalo recording 100m, while Harrietville and Falls Creek received 66mm and 62mm respectively.

While Melbourne only received 20mm, patchy rainfall is expected to continue throughout the day.

Showers are tipped to stay until Saturday before sunny conditions on Sunday.

READ:  A Bridge over Troubled Waters

A flood warning remains in place for the Ovens and King Rivers, while a flood watch has been issued for North East Victoria, the Sunday Creek and the Yarra River.

Melbourne can expect a top of 18C. 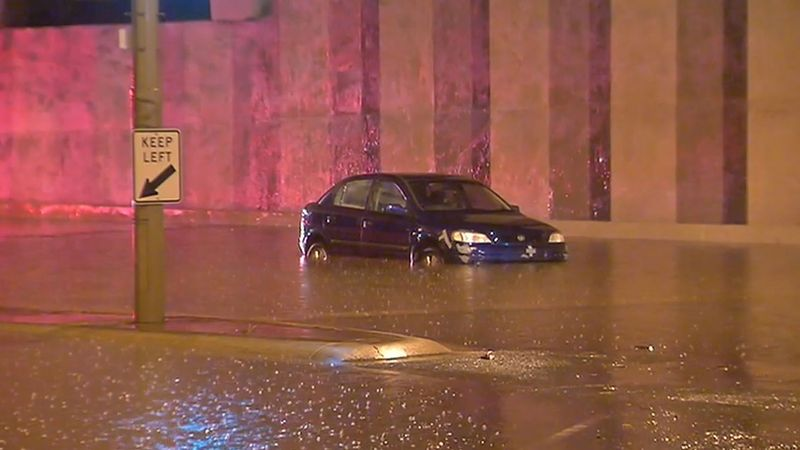 Queenslanders should prepare for thunderstorms as ex-cyclone Esther continues to move away from the state.

The past 24 hours have seen multiple areas of the state hit with more than 100mm of rain, with a massive 147mm recorded at Avocet.

Thunderstorms are expected to last until Sunday, with mild showers still present for most of the weekend.

A major flood warning is in place for the Balonne, Barcoo, Bullo, Paroo and Warrego rivers, while a moderate flood warning has been issued for Cooper Creek and Maranoa river.

Brisbane will reach a top of 29C. 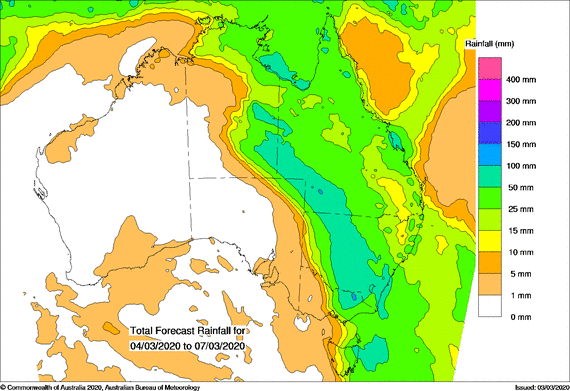 EVERYWHERE ELSE AROUND THE COUNTRY

Perth and Hobart can expect partly cloudy conditions with tops of 25C and 18C, respectively.

Darwin will be hit a late thunderstorm and very warm conditions, with a top of 33C predicted.

Showers and storms will remain throughout the weekend before clearing early next week.

Canberra will reach a top of 26C, with the chance of a thunderstorm and showers coming in the afternoon before clearing into the weekend.

Adelaide will be mostly cloudy with a top of 23C.