Two police officers have been targeted in London with a member of the public capturing the attack on video.

Two London police officers have been attacked in an incident caught on film by members of the public, sparking condemnation from the UK's Home Secretary and the city's mayor.

Videos posted to social media appeared to show a male officer being pinned to the ground and kicked, before a female officer intervenes.

A squabble then plays out for around a minute between the two officers and a group of men. 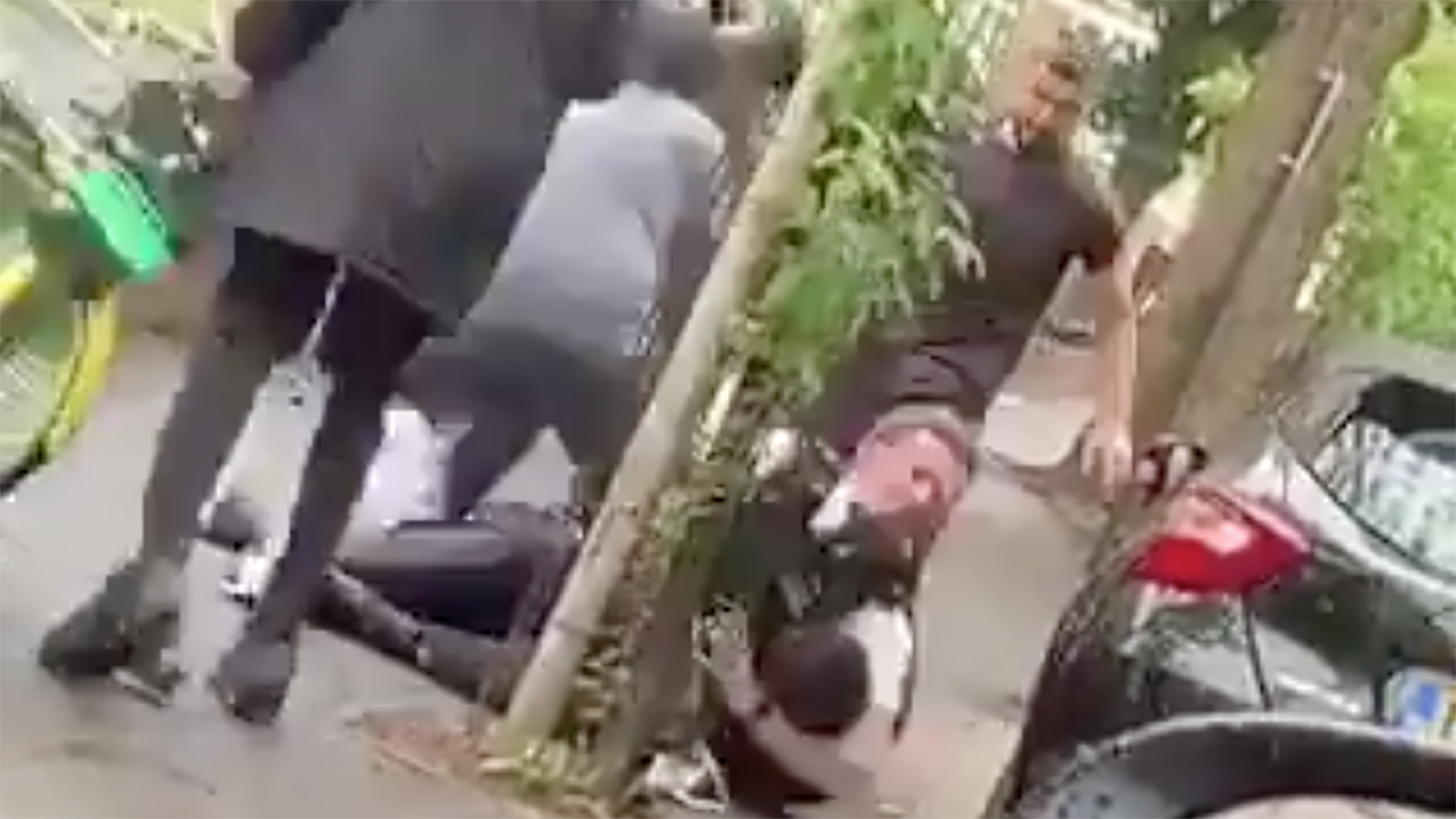 The Metropolitan Police confirmed today that two men, aged 20 and 38, have been arrested on suspicion of assault on police.

Today's incident has drawn a sharp response from the UK's police association and Home Secretary Priti Patel, who wrote on Twitter that the attack was "sickening, shocking & disgraceful."

Police said in a statement to CNN that the incident began at 3.30pm (12.30am AEST) when two officers on patrol were flagged down by a member of the public.

The person said they had just been assaulted and directed the officers towards their alleged assailants.

A struggle ensued when "one of the men resisted," police said.

"A number of other people became involved whilst the officer was on the ground," they added.

The two officers sustained minor injuries and did not require hospital treatment.

"We are not society's punching bags," the Metropolitan Police Federation's chairman Ken Marsh added in a statement.

"On this occasion our colleagues are thankfully only reporting minor injuries -- but the reality is it could have been much worse."

London's mayor, Sadiq Khan, said: "Attacks on our police will not be tolerated."

He added: "These brave officers were doing their duty and assisting the public -- I wish them a speedy recovery."

It comes following largely peaceful anti-racism protests across the UK at the weekend, which saw some clashes between police and activists.

Mayor Khan has supported the protests, which saw tens of thousands take to the streets in London and other UK cities, but he condemned the small number of demonstraters who were involved in tense scenes with officers.

As in the US, many protesters have been highlighting police brutality against black people and the higher rate at which black people are imprisoned.

CNN has attempted to reach out to the arrested men for comment but has not yet been able make contact with them.