More than twice as many children in England are waiting for adoptive families than there are adopters, the latest figures from Adoption UK show.And of those awaiting adoption, 28% of children are aged over five; 4% have a disability; 20% are …

More than twice as many children in England are waiting for adoptive families than there are adopters, the latest figures from Adoption UK show.

And of those awaiting adoption, 28% of children are aged over five; 4% have a disability; 20% are from a Black, Asian or minority ethnic background; and 57% are in sibling groups.

“We’ve known for some time that more parents are needed to provide homes for children who are deemed to be harder to place,” said Sue Armstrong Brown, chief executive of Adoption UK. “But adoption can have a transformative effect on these children.

“The testimony of adoptive parents is proof that you can successfully parent children who are deemed harder to place, if the right support is in place.”

But that term in itself – ‘hard to place’ – is problematic, losing sense of the fact these children need the love and support of a family, like any other child.

“It is undoubtedly the case that children who are adopted are first and foremost children,” says Dr John Simmonds, director of policy, research and development at CoramBAAF, an adoption and fostering academy. “The term ‘hard to place’ is not respectful.”

Simmonds says it’s largely the case that adopters do generally want to adopt children who are young – 18-24 months – are healthy and reflect something of their history and heritage of the adopters.

“Children adopted in the UK are mostly children who have been removed from their parents because of abuse and neglect, and where a court has agreed that they should be adopted,” he says. “The impact of abuse on these children is varied, but can result in developmental issues for the short and longer term.

“These may be physical, emotional, behavioural and learning or a combination and that may include a specific disability. Other children may be in sibling groups. There will be issues about the child’s history and heritage include ethnicity, culture, religion and language. And some children will be older.

“Given the typical motivation of adopters, these children are ‘harder to place’. It’s not that they cannot be placed – although some are not placed. But they are still children at heart and they are who they are – not to have the added burden of the use of that phrase.”

HuffPost UK spoke to three families whose children fell into the groups of those less likely to be adopted. Here are their stories of how they came together.

‘Why can’t these children have the chance?’

Ben Carpenter, 35, Huddersfield, has six adopted children who all have additional needs.

“I always wanted to adopt. When I was younger, I worked with children and adults with disabilities, and knew if I was going to adopt, I’d adopt children with additional needs or those classed as hard to place. I always wanted to be a father, too.

“When I started the process, I was told I was the youngest gay male to adopt. I was 21. I adopted one child, which lead to 2, 3, 4, 5, and 6. My first child was a quirky child, who was diagnosed with autism, but over the years, the needs of the children I’ve adopted have got bigger than just a child with a minor disability.

“All of the children I adopted have been between newborn age and two years. Their needs range from cerebral palsy, autism, physical disability and abnormalities, foetal alcohol syndrome, deafness, and Down’s syndrome. 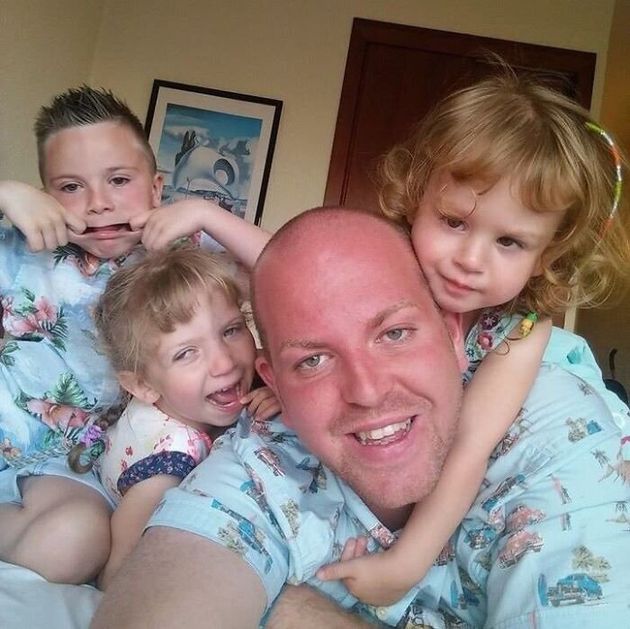 “As time went on, I knew I could cope. I have a great support network and thought why not? I’m young enough and fit enough and I can step up for these children. I have a great rapport with all the professionals I’ve been involved with, and I believe I’m the right person to help them. I see the child, not the disability. I never see the disability.

“I have a great rapport with my children’s birth parents – some of which we have open adoptions, so I see and meet up with them.

“I love it. I love everything. One of the best things is being able to be called dad – it’s amazing when a child calls you Daddy. I’ve loved the Christmases, the milestones. Not so much the 2am wake-ups, but that just comes with parenting. I’ve loved the holidays, seeing them smiling, seeing them achieve. I was told my eldest daughter would never walk, talk or eat. She is now doing all three to the best of her ability.

“My story is rare, I know. I’m not asking people to do the same – but don’t underestimate yourself. Adoption is tough, so just by signing up, you’re already proving yourself to be a strong person. I just think, why can’t these children have the chance? I love them dearly.”

‘I had no intention of adopting until I met my son’

Isabelle Coad, 36, from the Midlands, adopted her son Nathanial, who is Ugandan, 10 years ago. Three years ago she adopted her daughter, MG, who was just three months old. Isabelle is of Sri Lankan heritage.

“I’m adopted myself and that plays a huge part in why I’ve gone on to adopt. Initially I had no intention of adopting until I was married, but things changed when I met Nathanial – my eldest – in a babies’ home in Uganda. I wanted to bring him home immediately, and knew adoption was the way forward. It wasn’t an easy process, but I was so happy to become his mother.

“For my daughter it was easier, went through the stages quite simple. It was four to five months if I remember correctly before we were matched after an approval paneI. We adopted her in the UK. 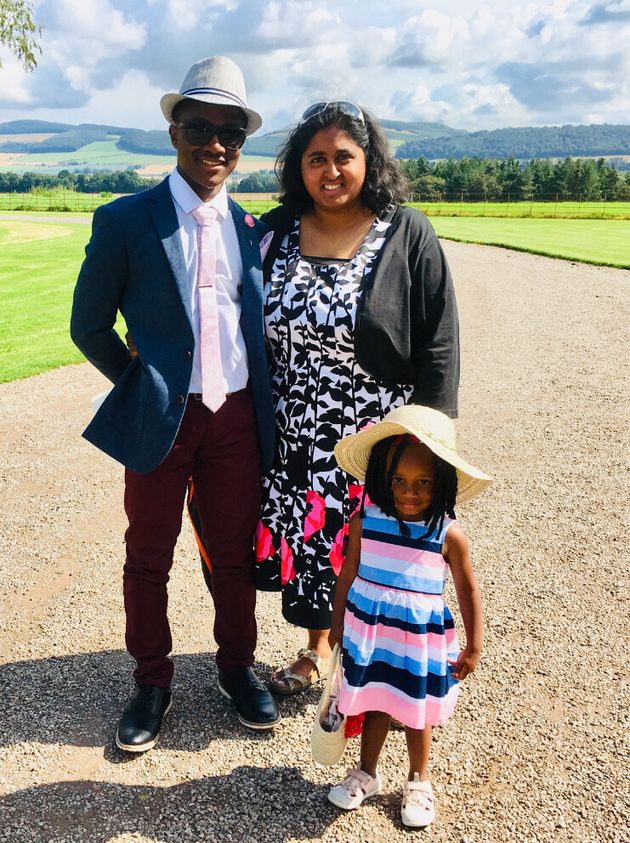 “One of the most challenging times was when I was told that my daughter may be unlikely to walk, that she had a rare chromosome disorder and at this point I hadn’t applied for her adoption yet. I questioned my ability to parent her and whether it would be fair on my eldest who has his own particular needs.  However, MG had been with us for significant amount of time already, and she was bonded to us both.

“However, the special moments, the firsts, the hugs, the joyful moments are magnified with an adopted child. One of the most rewarding times was seeing her walk for the first time unaided. Another fantastic moment was my son receiving a scholarship to our local grammar school. This is such a testament to how ‘hard to place’ children can thrive in families, and shows the strength of character and resilience on a child.

“What would I say to people wanting to adopt? Do it! Definitely do it, but be prepared for your life to change completely. Take any preconceived ideas of how you think family life will be... and throw them away! Take each day as it comes. These children are hurt and traumatised, they need love, they need care, they need empathy. It’s been amazing and life changing for all of us.”

‘We adopted seven siblings to keep them together’

Michelle Foster, 52, Coventry. Michelle and her partner have adopted seven siblings who have the same biological mother.

“My partner and I have been fostering for 12 years. The eldest two of seven siblings came to us in 2010, at one year and four months old. Within a week, we were told the birth mum was pregnant again, and that baby came at 18 hours old. Within a year, the mum had had another one – the fourth child placed with us. We adopted those four children together in 2015.

“When the mum had two more babies, we also took them on – it was a year between them – but it was trickier. We adopted those two together. The last sibling is just one year old. We got him in our care, after fighting for him, when he was eight months. We still have court cases going on to adopt him. 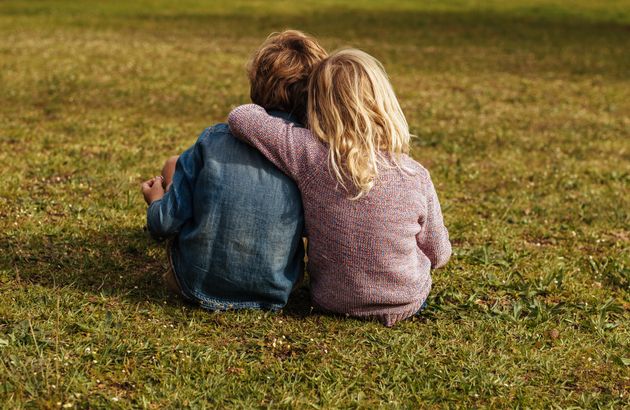 “We wanted to keep the siblings together, not adopted separately – we didn’t want that for them, we knew it’d be detrimental. I can’t tell you how much I love them. I have four birth children, too, and the love is no different. It’s amazing, they mean the world to me. They’re all different, with different traits and different challenges. It’s been a rollercoaster, of course, but it’s amazing to see one of our daughters achieving high academic levels, another one doing gymnastics and getting a scholarship. They would never have had that life.

“I remember once a few years ago in Spain, one of them was crying because they got a mint ice cream instead of strawberry. My husband looked to me and said, ‘You know what? You have to laugh, them crying over that. Imagine what their life would’ve been like if they didn’t come to us’.

“I would urge anyone thinking about adopting to do it, we never in a million years thought we could love our seven as much as we do. They’re a challenge at times but the positives, watching them grow and achieve everyday far out way those challenges.”