The US State Department had urged all Americans to leave the airport area.

A US drone strike has hit a vehicle carrying "multiple suicide bombers" from Afghanistan's Islamic State affiliate before they could target the ongoing military evacuation at Kabul's international airport, American officials say.

There were few initial details about the incident, as well as a rocket that struck a neighbourhood just north-west of the airport, killing a child.

The Taliban initially described the two strikes as separate incidents, though information on both remained scarce and witnesses heard only one large blast on Sunday in the Afghan capital.

READ MORE: What is ISIS-K? Behind the group suspected of Kabul attack 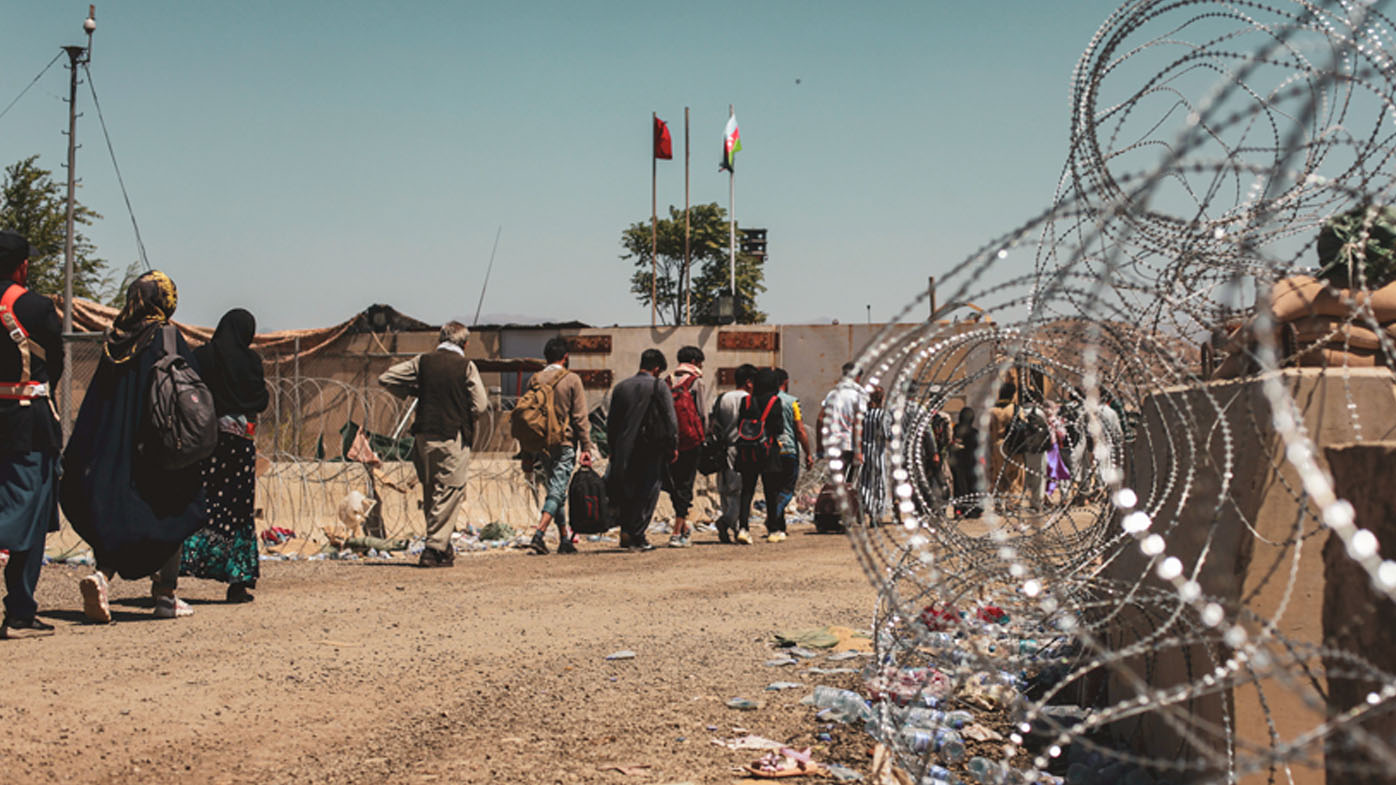 A military official said the strike on Sunday caused "significant secondary explosions" indicating the presence of a substantial amount of explosive material in the vehicle.

Two senior US officials said the US believed it was a successful strike and that the intended target was hit.

This is the second airstrike the US has conducted against the militant group, which claimed responsibility for the suicide bombing Thursday at the Kabul airport gate that killed 13 US service members and scores of Afghans struggling to get out of the country and escape the new Taliban rule.

The officials said on Sunday (early Monday AEST) that initial reports indicated there were no civilian casualties caused by the airstrike, but one official said they were assessing reports of any other collateral damage.

The officials spoke on condition of anonymity to discuss military operations.

Taliban spokesman Zabihullah Mujahid said a US military airstrike targeted a suicide bomber in a vehicle who wanted to target the airport.

There have been apparently separate reports of an explosion at a house near the airport, in Kabul's Khuwja Bughra neighbourhood.

Rashid, the Kabul police chief who like many Afghans goes by one name, said the explosion at the house killed a child. 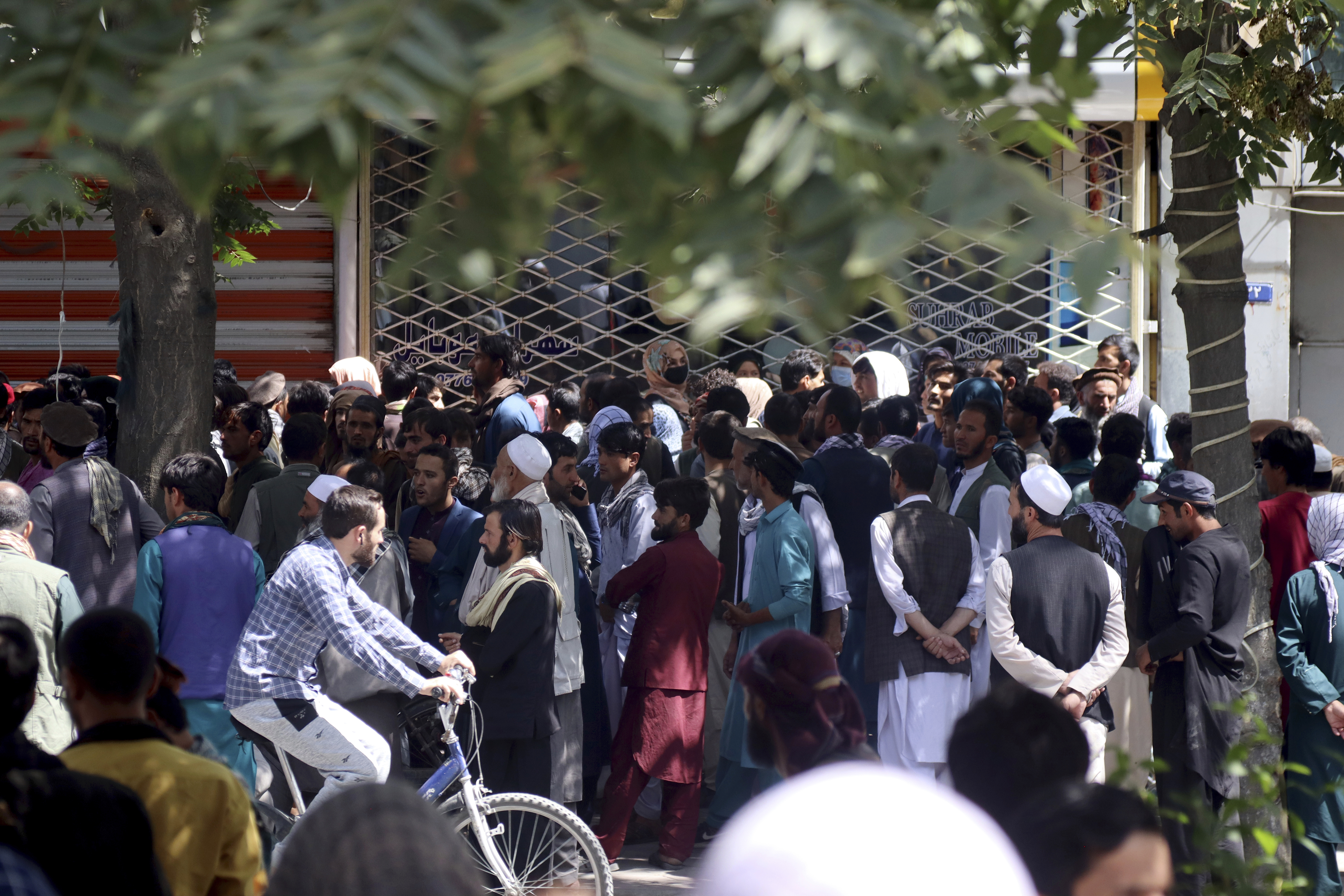 The reports came as the United States was winding down a historic airlift that saw tens of thousands evacuated from Kabul's international airport, the scene of much of the chaos that engulfed the Afghan capital since the Taliban took over two weeks ago.

After an Islamic State affiliate's suicide attack that killed over 180 people, the Taliban increased its security around the airfield as Britain and Australia ended their evacuation flights in recent days.

US military cargo planes continued their runs into the airport on Sunday, ahead of a Tuesday deadline earlier set by President Joe Biden to withdraw all troops from America's longest war.

However, Afghans remaining behind in the country worry about the Taliban reverting to their earlier oppressive rule — something fuelled by the recent shooting death of a folk singer in the country by the insurgents. 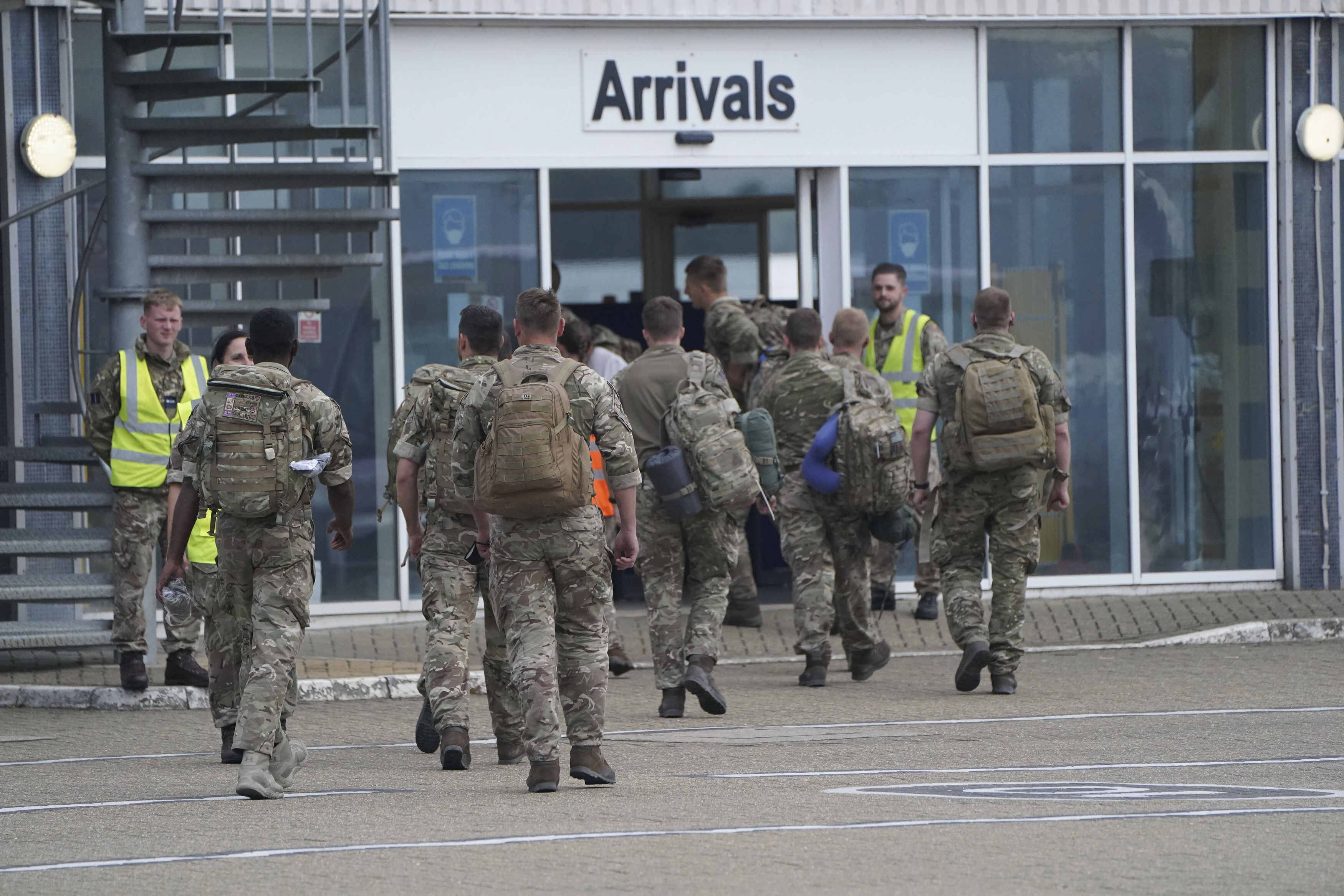 The shooting of Fawad Andarabi came in the Andarabi Valley for which he was named, an area of Baghlan province some 100km north of Kabul.

The valley had seen upheaval since the Taliban takeover, with some districts in the area coming under the control of militia fighters opposed to the Taliban rule.

The Taliban say they have since retaken those areas, though neighbouring Panjshir in the Hindu Kush mountains remains the only one of Afghanistan's 34 provinces not under its control.

The US State Department earlier on Sunday had urged all Americans to leave the airport area immediately because of a specific, credible threat.

It specifically noted the South (Airport Circle) gate, the new Ministry of the Interior, and the gate near the Panjshir Petrol station on the north-west side of the airport.

The warning came as US President Joe Biden vowed to keep up airstrikes against the Islamic extremist group responsible for the attack.

He warned another attack was "highly likely" and the State Department called the threat "specific" and "credible."

The Pentagon said the remaining contingent of US forces at the airport, now numbering fewer than 4000, had begun their final withdrawal ahead of Mr Biden's deadline for ending the evacuation on Tuesday.

After getting briefed on a US drone mission in eastern Afghanistan that the Pentagon said killed two members of the Islamic State group's Afghanistan affiliate early Saturday, Mr Biden said the extremists can expect more. 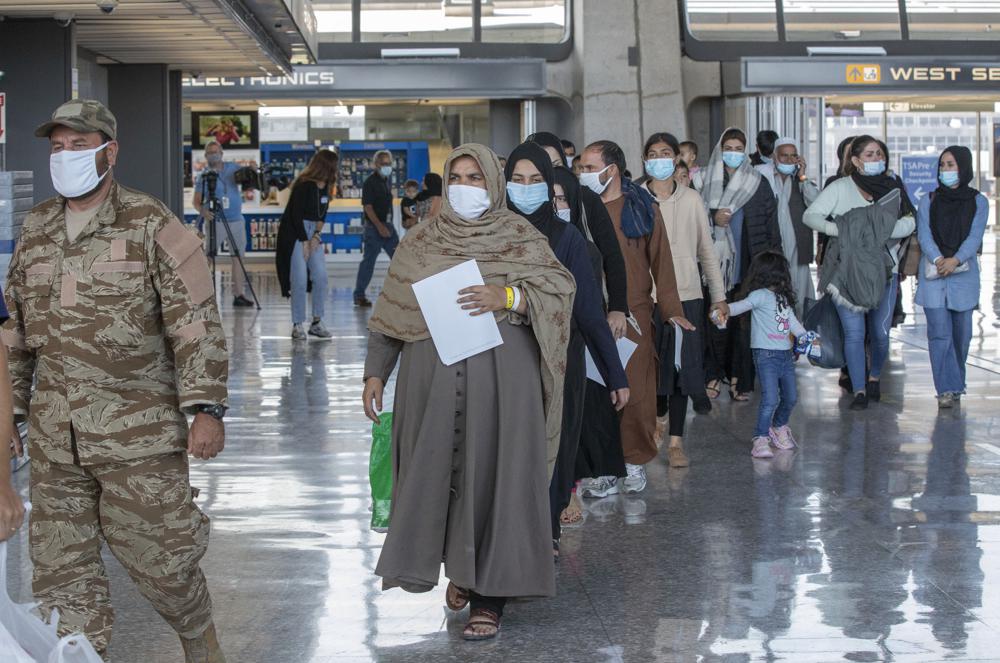 "This strike was not the last," Mr Biden said in a statement.

"We will continue to hunt down any person involved in that heinous attack and make them pay."

He paid tribute to the "bravery and selflessness" of the American troops executing the hurried airlift of tens of thousands from Kabul airport, including the 13 US service members who were killed in Thursday's suicide bombing at an airport gate.

The evacuation proceeded as tensions rose over the prospect of another IS attack. "Our commanders informed me that an attack is highly likely in the next 24-36 hours," Mr Biden said, adding that he has instructed them to take all possible measures to protect their troops, who are securing the airport and helping bring onto the airfield Americans and others desperate to escape Taliban rule.

The remains of the 13 American troops were on their way to the United States, the Pentagon said.

Their voyage marked a painful moment in a nearly 20-year American war that cost more than 2400 US military lives and is ending with the return to power of a Taliban movement that was ousted when US forces invaded in October 2001.

The Pentagon released the names of those killed — 11 Marines, one Navy sailor and one Army soldier. Twelve of them were in the 20s; some were born in 2001, the year America's longest war began. The oldest was 31.

They were the first US service members killed in Afghanistan since February 2020, the month the Trump administration struck an agreement with the Taliban in which the militant group halted attacks on Americans in exchange for a US agreement to remove all troops and contractors by May 2021.

Mr Biden announced in April that the 2500 to 3000 troops who remained would be out by September, ending what he has called America's forever war.