A pet guinea pig came to an unfortunate end when it was eaten by a huge carpet python in Queensland.

Sunshine Coast Snake Catchers posted a photo of a snake curled up in a hutch, saying it had eaten the guinea pig which lived there. 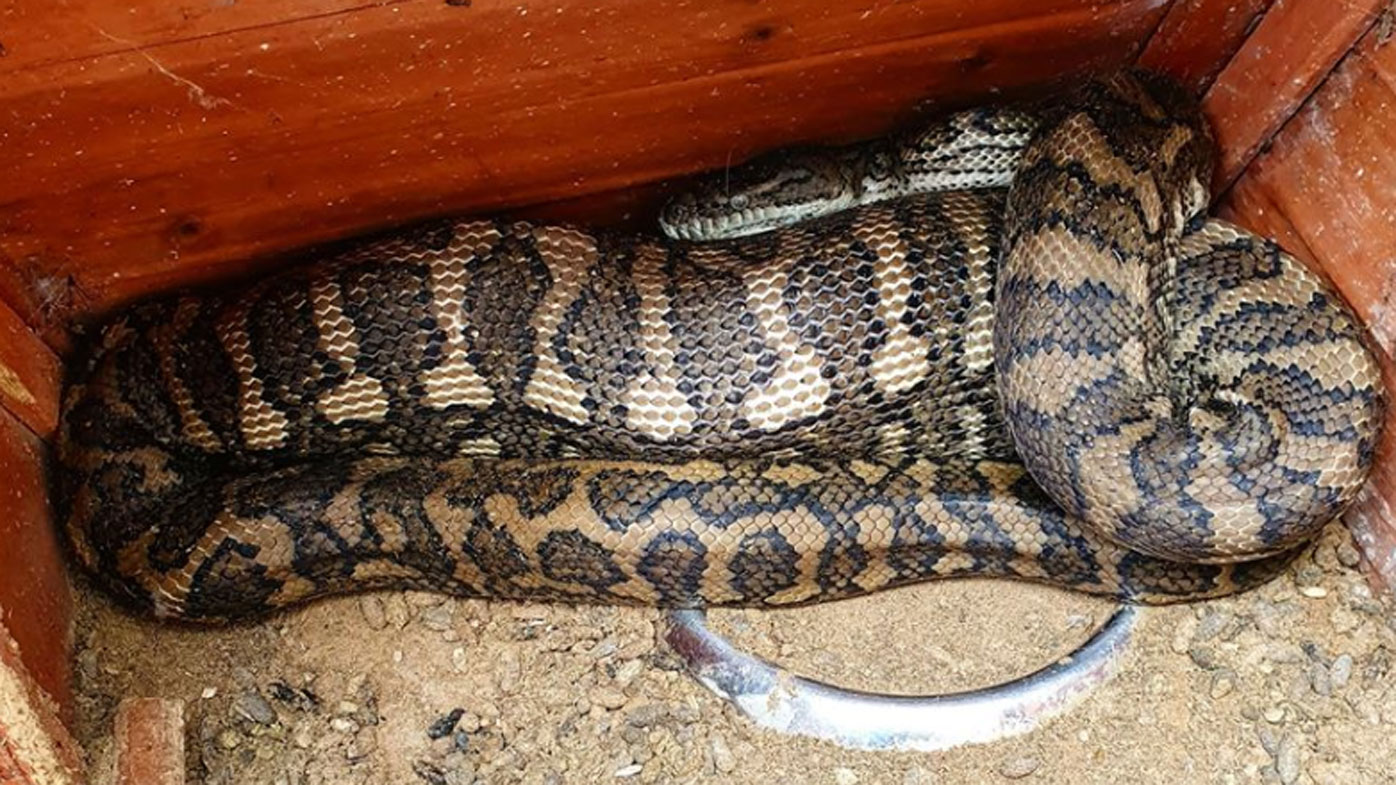 The post urged pet owners to make sure animal enclosures - including those housing cats, chickens and even birds - were snake-proof.

"This goes for chicken coops, bird aviaries, guinea pig enclosures, cat runs and any other pet you may have in an enclosure!

"This carpet python snuck into the enclosure and ate the family's guinea pig.

"It's not the snake's fault, he is just getting himself an easy feed."

The pet snake, named Monty Python, had gobbled the towel at home, but it was safely removed during surgery.