A wanted man has been charged after allegedly trying to escape Australia by hiding in a ship air-conditioning vent as it sailed off the NSW North Coast.

The large bulk carrier was on its way to Newcastle on Saturday morning when it was flagged down by a yacht that had run into trouble near Yamba.

A tow line was attached to the yacht and a 31-year-old man was rescued and brought onto the bulk carrier and taken into one of its cabins. 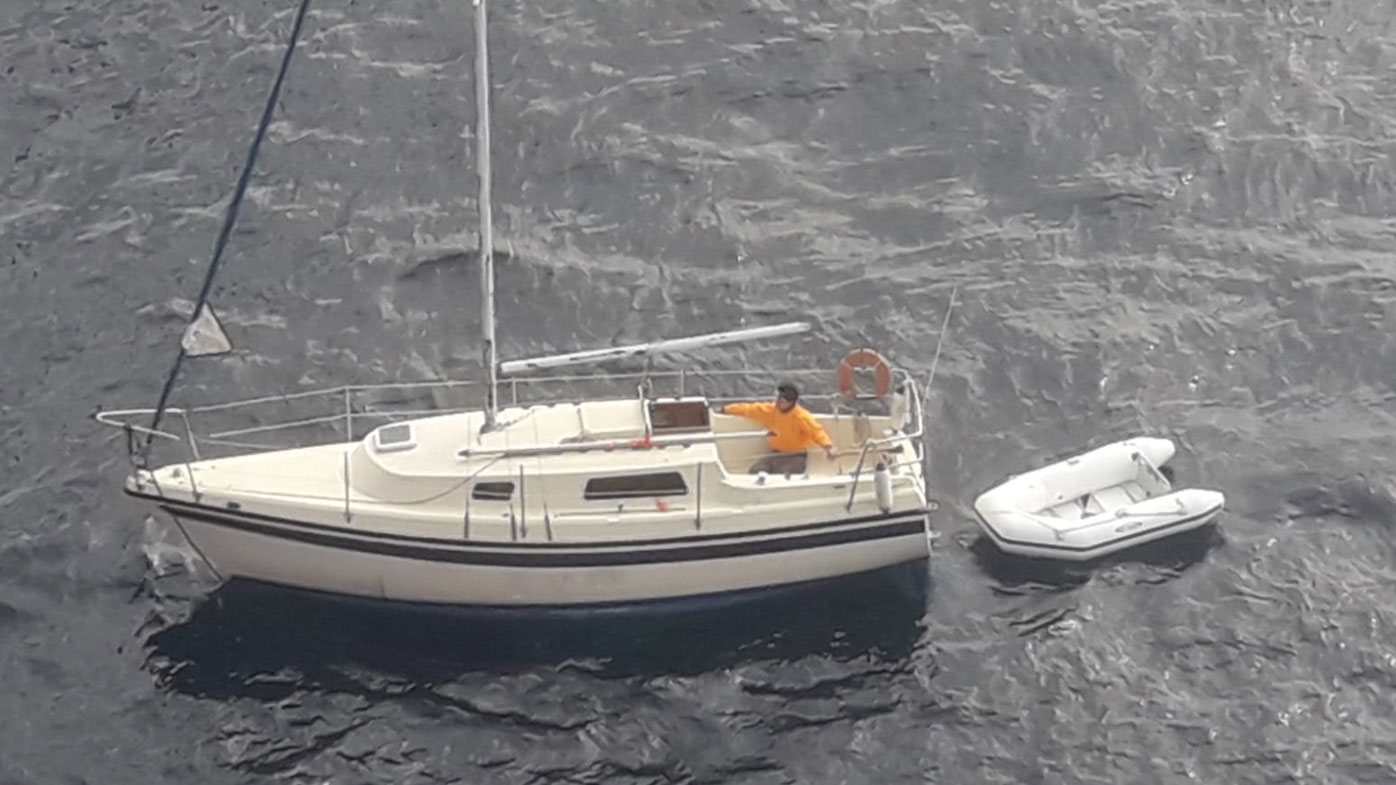 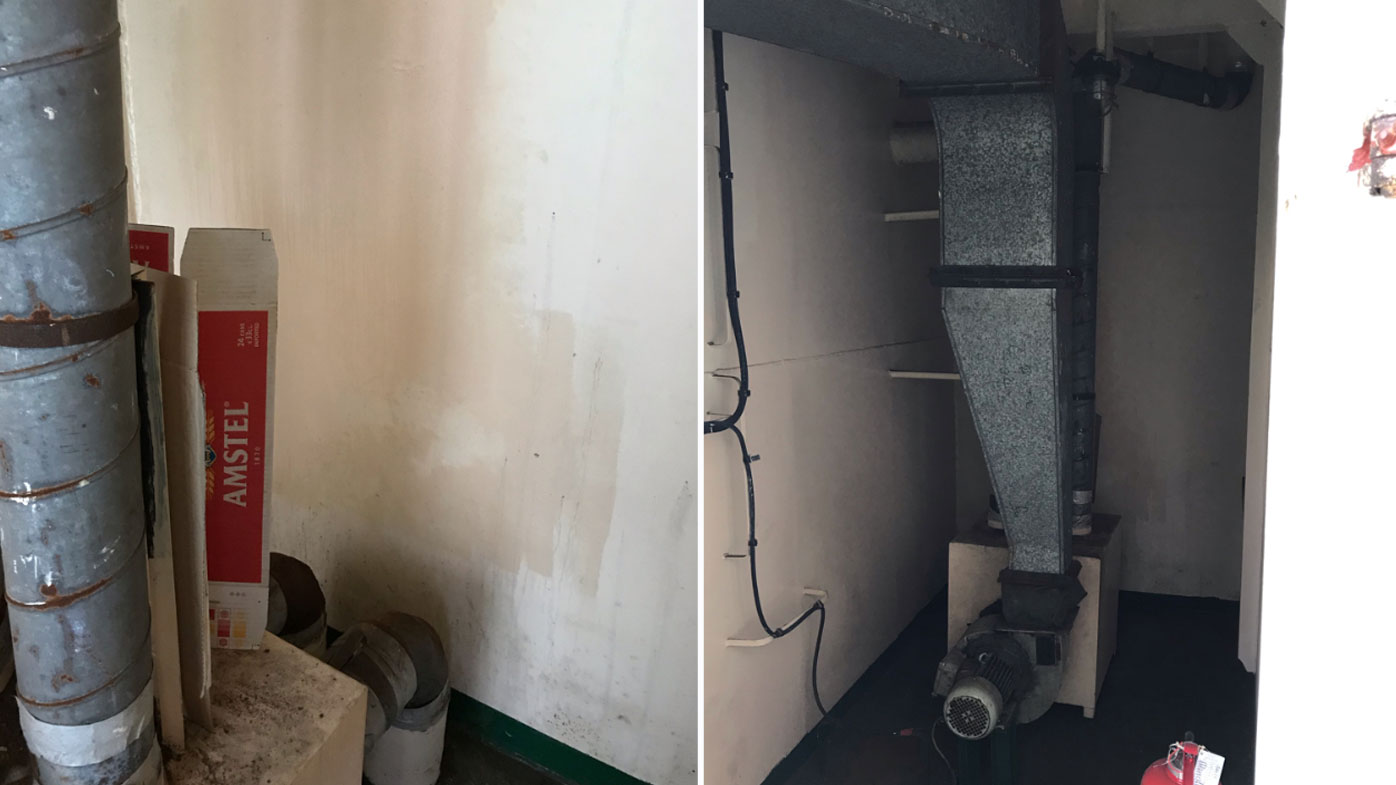 As the carrier entered Newcastle waters about 9pm the same day, staff discovered the tow line had snapped and the rescued man was missing.

Roughly 20 crew members on board the vessel conducted two detailed searches of the boat as well as surrounding waters but failed to find the man.

Australian Border Force officers and NSW Police were called in to help with the search on Sunday morning.

About 11am, the man was found allegedly hiding in an air-conditioning vent on the boat. 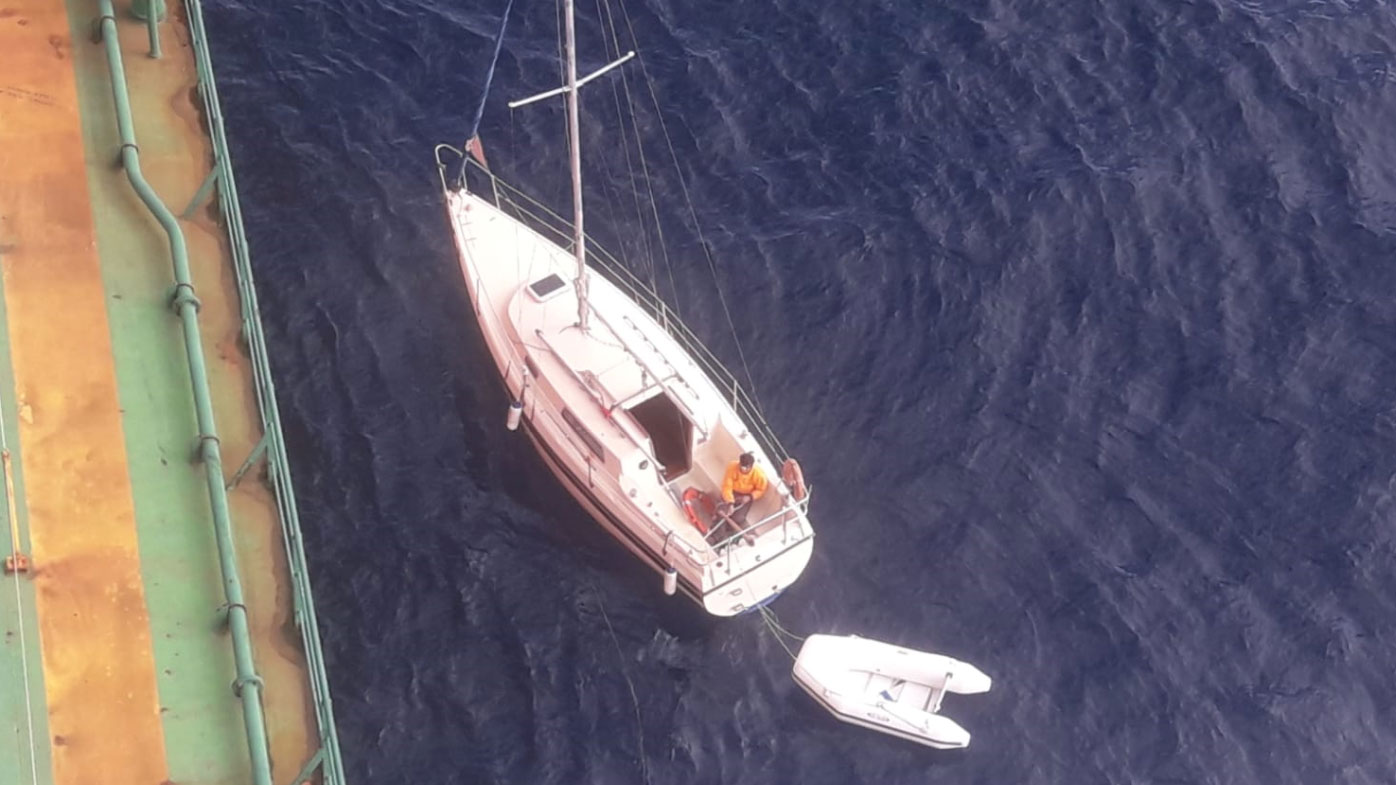 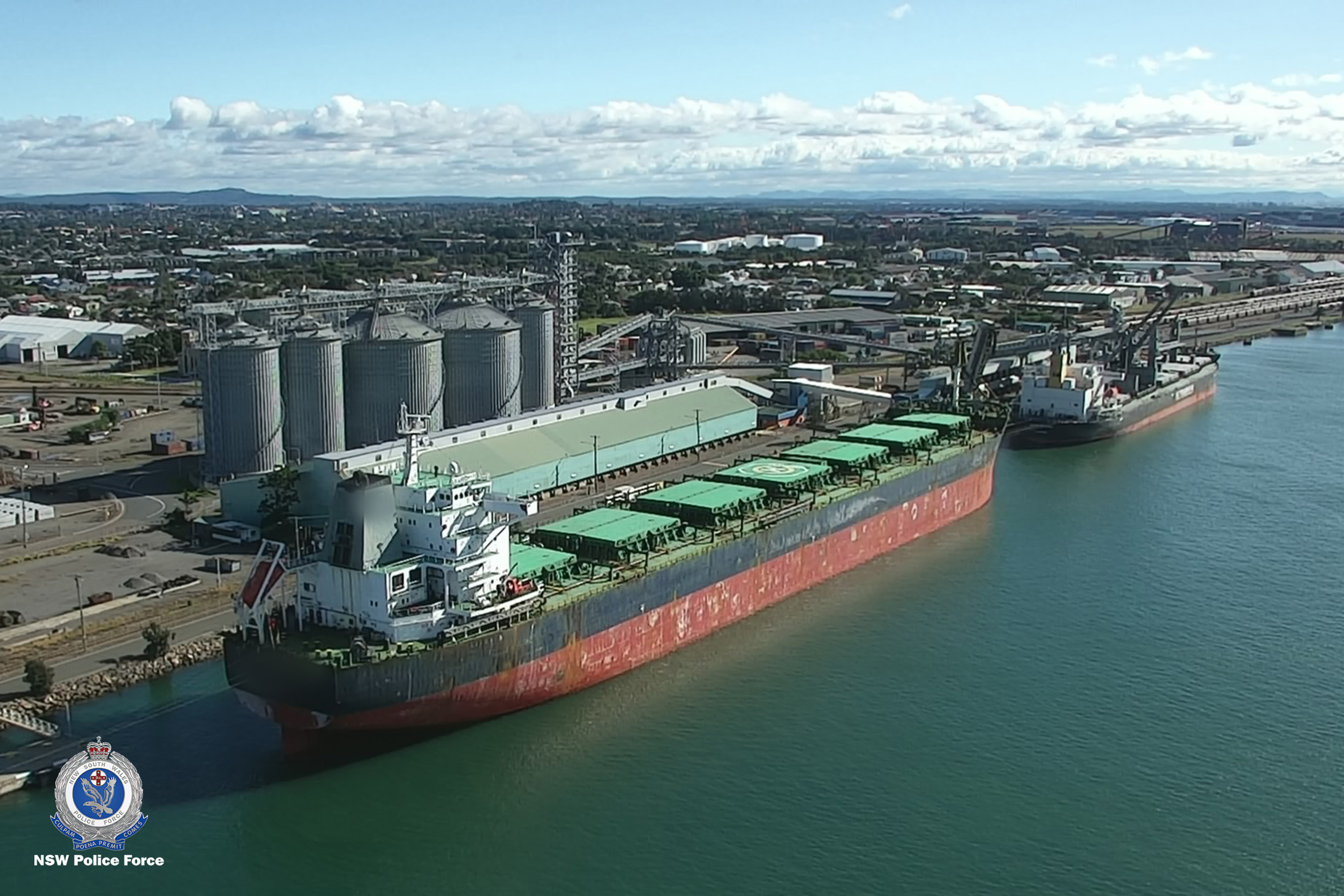 A police check revealed the man from Peakhurst, in Sydney's south, was in breach of bail over an alleged sexual assault.

"This is a bit bizarre, it started as a search and rescue and turned into an arrest," Acting Superintendent Joe McNulty of NSW Police Marine Area Command told 9News.

"He was surprised we found him but was in fairly good spirits and accepted the gig was up.

"He was definitely an interesting character." 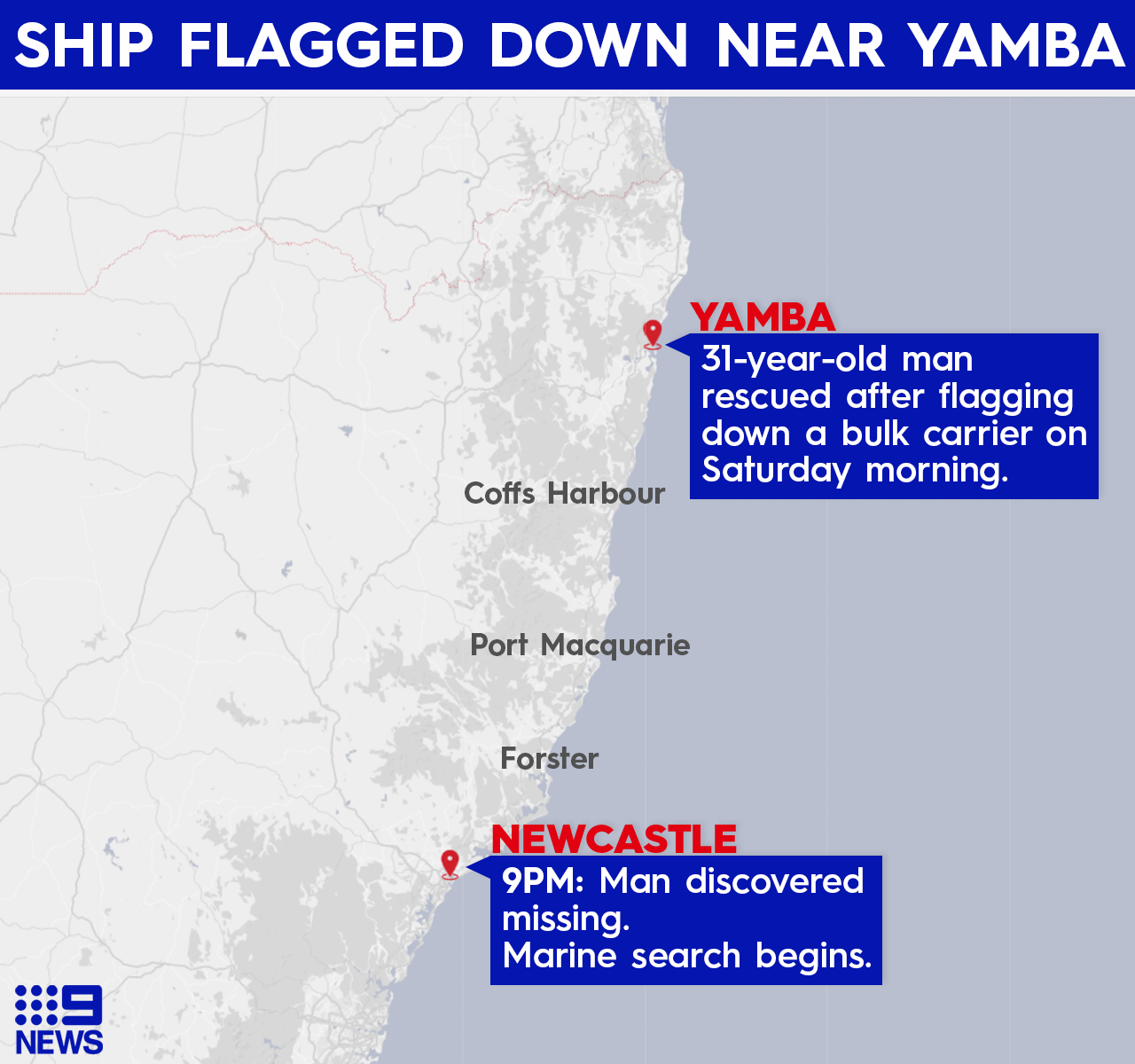 During the arrest and search of the man, police allegedly found a knife and $4,435 in cash.

Police allege the man deliberately cut the tow line attached to the yacht and planned on hiding onboard the ship until it departed Newcastle for Malaysia.

He holds dual citizenship with Australia.

The man was refused bail and is expected to front Sutherland Local Court today.