The spread of COVID-19 between two diners at a Perth restaurant has prompted a mandatory 14-day self-isolation for anyone who visited the venue and six other high-risk exposure sites across the city.

The spread of COVID-19 between two diners at a Perth restaurant has prompted a mandatory 14-day self-isolation for anyone who visited the venue and six other high-risk exposure sites across the city.

Western Australia on Sunday recorded no new locally transmitted cases of the virus, with one new case in hotel quarantine.

However, Premier Mark McGowan said a man in his 40s was a confirmed case late on Saturday, the first day of the snap three-day lockdown of the Perth and Peel regions.

"Late yesterday afternoon, Western Australia Health advised the public that one new COVID-19 case had been recorded in the community," Mr McGowan said.

"That result came after my media conference yesterday and obviously very concerning. The man in his 40s became unwell on Friday April 23 and presented for a COVID-19 test."

The man — dubbed case 986 — is a finance worker from Landsdale who visited the Landsdale Early Learning and Enrichment Childcare on April 20, 21 and 22 which is also listed as an exposure site.

WA Health authorities have installed a pop-up testing clinic over fears the man was infectious for three days.

Health Minister Roger Cook said he expected around 200 people — around 70 families and staff from the childcare centre — to be tested at the clinic.

Paediatric nurses have been called up to Landsdale to assist with the testing.

Case 986 caught the virus from the Kitchen Inn restaurant in Kardinya when he was sitting at a separate table to the COVID positive Victorian man and his friend.

The Victorian man caught the virus from Perth's patient zero who was a returned traveller granted an exemption to fly to India for a wedding, which is currently suffering one of the world's worst surges of the virus of the entire pandemic. 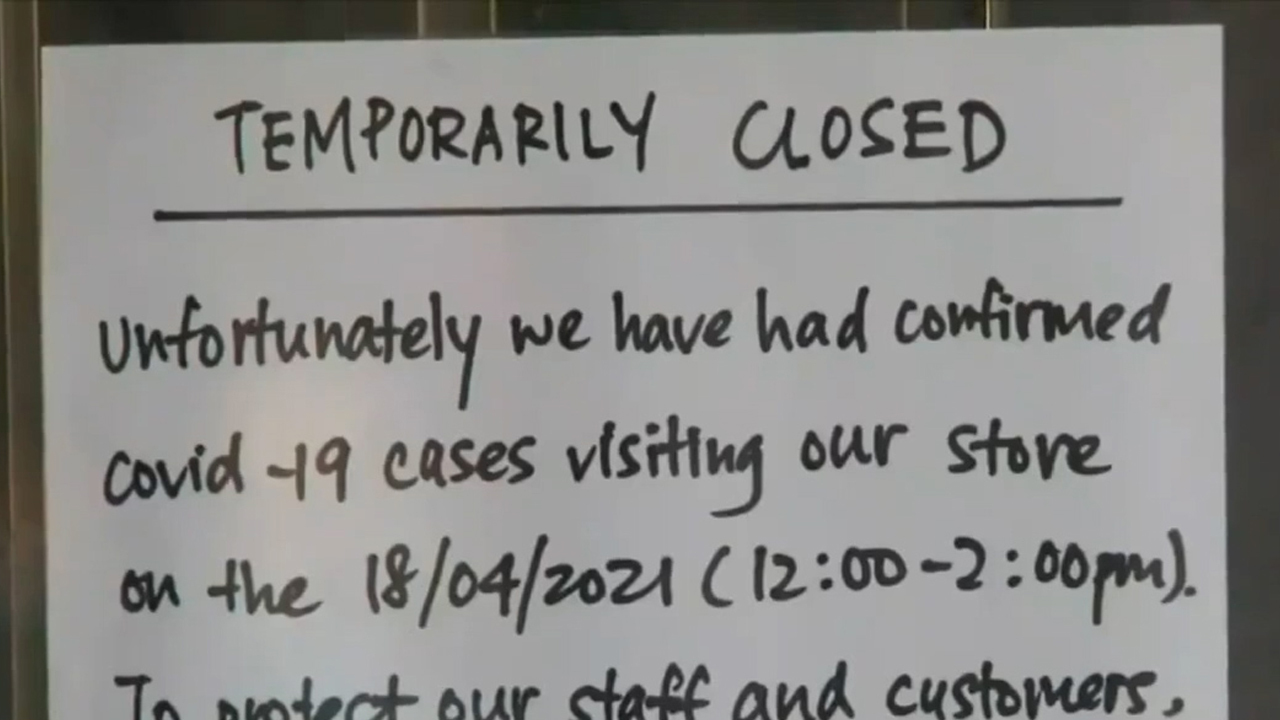 "If you want to go overseas, it should be for only the most extraordinary of reasons at this point in time," Mr McGowan said.

The Kitchen Inn is now listed as an exposure site. Those previously considered a casual contact, are now considered close contacts.

The spread of the virus is concerning enough it is prompting new rules - anyone who has been at one of the seven high risk exposure sites must isolate for 14 days regardless of their test result.

"It certainly elevated our concerns and that's the reason why we have now said people who were at those restaurants, that previously would have been considered a casual contact, have now been considered close contacts," Mr Cook said today.

WA health authorities have now identified a total of 359 close and casual contacts of the confirmed cases. So far on 85 of those have tested negative.

Among the new high-risk sites:

Concerned residents and those who worked in the area were among scores of people who queued up for a COVID test, some waiting four hours.

Perth and the Peel region was plunged into a snap three down lockdown from midnight yesterday.

Those returning from the long weekend will be allowed back into the lockdown zone, however, of the 8000 travelling between border checkpoints almost 290 have been turned around.

The restrictions are set to lift by Tuesday, but Mr McGowan would said the next 24 hours were critical.

"Right now it's too early to predict what will happen come Tuesday" he said.

Mr McGowan said he would extend the lockdown if there was still a risk of the virus spreading locally.

"We just have to be cautious," he said.

"We're not going to make a move which will elevate the risk to the Western Australia public, our number one priority is to keep West Australians safe.

"So, we won't be opening up if we think there's any potential for further outbreak."

Mr McGowan said WA had 2156 returned travellers in hotel quarantine, but reiterated his comments the federal government needed to do more to assist with the program.

He said the high numbers of returned overseas travellers continues to put "strain and pressure" on our hotel quarantine system.

"I asked the Commonwealth to halve our international arrivals for at least a month. This request has been accepted," he said.

"However, the reduction in our weekly cap will only begin from Thursday morning. The reduced cap of 512 per week will stay in place until May 30.

"However, if the Commonwealth is unable to assist with proper quarantine facilities, I am reluctant to return to the full 1025 per week cap.

"That weekly number of returning residents is not something that can continue long term without proper Commonwealth quarantine facilities being used. I'll discuss this further with the Prime Minister and my state and territory colleagues in coming days."

Mr McGowan set his targets on the Federal Government, saying calls for help with the hotel quarantine system have been ignored.

However, today, Defence Minister Peter Dutton said Mr McGowan agreed, along with other Australian premiers, to manage hotel quarantine, and knew the Mercure wasn't fit for purpose before outbreak. 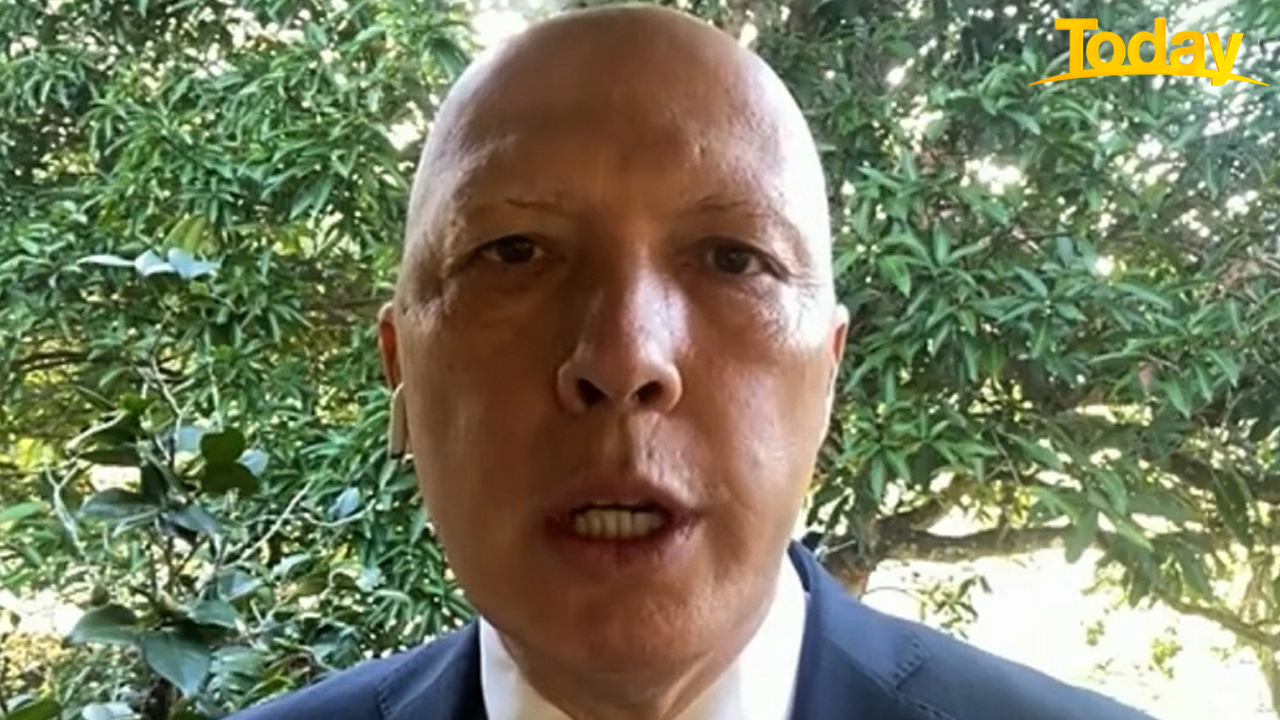 "The facts are that the premiers agreed last year on medical advice to conduct the hotel quarantining in the way that they are doing," Mr Dutton told ABC's Insiders.

"If you're talking about tented facilities, which you would need – our airbases don't hold thousands of people. This has all been looked at by the premiers. Again, Mark McGowan has made a mistake with the Mercure Hotel.

"Nobody has been critical of him for that. He doesn't need to be defensive. He doesn't want to be the next Dan Andrews, where they had significant problems.

"They have got other hotels that are perfectly fit for purpose. WA had already identified that the Mercure wasn't fit for purpose and so they are moving away from that. I'm not critical of that, the reason has been learned."