Americans went to the polls today under the shadow of a resurging pandemic, with an alarming increase in cases nationwide and the number of people hospitalised with COVID-19 reaching record highs in a growing number of states.

Americans went to the polls today under the shadow of a resurging pandemic, with an alarming increase in cases nationwide and the number of people hospitalised with COVID-19 reaching record highs in a growing number of states.

While daily infections were rising in all but three states, the surge was most pronounced in the Midwest and Southwest. Nebraska's largest hospitals started limiting elective surgeries and looked to bring in nurses from other states to cope with the surge.

Hospital officials in Iowa and Missouri warned bed capacity could soon be overwhelmed.

The resurgence loomed over candidates and voters, fearful of both the virus itself and the economic toll of any new shutdowns to control its spread.

The debate over how far to take economically costly measures has divided a country already sharply polarised over President Donald Trump's turbulent four years in office.

The pandemic coloured who voters chose at the ballot box and how they did it. While many Americans took advantage of expanded access to mail-in voting, lines were long in many polling places, with record turnout expected and reminders of the pandemic everywhere. 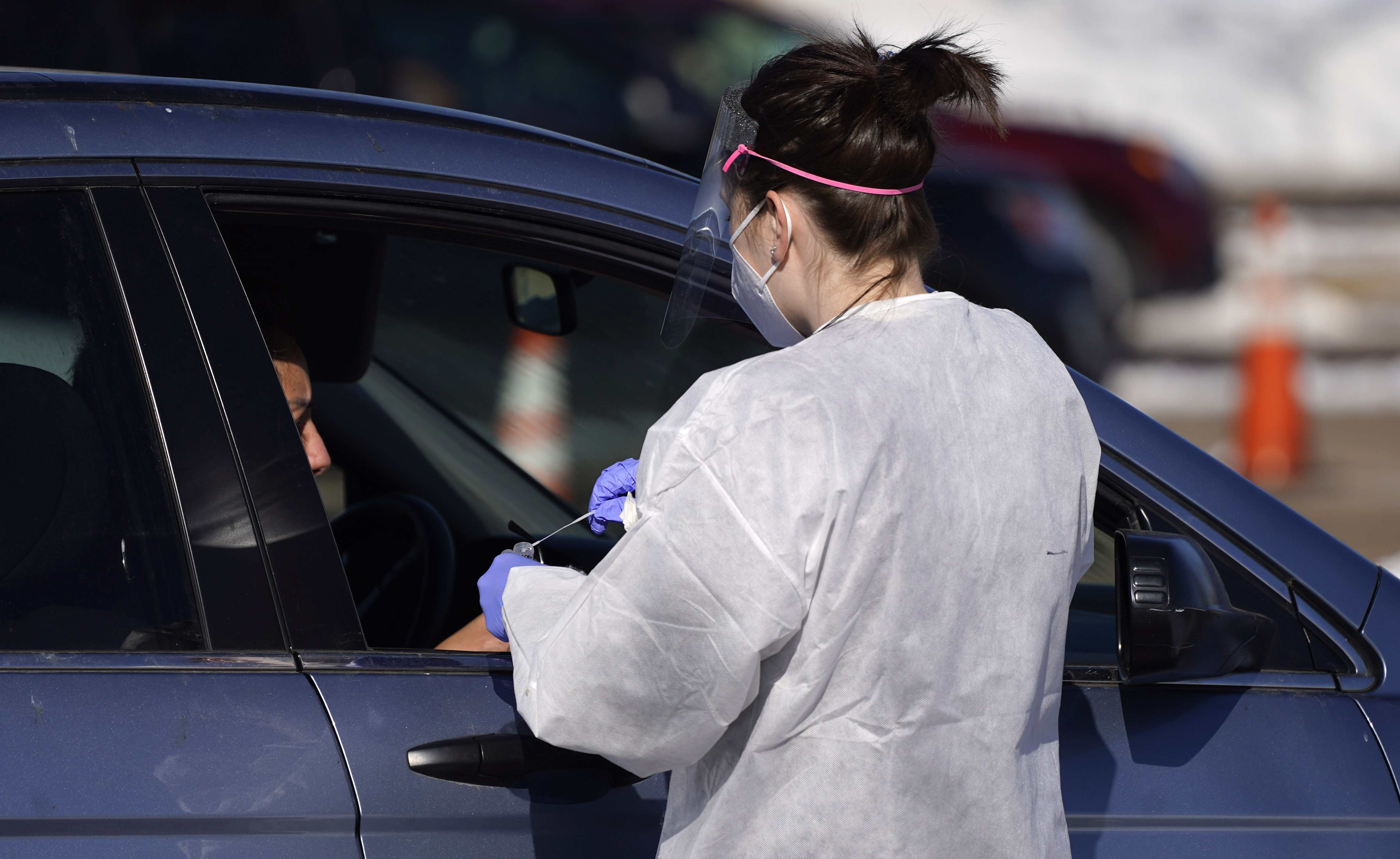 "It's very serious that we have 400 people gathered in one space at the height of the pandemic here in Wisconsin. So, we've tried to take every measure to limit the movement throughout the room," said Claire Woodall-Vogg, the election commission director of the city of Milwaukee, where poll workers were spread out into 12 different pods to limit contact.

In Indiana, the Republican candidate for attorney general tested positive for COVID-19 after developing "some symptoms," his campaign announced.

Former US representative Todd Rokita had been quarantining with his family after learning he was exposed to the virus, it said.

IN PICTURES: Crowds gather around the US as election results roll in 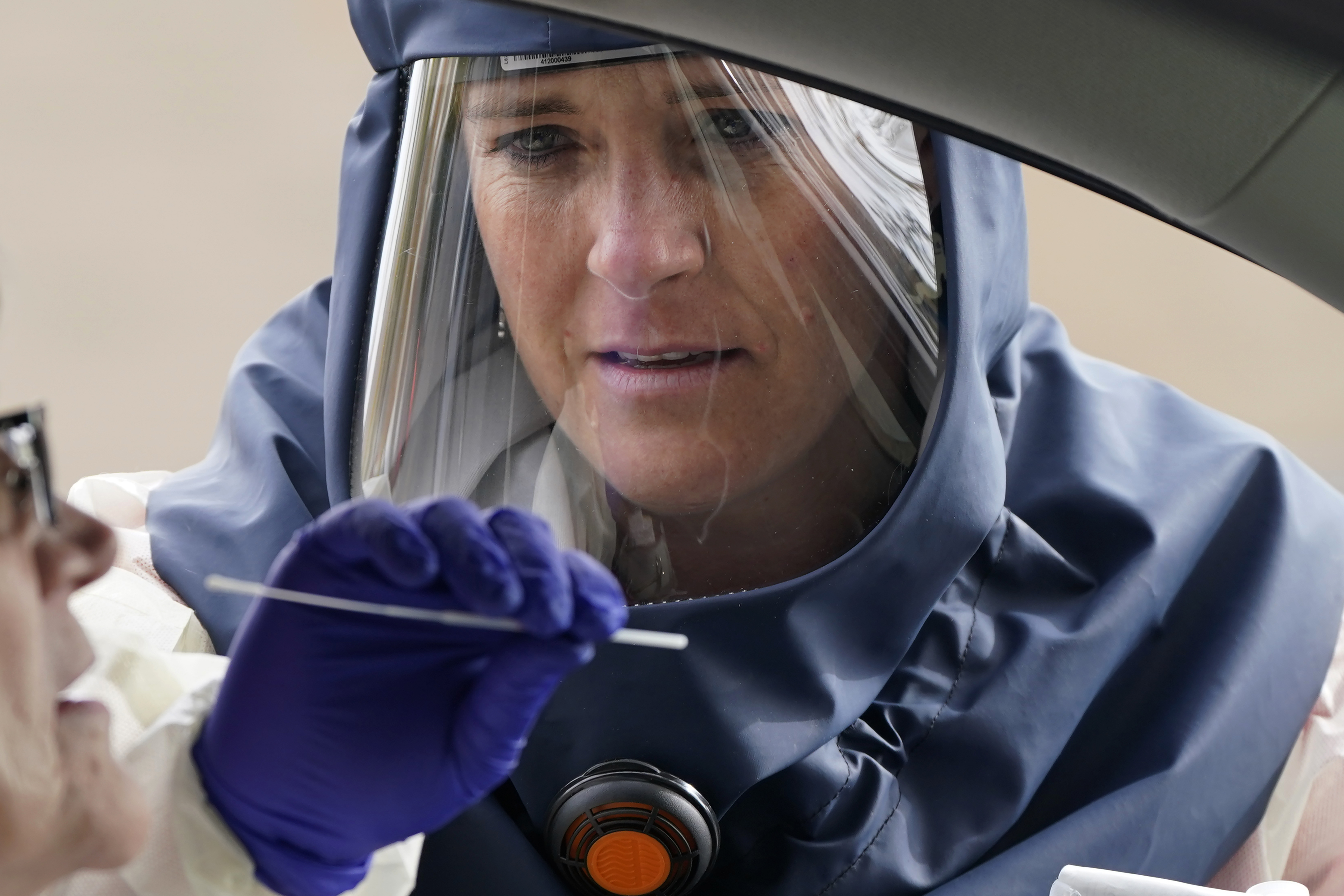 Hall said some voters' hands were moist when they handled the ballots and the buildup of sanitiser eventually caused the scanner to stop working. The machine was fixed in about an hour.

Meanwhile, Iowa hospital officials warned that facilities and staff could be overwhelmed without serious efforts to curtail the virus spread.

The seven-day rolling average of the state's positivity rate reached 36.4 per cent over the weekend, the third-highest in the nation behind South Dakota and Wyoming, according to researchers at Johns Hopkins University. Hospitalisations reached a record 730 on Monday. Suresh Gunasekaran, CEO of University of Iowa Hospitals and Clinics, said the state is entering its third peak, one that is higher than previous ones in May and July.

He said his biggest concern is that this peak comes at the beginning of the cold weather season, when the flu and other respiratory conditions typically increase hospitalisations.

READ:  The Perils Of Young People Trying To Get Into The Job Market Amid COVID-19

Health officials in Nebraska said hospitalisations have doubled in recent weeks, reaching a record 613 on Sunday.

"No doubt if this trend continues — not just at our hospitals — but every hospital in the state could be at capacity in a very short period of time," Dr Cary Ward, chief medical officer for CHI Health's network of 14 hospitals across eastern Nebraska and western Iowa, said during a video call with reporters. 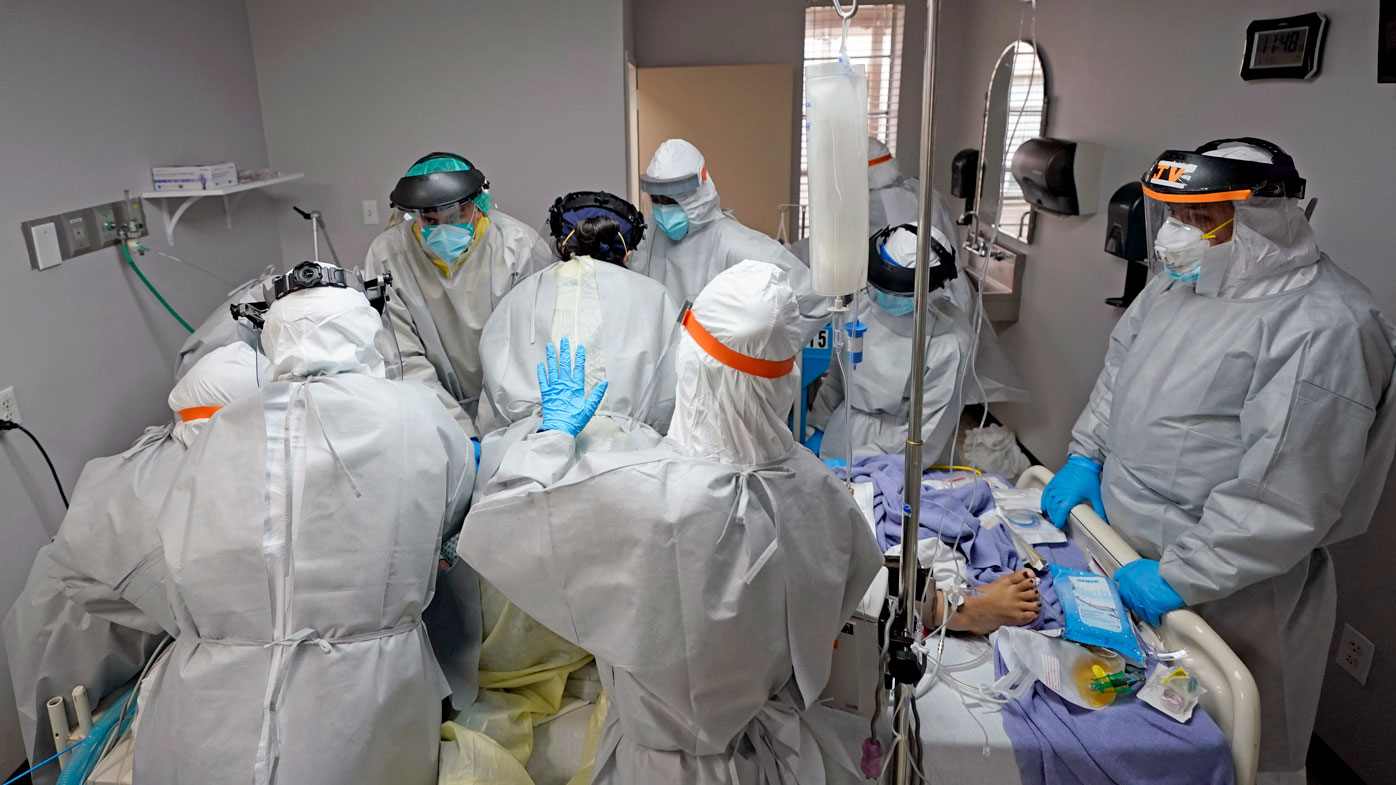 In Missouri, leaders of several rural hospitals raised alarms about bed capacity during a conference call last week with Republican Governor Mike Parson, who drew renewed fire from his Democratic election challenger for his refusal to issue a statewide mask mandate.

Missouri's health department reported 1659 hospitalisations statewide Monday, surpassing by 10 the previous record set a day earlier. Among the five additional deaths was a 13-year-old boy, the first child under 14 to die from the virus in Missouri.

New Mexico's hospitalisations marked a new high for the 12th day in a row, with 401 reported today. The state also set a record for the number of COVID-19 cases reported in a single day, 1141.

In Colorado, officials said more residents have been hospitalised with the coronavirus than at any time since a peak in April.

Trump's insistence that the US is "rounding the turn" on the virus angered many voters confronting figures that tell a different story.

READ MORE: What the results are showing in the crucial state of Florida