Arizona, Texas and Florida together reported about 25,000 new coronavirus cases on Wednesday as restrictions aimed at combating the spread of the pandemic took hold in the United States and around the world in an unsettling sign reminiscent of the dark days of April.

Arizona, Texas and Florida together reported about 25,000 new coronavirus cases on Wednesday as restrictions aimed at combating the spread of the pandemic took hold in the United States and around the world in an unsettling sign reminiscent of the dark days of April.

The face-covering mandates, lockdowns, health checks and quarantine orders underscored the reality that the number of infections is continuing to tick upward in parts of the world and that a return to normalcy may be farther off than many leaders had envisioned just weeks ago.

Alabama will begin requiring face masks after the state reported a pandemic-high of 40 deaths in a single day. In Texas, which again set a record on Wednesday for confirmed new cases with nearly 10,800, Republican Govenor Greg Abbott has increasingly emphasised face coverings as the state's way out of avoiding another lockdown, which he has not ruled out.

READ MORE: The city at the epicentre of the pandemic 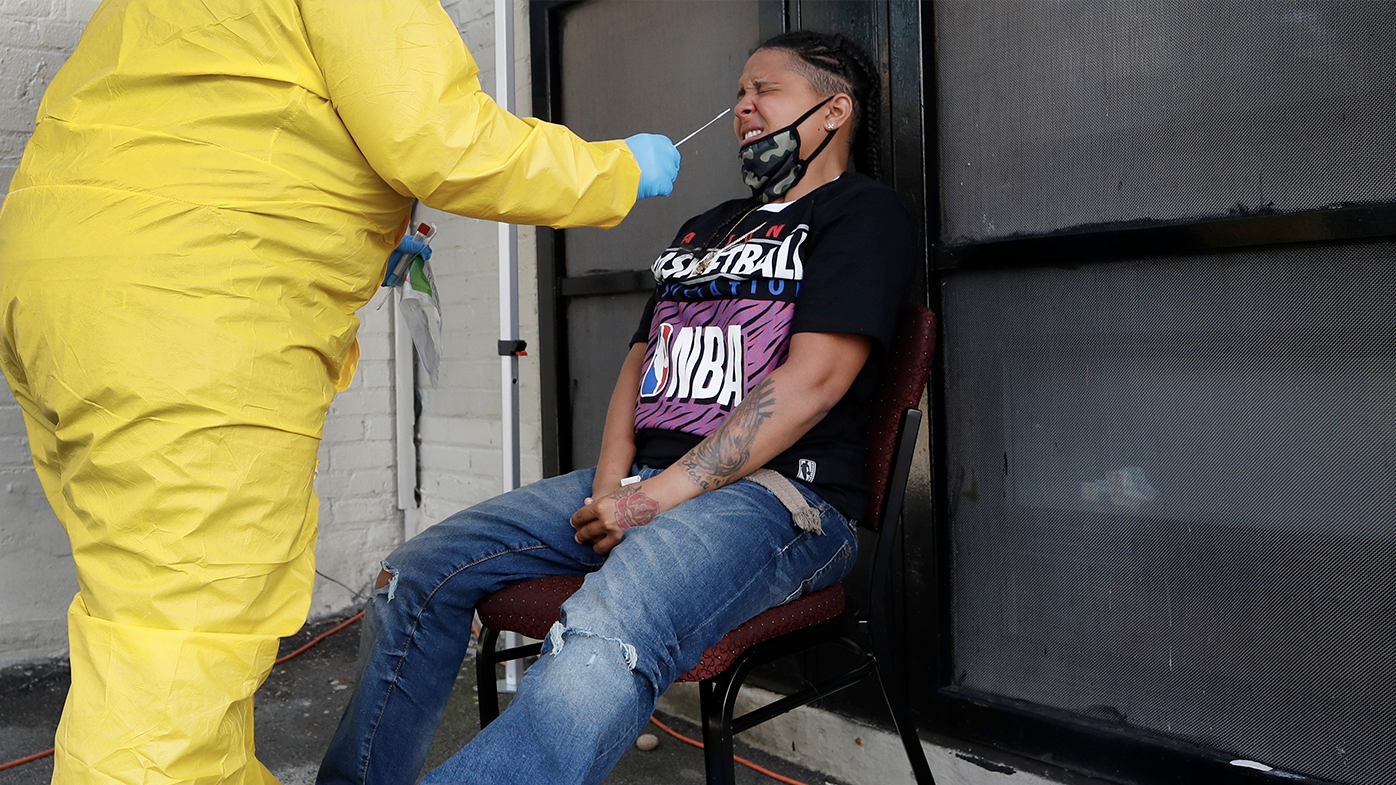 Among the sternest measures were in New York, where Govenor Andrew Cuomo added to a list totalling 22 states whose visitors will be required to quarantine for 14 days if they visit the tri-state region. Out-of-state travellers arriving in New York airports from those states face a $2000 fine and a mandatory quarantine order if they fail to fill out a tracing form.

The broad reach of the virus has brought scrutiny to governors' decisions. Oklahoma Governor Kevin Stitt, a first-term Republican governor who has backed one of the country's most aggressive reopening plans, became the first US governor to announce that he had tested positive for COVID-19. He plans to quarantine at home. 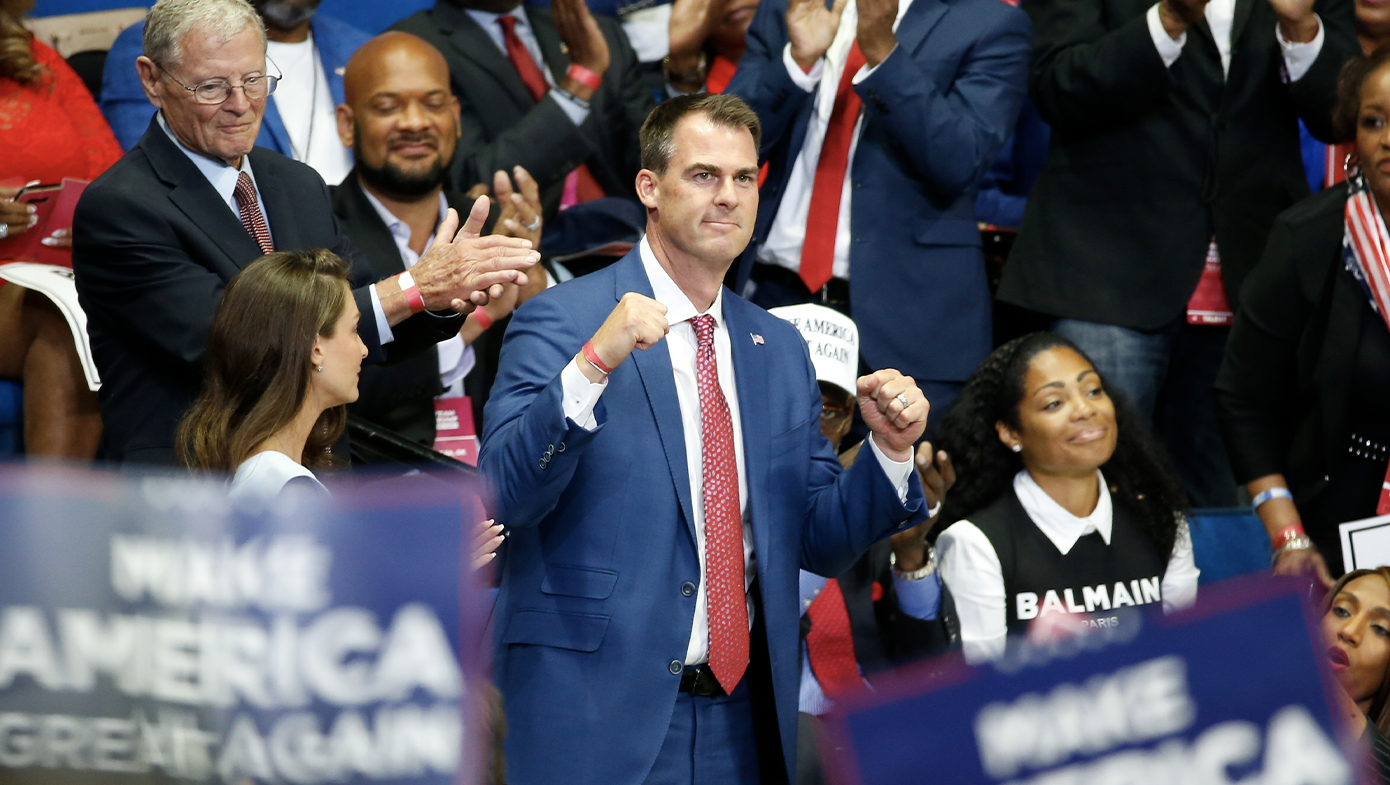 Mr Stitt, who has resisted any state-wide mandate on masks and rarely wears one himself, attended President Donald Trump's rally in Tulsa last month, which health experts have said likely contributed to a surge in coronavirus cases there, though Mr Stitt said he's confident he didn't contract the virus at the gathering.

Florida broke the 300,000 barrier on confirmed cases on Wednesday, reporting 10,181 new ones as its daily average death rate continues to rise. Major cities in Florida have imposed mask rules, but Governor Ron DeSantis has declined to issue a state-wide order, arguing those are best decided on and enforced locally. 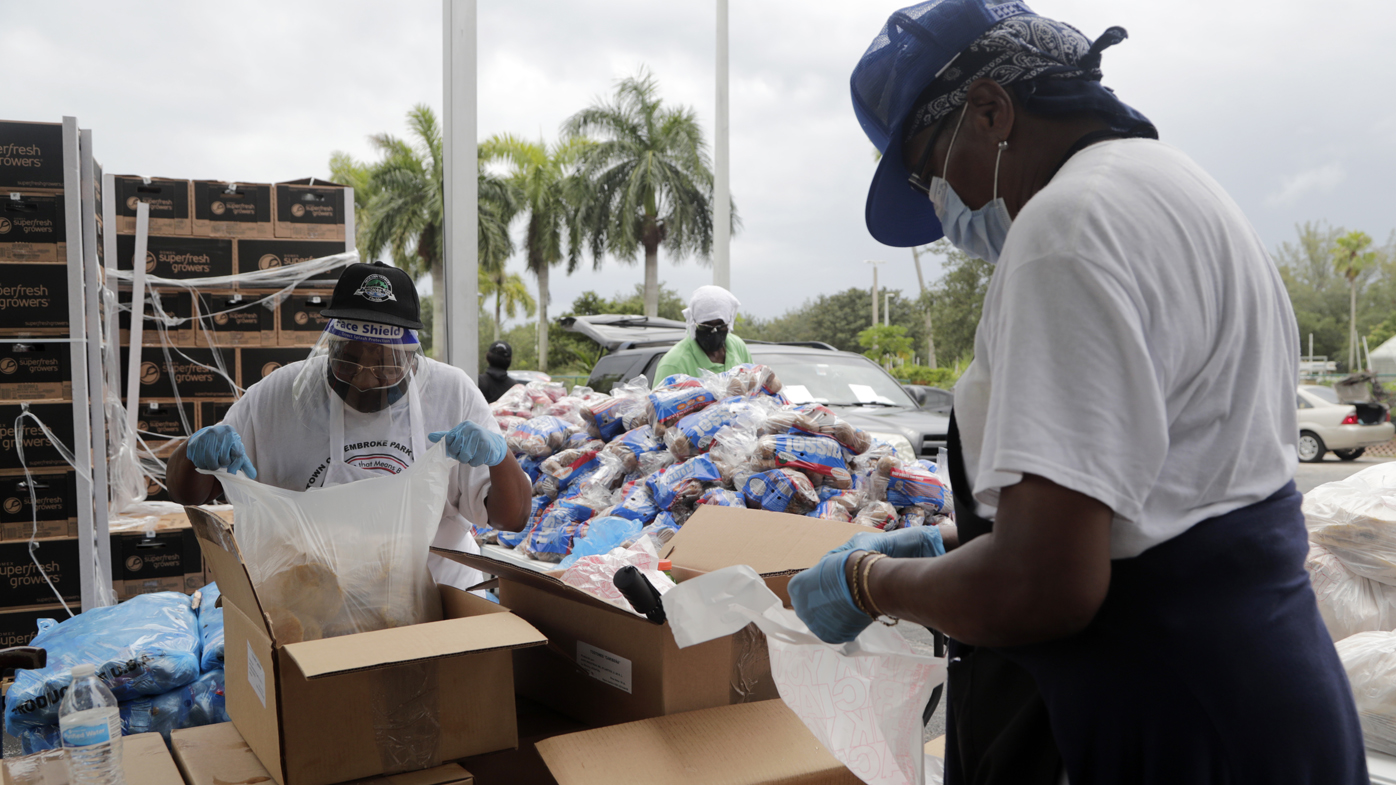 Still, on Tuesday the governor wore a mask while speaking publicly for the first time — at a round-table news conference with Miami-Dade County mayors.

"We have broken single-day records several times this week and there's nothing about it that says we're turning the corner, or seeing light at the end of the tunnel. I don't' see that in the numbers," Dr Nicholas Namias, chief of trauma and surgical critical care at Jackson Memorial Hospital, said. 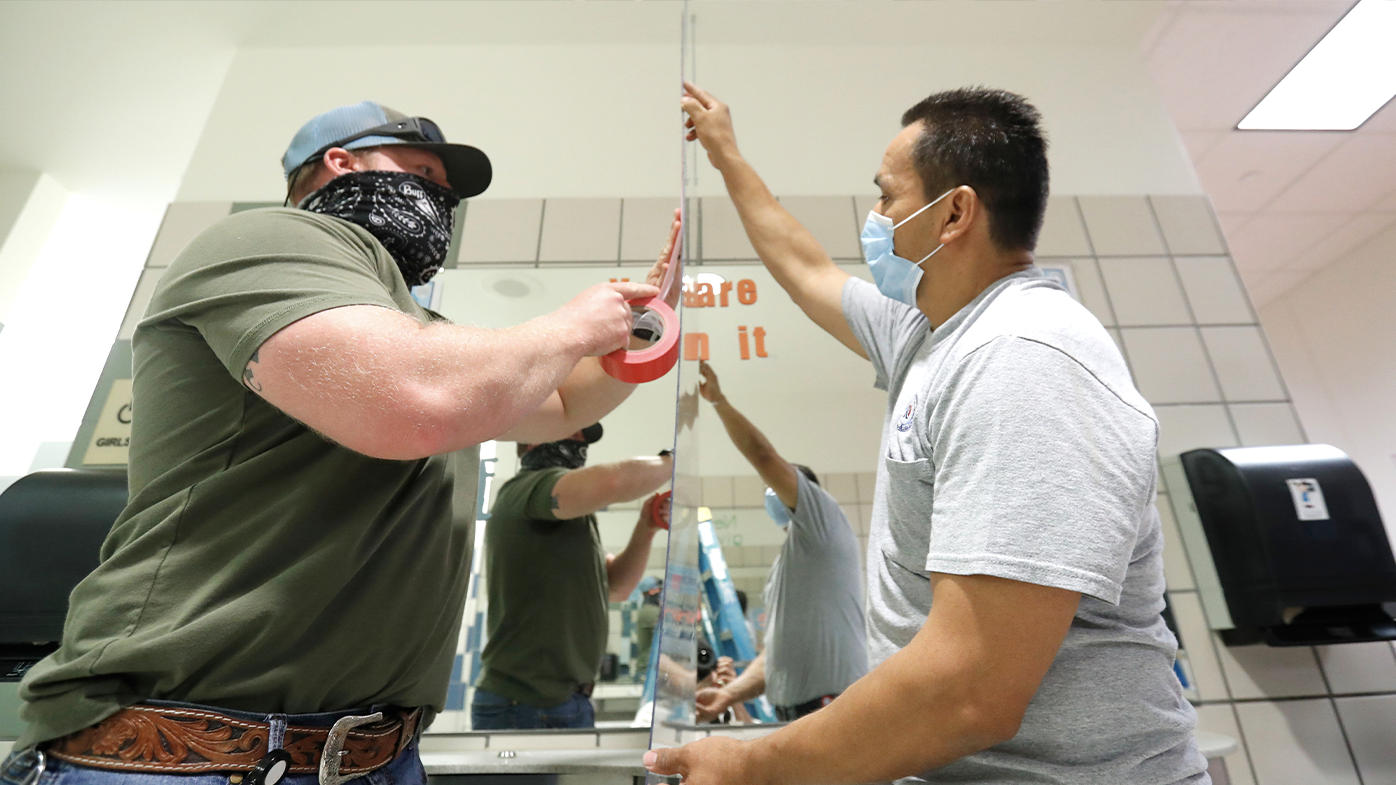 He said diminishing bed capacity is creating problems at the Miami medical center.

"We're getting to the point where it's going to be full. We have gridlock and we won't be able to take patients and they'll just be stacked in the ERs," Dr Namias said.

Businesses imposed their own restrictions, too, with Walmart becoming the largest US retailer to require customers to wear face coverings at all of its Sam's Club and namesake stores. 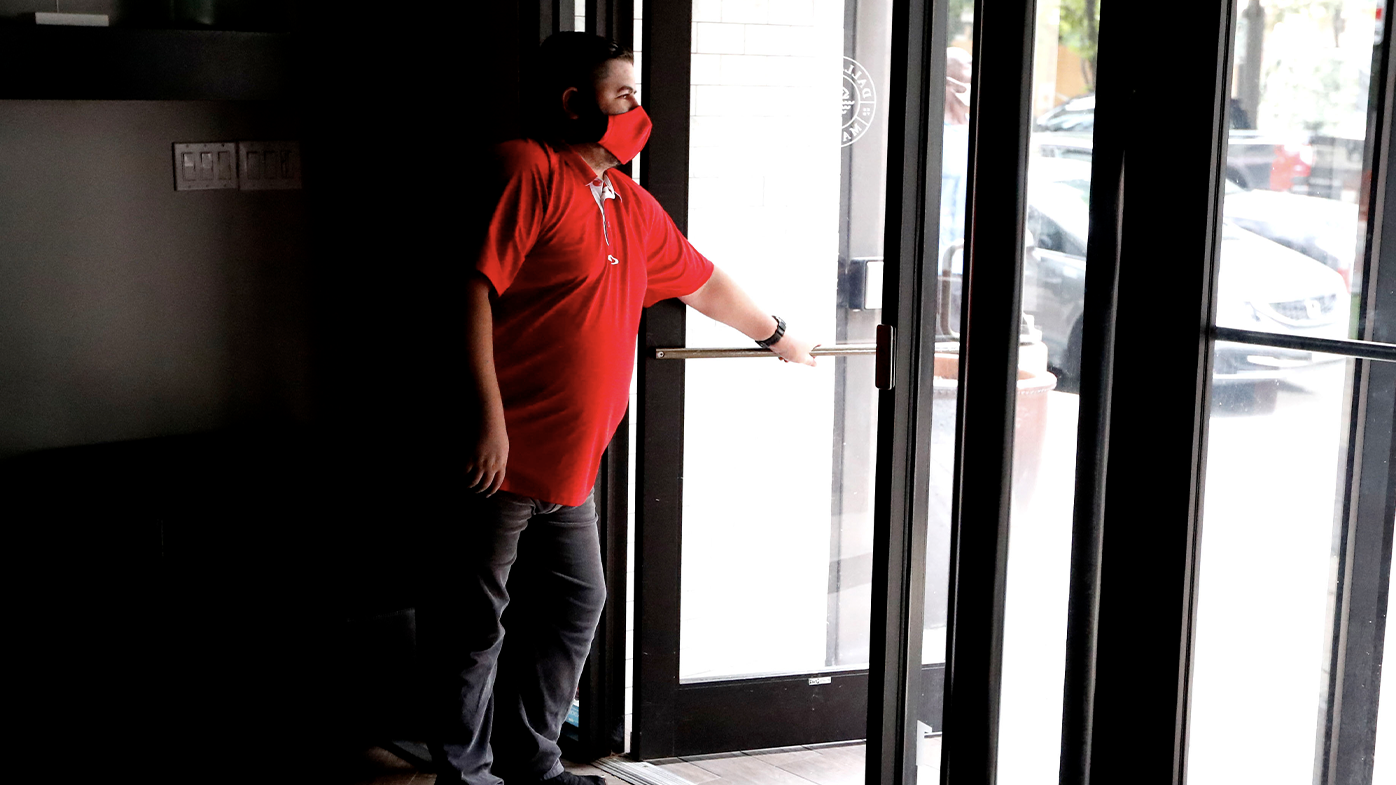 Recreation and entertainment destinations were confronting how and when to return to business.

Organisers cancelled the 2021 Rose Parade in Pasadena, California, because of the pandemic's impact on long-range planning for the New Year's tradition, the Tournament of Roses Association said Wednesday. But Disney World went ahead with the rolling opening of its Florida theme parks that started last weekend, welcoming back visitors to Epcot and Hollywood Studios — despite the surge of cases in the state. As schools contemplate how to safely hold classes, at least three dozen high school students in northern Illinois tested positive for the coronavirus after some attending summer sports camps showed symptoms of the disease. In South Carolina, meanwhile, elected leaders were joining forces to demand that schools open five days a week for in-person instruction.

Infections surge around the world

Other countries imposed lockdowns and implemented new health checks at their borders.

All travellers arriving in Greece from a land border with Bulgaria were required to carry negative coronavirus test results issued in the previous 72 hours. The new rules, which follow an increase in tourism-related COVID-19 cases, triggered an immediate drop in arrivals compared to recent days.

Traffic at the crossing fell by about half, authorities said, but waiting times were still lengthy and a line of cars and trucks was over 500 metres long as the number of tests carried out by medical teams at the border were increased. 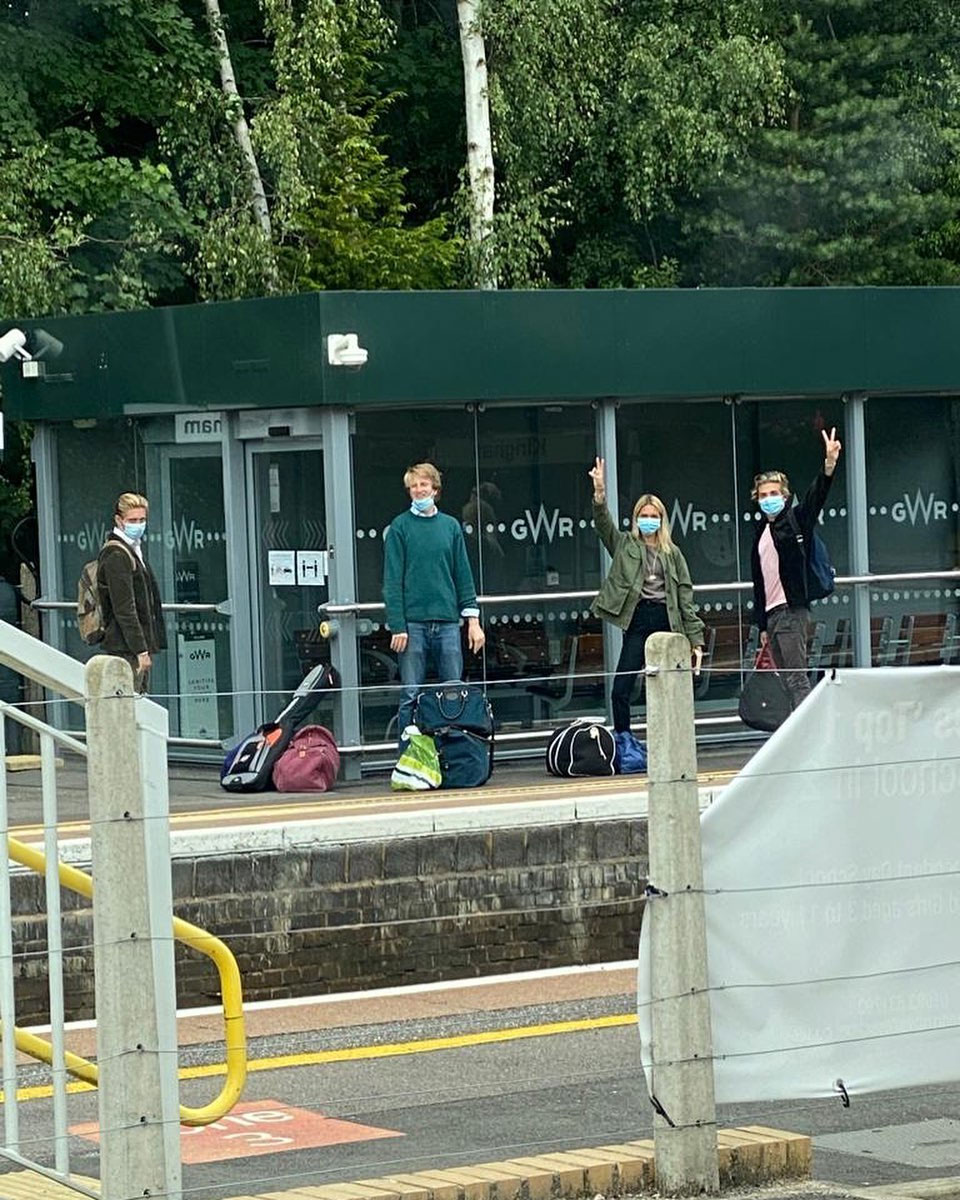 Gergana Chaprazova, 51, from Plovdiv in southern Bulgaria, planned to visit the Greek seaside town of Kavala with her husband, and complained that she was being tested again.

"I have to wait for a test but I (already) have a test from Bulgaria. I don't understand why I must have a test here," she told The Associated Press.

The developments came as more than 13 million coronavirus cases were confirmed worldwide, with over 578,000 deaths, according to a tally by Johns Hopkins University. The actual numbers are thought to be far higher due to a number of reasons including limited testing.

Romania, citing the rising number of infections, announced a 30-day extension for a nationwide state of alert. 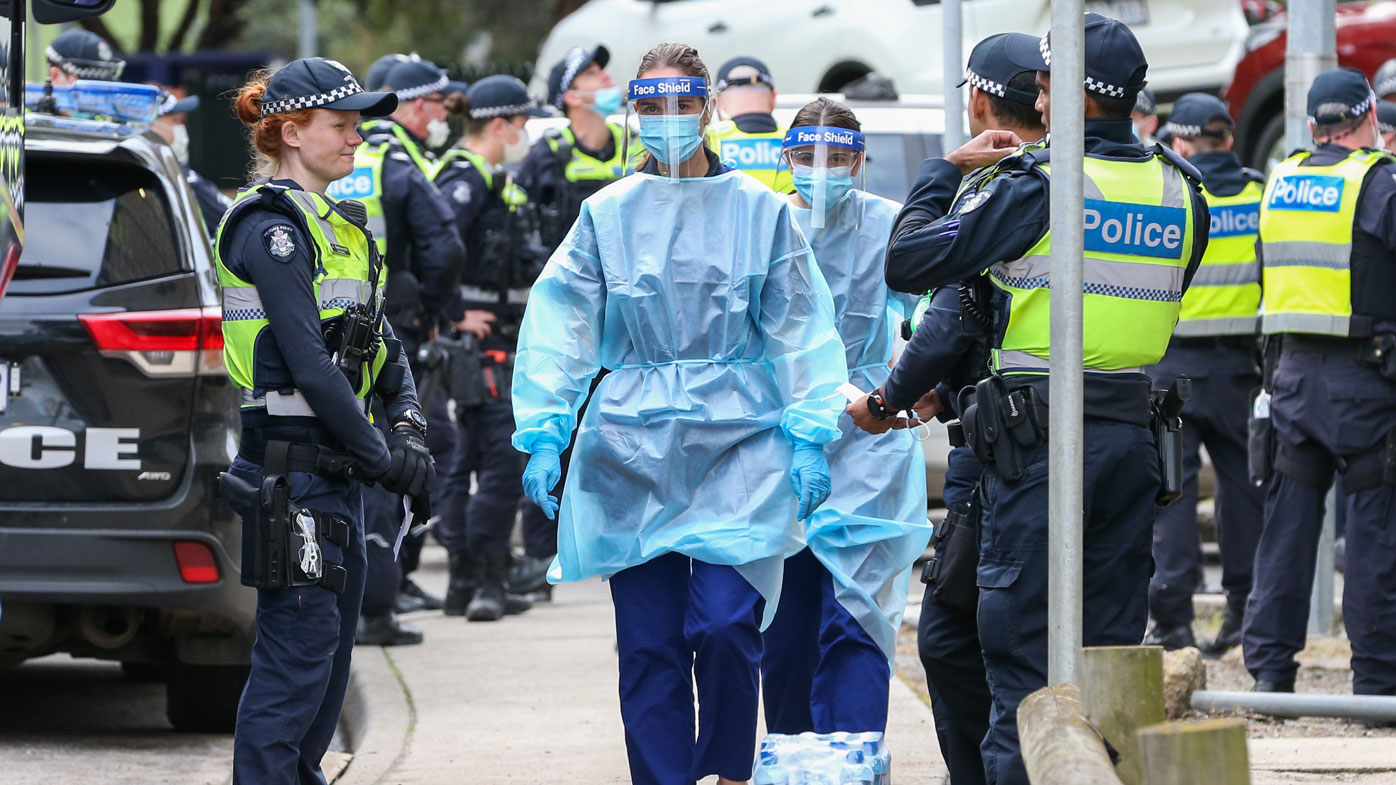 In Serbia, which has been hit by a spike in infections and anti-government protests, a government crisis team expanded a ban on gatherings of more than 10 people from Belgrade to the entire country. Masks were also made mandatory in public spaces where there is no opportunity for 1.5 metres of distancing, such as in shops and bus stations.

After a surge in daily infections beginning last month, Israel moved last week to reimpose restrictions, closing events spaces, live show venues, bars and clubs. It has imposed lockdowns on areas with high infection rates, which in some cases sparked protests from residents. 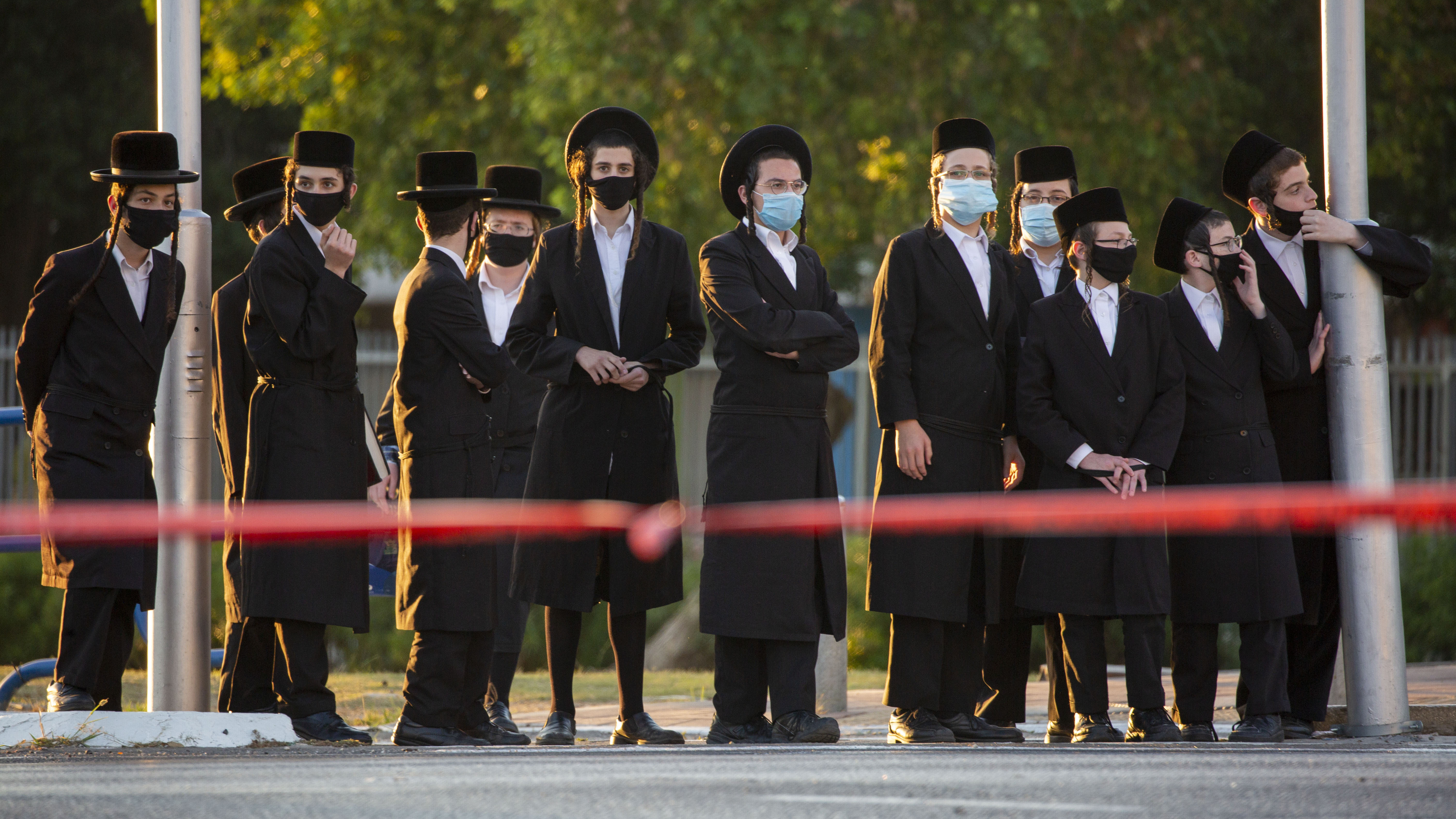 Officials warned that if case numbers don't come down in the coming days, Israel will have no choice but to lock the entire country down again, as it did in the spring.

South Africa is already showing signs of being overwhelmed by the pandemic — an ominous outlook for the rest of the continent of 1.3 billion people.

A ban on alcohol sales and a night curfew were reimposed this week to reduce the volume of trauma patients to hospitals that are struggling to cope with an influx of COVID-19 patients. 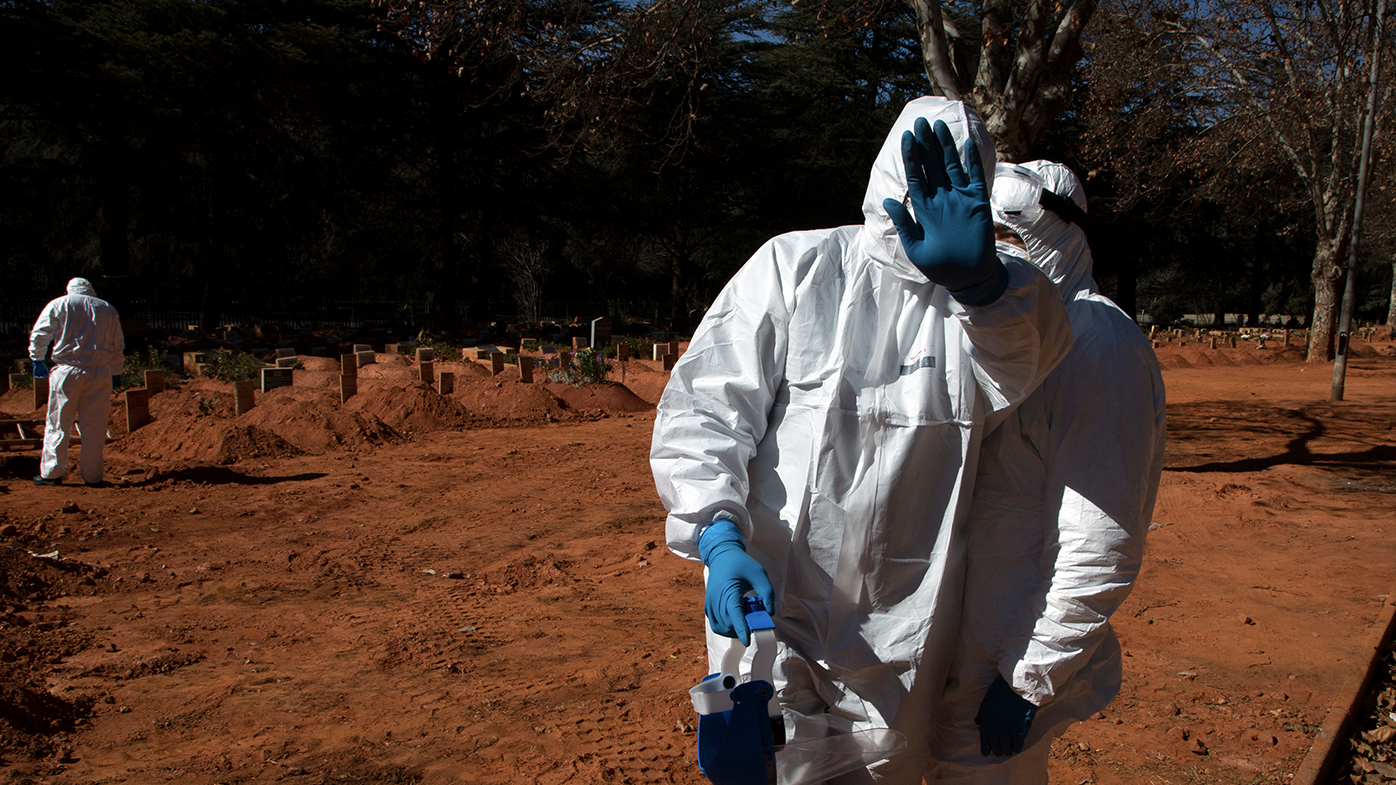 One result was more economic pain in a country which already has a high unemployment rate of 30 per cent.

"This return to the booze ban is causing havoc to the restaurant business, and it's causing people to lose jobs," said Gerald Elliot, owner of a popular Johannesburg restaurant, Ba Pita, which he said closed as a result of the restrictions, with a loss of 28 jobs.

For coronavirus breaking news alerts and livestreams straight to your smartphone sign up to the 9News app and set notifications to on at the App Store or Google Play. Sign up to our breaking 9News newsletter here.