Hundreds of far-right activists gathered to demonstrate in central London’s Parliament Square Saturday, despite strict police restrictions and warnings to stay home to contain the coronavirus.

Hundreds of far-right activists gathered to demonstrate in central London's Parliament Square Saturday, despite strict police restrictions and warnings to stay home to contain the coronavirus.

Some threw bottles and cans at officers, while riot police on horses pushed the crowd back.

Different groups of ring-wing activists and soccer fans came to the UK capital, saying they wanted to guard historical monuments that have been targeted in the last week by anti-racism protesters. 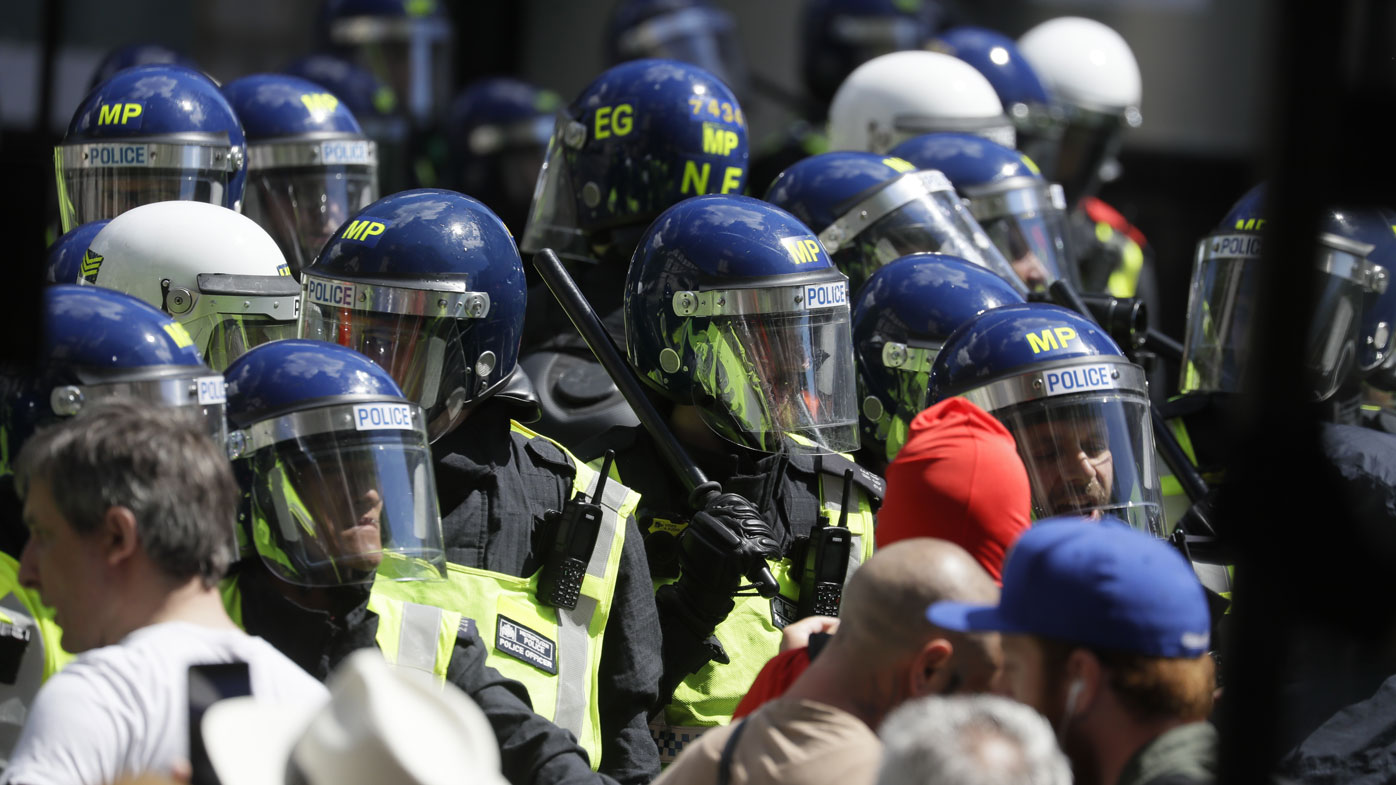 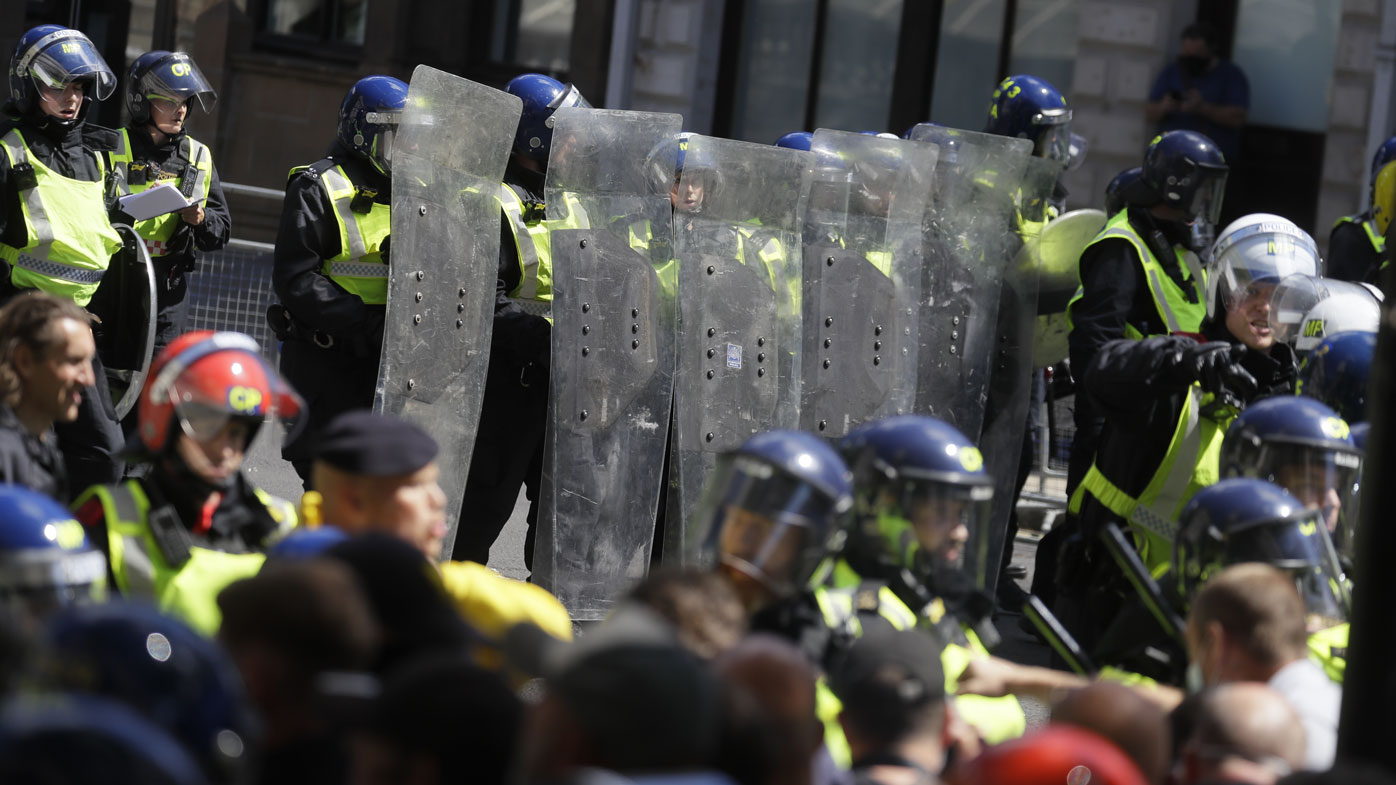 Many of the right-wing supporters gathered around the statue of wartime Prime Minister Winston Churchill and the Cenotaph war memorial, which both were boarded up Friday to protect them from vandalism.

Officials put protective panels around the monuments amid fears that far-right activists would seek confrontations with anti-racism protesters under the guise of protecting statues.

"I am extremely fed up with the way that the authorities have allowed two consecutive weekends of vandalism against our national monuments," Paul Golding, leader of the far-right group Britain First, told the Press Association. 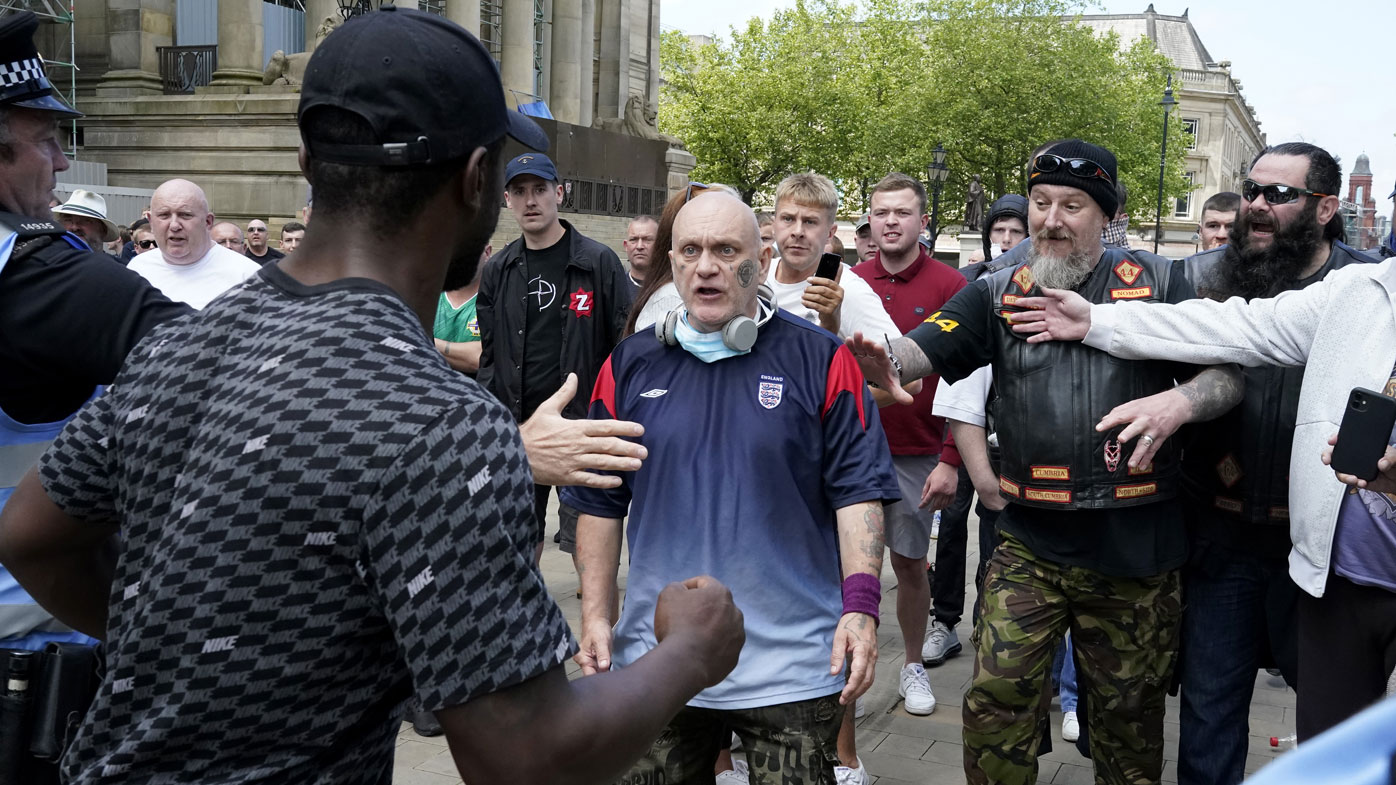 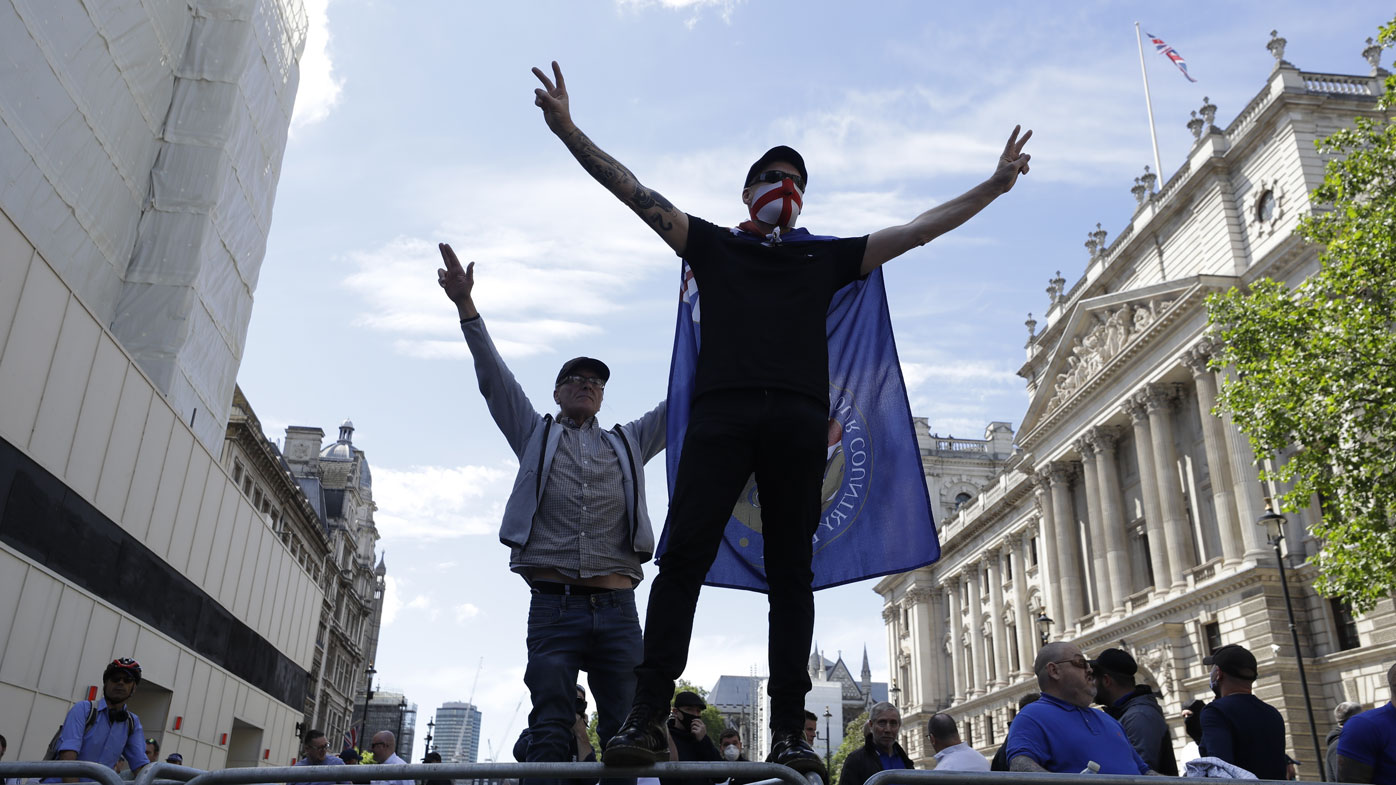 A Black Lives Matter group in London called off a demonstration planned for Saturday, saying the presence of the counter-protesters would make it unsafe.

Monuments around the world have become flash points in demonstrations against racism and police violence after the May 25 death of George Floyd, a black man who died in Minneapolis after a white police officer pressed a knee to his neck.

In Britain, the protests have triggered a national debate about the legacy of empire and its role in the slave trade. 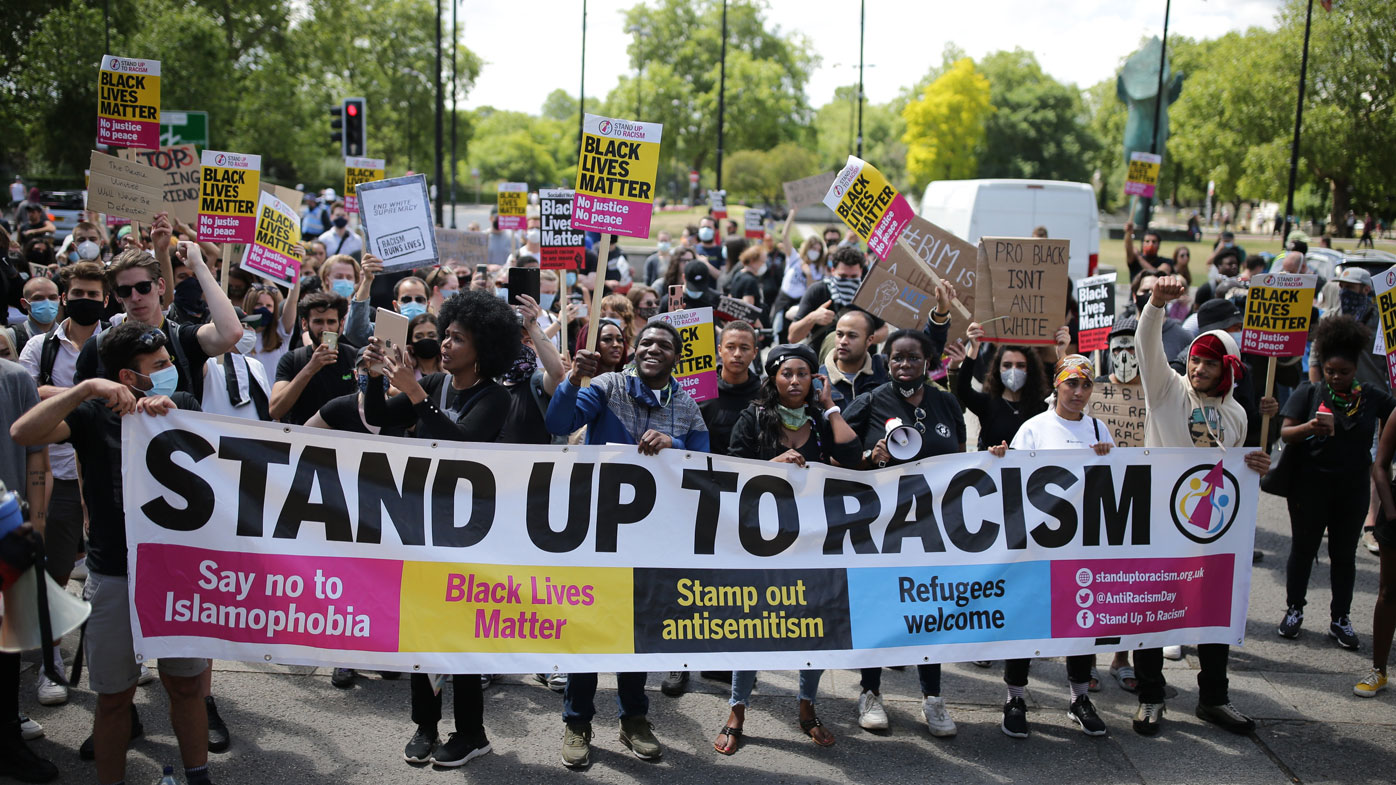 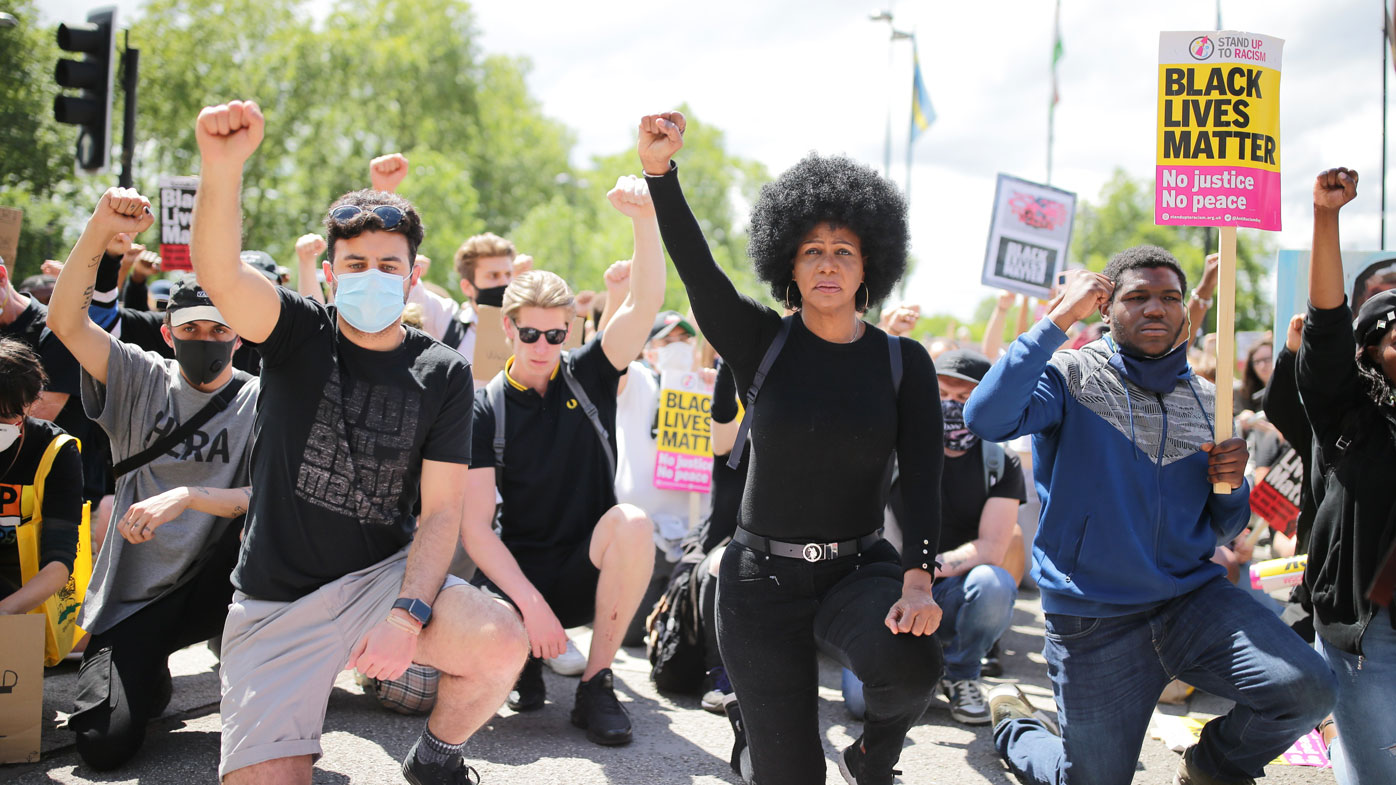 A statue of slave trader Edward Colston was hauled from its plinth by protesters in the city of Bristol on Sunday and dumped in the harbour. In London, Churchill's statue was daubed with the words "was a racist."

Police have imposed strict restrictions on Saturday's protests in a bid to avoid violent clashes. Authorities also fenced off other statues in Parliament Square, including memorials to Nelson Mandela and Abraham Lincoln.

Police Commander Bas Javid urged people not to gather in large groups at all because of the coronavirus. But if they must, he said activists have to stick to the planned route and be off the streets by 5 pm or risk arrest.

He said that while protesters last weekend were largely peaceful, a minority was "intent on disorder" and that resulted in assaults on police and violent behaviour.

Dozens were arrested last weekend and a police horse was pictured bolting past the crowds amid the chaos. 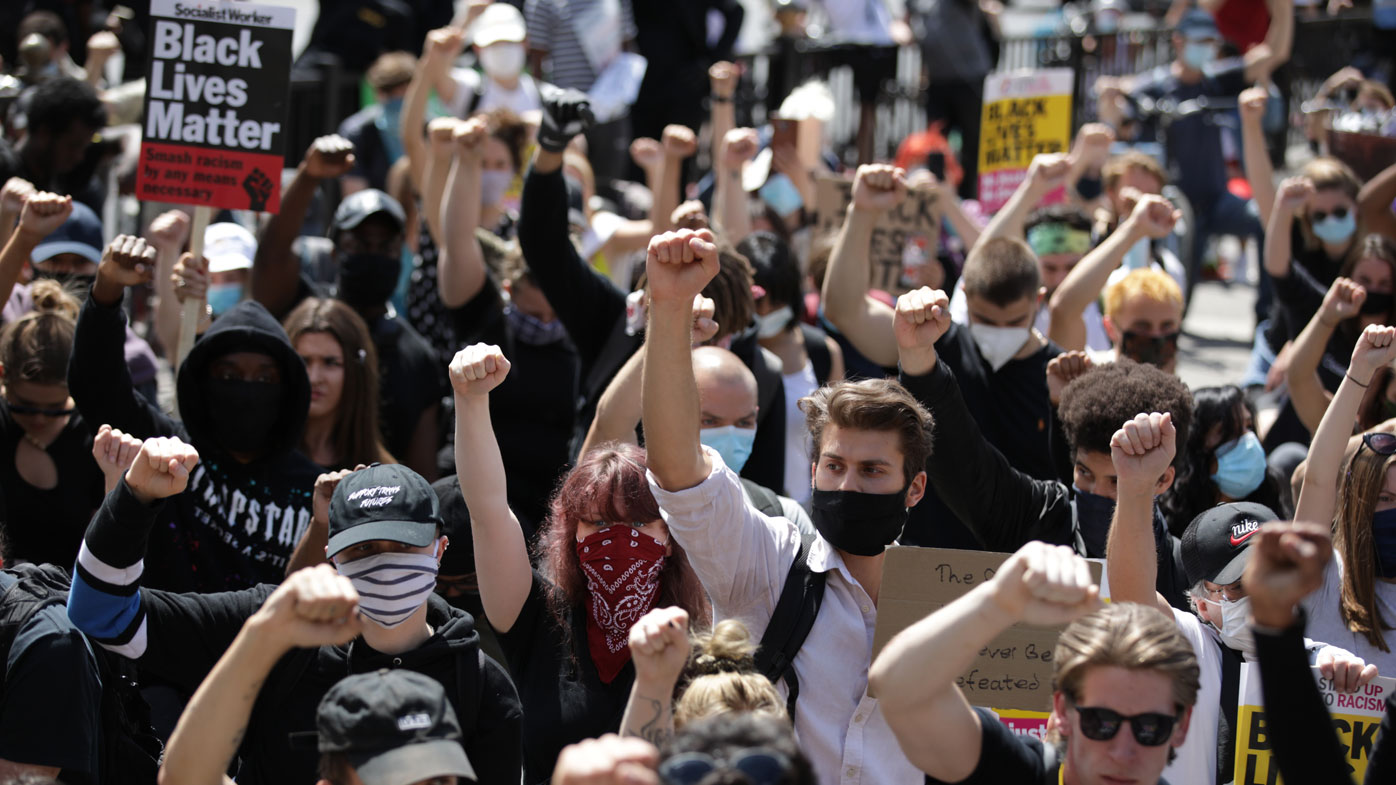