Greater Sydney has been declared a hotspot by the Queensland Government effective from 1am Saturday, Premier Annastacia Palaszczuk has announced.

In a surprise to some New South Wales residents, the Central Coast and Blue Mountains have also been included in the list, which stretches from the Hawkesbury to Liverpool City and the Sutherland Shire. 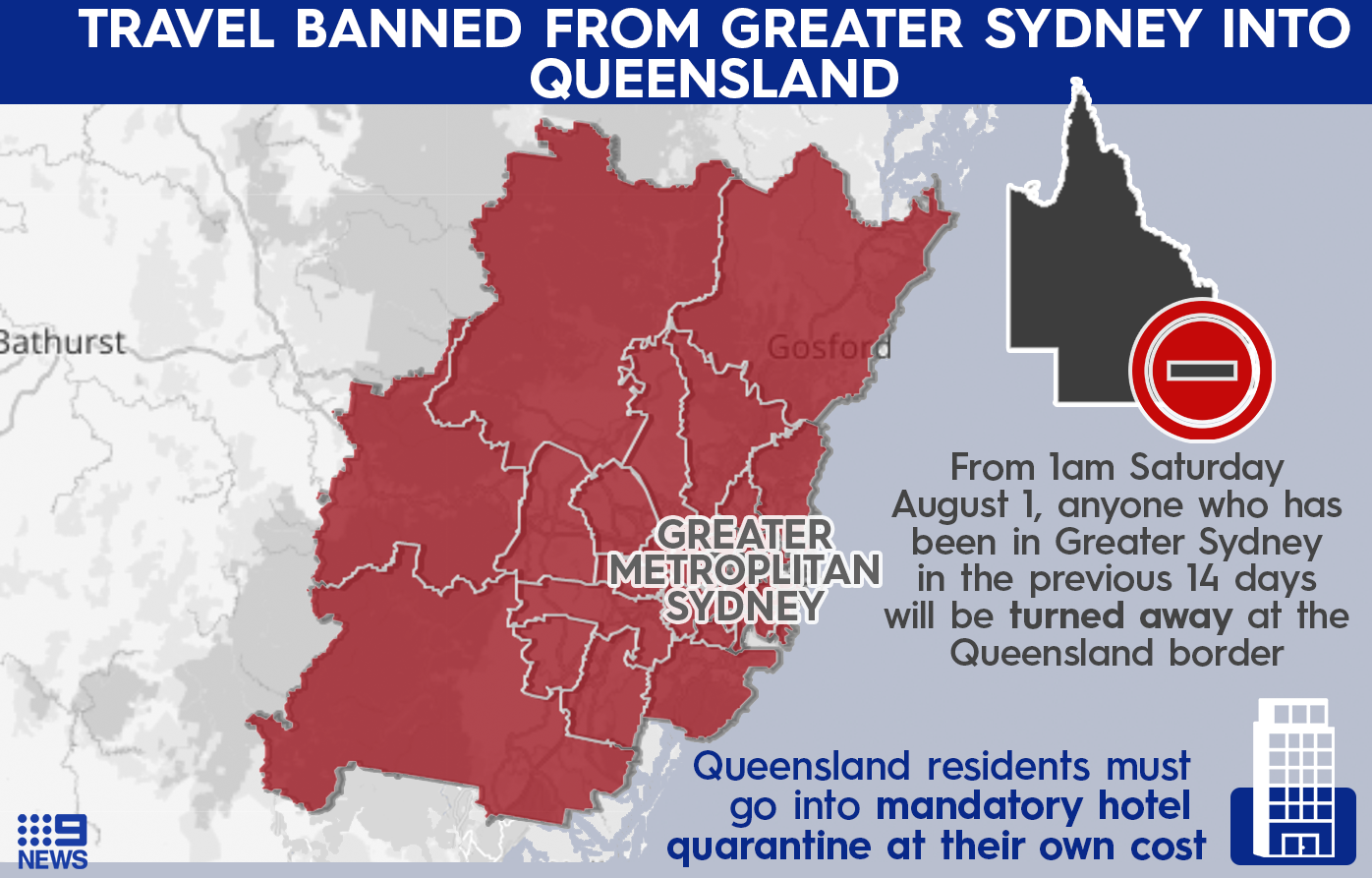 Travel to and from Newcastle and Wollongong is still permitted.

Another 19 cases of coronavirus were confirmed today after a new cluster emerged in Sydney's east.