Vietnam plans to test all 9 million people in its largest city and has imposed more restrictions to deal with a growing COVID-19 outbreak.

Vietnam plans to test all 9 million people in its largest city for the coronavirus and has imposed more restrictions to deal with a growing COVID-19 outbreak.

People in Ho Chi Minh city were only allowed to leave home for necessary activities and public gatherings of more than 10 people were banned for the next two weeks, the government announced on Monday.

Prior to the order, the city, also Vietnam's economic hub, shut down non-essential business last Thursday when cases started to increase. State newspaper Vietnam News said the city authority was planning to test its entire population with a testing capacity of 100,000 samples a day.

The newspaper said police had filed a case on Sunday for "spreading dangerous infectious diseases" against the couple who head a Protestant church mission, citing poor health protocols applied at the premises.

At least 145 cases of coronavirus infection have been reported with links to the Revival Ekklesia Mission, a Protestant sect, and the city district of Go Vap, where the church is based, has been locked down. Vietnam has since banned all religious events nationwide.

The report said the husband and wife accused in the case were responsible for leading and organising activities at the church. They were not identified and were not under arrest.

Since the end of April, a surge in COVID-19 has spread to 31 municipalities and provinces in Vietnam with more than 4000 cases, almost double the total number that the country reported since the beginning of the pandemic.

Some recent patients in Vietnam were infected with a hybrid of the virus variants first found in India and the UK, Health Minister Nguyen Thanh Long said on Saturday. He said the hybrid might spread more easily and could be responsible for Vietnam's recent surge.

Viruses often develop small genetic changes as they reproduce, and new variants of the coronavirus have been seen almost since it was first detected in China in late 2019.

The World Health Organisation has categorised the UK and the Indian variants, along with two others first found in South Africa and Brazil, as "variants of concern" because they appear to be more contagious.

It has a deal with Pfizer for 30 million doses to be delivered later this year. It is also in talks with Moderna that would give it enough shots to fully vaccinate 80 per cent of its 96 million people. 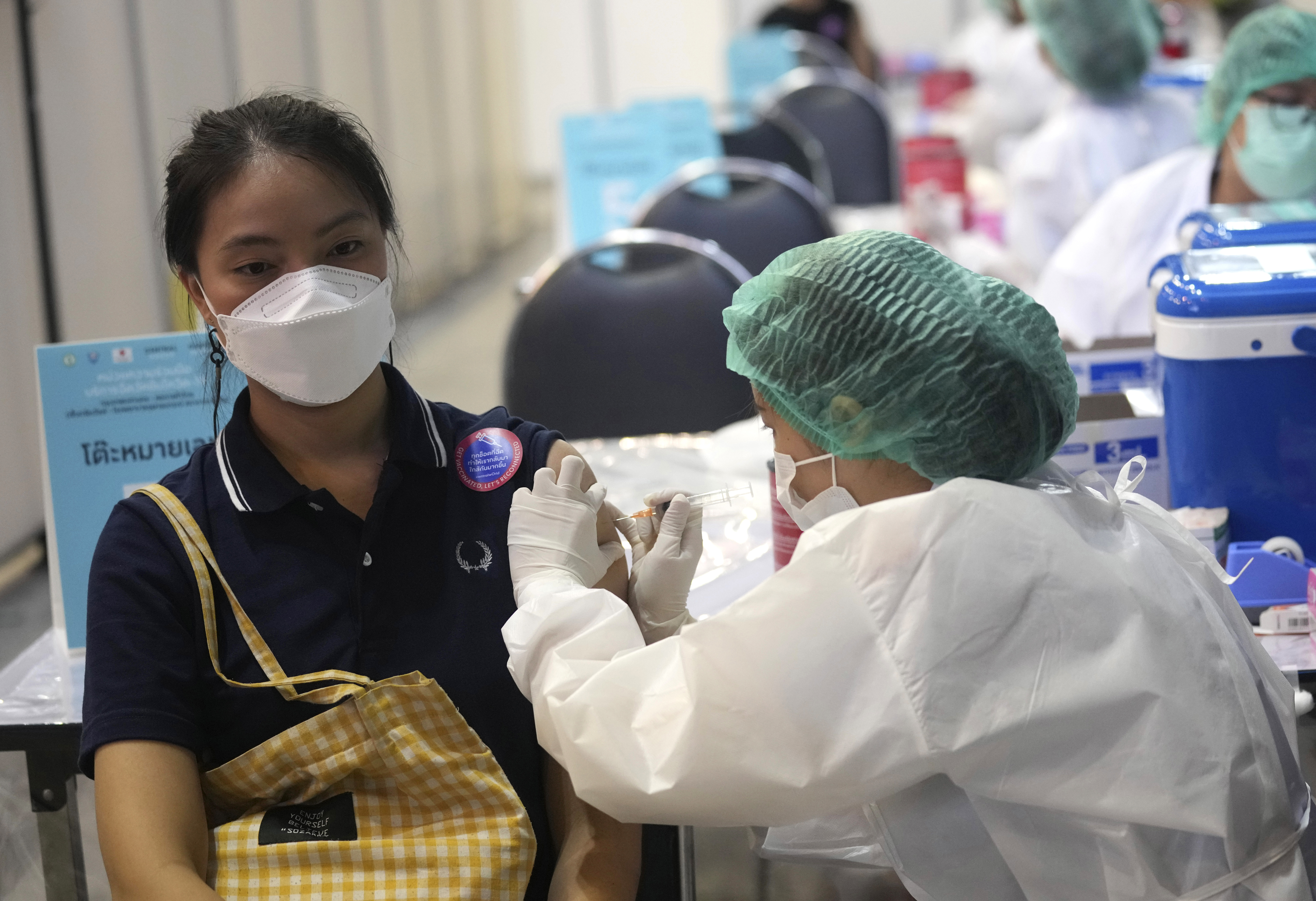 Thailand reported a record number of new coronavirus cases on Monday as the Governor of Bangkok announced an easing of some restrictions in effect for more than a month — including people visiting parks for exercise.

Thailand has been fighting to deal with a virus surge that began in early April in a group of nightclubs in Bangkok and has since spread around the country.

The Centre for COVID-19 Situation Administration reported a record 5485 new cases, of which 1953 were in prisons.

Confirmed deaths increased by 19 to bring the total to 1031 since the pandemic began last year.

The total number of confirmed cases has now risen to 159,792, of which 82 per cent occurred during the latest surge.

Singapore restrictions 'on track' for relaxation

Singapore's Prime Minister, Lee Hsien Loong, said on Monday that controls to lower coronavirus infections were working, while announcing a move to vaccinate students after a spate of transmissions in schools and learning centres.

Lee said controls banning dining out and severely limiting social gatherings were "on track" to be relaxed after June 13.

He urged the public to remain vigilant and only leave home if they must.

The government imposed the tighter controls this month after a number of local coronavirus cases were linked to malls, hospitals and the airport, up from virtually none earlier in the year.