Footage shows the teenager handcuffed and surrounded by three cops in the vehicle dock of a station in regional NSW in 2018.

The unlawful strip-search of a 16-year-old Aboriginal boy by three adult police officers is back in the spotlight after a scathing report was handed down.

Video from the incident shows the teenager handcuffed and surrounded by three cops in the vehicle dock of a station in regional NSW in 2018.

The footage has come to light once more as the family of another Aboriginal boy call for a police officer who violently arrested the teenager to be charged. 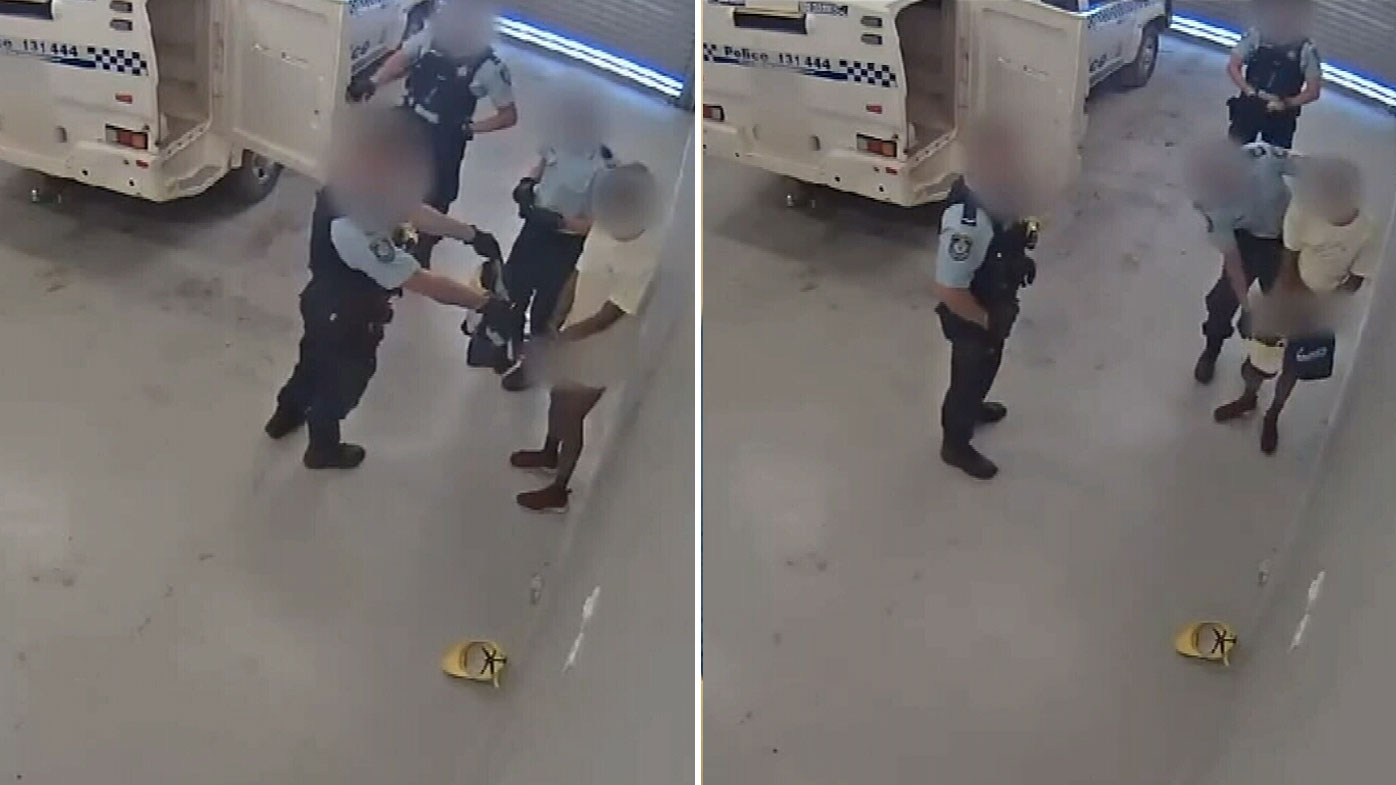 The boy in the 2018 video was first approached by police on the main street of the town, and a male officer put his fingers into the waistband of the teenagers' shorts looking for drugs.

"What are you doin', you can't put your hands down my bum...you can search me down at the station when my parents are there," the boy told police.

"Well, you actually don't know the rules, we can search you," the officer responded.

The teenager was then taken back to the police station in a caged truck, where he discarded cannabis wrapped in foil.

The boy then stepped out of the car, still handcuffed, and was told to put his hands on the wall by one of the officers.

One of the sergeants then checked the teenager's pockets, undid the draw string on his shorts and pulled them down to the floor.

The boy was then forced to squat, naked from the waist down.

He was questioned, while still naked, and police found the foil wrapper in the back of the car.

The sergeant later agreed that had he searched the back of the van first, there would have been no need for a strip search.

The teenager was then un-handcuffed, and his father was called. He arrived 25 minutes later.

A report by the Law Enforcement Conduct Commission, submitted to the NSW Parliament last month found the strip search of the boy, without a parent or guardian present, was unlawful and breached multiple police protocols.

"The current manner in which police are trained in their powers and responsibilities should be seriously reconsidered," the report found.

"This investigation demonstrates that whatever educational methods are being utilised by the NSWPF to inform officers of their powers and responsibilities in relation to LEPRA (Law Enforcement Powers and Responsibilities Act), whether it be online learning, direct lectures at the Academy or publications by the police prosecutors, they are not being universally applied in the practice of policing."