Nine News has obtained exclusive vision of the moment a former Gold Coast security guard pushed a drunken patron to the ground after a verbal altercation in May last year.

Nine News has obtained exclusive vision of the moment a former Gold Coast security guard pushed a drunken patron to the ground after a verbal altercation in May last year.

The patron is Ashley Cowie, who stepped outside Burleigh Heads venue Justin Lane for a cigarette.

Staff and security then refused him re-entry due to his level of intoxication. 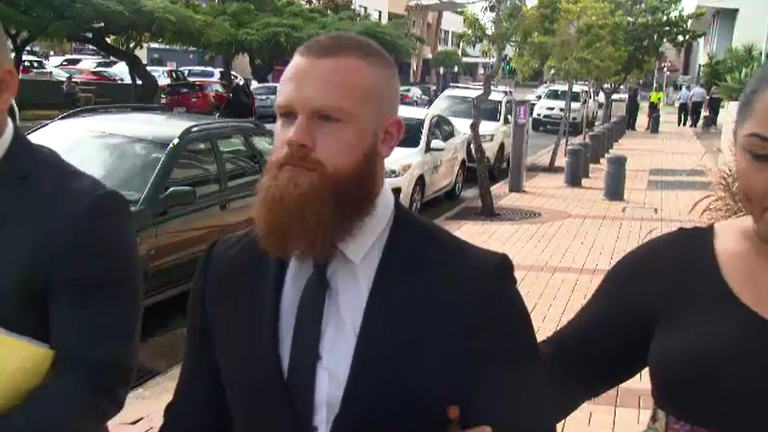 Security guard Mackenzie Waring is then seen in the video moving behind him, as staff try to reason with an intoxicated Cowie.

The court heard Waring pushed Cowie "seemingly without warning" , causing Cowie to fall to the ground and slam his head on the footpath.

Cowie suffered a fractured ear canal but has since made a full recovery. 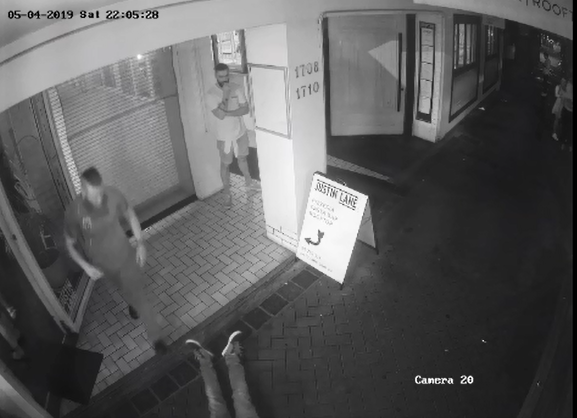 Crown Prosecutor Natalie Lima described the incident as "excessive" and "unnecessary violence on a patron" and said Cowie didn't make any physical contact with anyone.

Waring's Defence Barrister Damien Gates said the victim's fall "wasn't the intended consequence" and that Waring, who was 23 at the time of the offending, believed the verbal aggression "could have escalated and pushed him" in response.

The court also hearing Waring initially believed Cowie tripped as a result of the push, but now takes full responsibility for his actions.

"He's extremely remorseful for his behaviour and offending and just looks forward to moving on with his life," Mr Sarabi said.

Waring was handed an eight month sentence suspended for 15 months.

He's also been ordered to pay $1000 compensation to the victim.

The now 25-year-old is a stepfather to four children, and his pregnant partner is due with their first child together tomorrow.