Jordan Taylor, 25, was killed when he lost control of his Ford Falcon on the Hume Highway at Campbelltown on Saturday night.

Ivy Taylor will never know the heartache of losing her father.

At five weeks old, she won't remember the knock on the door that came in the early hours of Sunday morning.

Her father, Jordan Taylor, 25, was killed when he lost control of his Ford Falcon on the Hume Highway at Campbelltown on Saturday night. 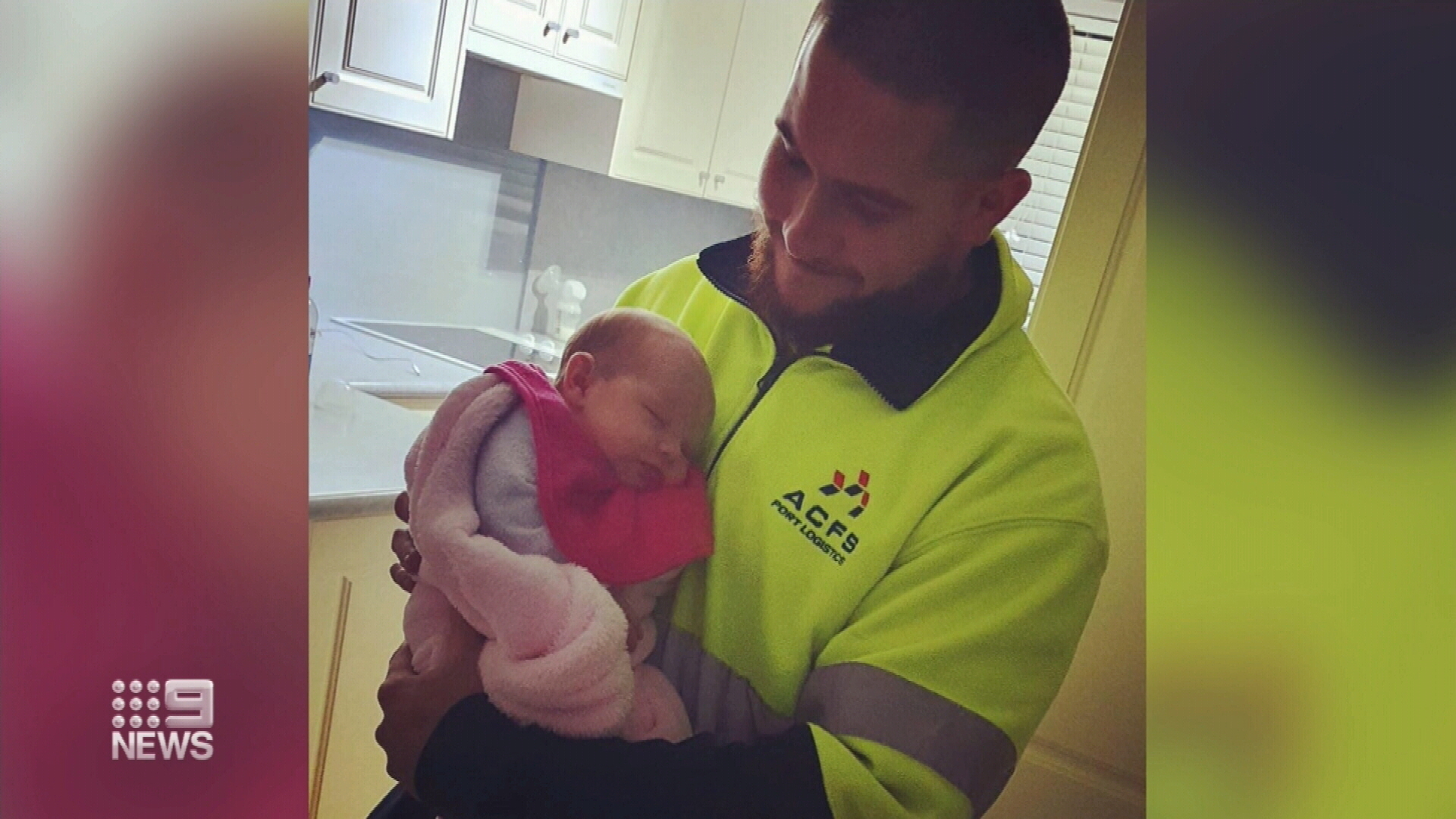 Police say the car was "most definitely" travelling at high-speed, when it flipped over the median strip and hit a Toyota RAV4 travelling in the opposite direction.

Jordan was thrown from the vehicle and died by the road. His passenger and the woman in the Toyota suffered minor injuries.

The pain Jordan's family are now experiencing has been compounded by a video circulating online taken moments after his death. 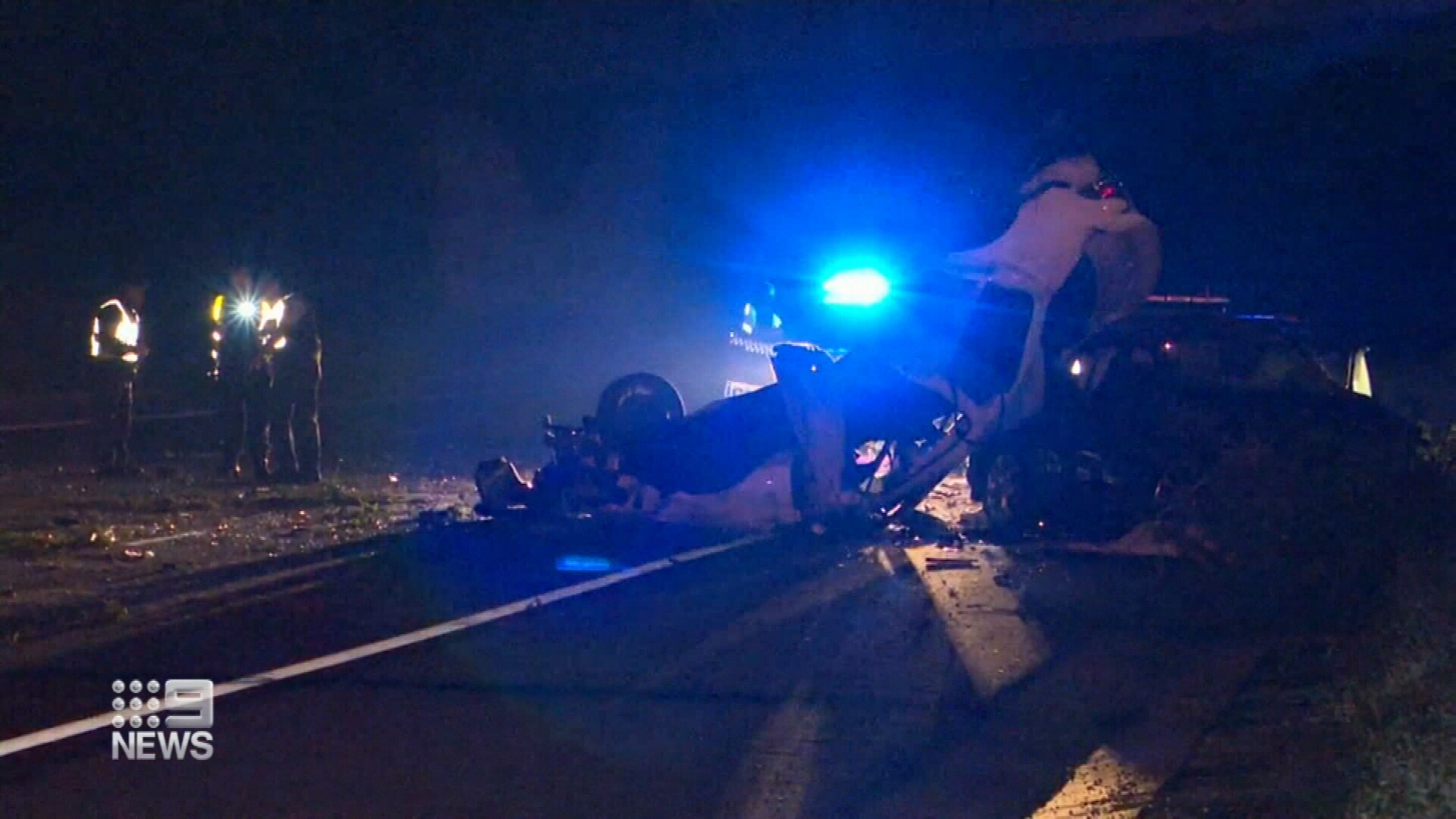 It shows the young father's body lying on the road and Jordan's badly injured passenger being pulled from the wreck.

9News has chosen not to publish the footage, which was even sent to Jordan's fiancée, Kim, Ivy's mother.

"It's not anything anyone should have to see. Not my mum, that's her baby. His partner. That's not how we want to remember him," Ms Taylor said. 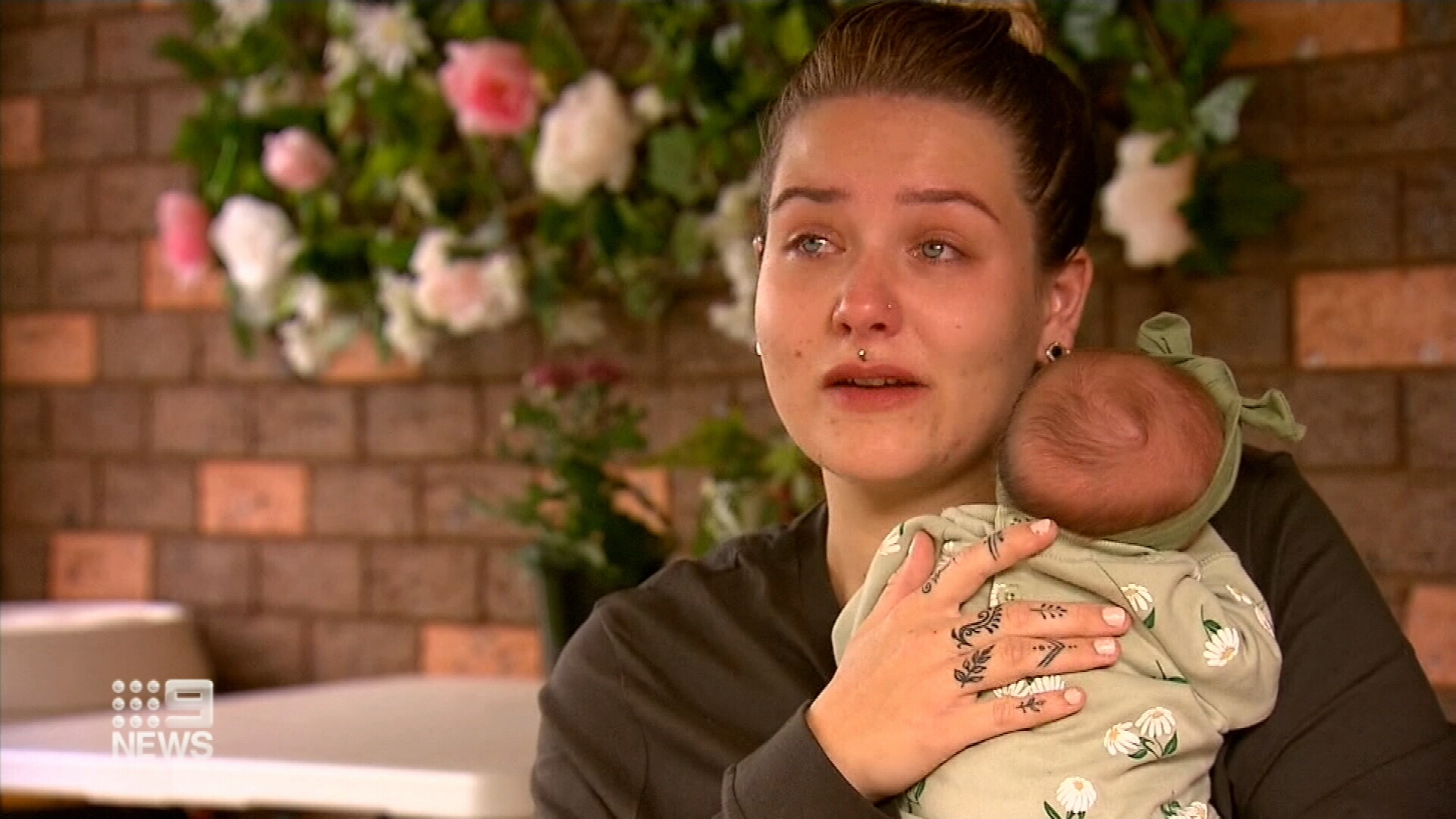 As soon as the family became aware of the video, they contacted police.

The original poster has now deleted it, but it had already been copied and shared multiple times. 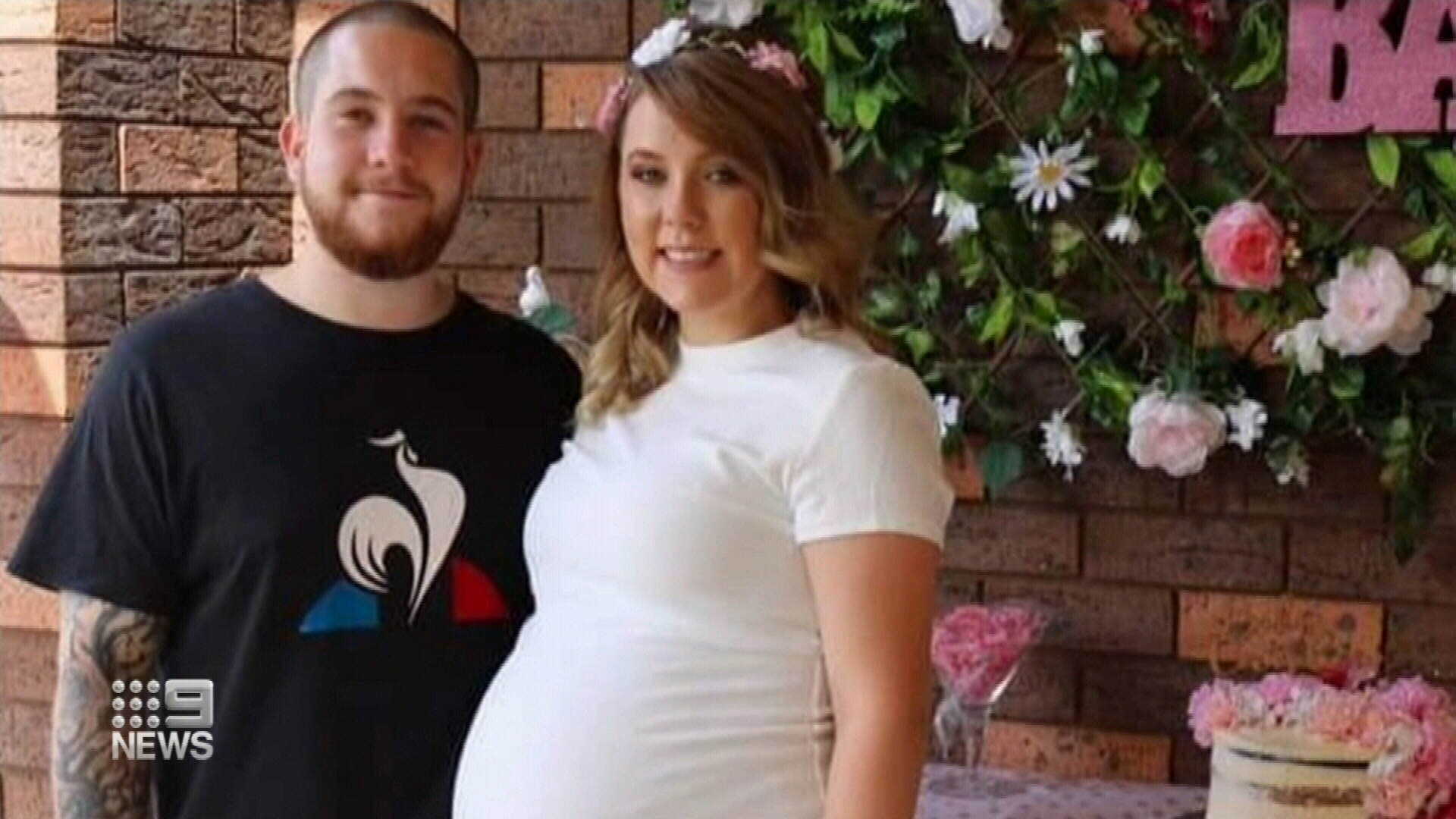 A fundraising page has been set up to support Kim, who is now faced with raising their 5-week-old daughter alone.

"The first thing Kim said to me was "how am I going to keep a roof over our head?" Ms Taylor said.