Victorian Veterans have been left feeling frustrated after a fence separated them from the sacred Shrine of Remembrance at the Anzac Day Dawn Service.

After months of uncertainty, Victorians were today allowed to pay their respects to diggers on Anzac Day, but COVID safe measures had some feeling disconnected.

A wire fence was set up along Melbourne's Shrine of Remembrance for the dawn service, blocking people from getting too close to the sacred area.

Just 1400 people were allowed into the dawn service, a stark contrast to the 85,000 allowed at the MCG for the traditional Anzac Day AFL match.

READ MORE: As it happened: Dawn services held across the country 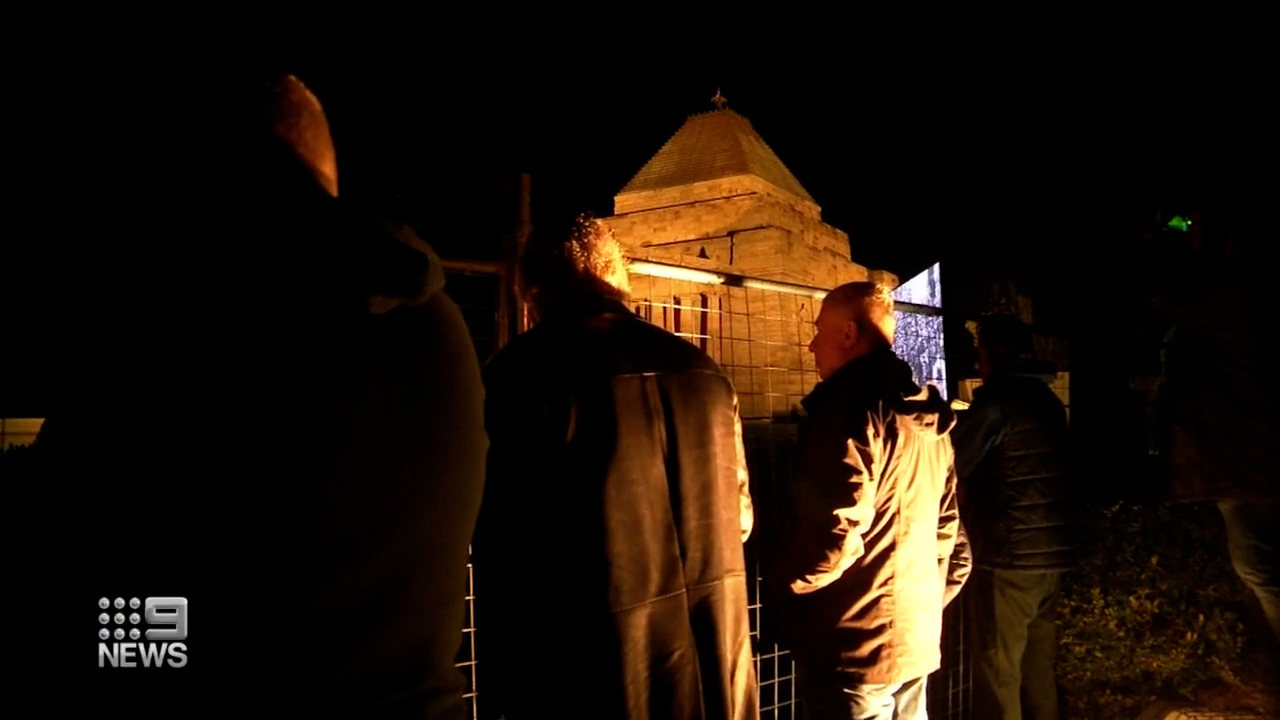 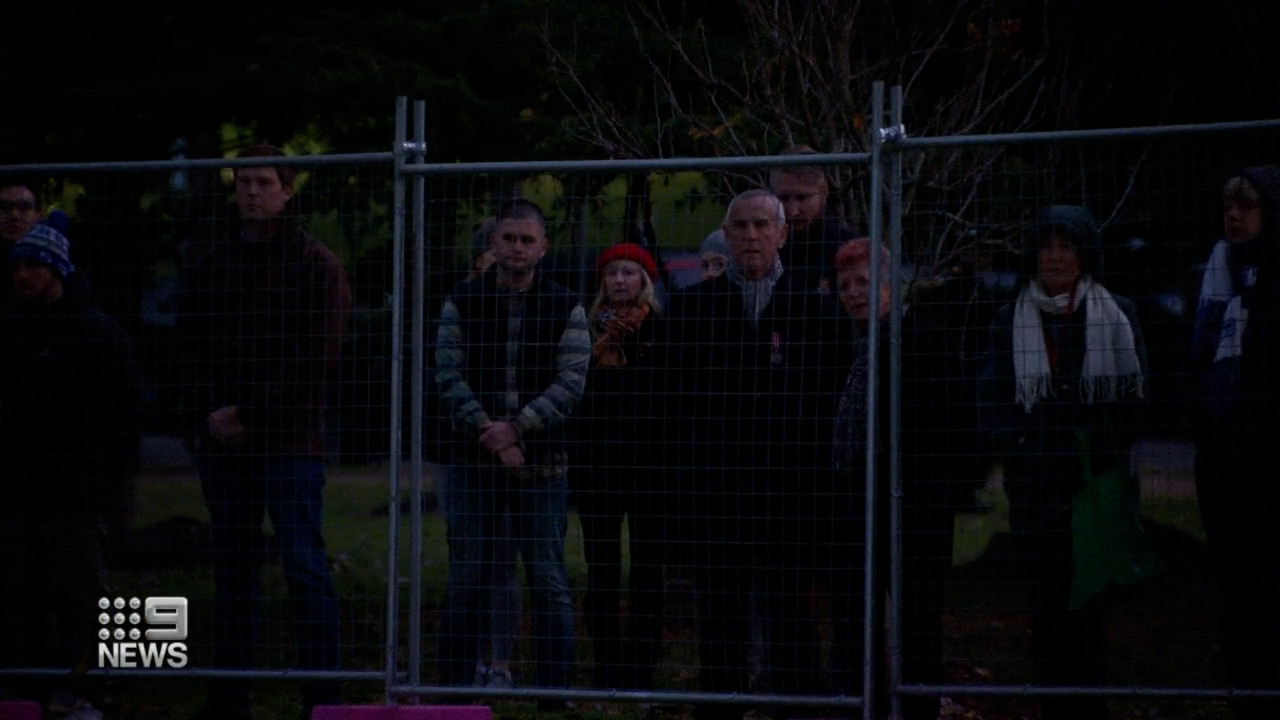 "They're allowing 75,000 people to go to the football but I can't come here to mourn and pay my respects," veteran Brett Harrison told 9news.

Mr Harrison said the fence separating diggers from the Shrine felt like a betrayal. 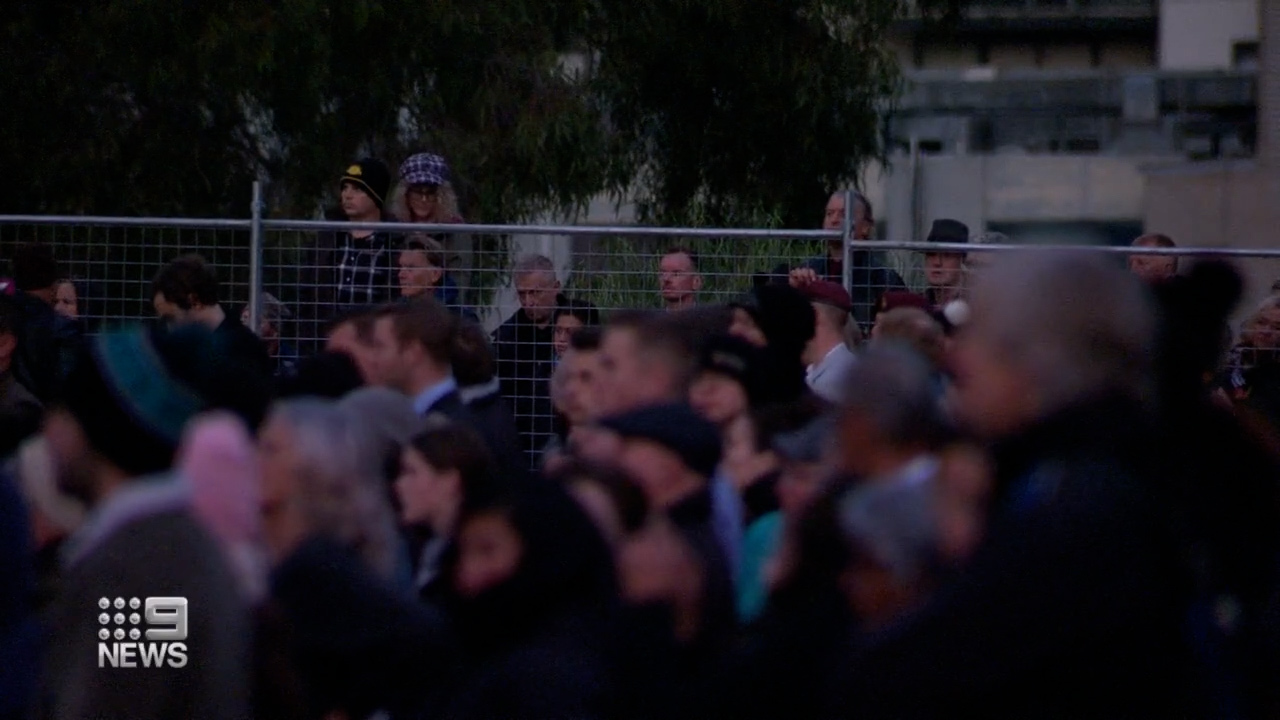 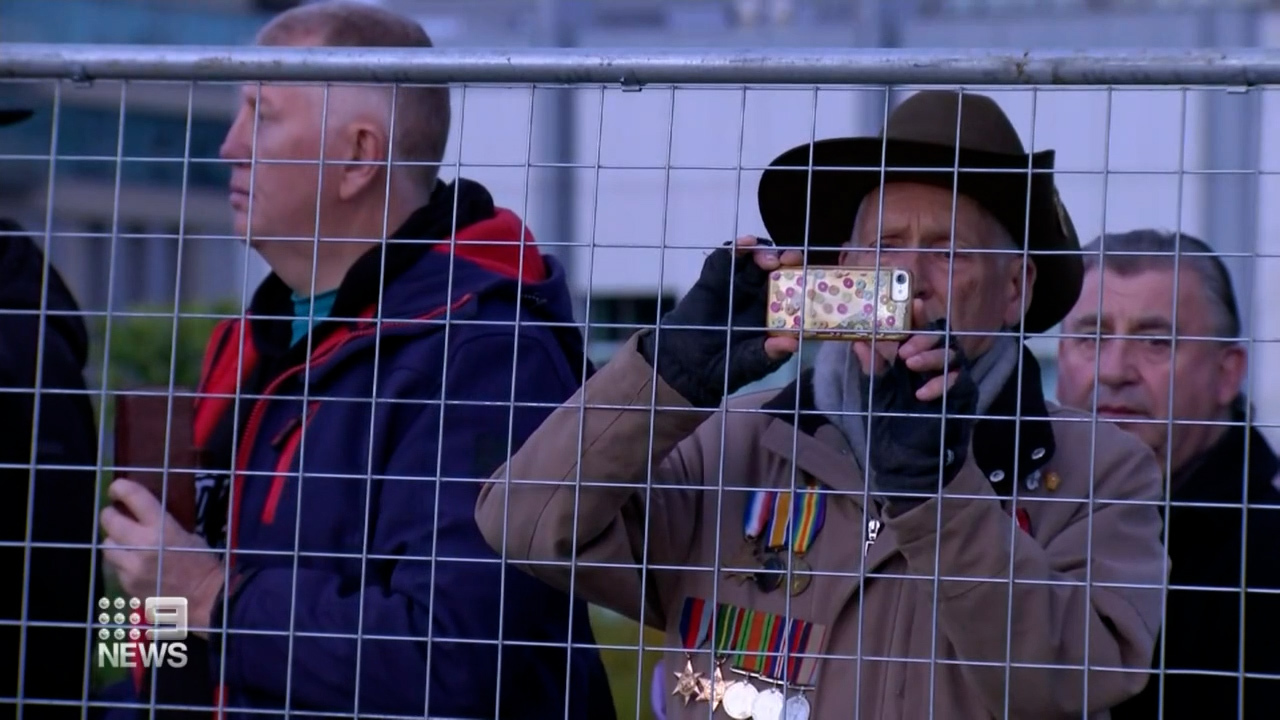 "Those of us who have served are being turned away at the front gate … it's just completely disrespectful," he said.

The RSL is attempting to temper the anger, with RSL CEO Jamie Twidale praising service attendees for showing up despite the COVID-safe measures. 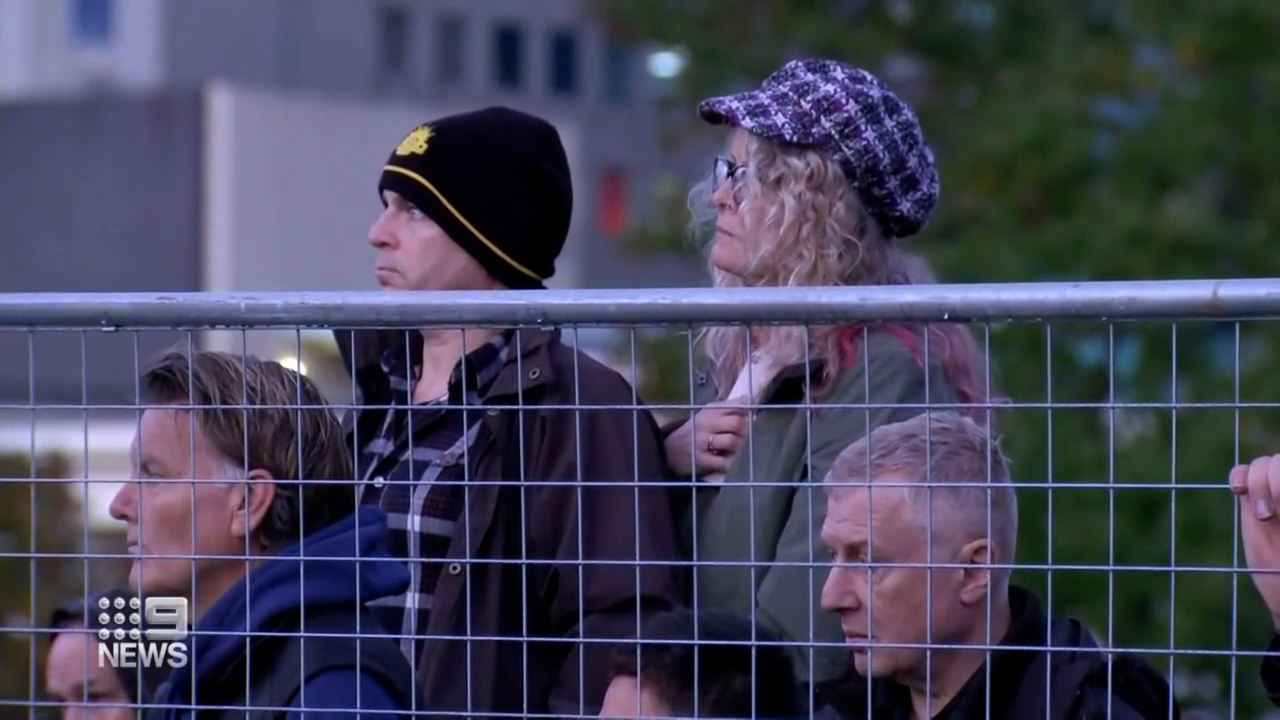 "The fact they have come in and stood in the dark is really testament to the Australian spirit," Mr Twidale said.

But despite public services going ahead after months of doubt, many were still frustrated by the barriers in place.

"You're standing here paying tribute and respect to Australia, and for the men who gave their lives and for the freedom of Australia and this (the fence) doesn't represent freedom," one man said.