A Nazi flag raised above the a Victorian home has united a small town into making a stand against hatred.

A Nazi flag raised above the a Victorian home has united a small town into making a stand against hatred.

Cheryl Lawdorn and her partner have been flying the flag over their property for several weeks, claiming it as their right because of her German ancestry.

Earlier this week, A Current Affair learned a man in the same street where the flag was raised is an 83-year-old Holocaust survivor.

Images of the flag have since become a nation-wide media story. 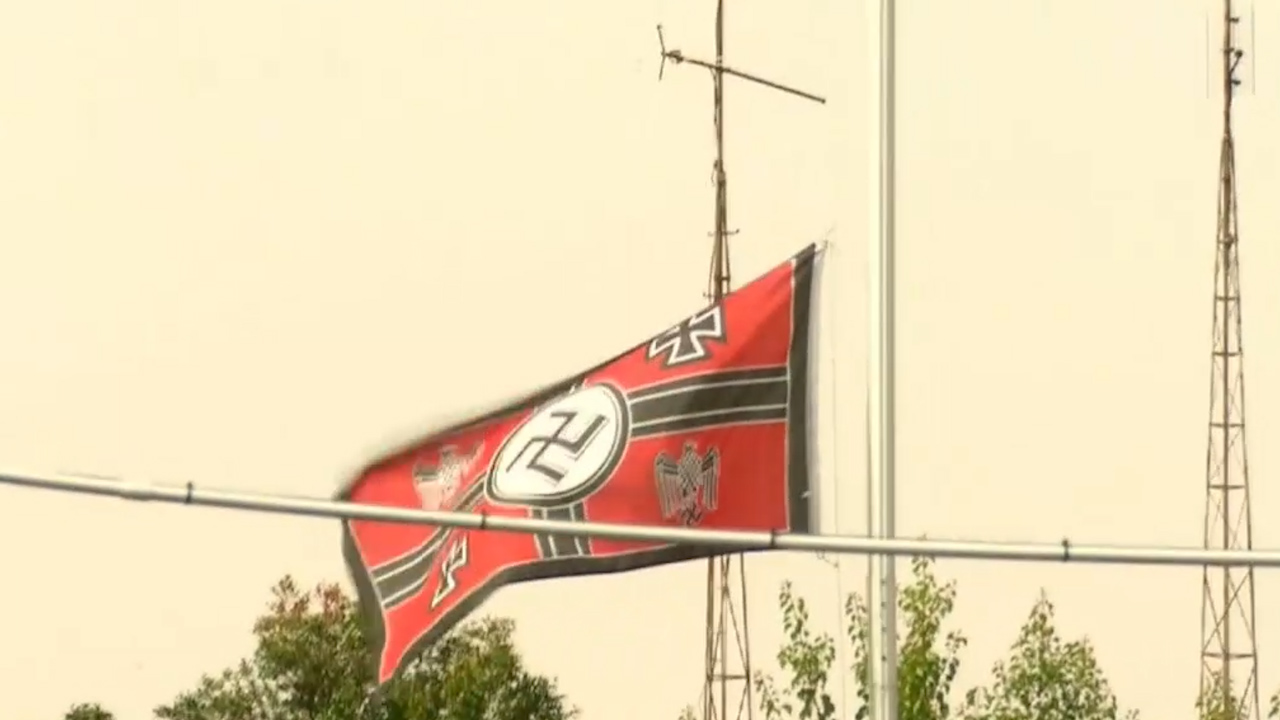 Today, several residents of Beulah let it be known that the red and black flag was not welcome in their community in a town rally.

Brenda Naylor, a long-term resident of the small town in the state's northwest, told 9News the flag did not represent her values.

"We're proud Australians and we don't want to see that in any town, let along Beulah," she said.

Deputy Mayor Shane Roberts echoed the sentiment, saying the flag "does not represent our values or our community". 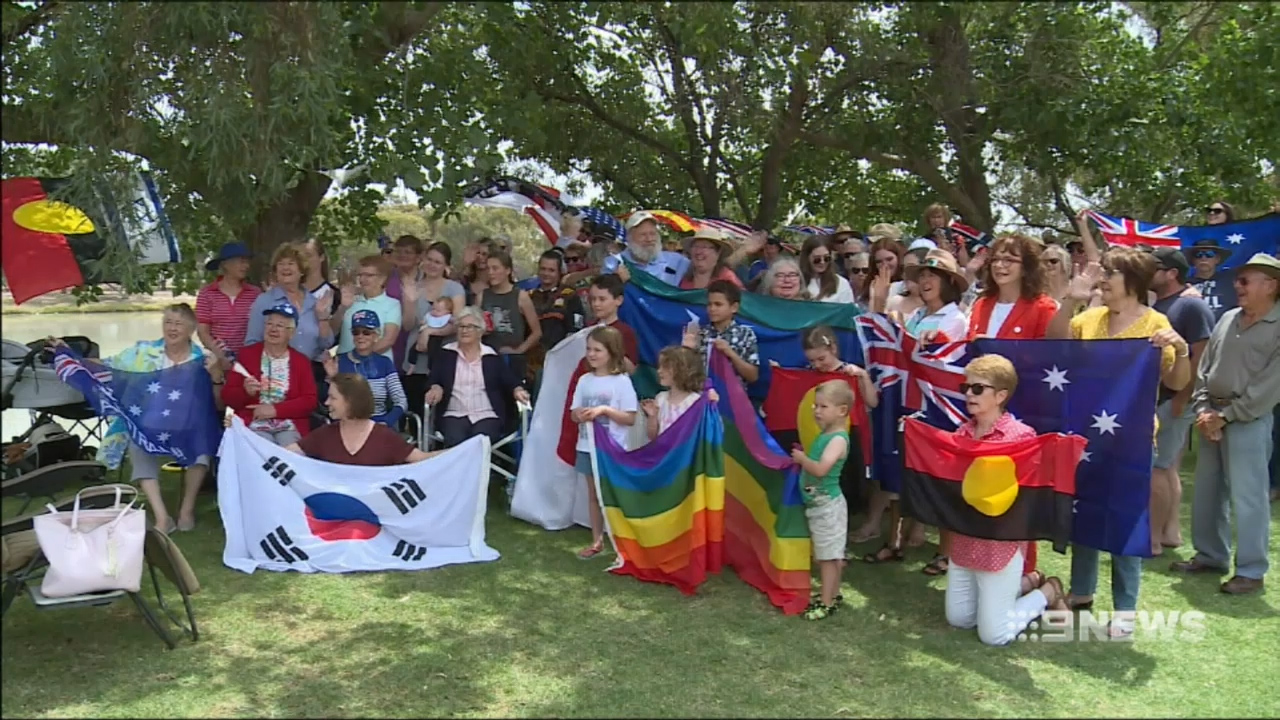 Independent Member Ally Calpour said the are was "clear about its values".

"And those values are democratic and inclusive," she said.

"I think we need to call it out for what it is. It is a symbol of hate."

The demonstrating locals signed a petition calling on the state government to ban public displays of the Nazi flag and hope to rally more signatures before sending it off. 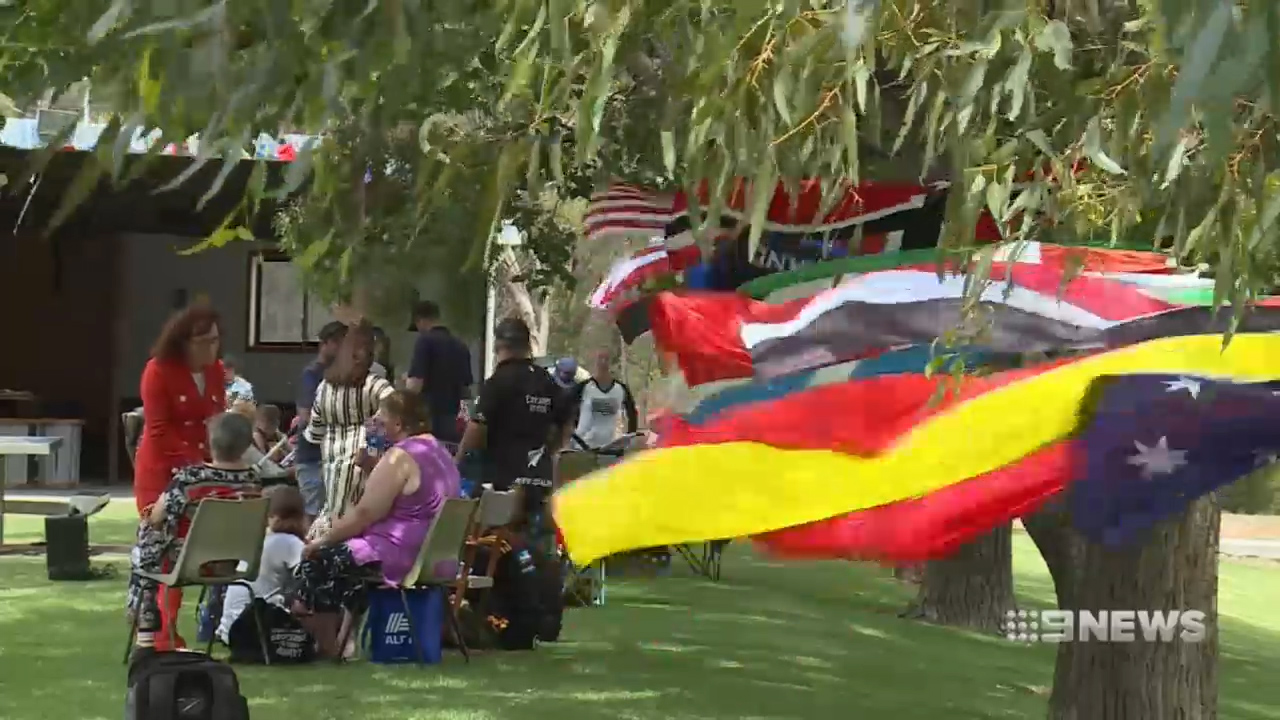 Chair of civil rights group the Anti-Defamation Commission Dr Dvir Abramovich said such a ban was the right way to go.

READ:  Kristin Cavallari And Jay Cutler Divorcing After 10 Years Together

"We all have to be unified on this issue, and to fight the growing threat of bigotry and extremism which is a real threat to our way of life," he said.

Victoria's parliament is currently running an inquiry into racial vilification with a focus on increased anti-semitic behaviour seen recently.