A rare heritage number plate has sold for more than $1 million in Victoria.

A rare heritage number plate has sold for more than $1 million in Victoria.

The plate fetched a significantly higher price than all the vintage vehicles on offer at the auction. 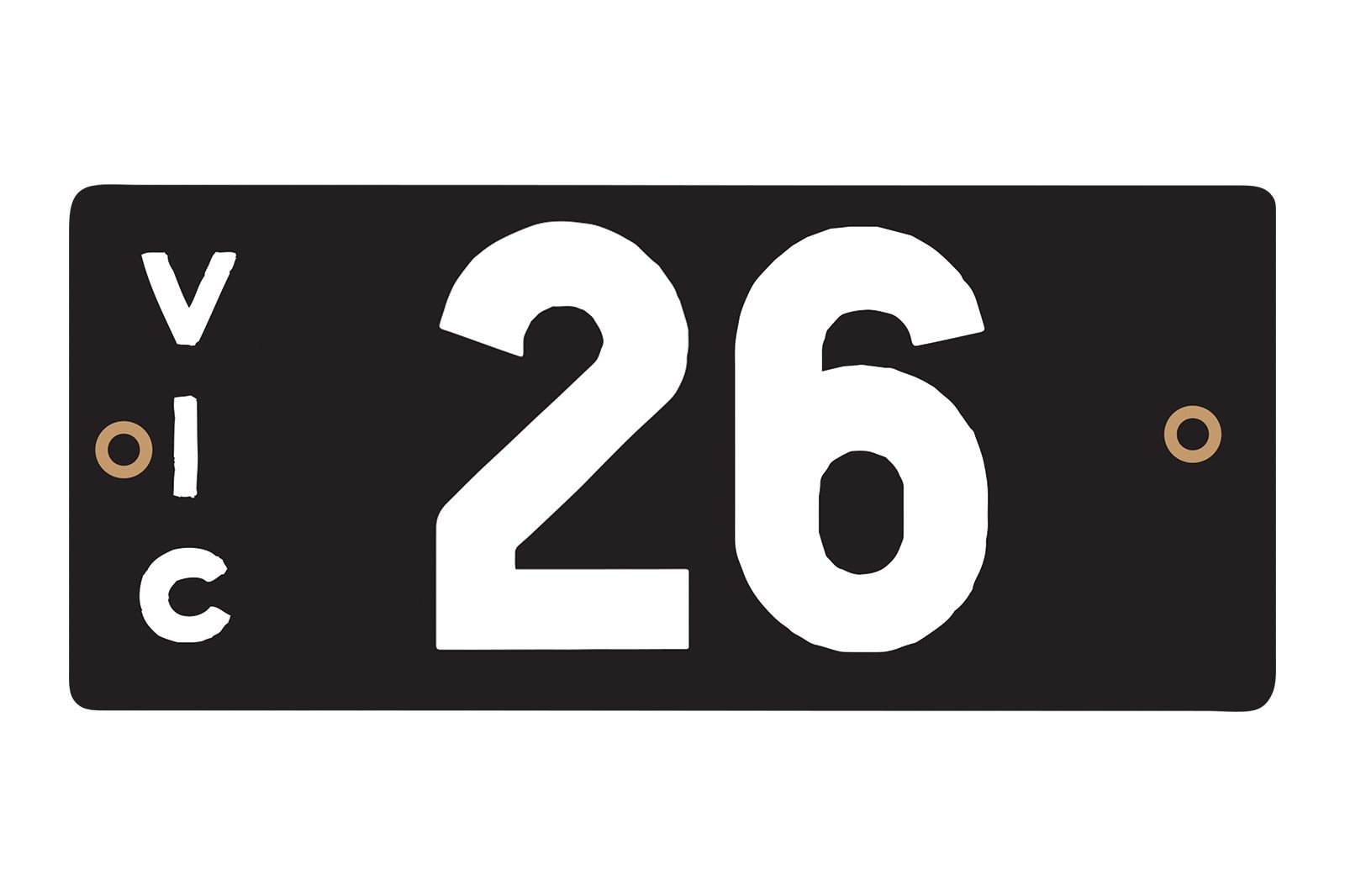 It also sold for the highest price of any of the 82 items on offer.

The general rule for vintage number plates is the fewer digits on the plate, the greater its potential resale value.

The Victorian "26" plate hadn't changed hands in 20 years and was considered a particularly rare find with only two digits.

Bidding began at a whopping $560,000 and two determined bidders fought for the vintage plate until one gave in, with the plate eventually selling for an eye-watering $1,110,000.

"NSW 1"or "Vic 1" are both known to exist. Legend has it that when "Vic 1" was released in 1932, there was heated argument between the police commissioner, the premier and the governor about who should have it.