Victoria has recorded four new COVID-19 cases this afternoon, with the outbreak now at nine people.

A man in his 60s was identified as the fifth case, with Victoria's Chief Health Officer Brett Sutton concerned the man may have been infectious since at least May 17.

All four new infections are family contacts of the fifth case announced this morning.

The latest infections come after a testing blitz in Melbourne as a cluster in the northern suburbs emerged over the past week, with exposure sites rapidly increasing.

Today, McDonalds in Clifton Hill and Bamboo House in Melbourne's CBD joined the Tier One list.

They are the first locations outside The City of Whittlesea to be identified as Tier One.

Specific stores at Highpoint Shopping Centre in Melbourne's west were also confirmed to be in the Tier One category today.

NEW MELBOURNE RESTRICTIONS: What you need to know

Anyone who attended those locations during specified times has been told to get tested and isolate.

The restrictions for Greater Melbourne will start from 6pm, including gatherings of no more than five people in a private home, public gatherings limited to 30 and face masks indoors for those aged 12 years and older.

The new case from this morning is a close contact of the first infection announced yesterday.

"Potentially he has been symptomatic the longest," Professor Sutton said of the latest case, confirming all five cases in the cluster were infected with the Indian variant of the coronavirus.

"We do not know where he has been in the community."

READ:  Marco Rubio Shredded On Twitter For Bashing Fauci — After Getting COVID-19 Vaccine

Professor Sutton said the man was still being interviewed by contact tracers.

What has been established is case five and case one, a man in his 30s, met for a business transaction last Tuesday, May 18, so health officials believe he was infectious from at least 10 days ago.

A number of restrictions, scheduled for reassessment on June 4, are being introduced in metropolitan Melbourne to mitigate the risk of the outbreak growing out of control.

From 6pm today, private gatherings in homes will be limited to five people per day.

Public gatherings will be limited to 30 people and face masks will need to be worn indoors unless an exemption applies.

Schools and workplaces will remain open.

Victorians who live in Greater Melbourne and travel to regional Victoria can continue to do so, but the restrictions will travel with them.

The Victorian Government is seeking advice as to whether there will be any changes to capacity for weddings and sporting and cultural events.

"We will work through those and provide further advice when that is finalised," Mr Merlino said.

Density requirements at restaurants and bars will remain unchanged.

However, the government has put a pause on further easing restrictions, which were due to be relaxed on May 28.

READ:  These Coats Were The Sneaky Stars Of Inauguration Day

Mr Merlino said the new restrictions were a necessary and "responsible step" in order for the state to stamp out the growing outbreak.

"This is about giving our contact tracers the time they need to track this matter down and get on top of it," he said.

Waiting Victorians told to get vaccinated

Professor Sutton said the changing situation was a solid reminder that "millions" of Victorians who had not been vaccinated should go and get their jabs.

"We have enough supply," he said.

Highpoint Shopping Centre in Melbourne's west has been identified as a Tier One exposure site, meaning hundreds who attended the centre during the specified times must get tested and isolate until further notice.

Health Minister Martin Foley said the exposure site would likely scale back to a different tier, once specific stores have been identified through CCTV.

As of last night, there were 35 primary close contacts linked to the Bundoora swim school exposure site who are being tested as a "matter of urgency".

Nearly 15,000 test results were received in the past 24 hours, according to the Department of Health.

Testing clinics have been inundated this morning, with the Melbourne Showgrounds site forced to shut about 8am after reaching full capacity within five minutes of opening.

The site was aiming to reopen at 10am.

Long queues have also swamped testing centres across the city, with wait times blowing out to two hours at Victoria University and Heidelberg Repatriation Hospital.

At least seven sites were forced to close yesterday following news the state's 86-day streak of no new local cases had come to an end.

Mr Merlino confirmed 26 testing sites will be operating on extended hours in Melbourne today to process the rush. 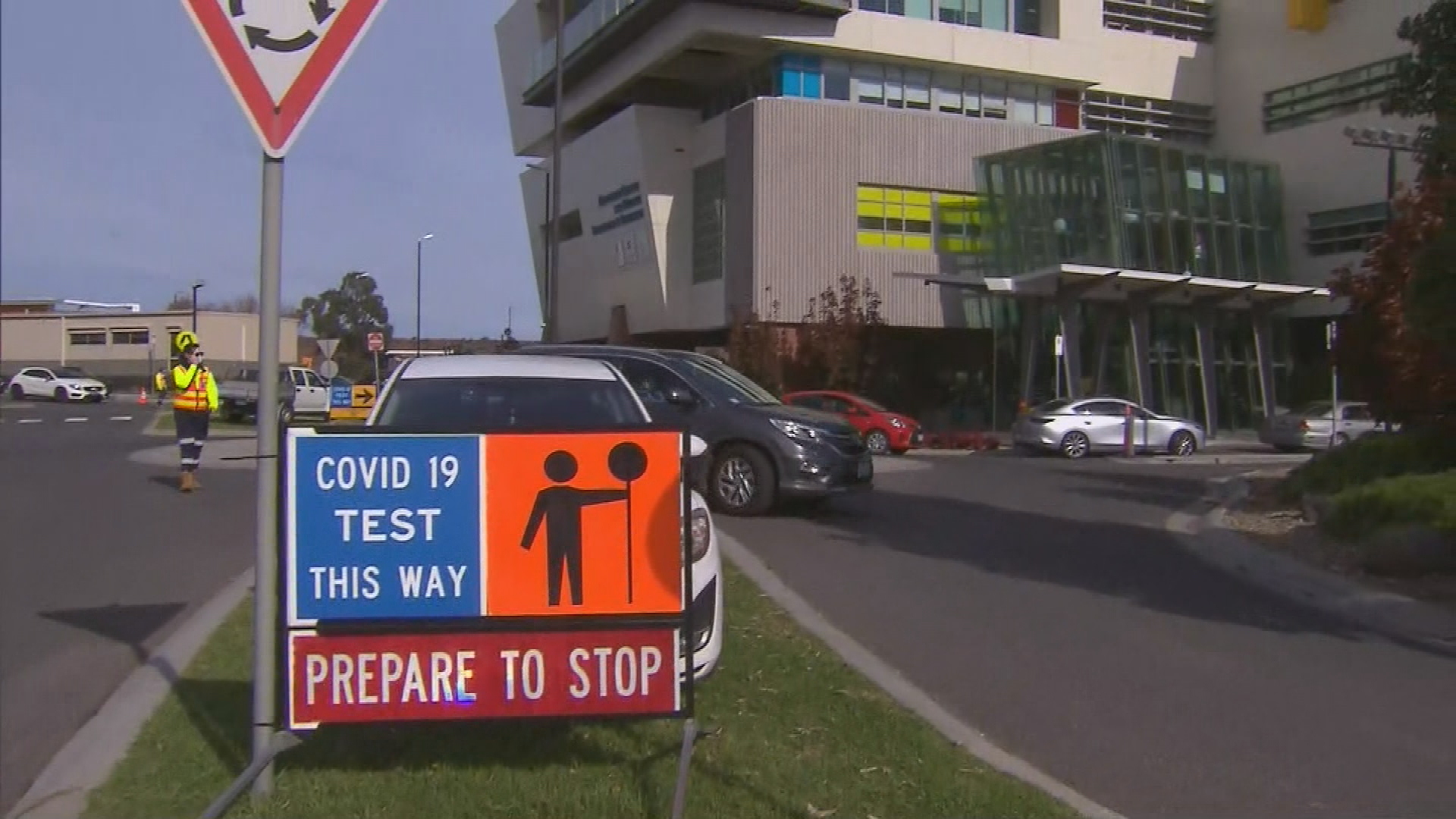 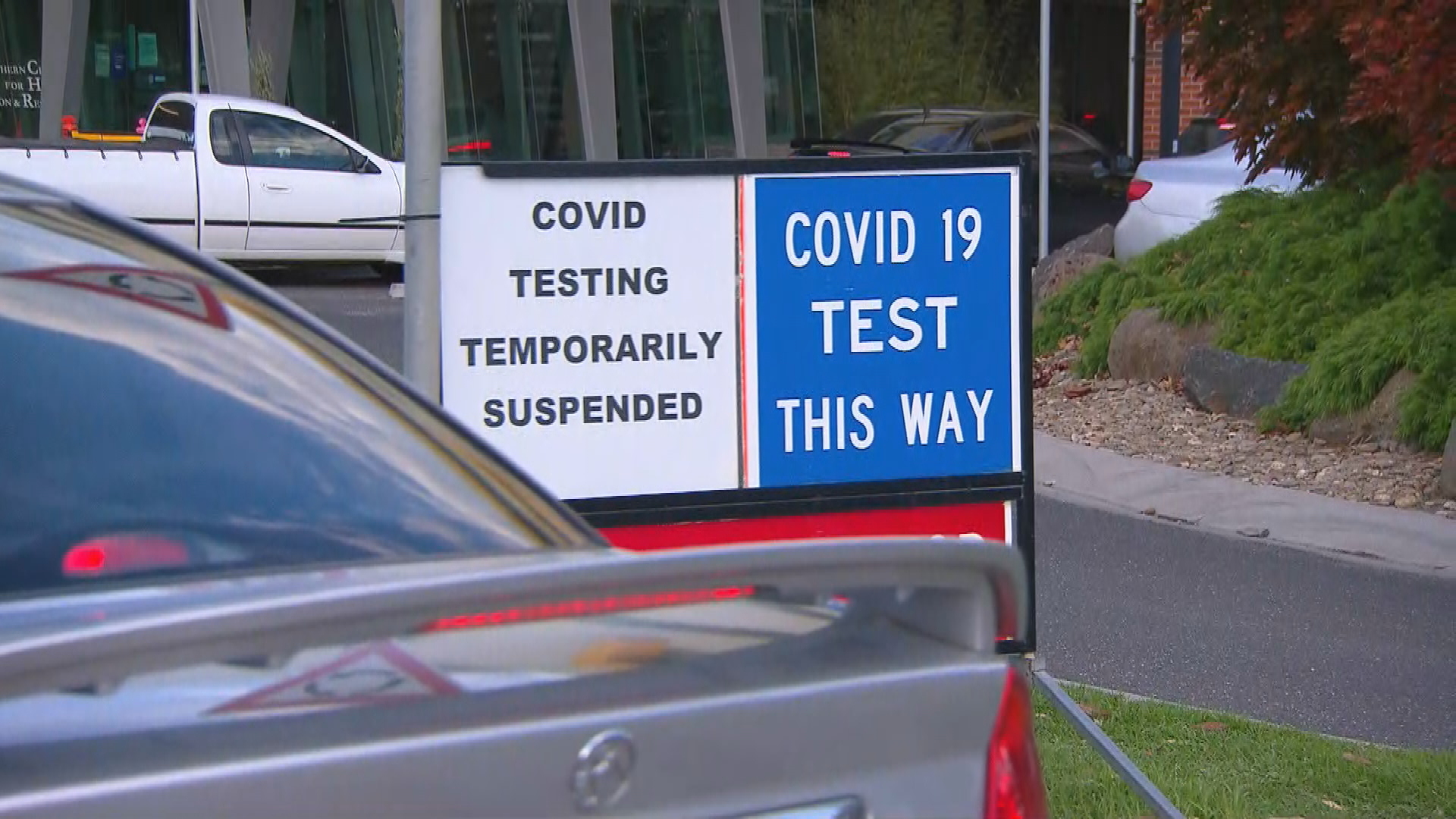 The four cases detected yesterday are four family members spread across three households in the City of Whittlesea in Melbourne's north.

The first case, the man in his 30s, has been infectious in the community since last Tuesday and is believed to have a high viral load.

He displayed symptoms of coronavirus on May 20 and got tested days later on May 23.

The other cases include his family member close contacts including a man in his 70s, a woman in her 70s and a preschool-aged child.

READ MORE: How other states and territories are reacting to Victoria's new COVID-19 cases

Thousands of people have been put on high alert with 18 exposure sites listed across Melbourne, the majority being in the city's north.

There are fears thousands of customers and staff at Highpoint Shopping Centre, in the city's west, could have been exposed to the virus.

One of the infected family members visited the shopping centre on May 20 between 5pm-8pm, with anyone at the centre during those times urged to get tested.

The person visited a number of stores the Department of Health confirmed today.

They are Smiggle, Kidstuff, Ishka, Lush Cosmetics and Toyworld. 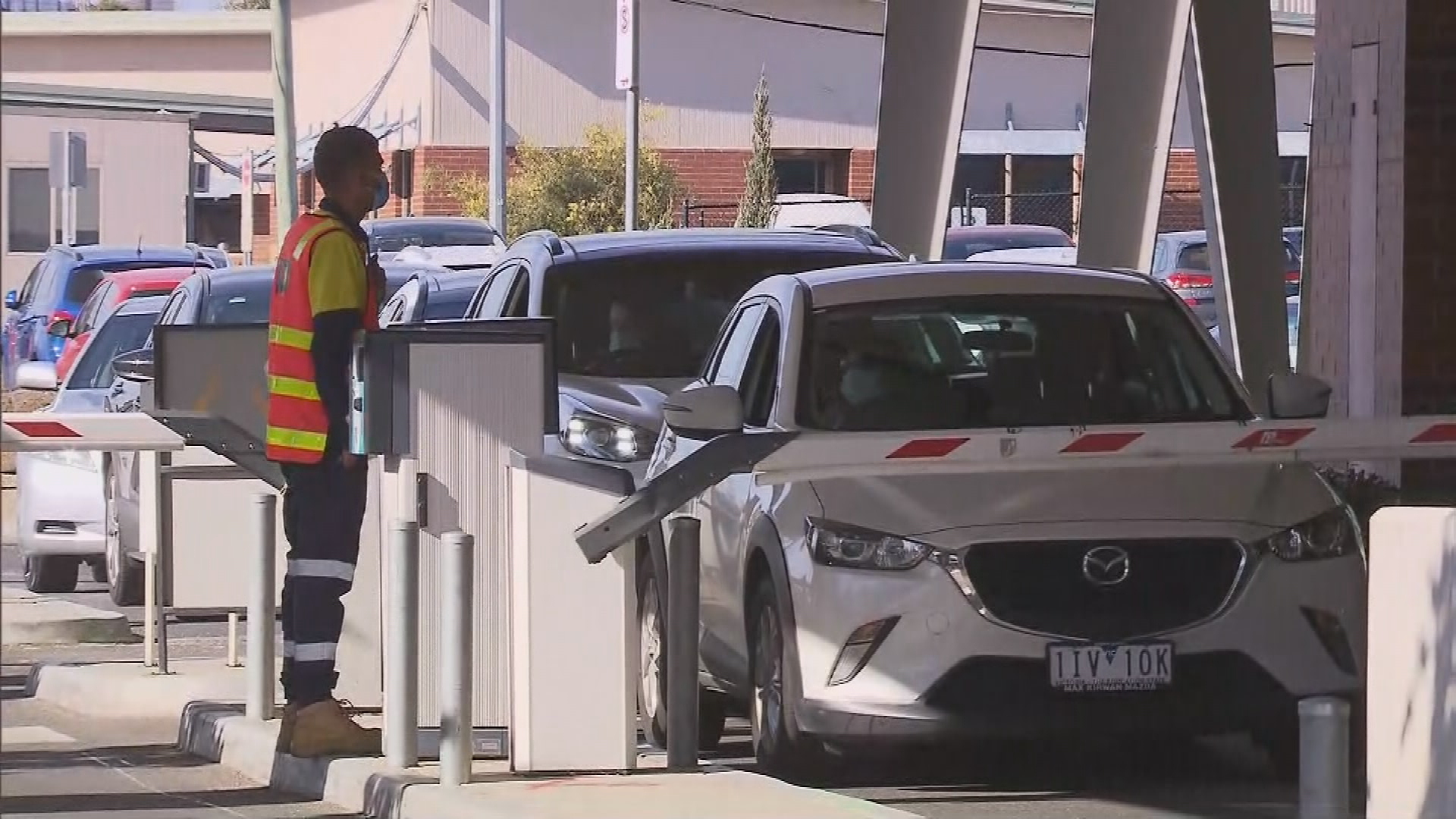