More school students in Victoria will return to the classroom in the next few weeks, it has been announced.

More school students in Victoria will return to the classroom in the next few weeks, it has been announced.

Victorian Deputy Premier James Merlino announced that as well as primary school and VCE students returning on Monday, October 12, year sevens will also go back then.

Mr Merlino said it will mean 50,000 students will be back in front of teachers, which he said was "incredibly pleasing". 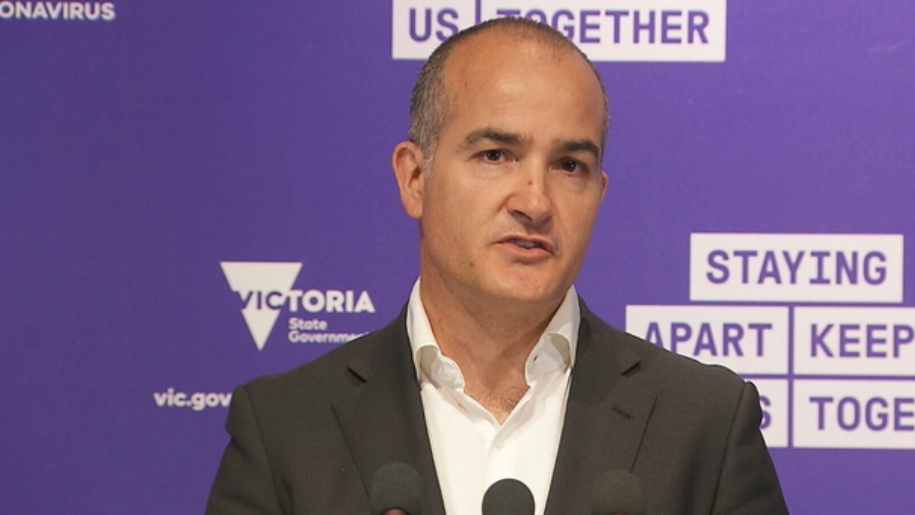 A fortnight later, on October 26, years eight to ten will also return to the classroom.

Some senior students are already back at school ahead of exams.

"As we have always said the advice has always been a gradual return to face-to-face teaching," he said.

"We were never going to have a million students at the same day, same time, return to school.

"The two weeks gives us time to monitor the impact."

Everybody must wear a mask at secondary schools, and pick-up times will be staggered, he said, with parents not allowed to hang around at the school gate.

"Today is a really, really great day. This is the light at the end of the tunnel," he said.

The 14-day average is now down to just over 11 for Melbourne.

It's the first time for almost a month nobody has died in the state from the virus.

Three of the new cases are linked to known outbreaks and six are from unknown sources.

One of the new cases is in Shepperton, in regional Victoria, however, while it's being treated as a positive case, Chief Health Officer Brett Sutton said it might turn out to be negative and the person was being retested.

There are 30 patients in hospital in the state, three in intensive care, and two on ventilators.

Currently, there are 29 healthcare workers with the virus.

There were just over 9000 tests done yesterday. There are now 77 people with the virus in aged care homes, a figure Mr Andrews said continues to drop.

Professor Sutton said the figures today were "encouraging," but it was a "lineball" as to whether Victoria would meet the tight rules needed to come out of the next stage of lockdown.

"We're still trending in the right direction," he said.

Over the weekend, thousands of people were seen crowding together at St Kilda beach and Altona beach in clear breach of social distancing rules.

The five-kilometre radius rule stopping people travelling into other neighbourhoods is due to end on October 19.

But the premier has warned it could be extended if people misbehave.

"We've just got to stay the course on this," Mr Andrews said.

Today Professor Sutton said lifting the 5km rules could cause "explosive" transmission in areas which have had no cases, and where people had become compliant.

He said he didn't know if the rule would stay or not.

He said extending it to 10km could be one of the options considered.

But he said he had his "fingers crossed" kids would be able to go out trick or treating on Halloween this year, when asked.