Victoria has recorded 37 new cases of COVID-19 in the last 24 hours, the lowest daily figures since June.

Victoria has recorded 37 new cases of COVID-19 in the last 24 hours, the lowest daily figures since June.

The state has recorded a further six deaths bringing the state's death toll to 716.

Today's figures are down from yesterday and are the lowest since June 26 when Victoria reported 40 cases.

It is also the ninth consecutive day where cases have been below 100, continuing the state's downward trend.

Despite announcing some easing of restrictions for pet grooming and beauty salons, Premier Daniel Andrews reinforced the importance of the curfew, saying the measures are important to assist police and limit community transmission.

"I'm not going to ask police to spend hundreds and hundreds of hours clearing out McDonald's car parks in the suburbs with pop-up gatherings, illegal house parties, the list goes on and on. None of that is conducive … all of that is a waste of police time" he said.

"It is about giving police the easiest set of rules to enforce, and it is about making sure that the police are not having to waste their precious time dealing with things that shouldn't be happening and can easily be prevented, by putting a curfew in."

There are 19,800 aggregate confirmed cases of coronavirus since the beginning of the pandemic.

"I'm sad to have to update you that's now 716 Victorians have died because of this global pandemic," Mr Andrews said.

There are 126 Victorians in hospital, nine of those in intensive care and six of those nine on a ventilator.

"Those numbers continue to steadily fall and that is great news for every Victorian but it is particularly great news for those in our hospital system who are caring for those patients," Mr Andrews said.

The state's Chief Health Officer, Brett Sutton, said cases were "trending down across the board".

"These the lowest we have seen four weeks and weeks. The numbers in hospitals, in ICU ventilators are at their lowest level for several weeks as well. The same applies to active cases, now down to 1,251," he said.

Mr Sutton said the state was still aiming for close to zero community transmission and said the government would not be willing to risk a third wave by lifting restrictions prematurely.

Mr Sutton said there was a chance of a third spike in cases, even with 10 cases per day   "You wouldn't want to flip a coin on it," he said.

Numbers in regional Victoria continue to fall with no new cases recorded today.

"I'm very pleased to be able to update you that there are now just 58 active cases in regional Victoria in all of those local government areas covered by stage three," Mr Andrews said. 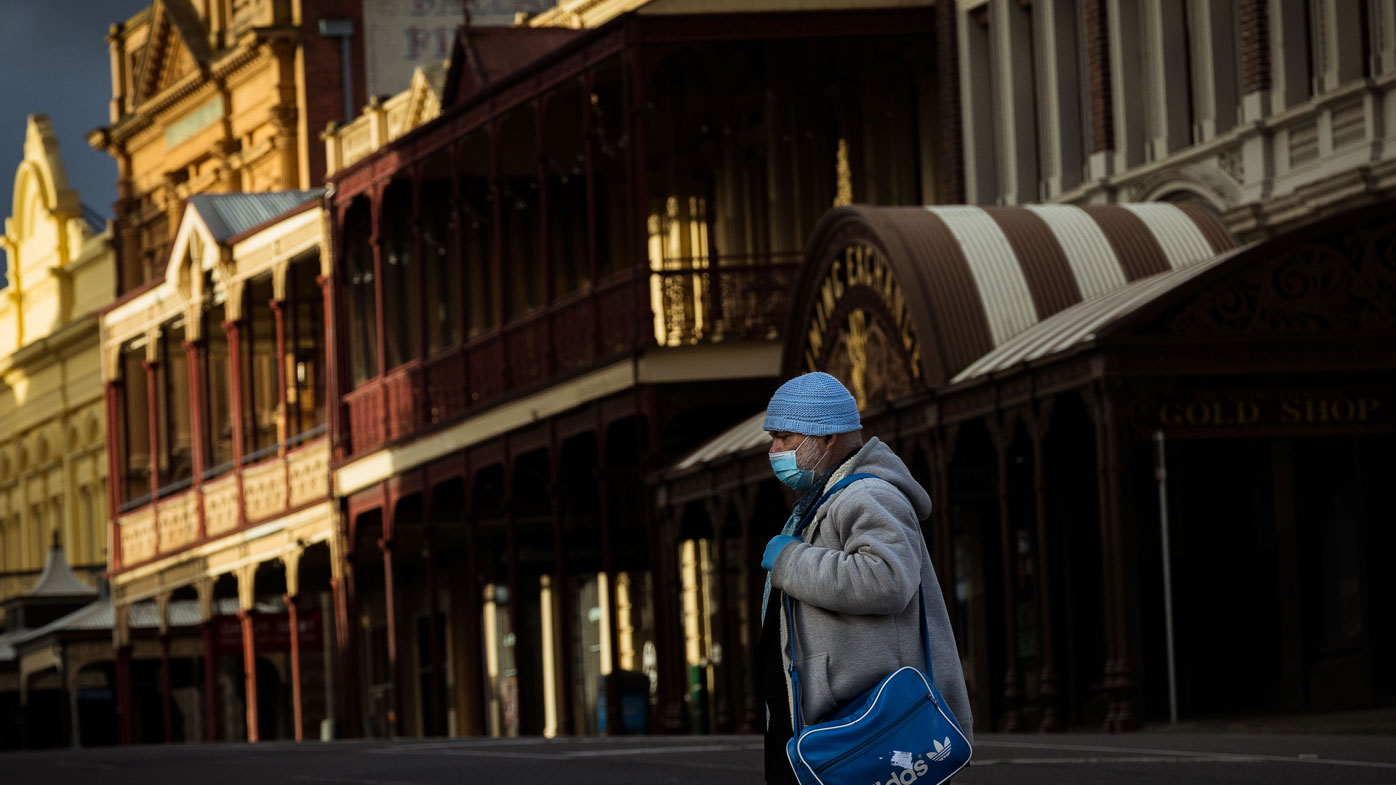 "That is proof to every single Victorian that we can drive these numbers down and we can open up and do it safely and I want to congratulate and thank every single regional Victoria for the part they are playing on that."

Victoria's 14-day rolling case average has fallen from nearly 95.5 five days ago to 61.6 today. In regional Victoria, the numbers are even lower at just 4.3.

READ:  Outrage after Acting PM's comments on US Capitol riots