﻿Victoria has recorded 535 new local COVID-19 cases and one death over the past 24 hours, as thousands of police patrol central Melbourne to deter anti-lockdown protesters.

Officers in Melbourne were this morning checking every entry point to the CBD for anti-lockdown protesters.

A ring of steel has been placed around the city with public transport halted and 2000 officers patrolling the streets. 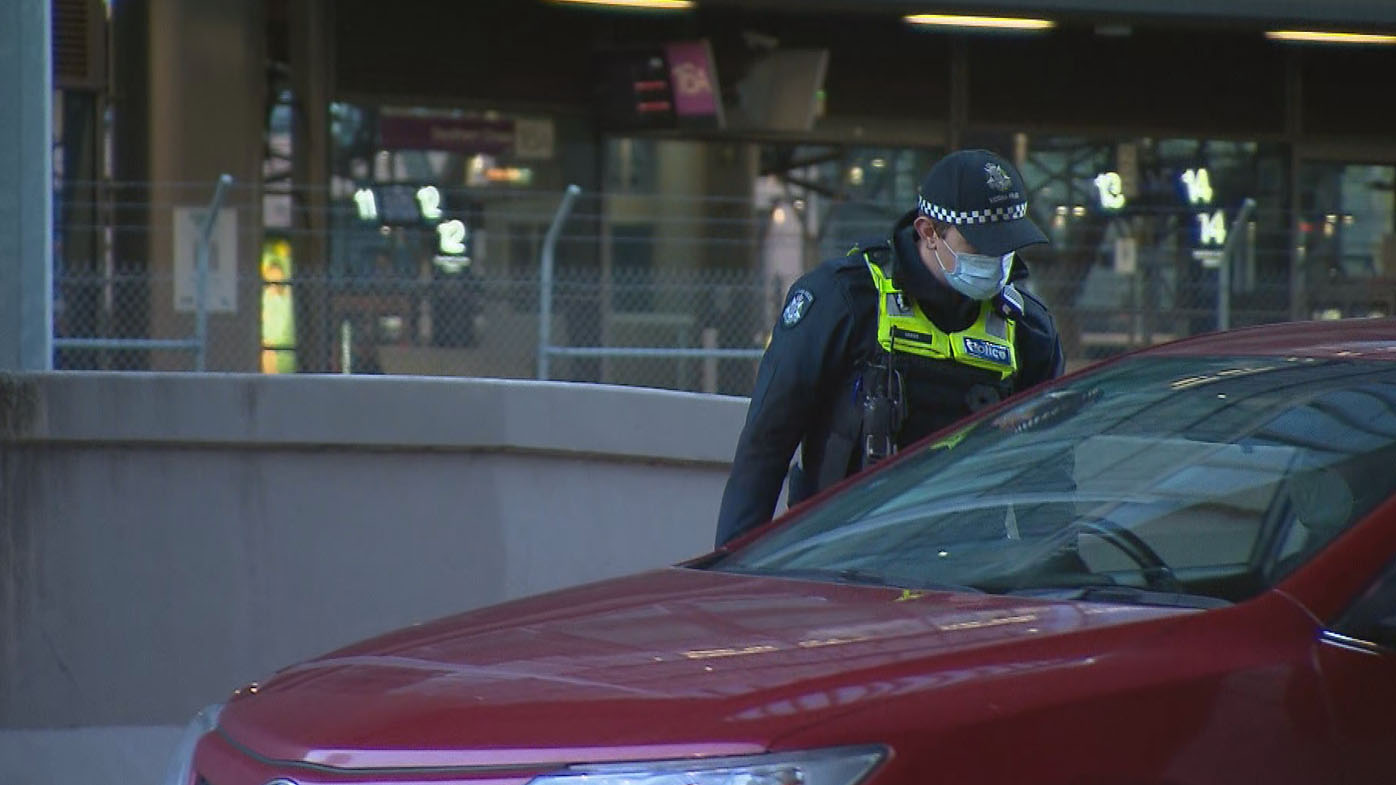 Health Minister Martin Foley said that of the day's new cases, 62 are so far linked and there are now 4974 active cases within the state.

The latest death overnight comes in a woman from the Greater Shepparton region, aged in her 70s.

More than 50 are in intensive care and 40 require a ventilator. 87 per cent of those are not vaccinated at all and 12 per cent were partially vaccinated.

Mr Foley said that testing numbers had been relatively high, particularly in Ballarat.

"It was a very strong day of testing yesterday, with 61,622 tests processed, some 3177 of those came from Ballarat," Mr Foley said.

"Can I say, in the last two days, five per cent of Ballarat's population, a remarkable effort, has been tested.

As of today, 71 per cent of the eligible population in Victoria have received a dose of a vaccine.

"Craigieburn is one of the most serious situations in terms of case numbers, from yesterday's numbers, it is more than double the next suburb, being Roxburgh Park, with 28 cases.

"We now have over 2500 active cases in those northern suburbs, so please, again, as the minister has said, we are establishing pop-ups in that area for vaccination. Please come forward and get that jab."

Meanwhile, Victoria Police were locking down the CBD between 8am and 2pm today to stop people convening and creating a COVID-19 "super-spreader event".

All public transport services to the CBD have been suspended between with hard barriers also been set up at key access points.

Earlier today, the first doses of the mRNA vaccine Moderna arrived in Australia.

The precious cargo came into the country last night on an Emirates flight, which landed at Sydney Airport.

The second shipment of the vaccine is expected to land on our shores in the coming days.