Dozens of Melbourne year 12 students have tested positive to COVID-19 preventing them from sitting their General Achievement Test tomorrow.

Dozens of Melbourne year 12 students have tested positive to COVID-19, preventing them from sitting their General Achievement Test (GAT) tomorrow.

It comes after COVID-19 testing for students sitting the GAT exam was "strongly encouraged" in a number of hotspot local government areas, including Brimbank, Casey, Darebin, Hume, Melton, Moreland, Whittlesea and Wyndham. 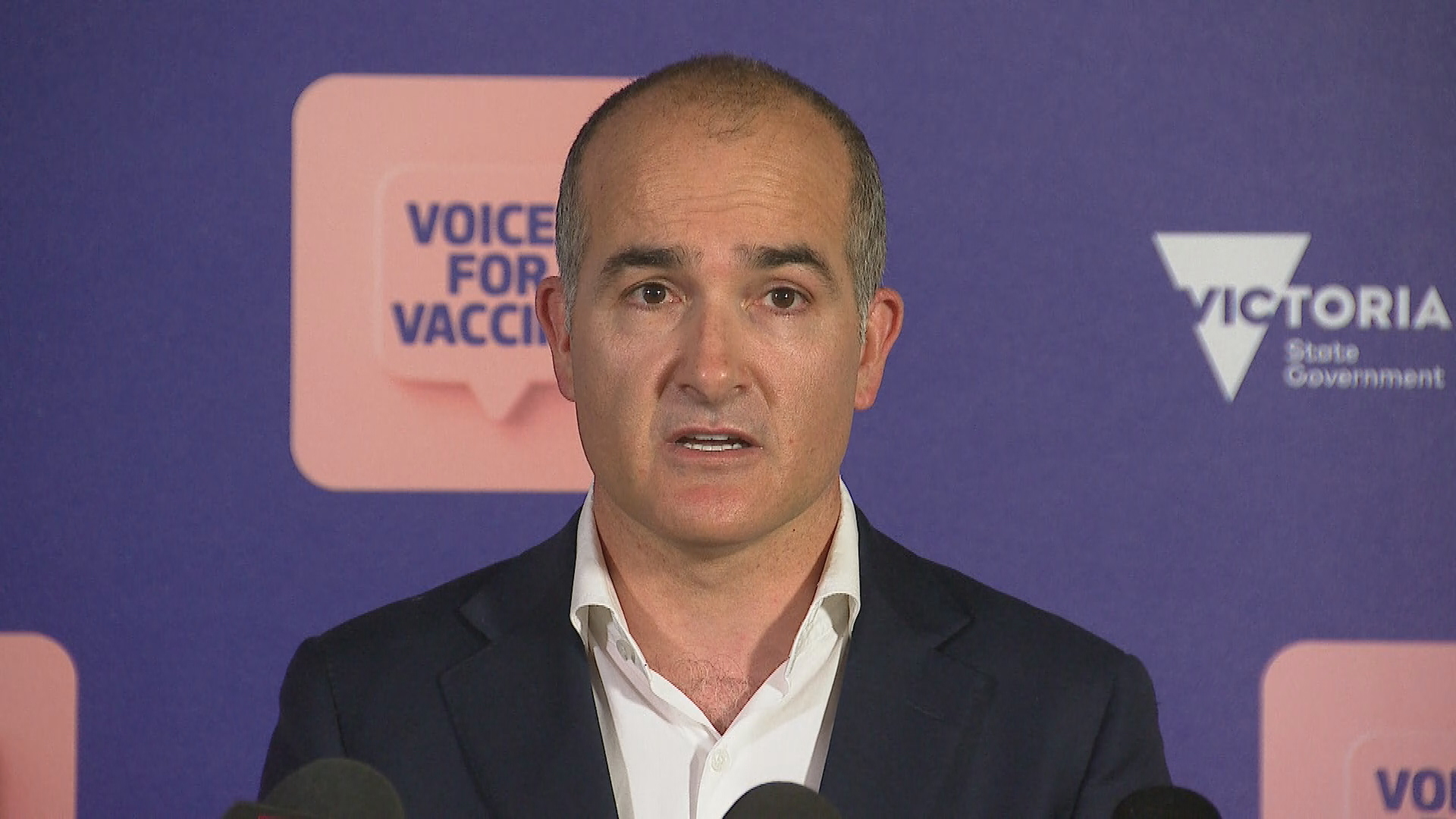 "We may not have found these cases otherwise, so that goes a long way to help us hold the GAT as safely as possible tomorrow," Mr Merlino said.

"The Department of Education is contacting these students and letting them know that they cannot sit the GAT and we'll make arrangements for how they can sit their exams at a later stage."

Mr Merlino said he was liaising with the Department of Health to potentially update isolation requirements for students as schools begin to reopen.

"If there is an outbreak in a school, there will be the need to immediately close and clean the school - but in the past, it has been for a 14-day period," he said.

"We are working with the Department of Health to ensure we can keep the number of students impacted and the time as short as possible."

A further $230 million will go towards continuing the tutoring program in Victorian schools until the end of 2022 to help students learn following disruptions caused by the pandemic.

"This year we've had more than 6400 tutors employed in government and low-fee non-government schools right across Victoria," he said.

"Given the continued impact of the pandemic through 2021, we need that support next year.

"Each individual school will receive the same allocation as they received this year, except for our very, very small schools.

"Their allocation will actually go up from $15,000 to $25,000 as a minimum allocation, enabling our very small schools to provide more hours, more staff to deliver the tutor program."

The tutors include retired teachers, teachers on leave and young pre-service teachers. 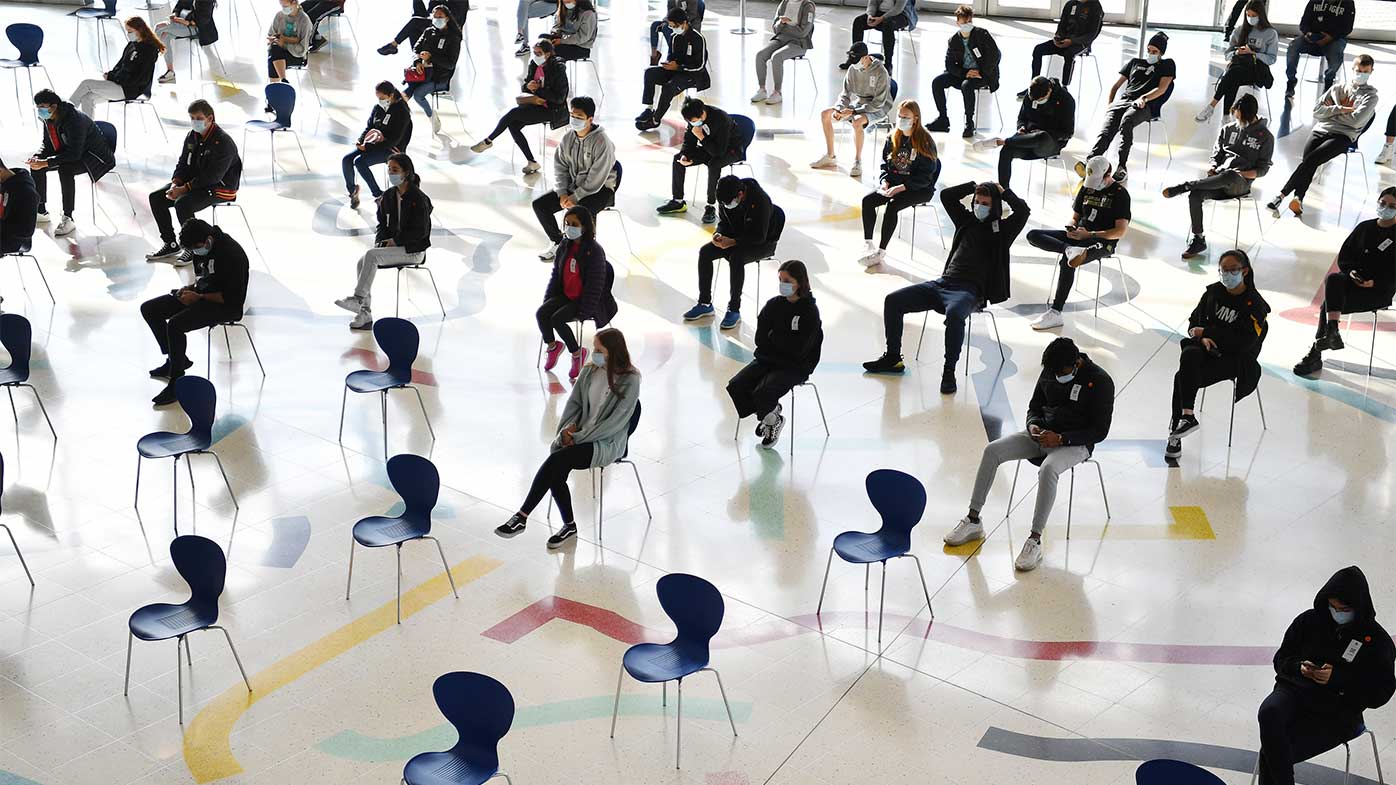 Melbourne most locked down city in world

Victoria recorded 1377 new cases of COVID-19 today as Melbourne became the most locked down city in the world.

The city has claimed the dubious title from the Argentinean capital of Buenos Aires after passing into its 246th day in lockdown.

The state is preparing to open up once it hits its 70 per cent fully vaccinated milestone later this month. The Department of Health confirmed another four people died from the virus yesterday.

More than 67,000 people came forward for testing and 30,985 vaccine doses were administered.

Victoria's Chief Health Officer Brett Sutton said more than a quarter of the state's new 1377 cases were in Melbourne's western suburbs. There were 73 in regional Victoria.

Professor Sutton said the increase in vaccination rates in Hume and Wyndham in the past couple of weeks had led to stabilisation of COVID-19 numbers in those LGAs.

However, there are fears the state could delay the easing of restrictions as hospitals remain pushed to the brink.

Emergency department doctor Jonathan Papson at the Royal Melbourne Hospital said hospitals were being swamped with an influx of COVID-19 patients.

"They have the same story. They're young. They're sick.

"They are largely unvaccinated.

READ MORE: Aussies vaccinated against COVID-19 given the chance to win $1 million 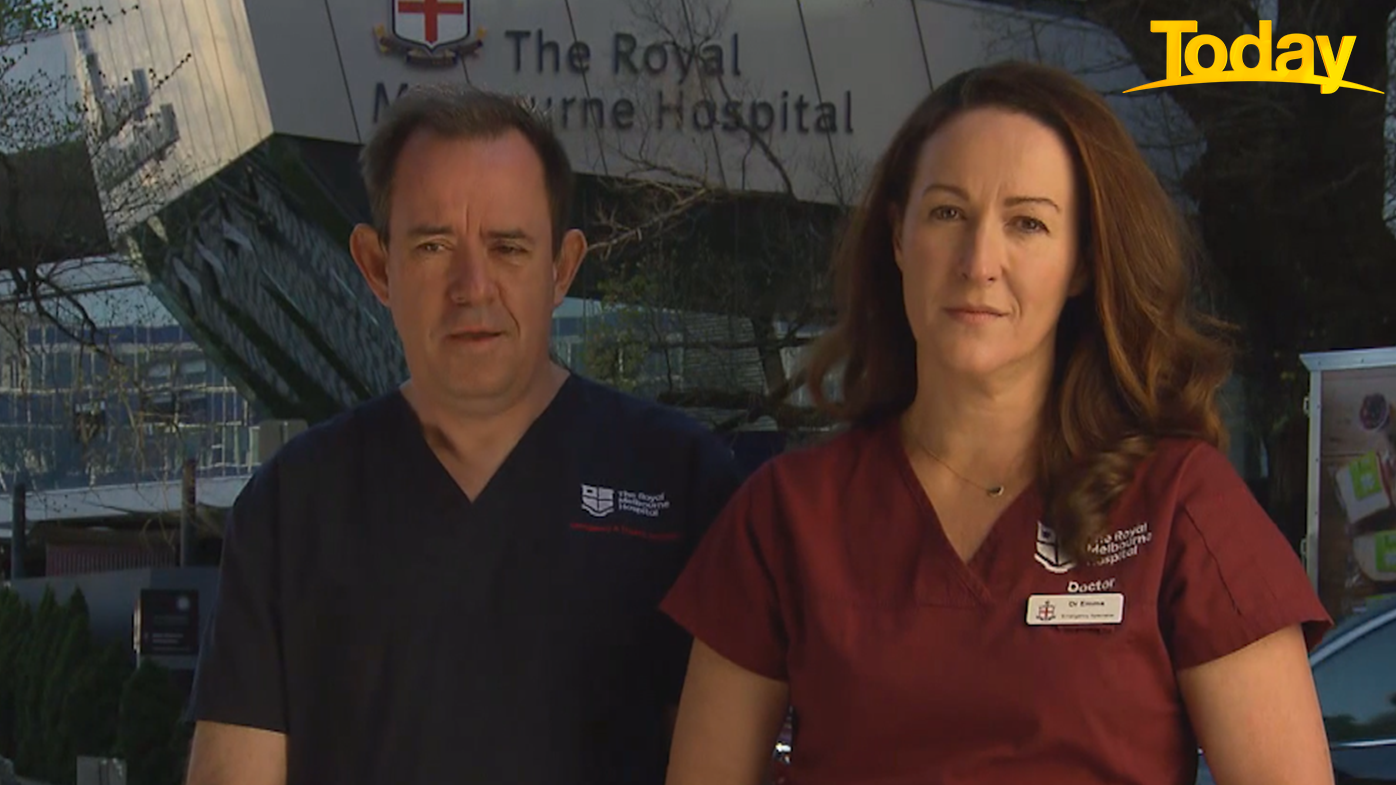 Director of emergency training at the Royal Melbourne Hospital Dr Emma West said the hardest thing to see was "unnecessary suffering" in patients.

"Last night I saw a young mum who left her family," she said.

"She's got COVID. She thought she might get simple treatment and perhaps go home.

"She needs oxygen. She's coming into the hospital alone. She's left her family - doesn't know when she'll see them again.

"She's hoping she doesn't need ICU. It's a lonely disease."

"We have to focus our efforts on where we'll get the most bang for buck, the greatest efficiency and effectiveness of contact tracing," he said.

Professor Sutton said there were too many exposure sites to publish and "people can't go through 100 pages of Tier Two exposure sites, online, they simply won't".

"So it's not an effective use of all of that energy and human resources that can be put into the best and most effective interventions, which relate to household transmission and the transmission of those closest contacts," he said.

"So I think you'll see that we'll be publishing the highest-risk tier sites, as well as letting households know and letting those businesses know what they need to do for those particular higher risk exposures."