A Victoria Police officer who died by suicide eight years ago has been virtually recreated to help the force tackle the issue.

The wife and sons of a police officer who died by suicide have given permission for his face to be used in a futuristic campaign that allows the Melbourne father to talk to his former colleagues about seeking help for mental heath.

Belinda Bozykowski said Senior Constable Laurie Fox had been planning for his future with "not an inkling" of a problem on the morning he took his own life on New Year's Eve in 2012.

But by the afternoon he was "really struggling" and after a final agitated phone call he was dead, leaving behind his sons, Charlie and Henry.

The former tactical intelligence officer's story is not unique, with more than 20 Victoria Police members dying by suicide in the last seven years.

READ MORE: Neighbours tried to use axe to save woman from fatal blaze

The troubling statistic prompted Victoria Police to think out of the box to address the mental health of those working in the force.

Using "deepfake" technology, Senior Constable Fox has been brought back to life and candidly discusses the challenges he faced overcoming mental illness.

"You know what it's like ... I couldn't show any weakness," Senior Constable Fox said.

"I was scared there would be a black mark on my name, and there goes my career.

Deepfake allows an existing image to be projected on to an actor as if it were a mask, creating convincing recordings without the subject's participation.

READ:  Teen fighting for life after allegedly slipping under car in Sydney's north-west

Ms Bozykowski said she and her sons hope the digital resurrection can help save lives.

"I just want them to talk to somebody just in case," she told 9News.

"It could be just a conversation with someone that can make you change your way of thinking."

The Melbourne mum said losing their father was hard on the boys, but that they are still so proud of him and are warmed knowing that seeing his face again could have a huge impact on his old colleagues.

"Whenever we see police they always go up and say hi," Ms Bozykowski said.

"They always say 'my dad was a police officer'."

Charlie remembered his dad's intelligence and wicked sense of humour while his brother Henry said he wanted those struggling to know there is support.

"He was very brave but he just couldn't get through bad situations properly ... it made him feel like 'I can't do this, I need the support', but he couldn't speak up," the schoolboy said.

"Everyone needs to speak up, even if its their weakness."

READ MORE: Two drivers on the run after car rollover on Monash Freeway

Deputy Commissioner Neil Paterson said there is a lot of stigma attached to suicide generally, and the police force is no different. 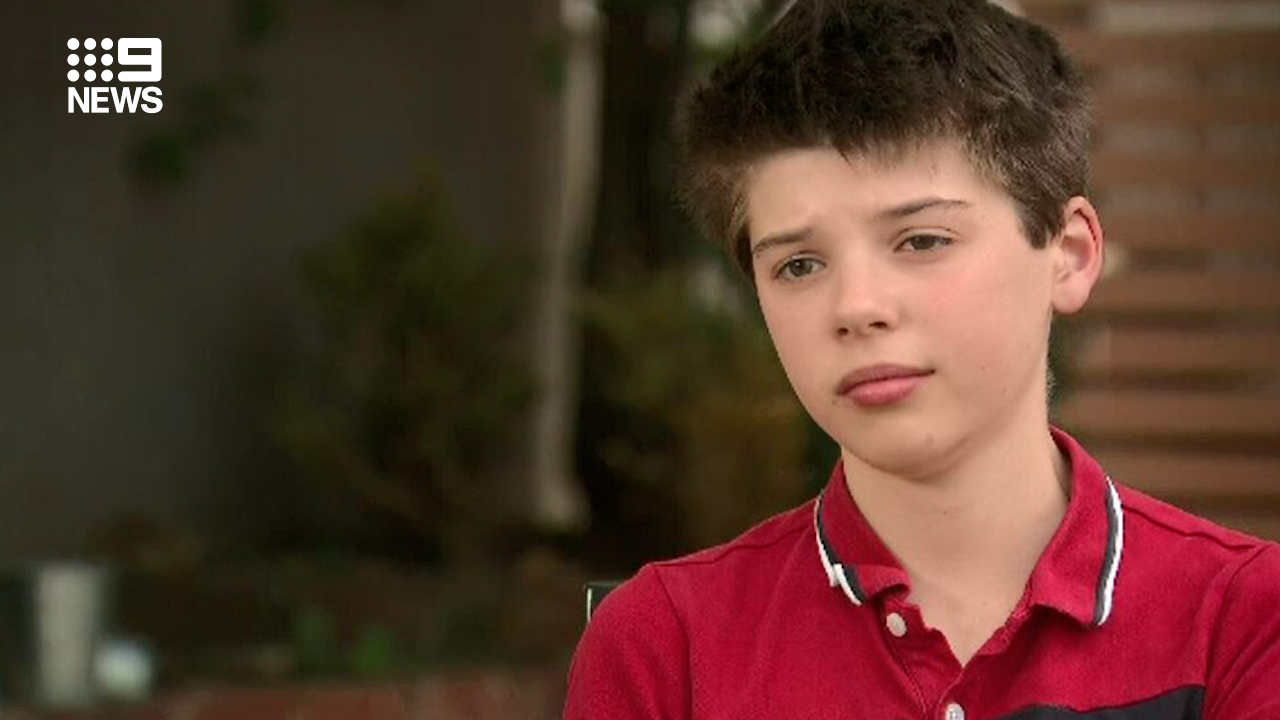 Deputy Commissioner Paterson believes the campaign is key to improving communication in the force.

"We don't want anyone afraid that they might lose their job for speaking up about suicide," Deputy Commissioner Paterson said.

"We want everyone to be able to know that if they come forward when they've got that level of thinking that we're here to support them."

Laurie's story can be accessed on Victoria Police's Bluespace website, which supports the wellbeing of current and former employees, and their families.