The cluster which sparked a seven day lockdown in the city has grown to 35.

"We don't know what's in stall for us in the next 24 hours," DHHS Testing Commander Jeroen Weimar said as authorities urged people to continue being tested and vaccinated despite long wait times. 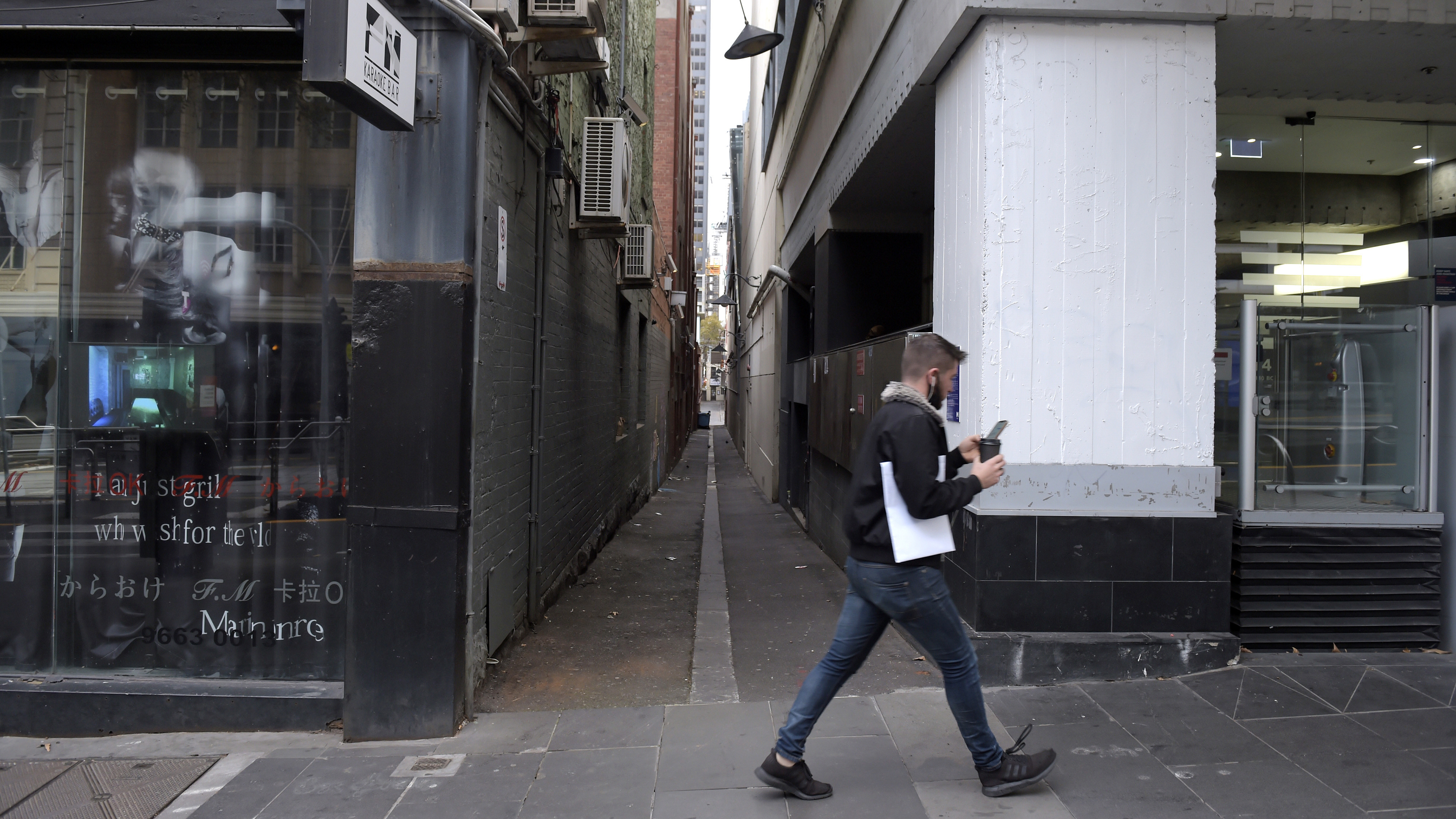 Despite a small number protesting the lockdown in Melbourne on Saturday, health authorities will be hopeful the number of new cases will mean restricting people's movements will be enough to stem the current outbreak.

Mr Foley said all five of the new cases – four in the City of Whittlesea and another at the workplace in Port Melbourne – are linked to the current outbreak.

It comes after a new record was set for both testing and vaccinations with GPs adding to the vaccination hubs helping numbers pass 40,000 on Friday.

More than 56,000 COVID tests were conducted in the latest reporting period and another 21,626 vaccinations administered.

Mr Foley said he was "grateful" to the people who got tested and vaccinated as well as the "millions of Victorians doing the right thing" an obeying the lockdown rules.

A symptomless delivery driver who works for a food distribution centre visited a number of venues and has sparked the alert.

"One in particular I want to focus on is an individual who worked during their infectious period – and I stress, they showed no signs of the COVID symptoms themselves – for a food distribution centre," Mr Weimar said.

"He visited multiple stores and grocery sites across metropolitan Melbourne on the 18th and 19 May.

"As a result of those inquiries, a large number of exposure sites have now been added to the website. I want to thank that company and their customers for their efforts in cooperating with our contact traces."

In response, people in Epping, Dandenong, Craigieburn and other related suburbs will be receiving text messages today advising to check the website.

Four of Saturday's cases are family members of the driver, one being a student at Mount Ridley College.

The other new case works at Stratton Finance, Port Melbourne, who went to a display home in Mickleham where a staff member was infected.

COVID response commander, Jeroen Weimar, said 62 per cent of the 3000 primary close contacts identified as part of the outbreak have returned a negative test result.

He said that over 100 sites on the exposure list are evolving and advice could change for people who had been to them.

He said so far there had been negative test results for all of the primary close contacts associated with Highpoint shops in the city.

Plus the two sports matches, at Marvel Stadium and the MCG had so far not seen any positive cases, with Mr Weimar calling it "an encouraging step forward".

"There's no evidence at this point of transmission at those games," he said.

There are now 13 cases in staff at Stratton Finance at Port Melbourne. 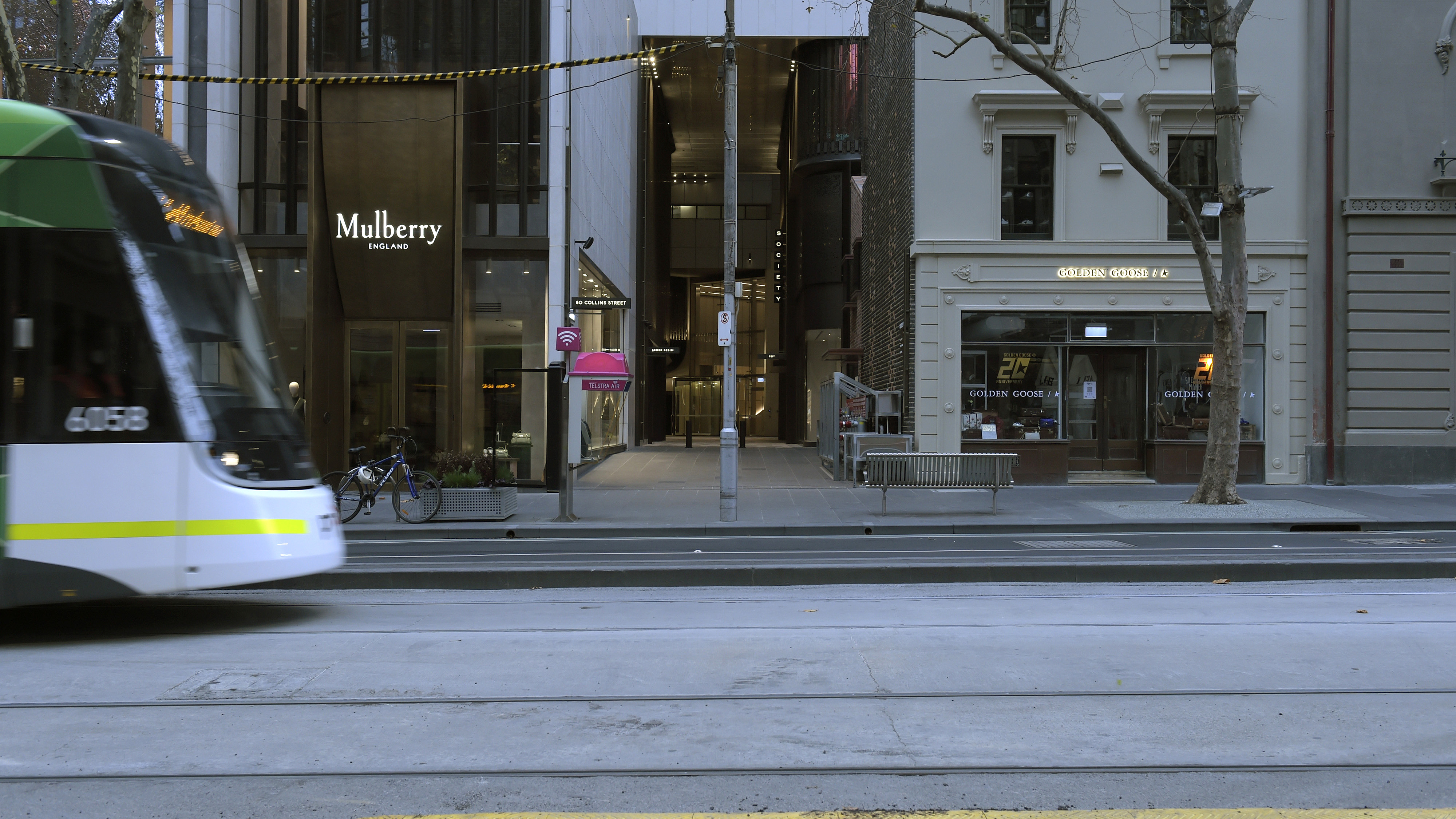 There are 207 testing sites across Victoria, with Mr Weimar saying they have "a lot more staff on" amid lengthy queues at many.

He said five bars and nightclubs including the Three Monkeys in Prahran, the Somewhere Bar in Prahran, the Sporting Globe in Mordialloc, the Palace Hotel in South Melbourne and the Local in Port Melbourne had 500 close contacts identified.

He said so far around 20 per cent of people had tested negative and he expected that to continue over coming days. 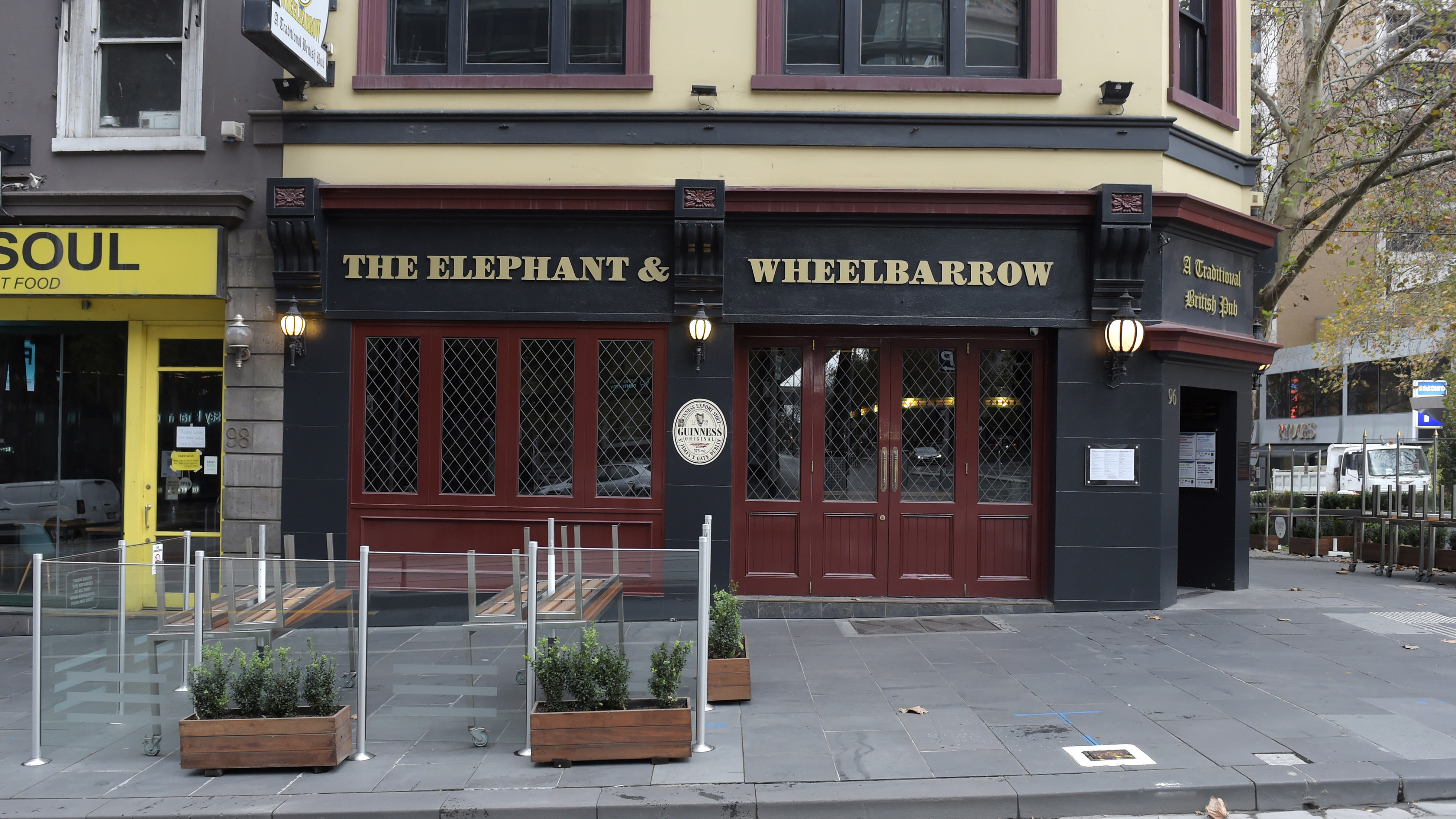 He refused to say if the lockdown could lift earlier, especially with food and grocery stores now added to the list of exposure sites due to the delivery driver.

"We do not know what is in store in the next 24 hours so we are making exceptional progress in terms of contact tracing and we are I think getting close on the heels this outbreak."

Mr Foley defended the decision to lockdown the entire state when all of the cases are in Melbourne.

"We want to make sure, no matter where you are in Victoria, particularly regional and rural Victoria, that you are not exposed to the virus being exported from anywhere but particularly metropolitan Melbourne, into your community," he said.

"That is a pretty simple explanation because it is based on the strongest public health advice that to protect the whole state, we need to do a short, sharp lockdown."

He said it was too early to say if the lockdown could go on longer than a week.

Mr Foley said the government has spent $6 billion already to support businesses and said more details on financial help would be given "in the not too distant future". "We will be working together to get Victoria open as soon as possible, and I believe we will achieve that," he said.

"Every time this virus has confronted us, we have been its match."

Health authorities will spend the weekend urgently trying to reach people who may have crossed paths with confirmed COVID cases amid hopes the new lockdown has been introduced soon enough to control the spread of the virus.

There are fears the outbreak has already had a chance to spread even further with the Department of Health revealing on Friday night multiple new Tier One exposure sites across Melbourne.

Most concerning is a positive COVID-19 case who had no symptoms and worked during their infectious period for a large food distribution centre. That person visited multiple stores across Melbourne "on May 18 and 19 and on other days".

"Significant contact tracing work is underway to identify all close contacts of this positive case," the department said alongside an updated exposure list "published urgently".

Additional Defence Force personnel have been requested by the Victorian Government to help enforce stay-at-home measures during the seven-day "circuit-breaker" lockdown, which is due to end at 11.59pm on June 3.

Professor Sutton warned the lockdown didn't remove the risk of spread and higher case numbers could emerge at the weekend. 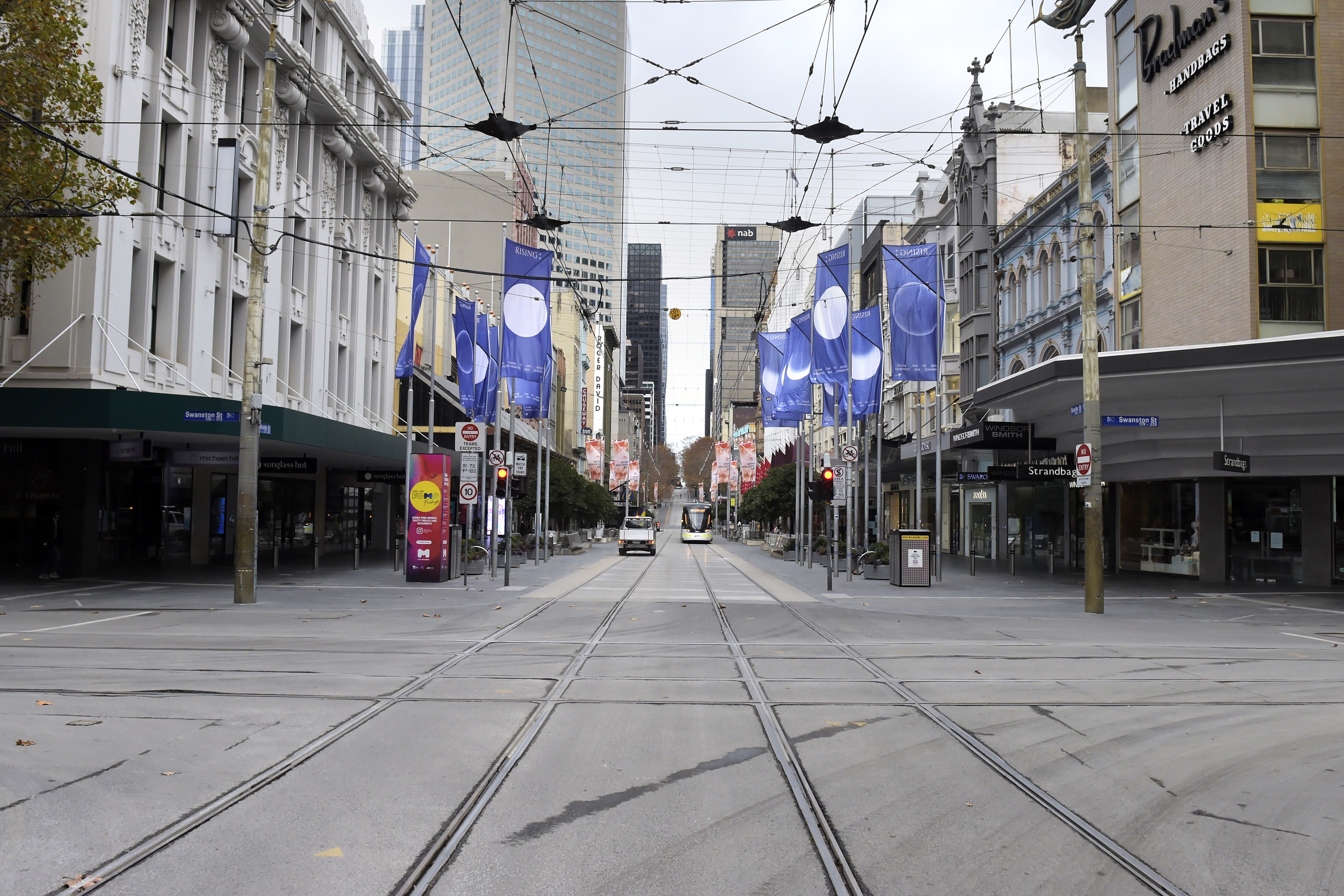 "You really never know what to expect. Of course, four (new cases on Friday) is better than 10. It is not over yet," Professor Sutton said.

"We can get 10 tomorrow, 20 tomorrow, we absolutely have to recognise that there are thousands and thousands of close contacts still to go through."

Further frustrating authorities is fears "Lockdown 4.0" will not be taken seriously enough to slow the new outbreak.

The Victorian Government has slammed footage of patrons partying in a packed Melbourne venue, believed to have been filmed on Thursday night just 10 minutes before the new lockdown began. 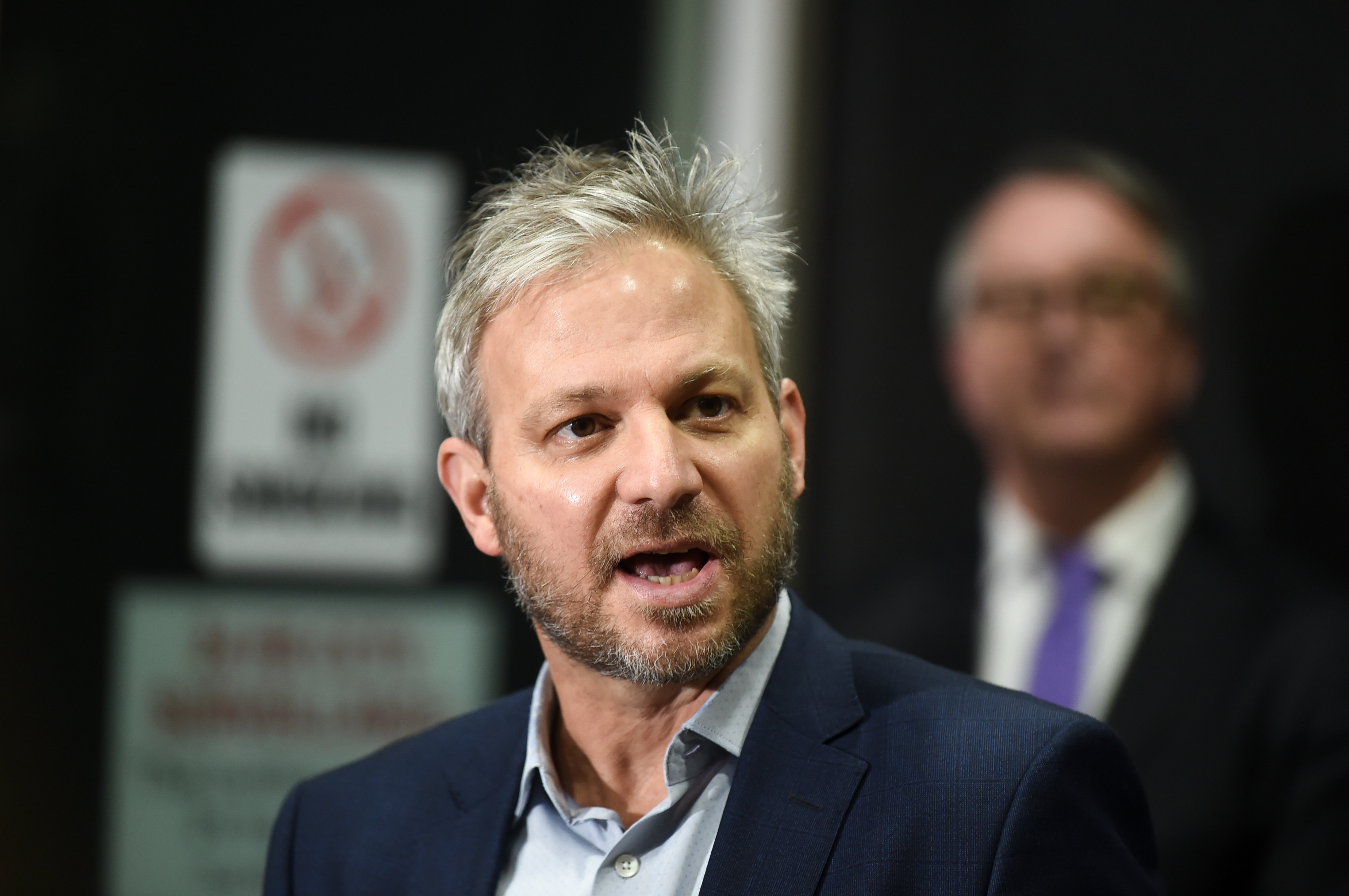 "This footage is beyond infuriating — Victorians will be rightly frustrated at these people who selfishly flouted the rules just before lockdown," the spokesperson said.

"Irresponsible gatherings like this put us all at risk — and it's insulting to all the Victorians working hard to prevent another outbreak of coronavirus in our community.

"This footage has been referred to the appropriate authorities for investigation, and they will take action as necessary."

The footage has been forwarded to relevant authorities, who are investigating.

Despite isolated incidences, there is "real cause for hope" that the quick lockdown will be enough to control the outbreak, Federal Health Minister Greg Hunt said.

"We said yesterday we thought this was a regrettable, but necessary step given the circumstances on the ground," Mr Hunt said.

"There is, however, real hope with the results overnight (Thursday)."