Residents from a town west of Melbourne have been urged to evacuate as an out-of-control bushfire rips through the region.

Residents from a town west of Melbourne have been urged to evacuate as an out-of-control bushfire rips through the region.

An emergency warning was issued for towns Smythesdale, Ross Creek and Scarsdale near Ballarat at 2.20pm today, with residents told to "leave now" to avoid treacherous fire danger.

According to VicEmergency, 53 emergency vehicles were on scene attending to the ravaging blaze, which was quickly moving south.

"There is a bushfire at Smythesdale that is not yet under control," the emergency warning read.

"The bushfire is travelling from Bandy's Road and has crossed Brown's Road in a southerly direction towards Carey's Road and Brown's Scarsdale Road and Gorman Court.

"Leaving now is the safest option, before conditions become too dangerous. Emergency Services may not be able to help you if you decide to stay."

More than 20 new fires have started in Victoria since midnight.

"We are monitoring new starts occurring as that dry lightning goes across the state," he said.

"We are doing all we can at preventing those new starts from spreading. We still have significant fire risk today."

A total fire ban is in place for all state regions except Gippsland and the north-east.

It comes as Victoria sweats through a scorcher day, the mercury tipped to reach a top of 43 degrees in Melbourne. 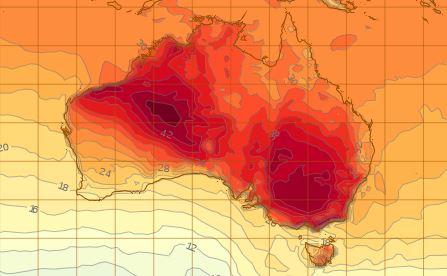 Three Australian state capitals hit 40 degrees on the same day for the first time since records.

Melbourne, Hobart and Canberra all reached the sweltering temperature this afternoon.

Melbourne was the hottest, the highest temperature being 42.6 degrees recorded at Melbourne Airport at 2pm.

While the hottest region in Victoria was Kyabram in the state's north, which recorded 44.8 degrees.

The Environmental Protection Agency (EPA) issued a warning for residents to "stay indoors" as bushfires burn and a dust storm begins to sweep through Victoria.

"Today's air quality will range from moderate to hazardous," the EPA stated.

"The majority of the state will be affected by a dust storm today. The dust storm will reach Melbourne by late afternoon.

"Take care and stay indoors away from smoke and dust where possible."

Bureau of Meteorology (BOM) forecaster Matt Michael said the dust storm would likely reach Melbourne by the evening, due to strong wind gusts of up to 40km/h in the state's north-west.

Thunderstorms and "damaging" wind gusts have also been forecast to rip through Victoria's western-region, which would continue overnight.

"We have plenty of wind over the Wimmera, the Mallee and further north-west of there," Mr Michael said.

"The strongest winds are likely to be coming through the afternoon, but it will take until the late afternoon or most likely the evening for the dust to reach Melbourne."

READ:  Tune In On July 29 For The Fabric Of Reality Immersive Fashion Show

Mount Gellibrand in the state's west recorded gusts up to 119km/h, in a storm set to trigger muddy rain and flash-flooding in Victoria tomorrow.

BOM state manager Andrew Tupper said the mud storm was unlikely to be as severe as last week.

"There is quite a lot of energy in those storms. There is a possibility of more mud rain, but it's not likely it will be as bad as last time," Mr Tupper said.

"It has been a stinker across most of Victoria." 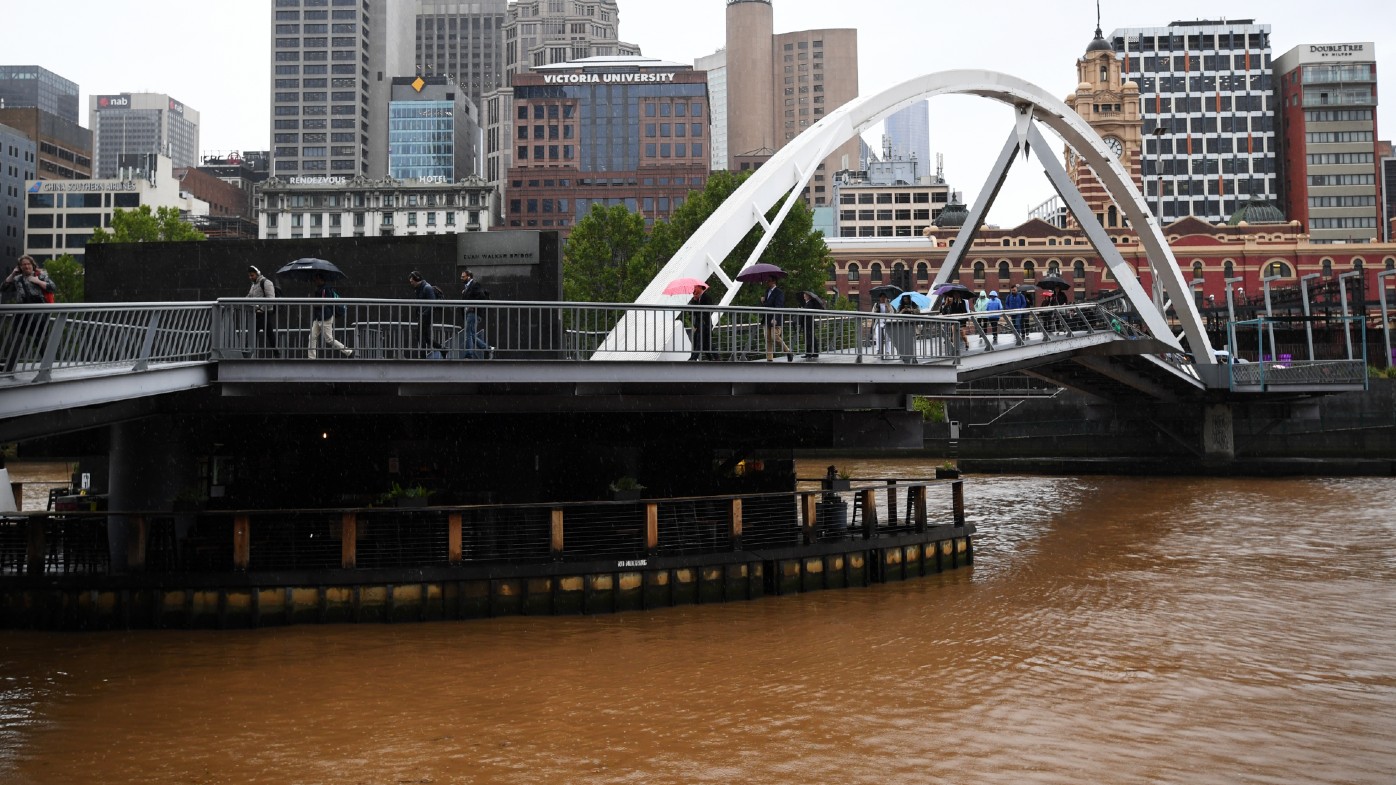 Bushfire-ravaged East Gippsland also received a "watch and act" emergency alert today for towns Bendoc, Bendoc Upper, Haydens Bog, due to a bushfire that was not yet under control.

Residents were also urged to "leave now" as today's dangerous weather conditions posed a severe fire risk, which could threaten lives and homes.

"It's been a mammoth effort," she said.

"We can't let people become complacent. We are asking Victorians to continue to prepare, have a plan and follow advice that you are given."

Fears have also emerged that today's heatwave may trigger power blackouts across the state, as an onslaught of households turn on their air-conditioners.

The Australian Energy Market Operator has urged Victorians to reduce their energy usage between 1-8pm to help prevent outages.

"While there are currently sufficient electricity reserves to manage the peak electricity demand today, this situation could change," the regulator said in a statement.

Temperatures will drop to a cooler 29 degrees tomorrow, but Victoria's merry-go-round weather will continue, with hail and heavy rain forecast.

Mr Tupper said Victoria was experiencing "unprecedented" weather conditions, with high levels of humidity in the evenings – similar to the climate of Darwin and Queensland.

"Instead of the cool change we are getting humidity," he said.

"The humid air has come down from the tropics. It's true that there are many people who wouldn't have experienced those levels of humidity.

"It will be more than uncomfortable and quite difficult for some."