A community held hostage by tourism is making a last-ditch attempt to restore the balance.

Gioele Romanelli's family has owned and managed the Hotel Flora in Venice for 56 years, but never through times like these.

In the space of six months, two unprecedented disasters have taken his city from the brink of collapse by overcrowding to something more like a ghost town. 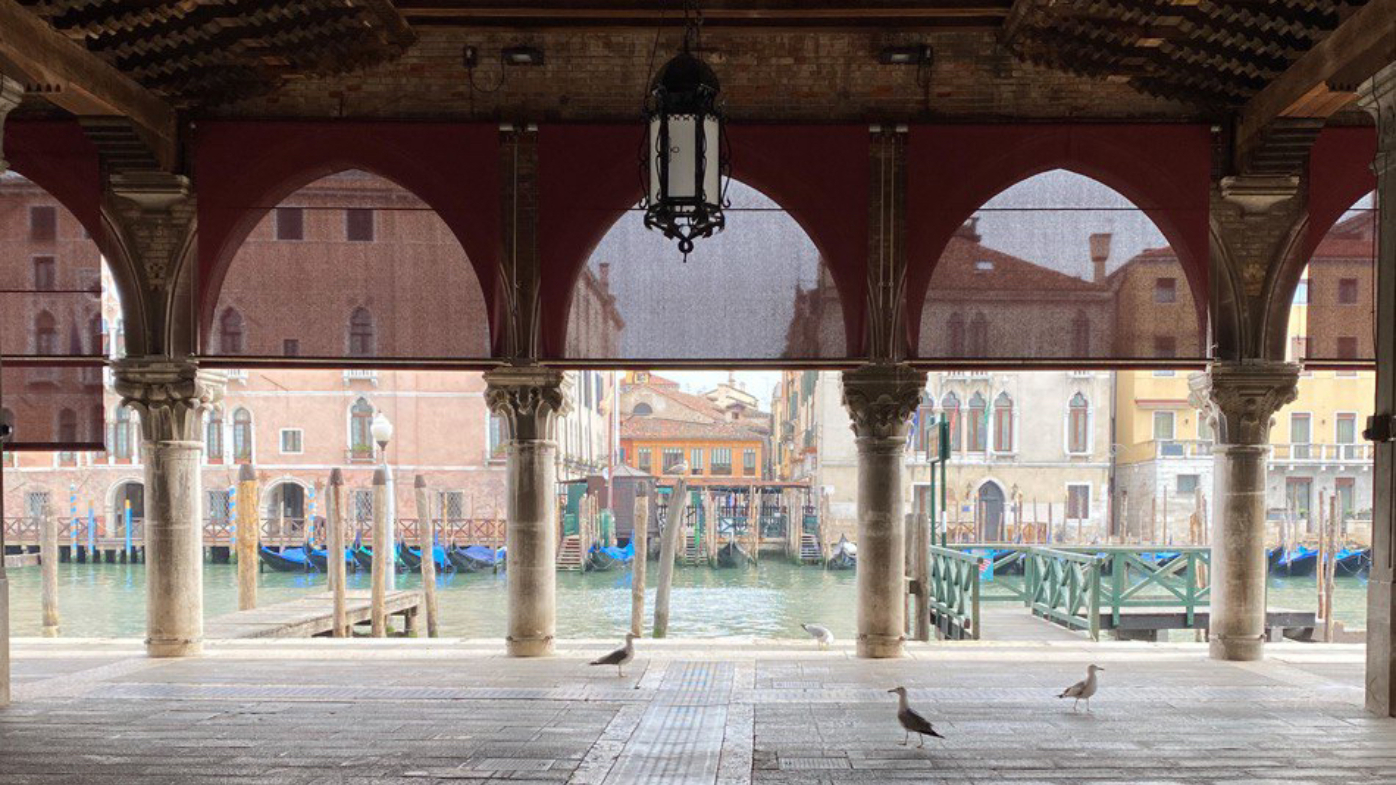 November's annual acqua alta brought the city's worst floods in 50 years, causing an estimated 1 billion euro (A$1.67 billion) of damage. Eleven weeks later, with the city recovering and gearing up for another tourist season, Italy reported its first two COVID-19 infections. It would quickly become one of the worst-hit countries in the world, with over 220,000 confirmed cases and more than 30,000 dead.

On March 8, the country shut down altogether as Italy led the world into lockdown. 'Phase Two' has seen restrictions easing slowly since last week, but businesses like Mr Romanelli's don't know when they can reopen or if they will survive. He said the unforeseen lull brought on by the pandemic may also be Venice's "last and only chance" for urgent change.

He wants to shift the balance of power in favour of local businesses and residents, which he hopes will save Venice's culture before it's too late.

Last Thursday he gathered close to 200 fellow hoteliers (and former rivals) – on video conference, due to social distancing rules – to form the group Hospitality In Venice. Together they want to negotiate a more even footing with the multinational corporations that hold so much power in the city.

READ:  Five things you can do for free at home during the lockdown 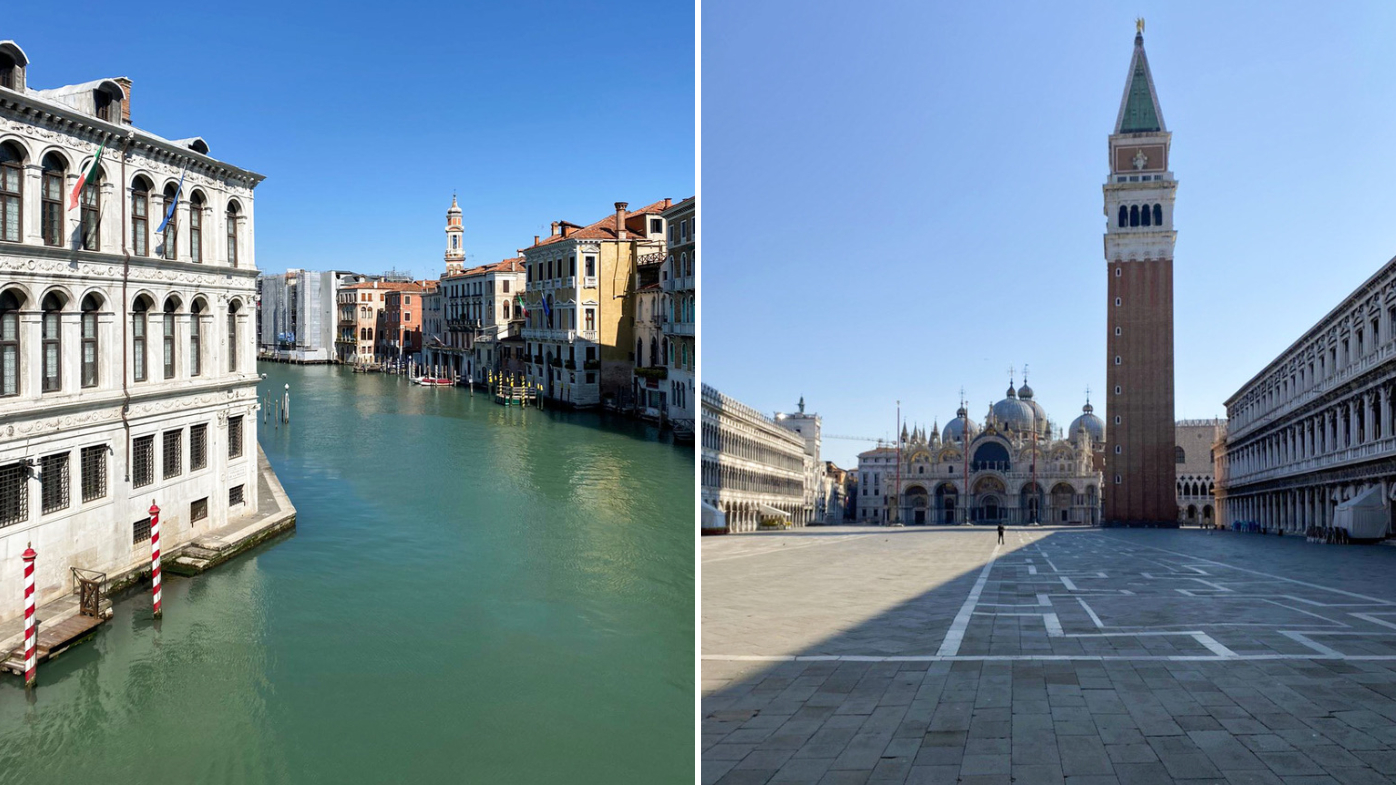 Tourism drives the Italian economy, but it's a poisoned chalice for Venice, where an overwhelming number of visitors has at times caused drastic overcrowding, littering and water pollution, and damage to cultural sites. Cruise ships exacerbate these problems, quickly depositing thousands of passengers who stay in the city only a few hours, queueing for mass-produced souvenirs and leaving having made minimal contribution to the city's economy. (There are also fears the large boats damage the foundations of the lagoon metropolis.)

Meanwhile, major travel sites such as Booking.com and Expedia act as intermediaries for most longer visits, dictating prices and taking commissions of around 20 per cent from local hotels – an amount Mr Romanelli told 9News was "too much" for Venetian businesses.

"These companies are not supporting individual businesses in Venice," he said. "We need some oxygen."

In a letter seen by 9News, Hospitality In Venice members propose to "resettle trading conditions with these agencies" by making their rooms unavailable on the aggregation sites until sustainable rates and commissions are agreed on. It's a gentle strike. Members will collectively put any funds freed up toward projects and restoration for the city.

Mr Romanelli stressed that the movement is not a fight against the aggregation sites, which are an important tool for his industry.

"Of course we need them – but they need us, they need our rooms, our houses," he said. "We need to get back a little bit of our dignity, to feel proud of our work.

"We used to be everyone in his own small business, just trying to survive, be on the top of the list.

"For the first time, I don't feel alone." 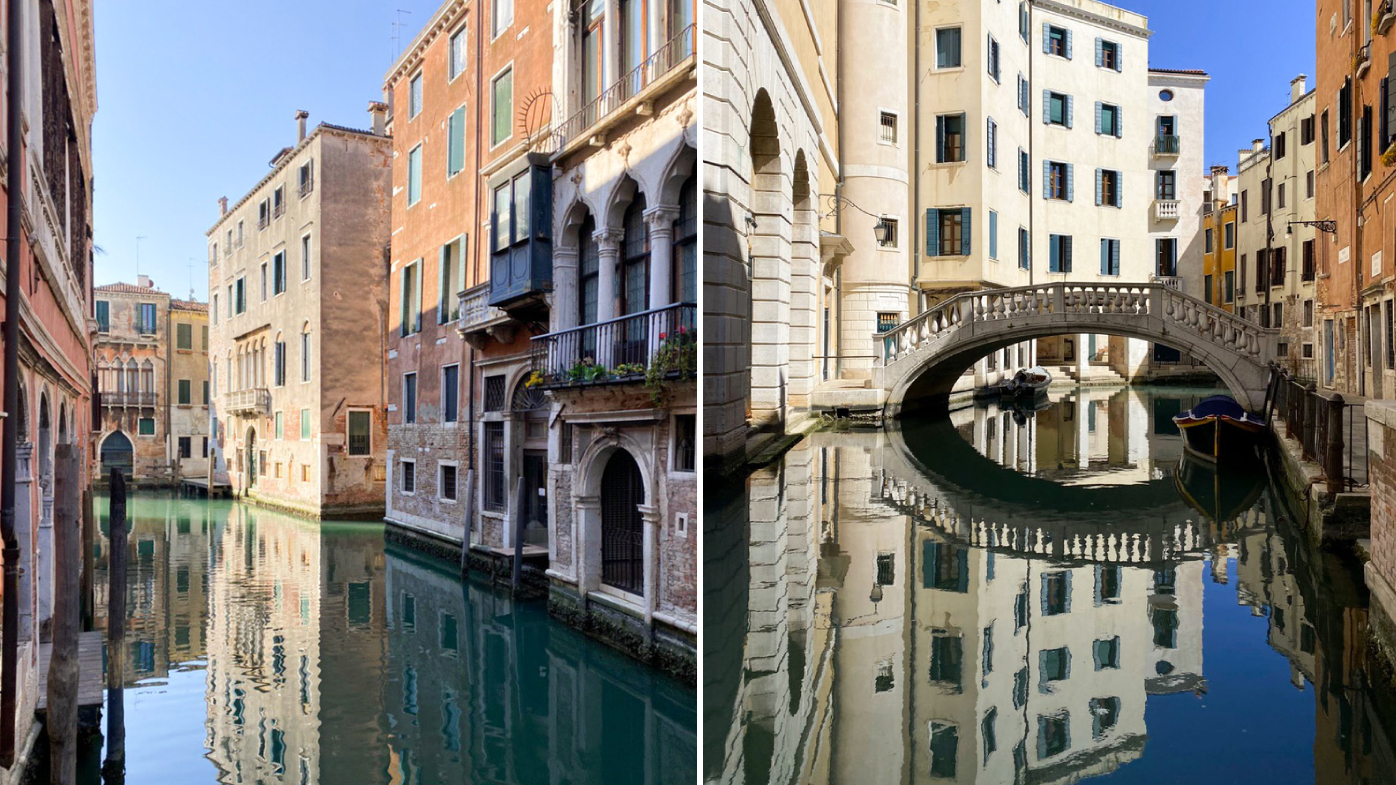 Images of Venice's newly pristine lagoon and canals have thrilled armchair travellers during the coronavirus lockdown, but locals are anxious for the city to start welcoming outsiders again. Social security (Cassa Integrazione) is helping businesses like Hotel Flora cover employee salaries for now, but even a moderate lag between restrictions lifting and tourists coming back could send many under.

"It's surreal being here in this moment; no one else has seen it in this dimension," Mr Romanelli said.

"But we need to restart, to work as soon as possible. We need it for us, for the families of our workers, for our houses, for the whole city." 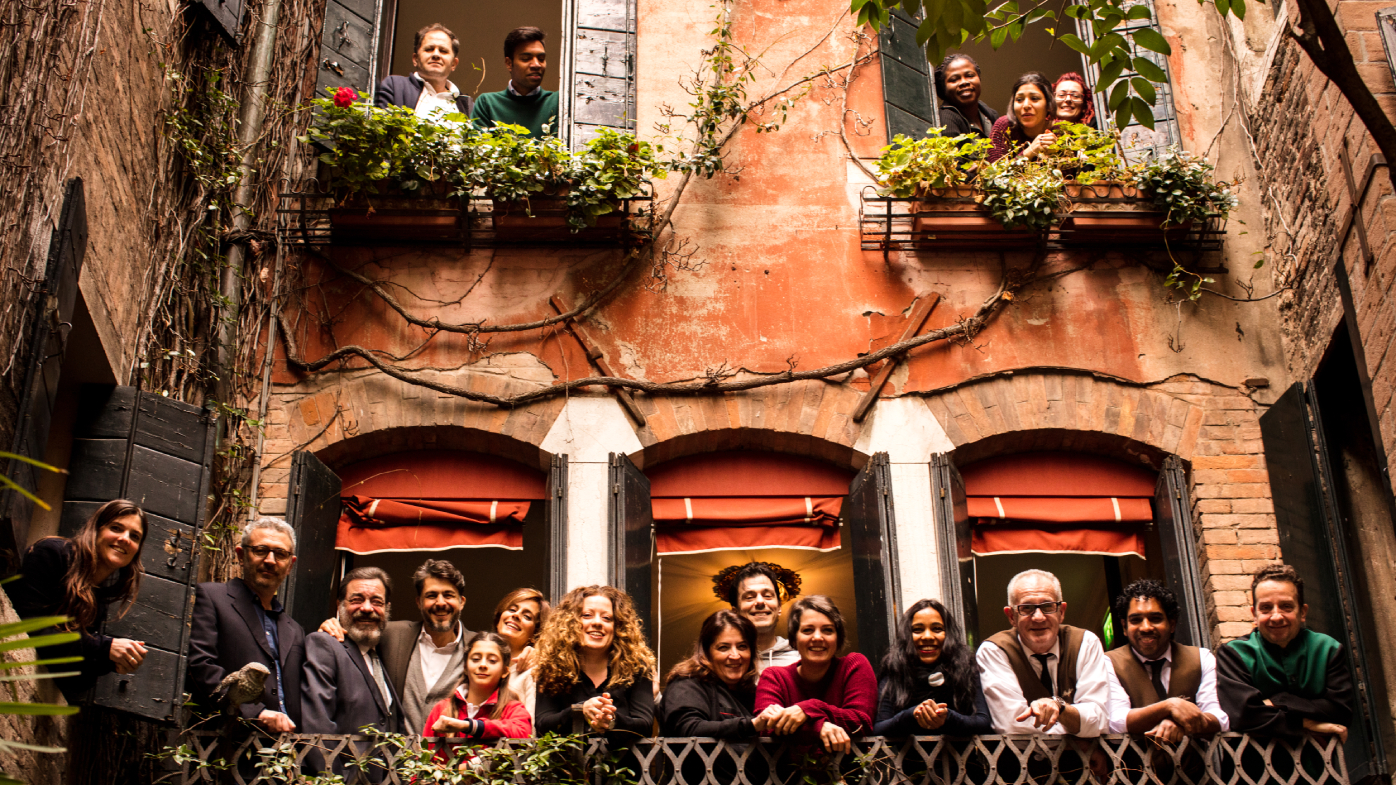 Like most Venetians, he hopes travellers will return to the city as soon they're able to – but respect its fragility, and look after the peaceful beauty that has been able to re-emerge amidst the tragic events that unfolded this year.

"We don't want to go back to the kind of tourism we had before the COVID" he said.

"At the same time, it's not a museum. It's a lively city, full of culture and people who are invested in their lives here. Enter a little bit more into the real game of the city – it's something we've lost in travelling generally… it's not just to have a selfie in San Marco's Square." 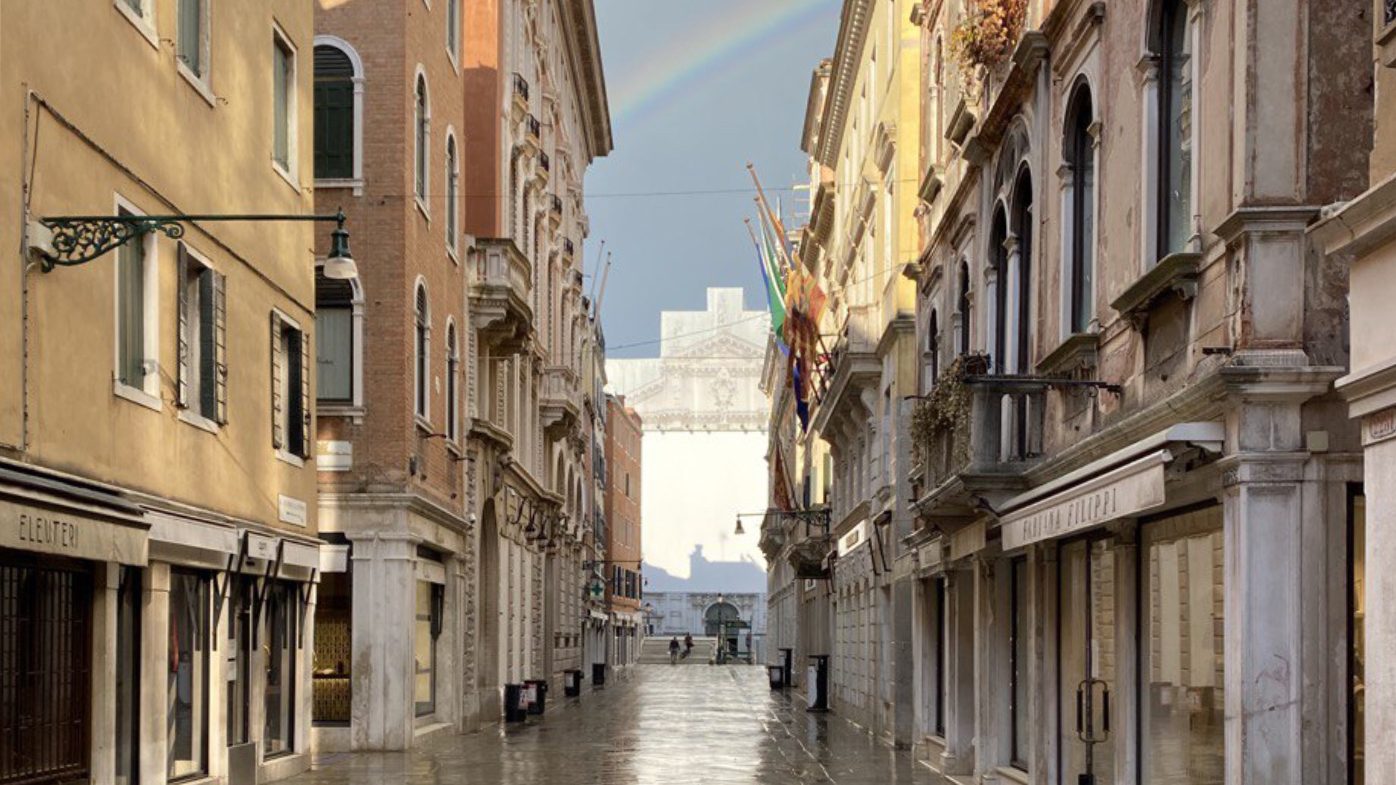