An investigation found a series of bishops, cardinals and popes downplayed or dismissed reports the ex-Cardinal slept with seminarians, and determined that Pope Francis merely continued his predecessors’ naive handling of the predator until a former altar boy alleged abuse.

A Vatican investigation into ex-Cardinal Theodore McCarrick has found that a series of bishops, cardinals and popes downplayed or dismissed reports that he slept with seminarians, and determined that Pope Francis merely continued his predecessors' naive handling of the predator until a former altar boy alleged abuse.

The Vatican took the extraordinary step on Tuesday of publishing its two-year, 400-plus-page internal investigation into the American prelate's rise and fall in a bid to restore credibility to the US and Vatican hierarchies, which have been shattered by the McCarrick scandal. 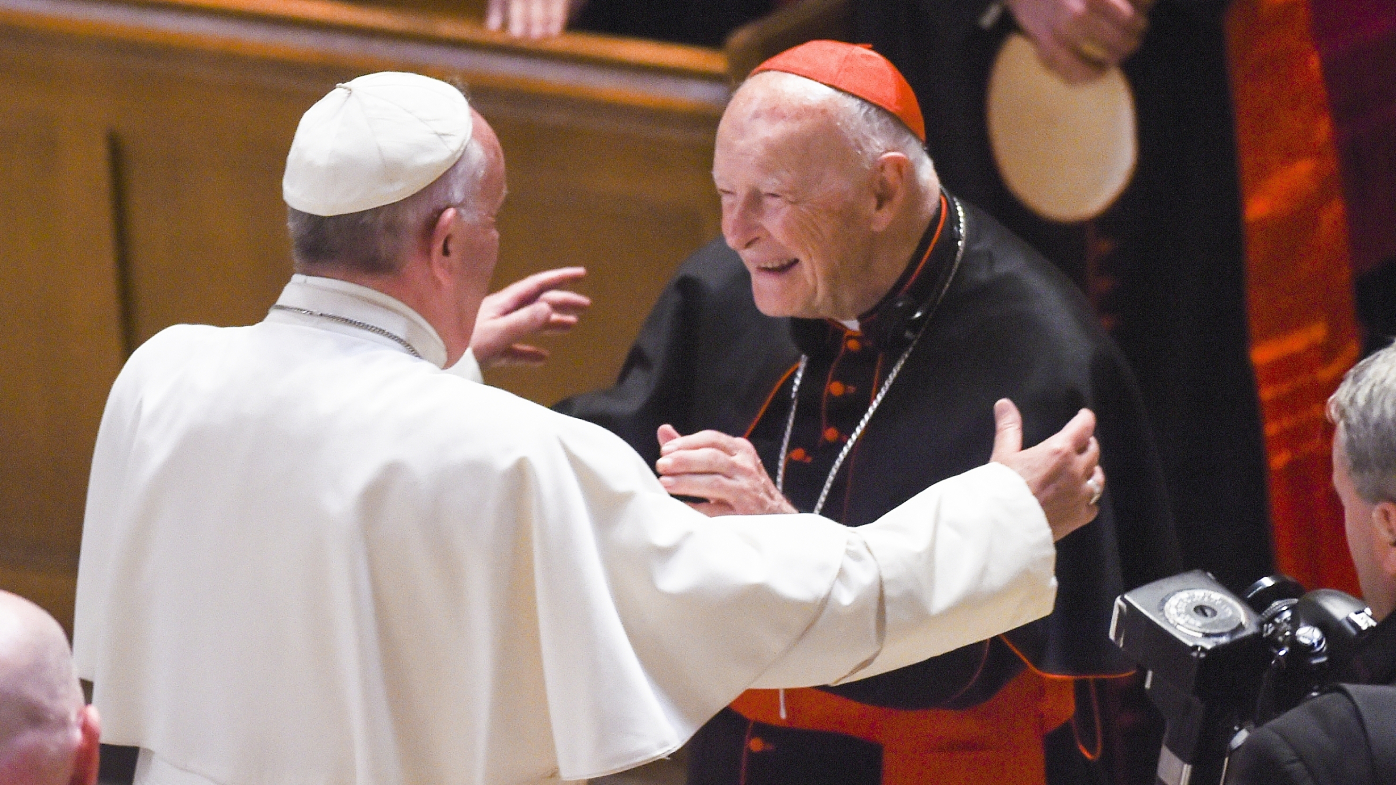 Pope Francis defrocked McCarrick, 90, last year after a Vatican investigation confirmed decades of allegations that the globe-trotting envoy and successful church fundraiser had sexually molested adults as well as children. The Vatican had reports from authoritative figures dating back to 1999 that McCarrick's behaviour was problematic, yet he continued to rise to become an influential cardinal, kingmaker and emissary of the Holy See's "soft diplomacy."

Ahead of the report's publication, the Vatican provided journalists with an introduction and executive summary of it, which put the lion's share of blame on a dead saint: Pope John Paul II, who appointed McCarrick archbishop of Washington DC in 2000, despite having commissioned an inquiry that confirmed he slept with seminarians. The summary says John Paul naively believed McCarrick's last-ditch, handwritten denial.

The findings accused bishops dead and alive of providing the Vatican with incomplete information about McCarrick's behaviour, and of turning a blind eye to his repeated flouting of informal restrictions ordered up in 2006 after Pope Benedict XVI decided not to investigate or sanction him seriously.

Most significantly, the findings largely gave Pope Francis a pass, saying he never lifted or modified those restrictions, never named McCarrick a "diplomatic agent" for the Holy See and never received any documentation about McCarrick before 2017. It didn't say if Pope Francis had sought such documentation after one of his ambassadors purportedly told him in 2013 that McCarrick was a predator. 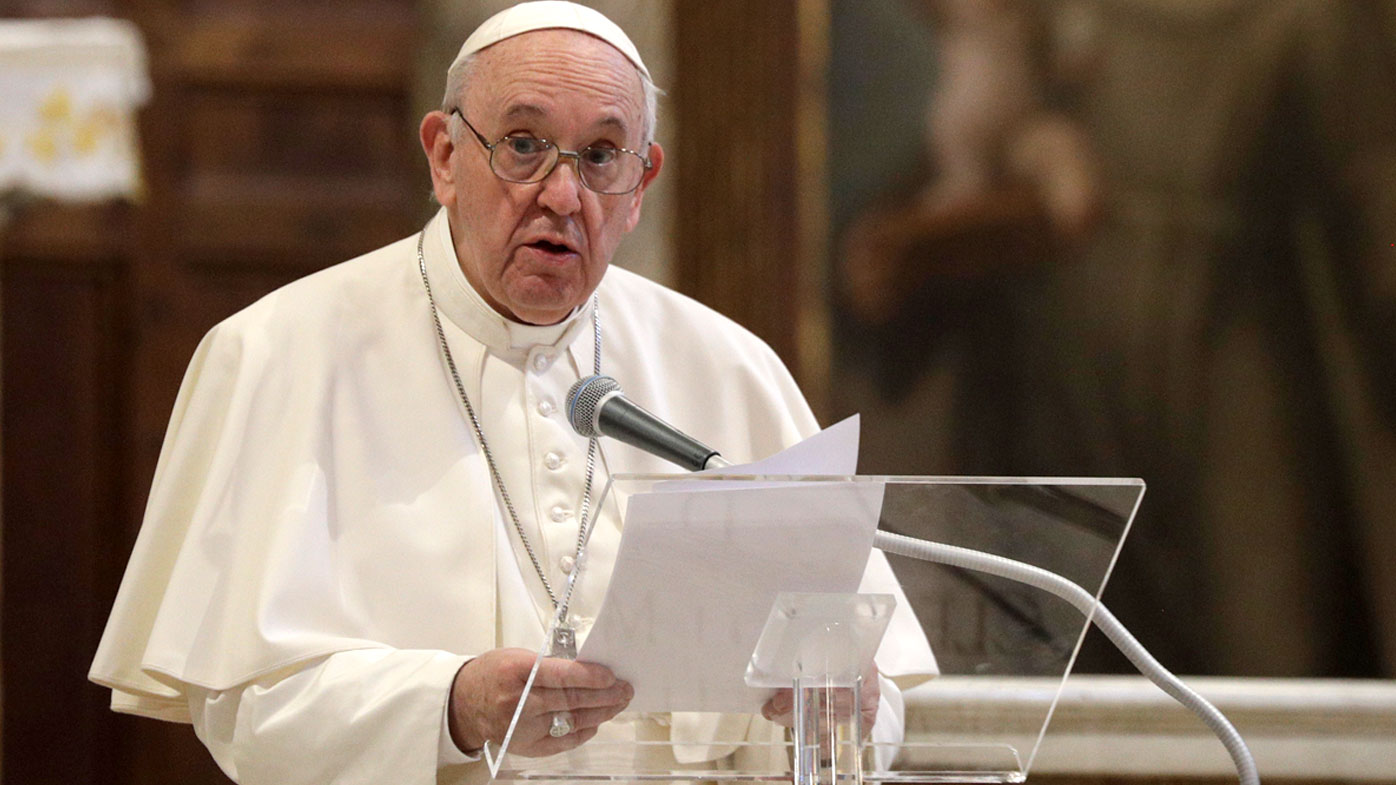 "Pope Francis had heard only that there had been allegations and rumours related to immoral conduct with adults occurring prior to McCarrick's appointment to Washington," the summary says. "Believing that the allegations had already been reviewed and rejected by Pope John Paul II, and well aware that McCarrick was active during the papacy of Benedict XVI, Pope Francis did not see the need to alter the approach that had been adopted."

Pope Francis changed course after a former altar boy came forward in 2017 alleging that McCarrick groped him when he was a teenager during preparations for Christmas Mass in 1971 and 1972 in New York. The allegation was the first solid claim against McCarrick involving a minor and triggered the canonical trial that resulted in his defrocking.

While the summary provided new details about what the Vatican knew and when, it didn't elaborate on the internal culture that allowed McCarrick's behaviour to continue unchecked. Catholic cardinals and bishops have long been considered beyond reproach and claims of homosexual behaviour have used to discredit or blackmail prelates, so often are dismissed as rumours. There has also been a widespread but unspoken tolerance of sexually active men in what is supposed to be a celibate priesthood.

The church has long considered sex by priests with other adult men or women as sinful but consensual, with flags only raised in recent years when minors were involved.

But the McCarrick scandal, which erupted during the #MeToo era, has demonstrated that adult seminarians and priests can be sexually victimised by their superiors because of the power imbalance in their relationships. And yet the church's legal system has had no real way to address that type of abuse of authority. 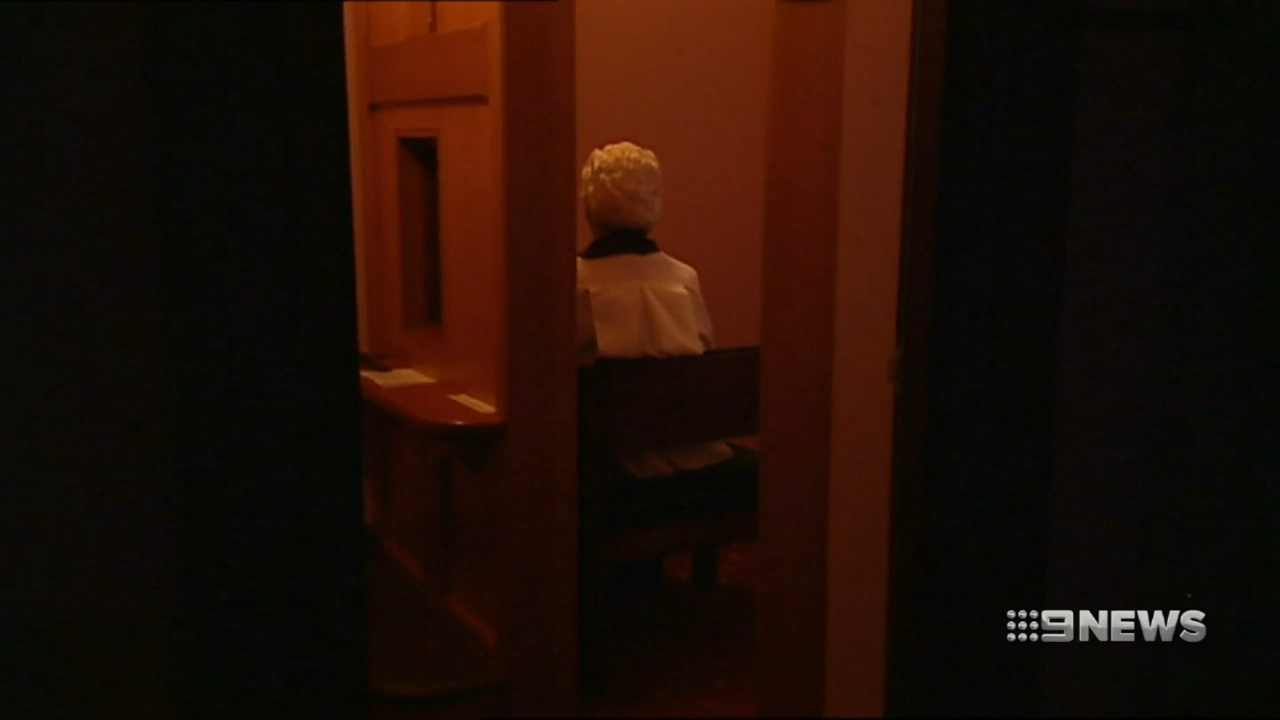 James Grein, whose testimony that McCarrick abused him for two decades starting when he was 11 was key to McCarrick's downfall, said he was pleased the report was finally being released. He said he was hopeful it would bring some relief as well as a chance to "clean" up the church.

"There are so many people suffering out there because of one man," Mr Grein said. "And he thinks that he's more important than the rest of us. He's destroyed me and he's destroyed thousands of other lives ... It's time that the Catholic Church comes clean with all of its destruction."

Cardinal Pietro Parolin, the Vatican secretary of state whose office prepared the report, said it will have an impact going forward, especially on how bishops are selected.

"Reading the document will show that all procedures, including the appointment of bishops, depend on the commitment and honesty of the people concerned," he said. "(It will make) all those involved in such choices more aware of the weight of their decisions or omissions."

Pope Francis commissioned the report after the retired Vatican ambassador to the US, Archbishop Carlo Maria Vigano, issued a blistering expose of the two-decade-long McCarrick cover-up in 2018, naming around two dozen US and Vatican officials who knew of his misconduct but failed to effectively sanction him. 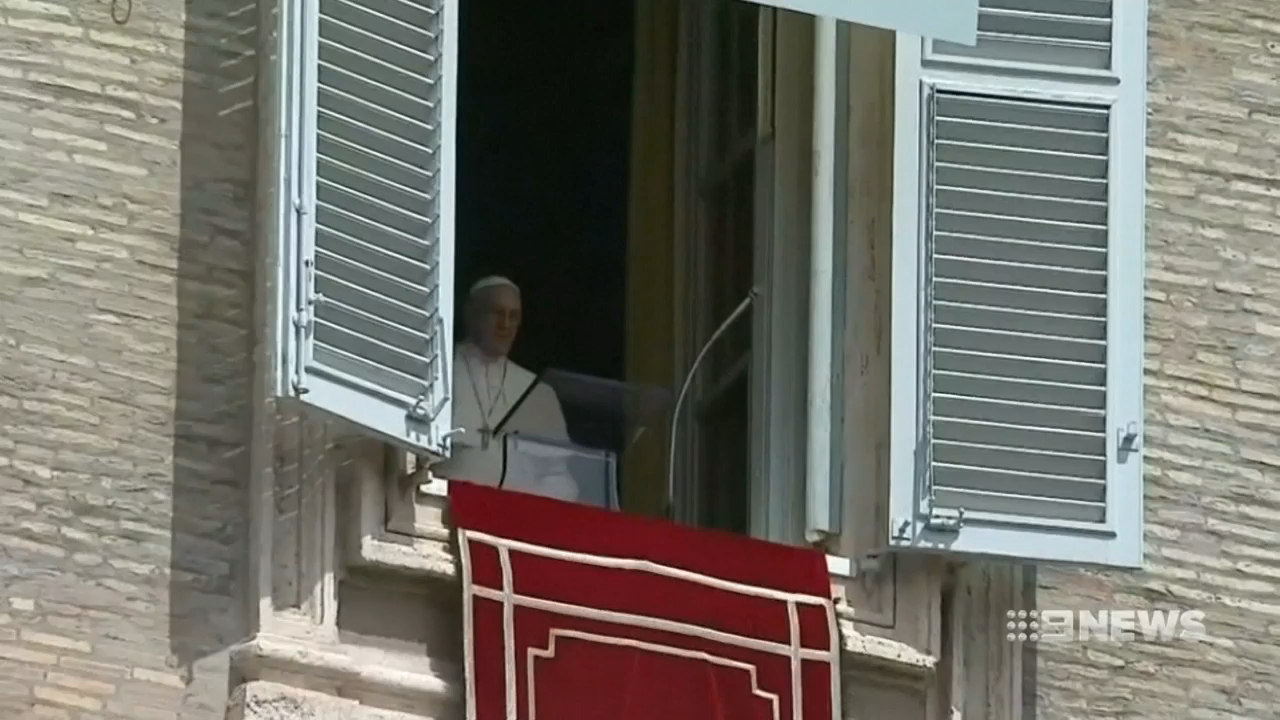 Archbishop Vigano cited former seminarians who had described the harassment and abuse they endured while "Uncle Ted," as McCarrick liked to call himself, was their bishop in New Jersey, forced to sleep in his bed during weekend trips to his beach house.

Several of Archbishop Vigano's central assertions were confirmed, but not the ones involving Pope Francis. "No records support Vigano's account and evidence as to what he said is sharply disputed," it said.

The summary also cites a previously un-reported case in which Archbishop Vigano in 2012 allegedly failed to act on Vatican instructions to investigate new claims against McCarrick by a Brazilian-born New Jersey priest.

"Vigano did not take these steps and therefore never placed himself in the position to ascertain the credibility," of the priest's claims, the summary says. 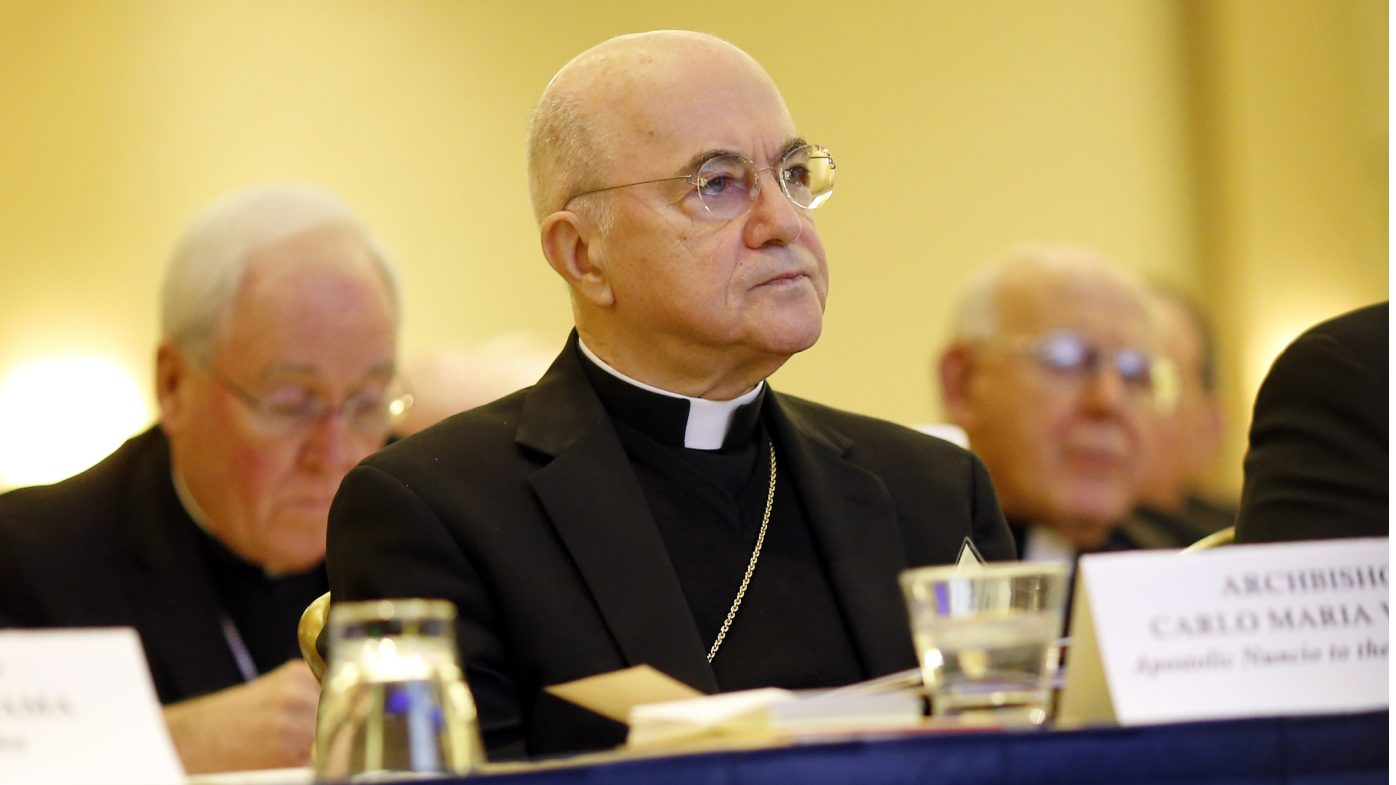 The report drew on documents from five Vatican departments, four US dioceses, two US seminaries and the Vatican's US embassy. Investigators interviewed 90 people, including McCarrick's victims, former seminarians and priests, officials from US charities and the US Conference of Catholic Bishops.

It was released a few days before US bishops gather for their annual fall meeting, which has been overshadowed by the McCarrick scandal for two years. And it was published on the same day the Vatican faced another reckoning over an influential prelate brought down by allegations of homosexual misconduct: The former Vatican ambassador to France, Archbishop Luigi Ventura, went on trial on Tuesday in Paris, accused of groping and inappropriately touching young men — charges he denies. 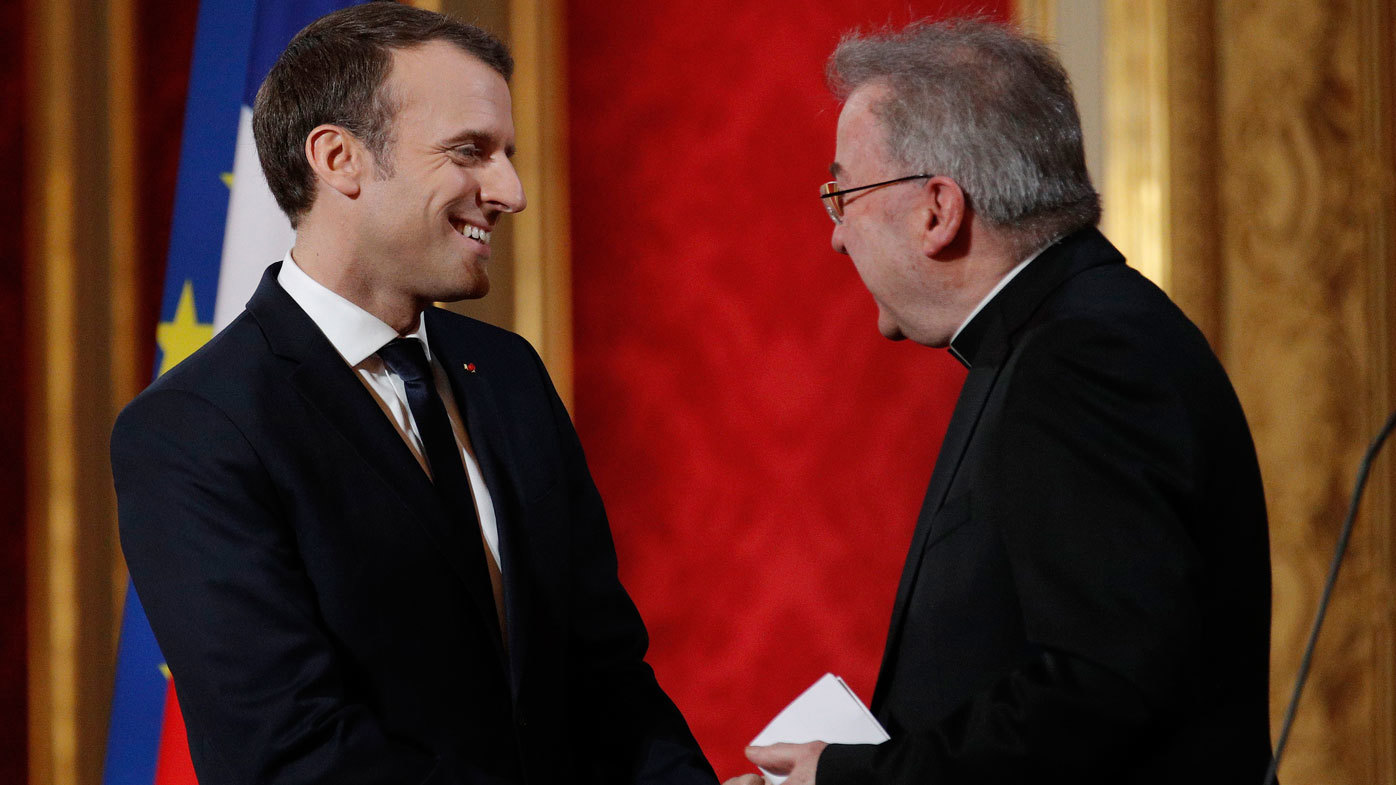