Being messy is basically a prerequisite for appearing on “Vanderpump Rules,” but stars Stassi Schroeder and Kristen Doute crossed a line awhile back when they called the police on the reality show’s only Black cast member, Faith Stowe…

Being messy is basically a prerequisite for appearing on “Vanderpump Rules,” but stars Stassi Schroeder and Kristen Doute crossed a line awhile back when they called the police on the reality show’s only Black cast member, Faith Stowers.

On Sunday, the two broke their silence over their resurfaced “racially insensitive comments” and past behaviour toward Stowers after she detailed her disturbing experiences on the show in a recent interview.

Schroeder and Doute tried to get Stowers arrested around 2018 by falsely implicating her in a crime, which has sparked a major backlash against the reality stars.

“It is important that I continue to take accountability for what I have said and done, while pushing myself to do better,” Schroeder, who’s since been dropped by multiple brands, wrote in her statement. “I have grown significantly from the person I was then, and I am still filled with remorse and regret for the hurt I caused.”

“I also want to address my former castmate, Faith Stowers. My emotions over something that happened between our friends outweighed my logic, and there is no excuse for that,” she continued. “I did not recognise then the serious ramifications that could have transpired because of my actions.”

“What I did to Faith was wrong,” Schroeder said. “I apologise and I do not expect forgiveness.”

Stowers, who appeared as a recurring character on the fourth season of the Bravo show and returned briefly in the sixth season, drew the ire of Schroeder and Doute when cast member Jax Taylor cheated on his then-girlfriend with her.

″[What] made me really want to run for the hills, [was] when Kristen and Stassi decided they were going to call the cops on me,” Stowers said in an Instagram Live conversation with MTV star Candace Renee Rice. “There was this article on Daily Mail where there was an African American lady. It was a weird photo, so she looked very light-skinned and had these different, weird tattoos. ... And I guess this woman was robbing people.

“They called the cops and said it was me,” Stowers said. “This is like, a true story. I heard this from actually Stassi during an interview.”

Schroeder actually bragged that she and Doute were the ones who called the cops on Stowers during an appearance on the “Bitch Bible” podcast back in 2018. Clips from the now-deleted episode have recently made the internet rounds.

“We are like, we just solved a fucking a crime,” Schroeder said on the podcast. “We start calling the police. The police don’t give a fuck. It’s really hard to get in touch with the police unless it’s an emergency.”

Doute also rallied her followers against Stowers by tweeting a link to the news story, writing, “hey tweeties, doesn’t this ex #pumprules thief look familiar? someone put her on mtv & gave her a platform for press. I didn’t wanna go there but I’m going there.”

someone put her on mtv & gave her a platform for press. I didn’t wanna go there but I’m going there. https://t.co/4682a7jyzG

At the time, Stowers was the only Black cast member on the show focused on the personalities at a restaurant in West Hollywood, California, which has been criticized for its lack of diversity over the years.

READ:  Halle Berry Says She Was 'Just Kidding' About That 'Oscar Bob'

She added: “It was just funny, because they thought it was me (in the Daily Mail story) because it was a Black woman with a weave. So they just assumed it would be me, and they called the cops on me.”

Before Stowers’ tenure on the show, another Black woman, server Tina McDowelle, appeared on the series in a recurring capacity during the show’s initial three seasons. 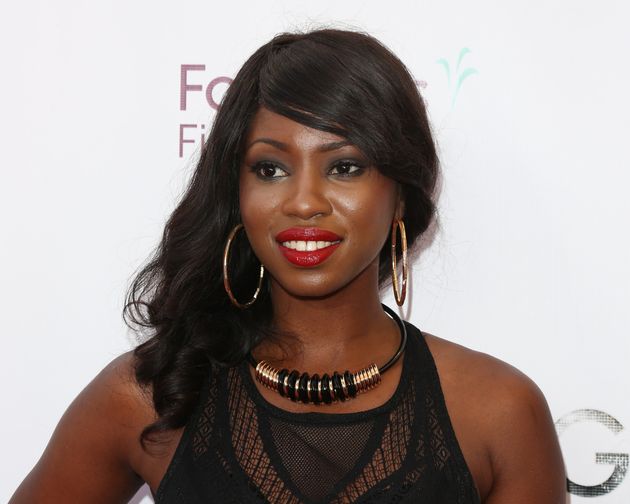 In her statement on Sunday, Schroeder ended her apology by speaking directly to her fans: “I am also sorry to anyone else that feels disappointed in me. I am going to continue to look closer at myself and my actions ― to take the time to listen, to learn, and to take accountability for my own privilege.”

“Although, my actions were not racially driven, I am now completely aware of how my privilege blinded me from the reality of law enforcement’s treatment of the black community, and how dangerous my actions would have been to her,” Doute said. She added,  “It never was my intention to add to the injustice and imbalance. I’m ashamed, embarrassed, and incredibly sorry. I will do better. I have to do better.”