Police have released security footage of a thief who broke into a Dutch museum with a sledgehammer and stole a Vincent van gogh painting.

All it took was a few sturdy swings with a sledgehammer and a prized painting by Vincent van Gogh was gone.

New security footage shows how an art thief smashed his way through reinforced glass doors at a museum in the early hours of March 30.

He later hurried out through the museum gift shop with a Vincent van Gogh painting tucked under his right arm and the sledgehammer in his left hand. Police hope that releasing the images will help them track down the thief who stole Van Gogh's "The Parsonage Garden at Nuenen in Spring 1884" from the Singer Laren Museum while it was shut down due to coronavirus containment measures.

Nobody has been arrested in the theft and the painting, which was on loan from another Dutch museum, the Groninger Museum, is still missing.

Police withheld other footage from inside the museum in Laren, a town east of Amsterdam, to protect their investigation. They also did not air video from outside the museum of the thief leaving.

Singer Laren managing director Evert van Os stressed in a statement that the footage didn't show all the burglary and defended security, which he said had been approved by the museum's insurance company.

"The burglar broke through a number of doors and several layers of security that had been approved by security experts," Mr Van Os said.

"The footage released does not therefore allow any conclusions to be drawn as to the quality of security at Singer Laren." 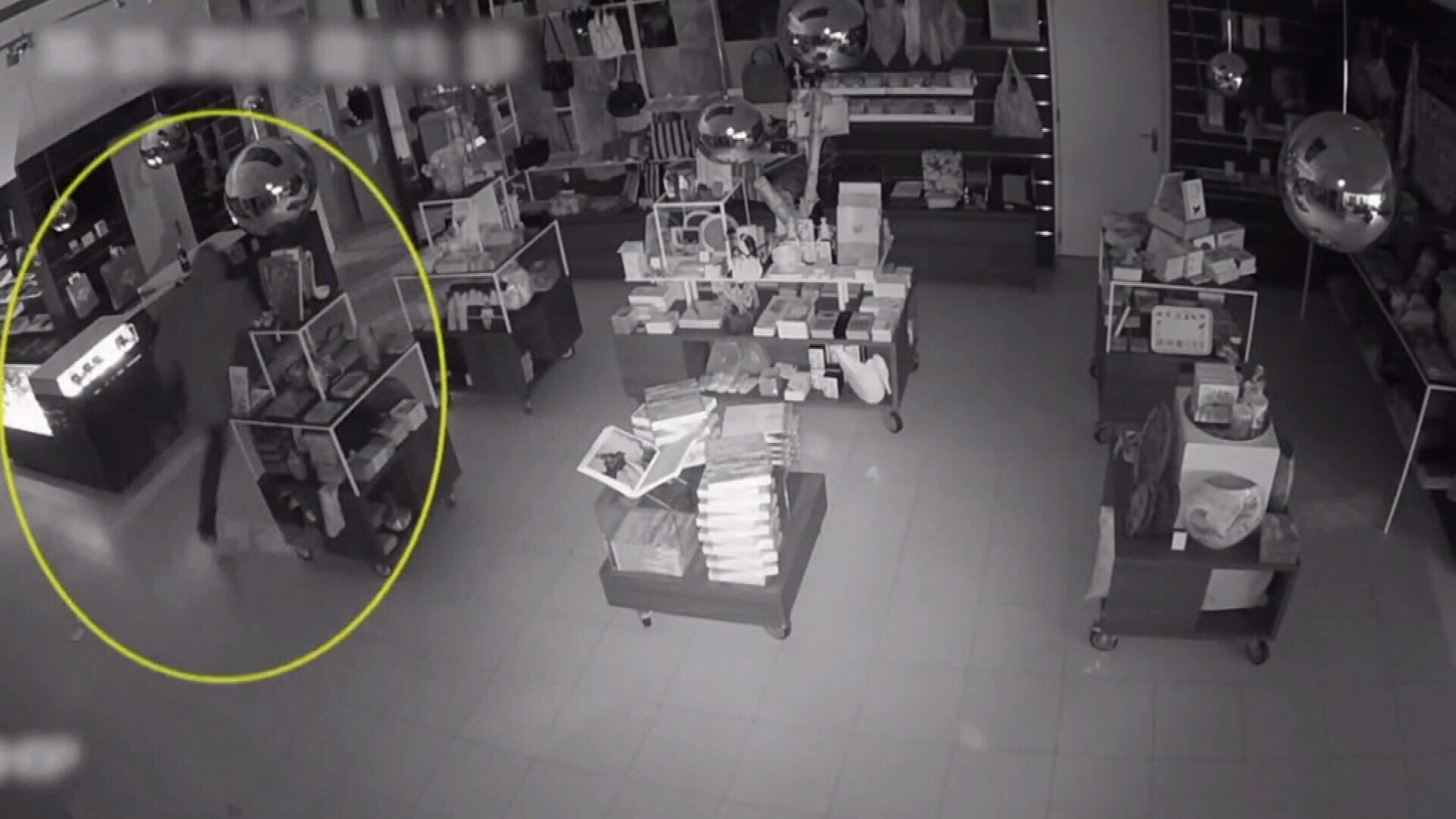 Yesterday, police said that 56 new tips streamed in from the public as a result of showing the footage. They also said that it's not clear if the thief acted alone.

Police are also seeking information about a white van shown on footage driving past the museum.

The 25-by-57-centimetre oil-on-paper painting shows a person standing in a garden surrounded by trees with a church tower in the background.

"It looks like they very deliberately targeted this one Van Gogh painting," police spokeswoman, Maren Wonder, told the Opsporing Verzocht show on the Tuesday night broadcast.

The artwork dates to a time when the artist had moved back to his family in a rural area of the Netherlands and painted the life he saw there, including his famous work "The Potato Eaters," in mostly sombre tones.

Ms Wonder said investigators want to hear from any potential witnesses who saw the thief arrive outside the museum on a motorcycle. 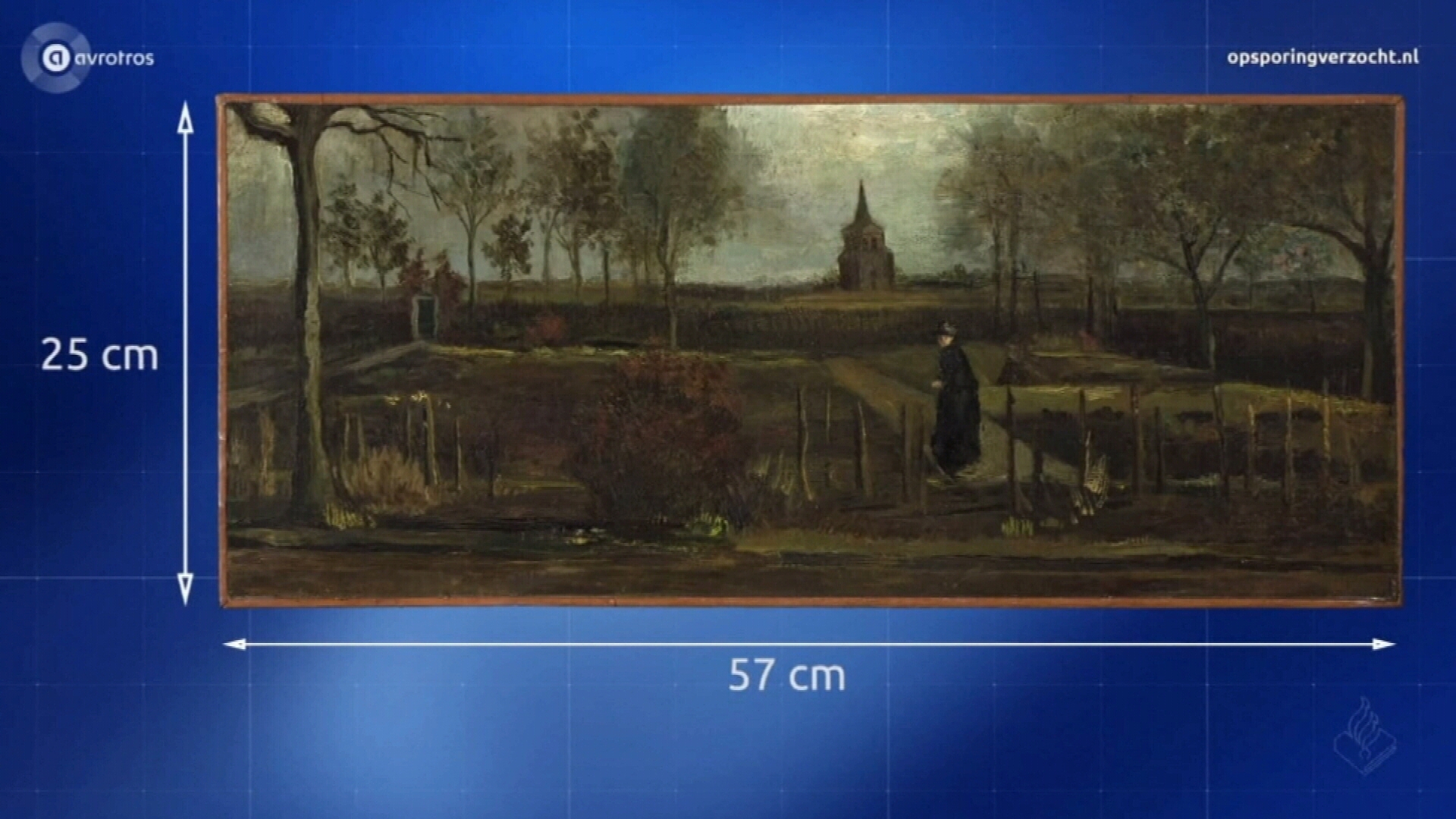 She also wants museum visitors to share with police any photos or video they took in the museum in the days before it closed, to see if anyone was casing the museum before the theft.

"People can help if they now realise that another visitor was behaving suspiciously," she said.

"It would be very helpful if visitors to the museum have photos or video recordings with other people in them."

Mr Van Os said the museum would draw lessons from the theft, but added: "At the moment, however, the only thing that matters is that the footage should yield useful tips and that the painting should be returned undamaged to the Groninger Museum as soon as possible."