No breakup is ever well-timed, but there’s something particularly poorly planned about doing it just weeks before Valentine’s Day. Just ask Amy Luong. Up until recently, Luong, a 23-year-old account coordinator from Iowa thought she wa… 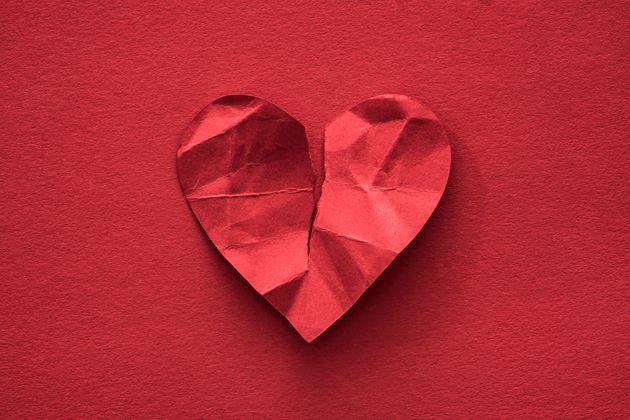 No breakup is ever well-timed, but there’s something particularly poorly planned about doing it just weeks before Valentine’s Day.

Just ask Amy Luong. Up until recently, Luong, a 23-year-old account coordinator from Iowa thought she was on sure footing in her yearlong relationship. She and her boyfriend had almost broken up a month ago, but if anything, that had only brought them closer together. Luong’s boyfriend told her he didn’t want to lose her. They’d started talking about the future in unambiguous terms.

But just last week ― one week before Valentine’s Day ― he dumped her.

“He brought up that his friends didn’t like me, they didn’t want to talk to me when I was over at his place and that they suggested he break up with me,” Luong told HuffPost. “It started a 12-hour argument about us being together and how he didn’t feel like I respected him. I told him that I do everything I can to respect and support him, but he accused me of doing no such thing.”

The hyper-dramatic fight ― and the relationship itself ― ended when Luong told her boyfriend to get an Uber home and leave.

“When I told him that, he said that he was done with me,” she said. “And I still freaking drove him home.”

Valentighting was coined by Metro UK writer Ellen Scott last year. Scott defined it as “the heartbreaking act of dumping someone right before Valentine’s Day, because you’re too tight to get them a gift, write a card, or make any kind of fuss. Get it? Valentine’s Day plus being too much of a tightwad to buy a gift. Valentighting.”

Clever. But as Luong’s story illustrates, there’s usually more than an aversion to gift-giving at play when a person gets valentighted.

“Valentine’s Day of all holidays brings the relationship to a head and highlights issues between couples that might not be working,” said Kim Seltzer, the host of “Charisma Quotient” podcast and a dating coach in Los Angeles, California.

If it’s about the gifts at all, it’s less about penny-pinching and more about a person’s fear of having a gift be interpreted as an investment in the relationship, Seltzer said.

“So avoiding the gift might really be about not wanting to spend money on someone you don’t see a future with,” she explained. (In other words, your ex isn’t just a cheap-ass in this scenario, they’re a cheap-ass with commitment issues.)

The whole ordeal is even worse when you’ve gone to the trouble of buying the valentighter a slew of gifts beforehand. That was the case in 2018 for Michael*, a 23-year-old from Ohio.

“My boyfriend broke up with me on Valentine’s Day, which was also his birthday,” he said. “I was driving up to his house to surprise him with a cake I made him and presents and he called me on the way up and told me not to come because ‘We’re over.’ I had no suspicions ― it was a total surprise.”

Ashley*, a 27-year-old freelance artist from Dallas, Texas, told us about a college boyfriend who professed his love for her on New Year’s Eve, only to unceremoniously dump her on Valentine’s Day.

“We were talking about everything from a potential wedding, to our children’s names,” she said. “After winter break, we went back to school and would talk every other day. But as it got closer to Valentine’s Day we communicated less and less. I literally had to reach out to him first in order to have a conversation. Some days he wouldn’t even reply back at all, so I was starting to get the picture.”

Then on the morning of Feb. 14 (dun, dun, dun), Ashley received a notification on her phone that her boyfriend had posted something on Facebook.

“It was a photo with dozens of roses and the biggest teddy bear,” she said. “I initially got excited until I read the caption: ’12 dozen roses for the luckiest woman alive. I love you forever.′ Then I saw her name, not mine, tagged in the photo. My heart dropped instantly.”

It’s not just the recently dumped that struggle with Valentine’s Day. The holiday puts the squeeze on a lot of relationships, especially new ones. In those cases, it’s hard to know what kind of gift, if any is called for: How much should you spend? Would you overplay your hand if you get the person something and they show up empty-handed?

And different types of partners expect different things: For every person who loathes the commercialness of Valentine’s Day and posts memes about turning it into a second Halloween, there’s another person who loves it and still isn’t over that time their ex forgot to buy flowers.

“The thing about gifts is that they demonstrate how people give and receive acts of love,” Seltzer said. “One person may hope for roses and gifts while the other prefers cuddling and romantic night in. Because of these differences, couples often feel not ‘loved’ because of this. That’s why it’s so important to communicate what you prefer.”

For the happily coupled up, stronger communication is the answer to most Valentine’s Day dilemmas. But what do you do if you’re a victim of valentighting? Try to take comfort in the love you do have in your life, Seltzer said ― platonic love, familial love, self-love.

And obviously, avoid social media if all the schmaltzy posts are bugging you. Don’t cloister yourself away at home if you want to go out; it’s not that much of a couple-infested jungle out there, said Marni Kinrys, a dating coach at the Wing Girl Method.

“In fact, I’d say V Day is the best day for singles to go out and have fun at breweries, bars and places like that, where singles tend to congregate and there won’t be sappy couples around to make you feel bad,” Kinrys said.“You can go out with full certainly that the people you meet are single and looking!”