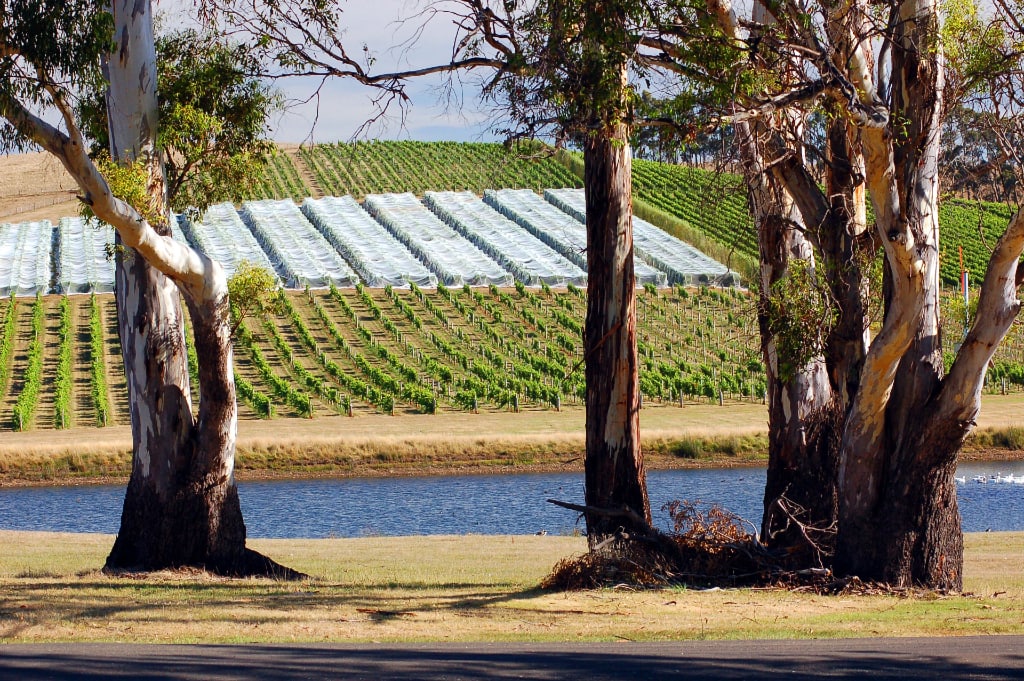 It’s been almost three decades since Hobart wine educator Phil Laing staged the first all-Tasmanian wine show in the State and helped create what has become an annual report card on the quality of one of the country’s smallest and most marginal wine-growing regions. Sure, the idea of a competitive show system is an abomination […]

It’s been almost three decades since Hobart wine educator Phil Laing staged the first all-Tasmanian wine show in the State and helped create what has become an annual report card on the quality of one of the country’s smallest and most marginal wine-growing regions.

Sure, the idea of a competitive show system is an abomination to some industry players, but there’s no denying last week’s Tasmanian Wine Show has done a tremendous PR job on behalf of the State’s 160 or so licensed wine producers.

Our cool climate specialists with their hand-tended vineyards may have contributed just 1.0 percent to the total intake of Australia’s wine grape harvest last year, but the quality of the wines they produce and the tally of medals and trophies they have accumulated in wine shows is part of the reason wine buyers like Chuck Hayward have been quietly slipping in and out of the State since the annual Tasmanian Wine Show first began. 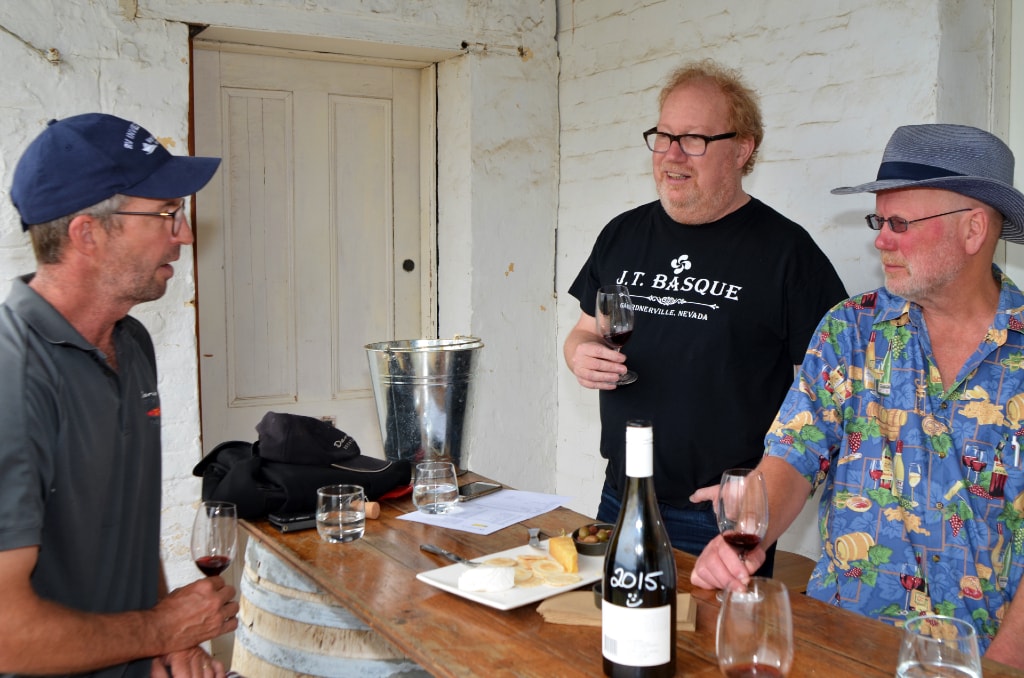 “This is my sixth visit to Tasmania, and I think it’s time for the industry here to pause and congratulate itself on what’s been done in the past 30 years, and to think about where you’ll be in another 30 years,” the international wine judge told guests at last Friday’s trophy presentation dinner, held in the Tamar Valley outside Launceston.

“Wine is a window to a country, a region, a people and a culture. Tasmania has become a really exciting destination that people have recognised in the (United) States. People there are ready to come to your shores to learn more about you.”

The affable Californian also took time out to visit a handful of producers at their vineyards and wineries during his stay in Tasmania as a guest of the Department of State Growth. Hayward is widely regarded as America’s foremost expert on Australian and New Zealand wines. It’s a mantle he’s likely to retain for a while yet if his desire to find out what makes wine tick and his analytical approach to regionality are reliable indicators of his knowledge and understanding.

“One of the most fascinating things about this show is that we’ve seen the success of individual wineries located outside the seven sub-regions of the State we’ve become most familiar with,” Hayward observed.

“Those could become the new sub-regions of the future. I know the Tasmanian brand is very important to the State, but if you want to be able to sell more expensive wine that speaks of a particular place then understanding the differences and uniqueness associated with sub-regions is really important too.

“Pinot Noirs from Tasmania might all have Tasmania on the bottle, but when you taste them you find there are real differences in the wines from the Pipers Brook region compared with, say, the East Coast or the Coal River Valley. This diversity is something that should be celebrated. Once people begin to understand that, all of a sudden you can start to talk about food and wine tourism in more detail.”

The San Francisco-based wine buyer intends to foster an understanding of Tasmanian regionality among fellow Pinot Noir lovers as soon as he’s back on home turf. In July of this year, Haywood is to present a selection of Tasmanian Wine Show winners at a specially organised seminar during Oregon’s renowned International Pinot Noir Celebration.

The three-day event, now in its 34th year, is regarded as a mecca for lovers of Pinot Noir. Participation in its busy schedule of tastings, educational workshops and food extravaganzas is highly sought after by producers and consumers alike. More than 70 US and overseas wineries attended the conference in 2018.

“Taking part in this show will allow me to tell your story more effectively in the States and become a better wine ambassador for Tasmania,” Haywood concluded.

“It’s been a great gift to me, and it’s a gift that will keep on giving.” 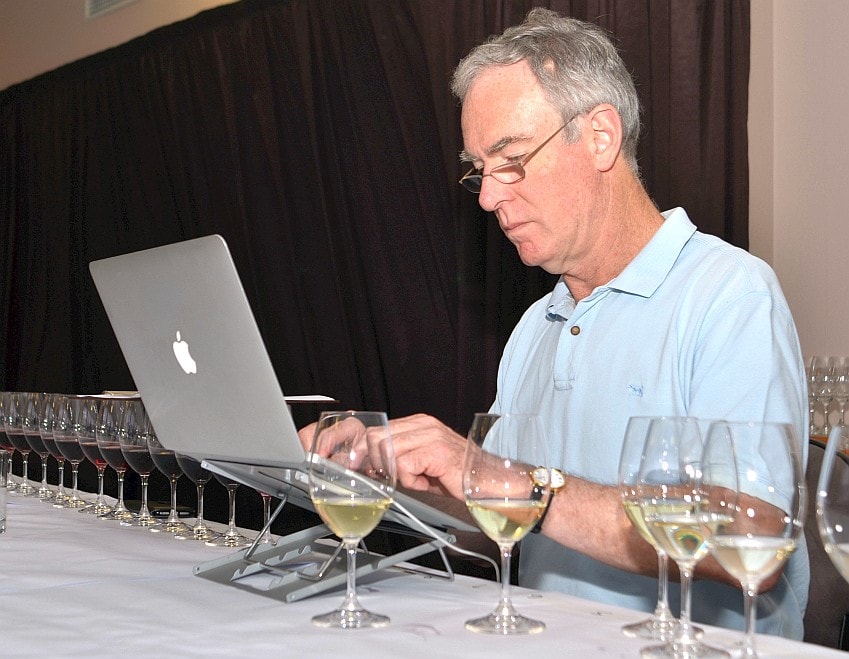 Pinot Noir wines were not the only success story at this year’s Tasmanian Wine Show. Chairman of Judges Huon Hooke spoke in glowing terms of the quality and diversity of Tasmania’s sparkling wines. Meanwhile, fellow judge and Western Australian winemaker Luke Jolliffe waxed lyrical about the State’s white wines at the presentation dinner, with Riesling entries providing him with some dazzling highlights.

So, do you fancy a tasting of the Tasmanian Wine Show’s best sparkling, whites and reds? Event organisers are to host a tasting of all gold medal winners in Hobart on Tuesday 4 February at the Drysdale Campus of TasTAFE. The Collins Street venue will welcome guests from 5pm, with the two-hour tasting being open to all comers. Admission is $30 per person; $25 concession. Pay at the door.

READ:  Heads should roll after scathing report into environment laws

Really good NV Champagne is hard to find in Australia. Forget France, you can purchase something Tasmanian with assured quality and a pedigree to match. In 2019, winemaker Ed Car capped off a stellar year with this Pinot Noir Chardonnay winning 2 major trophies at the Champagne and Sparkling Wine Championships. Tasmanian Wine Show judges awarded it their Best NV Sparkling, and deservedly so. What could be better this Australia Day than a local hero? Fine, fabulous fizz. Rich and mouth-filling. www.bayoffireswines.com.au/

Gewürztraminer is at home in France’s sunny Alsace wine region. So, too, in Canada’s Okanagan Valley. The mystery is why it should not be so successful in cooler parts of Australia. The spicy variety has been a resident of Pipers Brook Vineyard since 1974, and does well there. In 2019, winemaker Luke Whittle made this cracker. It’s a lovely, elegant, intense and aromatic dry white showing great focus and length of flavour. Another year should see it emerge from its cocoon as a beautiful butterfly of a wine. www.kreglingerwineestates.com

Riesling was among the original plantings at Bream Creek Vineyard on Tasmania’s picturesque south-east coast. Such foresight. Around 45 years later, the variety provides wonderful lifestyle wines that drink well alongside modern cuisine, with a capacity to cellar as well if that style is preferred. The 2018 has just been released and has already won a swag of a gold medals on 3 continents. Juicy/limey in regional style, it’s a fine partner for fresh fish and local oysters. A delight. www.breamcreekvineyard.com.au

The Arnold family took a real risk planting Pinot Noir in this cool part of North West Tasmania 20 years ago. But what a smart move it was, for almost each Pinot Noir vintage shows quality increments over preceding ones. Winemaker Justin Arnold works fastidiously to grow and make these wines. This single vineyard Oulton release matches red fruit refinement and elegance with engaging savoury notes and fine acidity. It should age very gracefully indeed. www.ghostrock.com.au