US federal prosecutors have charged 127 suspected members of the violent MS-13 street gang this year, and six face sentences of life in prison after being convicted in 2020, the Justice Department said Wednesday.

US federal prosecutors have charged 127 suspected members of the violent MS-13 street gang this year, and six face sentences of life in prison after being convicted in 2020.

The statistics — detailed in a report being released by the Justice Department Wednesday night — emphasise the priority the Trump administration has given to prosecuting members of MS-13 and the aggressive effort by the FBI and other law enforcement agencies to try to dismantle the gang.

MS-13, also known as Mara Salvatrucha, is considered one of the top transnational organized crime threats in the United States. Six defendants convicted this year were sentenced to life in prison and 26 others received sentences of more than five years in federal prison.

Attorney General William Barr has also directed prosecutors to seek the death penalty in two MS-13 cases, including the case against Alexei Saenz, an MS-13 leader on Long Island.

Saenz was charged in seven killings in New York, including those of teenage friends Nisa Mickens and Kayla Cuevas, who were slashed with machetes and beaten to death with baseball bats near an elementary school in September 2016.

The gang has been blamed for dozens of killings on Long Island since 2016. 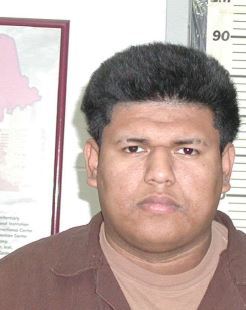 The statistics show federal agents believe MS-13 has been active in about two dozen states in the US, primarily on the East Coast.

The gang, generally known for extortion and violence rather than distributing and selling narcotics, has long established cliques in California, New York, New Jersey, Maryland and Virginia.

President Donald Trump has repeatedly centred his immigration agenda in part on the violence from MS-13, blaming it on lax immigration policies.

MS-13 recruits young teenagers from El Salvador and Honduras, though many gang members were born in the US.

Long Island has a large population of unaccompanied minors from Central America, including many who fled the violence in their home nations.

MS-13 is believed to have been founded as a neighbourhood street gang in Los Angeles in the mid-1980s by immigrants fleeing a civil war in El Salvador.

That country’s Supreme Court defined the gang as a terrorist group in 2015, allowing courts there to give tougher sentences to its members.

The Justice Department's 17-page report details how “leaders of MS-13 based in Central America have directed MS-13 criminal activities in the United States.”

“These leaders — many of whom were previously deported from the United States — operated with impunity because of failure of the rule of law and law enforcement corruption in these countries; a lack of law enforcement training; and a lack of coordination between US law enforcement and their Central American counterparts,” the report says.

Federal and local law enforcement officials have been working with partners in El Salvador to identify suspected MS-13 leaders for years and to share intelligence.

Mr Barr visited the country in May 2019 to meet with his counterparts from El Salvador, Guatemala and Honduras to discuss how to combat the surge of MS-13 violence stemming from the region known as the Northern Triangle.

READ:  Fauci: Australia Has 'Done Actually Quite Well' Containing COVID-19, Unlike The US