Donald Trump is pushing to get millions of rapid response coronavirus tests into US schools before autumn begins.

US President Donald Trump is expected to announce a federal government push to distribute millions of rapid coronavirus tests to states this week, in a bid to reopen schools for students in kindergarten through 12th grade.

The move to vastly expand US testing comes as confirmed new COVID-19 cases remain elevated at more than 40,000 per day and experts warn of a likely surge in infections during the colder months ahead.

It also comes just five weeks before the November election, with Mr Trump facing continued criticism for his handling of the crisis. 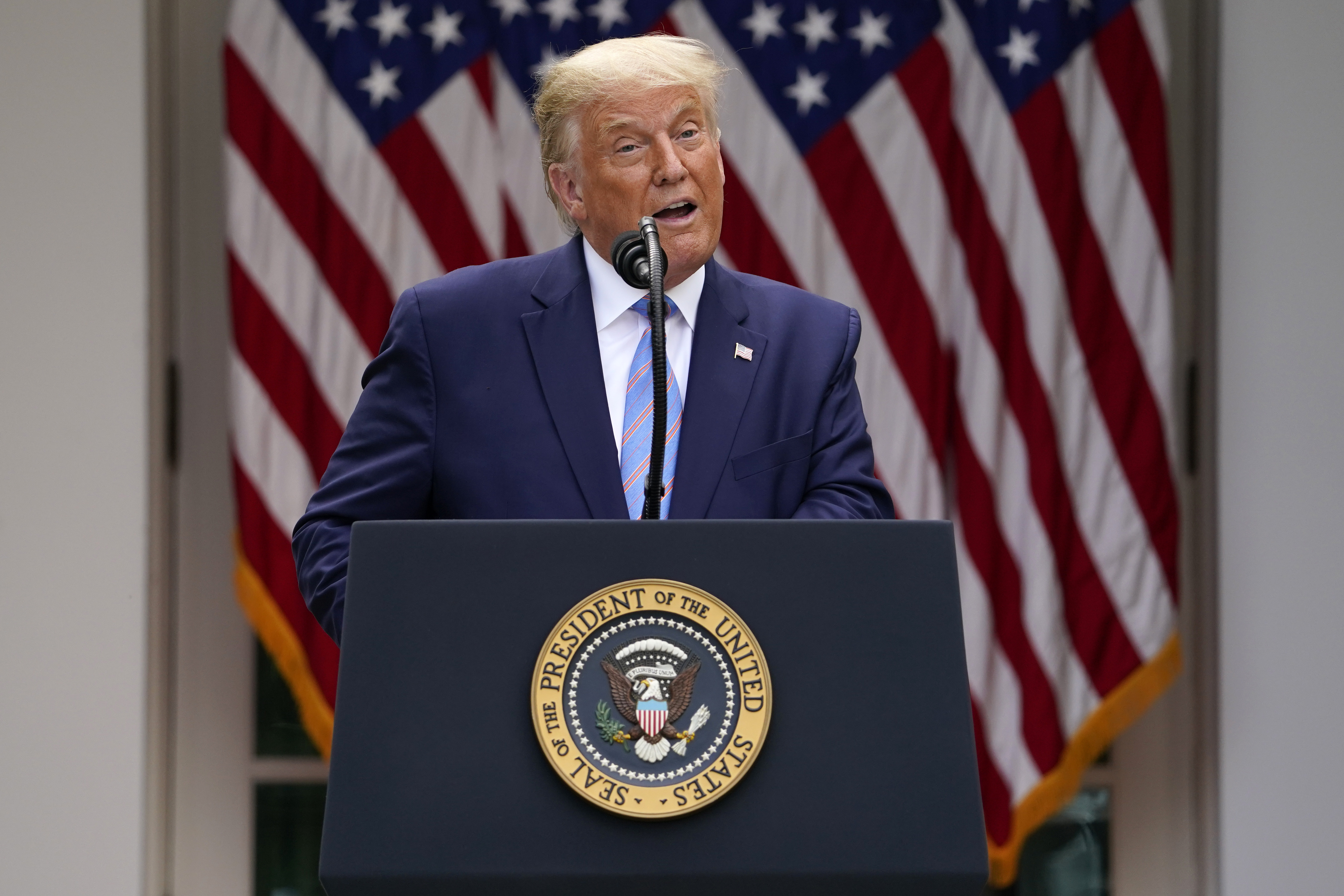 LIVE UPDATES: All the latest on coronavirus across Australia and the world

The tests will go out to states based on their population and can be used as governors see fit, but the administration encourages states to place a priority on schools.

A senior administration official with knowledge of the plans told The Associated Press that 6.5 million tests will go out this week and that a total of 100 million tests will be distributed to governors over the next several weeks.

The official spoke on the condition of anonymity so as not to get ahead of the president's announcement.

The official said the administration is emphasising testing in schools because it's important to the physical, social and emotional development of students to be back in classrooms to the degree that's possible.

The Abbott Laboratories tests would allow teachers, for example, to be tested on a weekly basis, or for parents to know whether their symptomatic child has COVID-19, the official said.

In some cases, states could undertake some baseline surveillance, like testing a proportion of students per week or per month to make sure that the incidence of COVID-19 is low.

The tests will come from a previously announced supply of 150 million ordered from Abbott.

The company's rapid test, the size of a credit card, is the first that does not require specialty computer equipment to process. It delivers results in about 15 minutes. 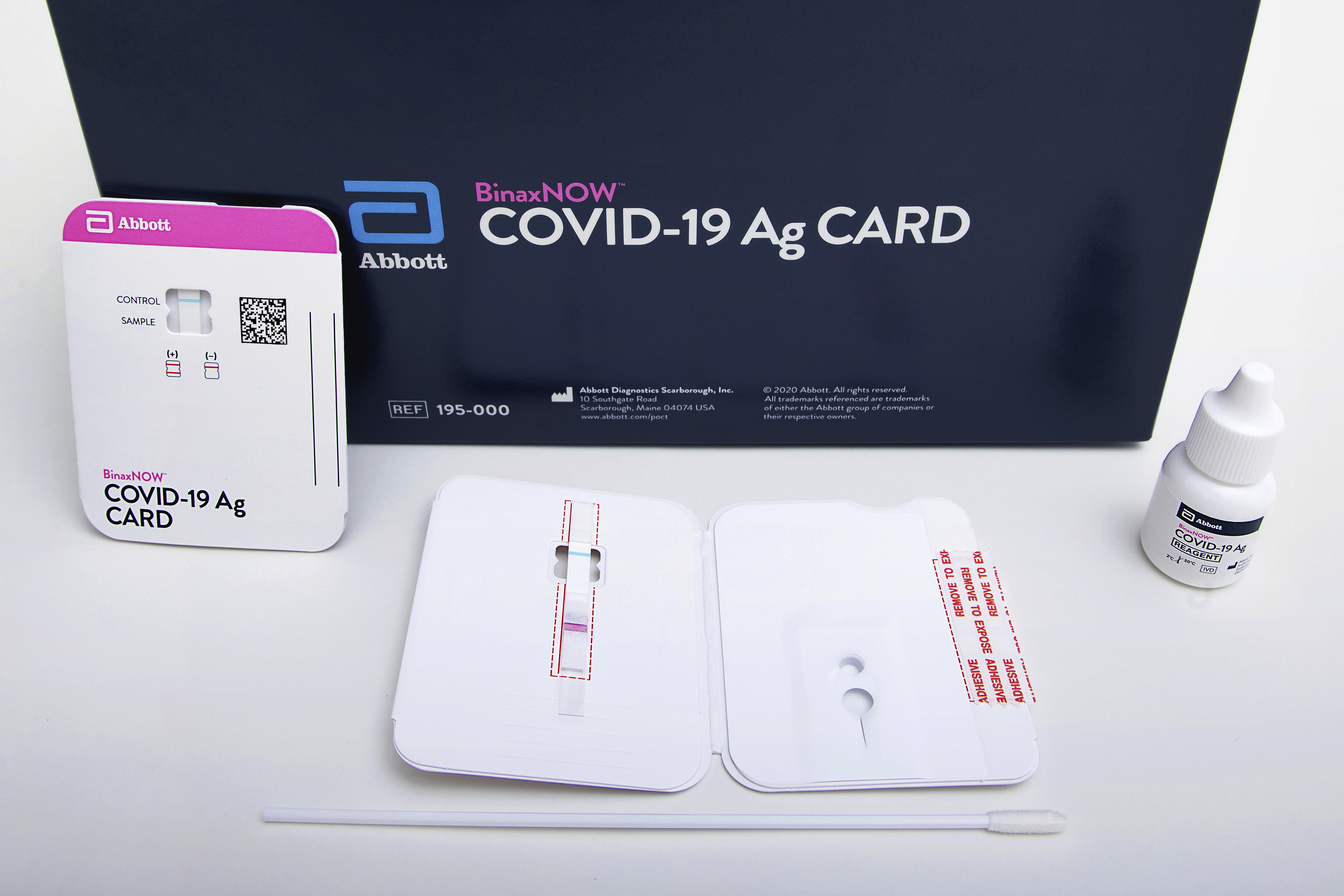 Rapid, convenient testing is considered essential to reopening the US economy. But the effort has been plagued by problems since the earliest days of the outbreak.

First, the government lost pivotal weeks distributing, then correcting a flawed test developed by US scientists. Then, for months private labs and hospitals struggled to ramp up testing capacity due to shortages of key supplies, including testing chemicals.

The issue is politically sensitive for Mr Trump as he grapples with the pandemic that has killed more than 200,000 Americans.

For months, the president has prodded state and local leaders to open schools this autumn.

Only in the last two months has US testing capacity generally exceeded demand.

The government's top testing official, Admiral Brett Giroir, told Congress last week that the nation will soon have the capacity to run three million tests per day, on average.

The US has been averaging about 900,000 tests per day, according to data from the COVID Tracking Project.

Abbott's test is an important advance because of its low cost and easy-to-use format.

Until now, the vast majority of coronavirus tests had to be sent to high-grade medical laboratories for processing that typically took several days.

Backlogs led to repeated delays in reporting results, especially during a summer spike in cases.

But rapid, point-of-care tests like Abbott's have their own downsides. They are less accurate, and positive results often need to be confirmed with higher-grade lab tests.

Additionally, because the tests are often performed outside the health care system, state officials have warned that many tests are going unreported.

That could lead to undercounts of new cases, skewing government data needed to track the virus.

"What we're hearing from the states is that they don't know where these tests are being done," Dr Jeffrey Engel of the Council of State and Territorial Epidemiologists, said in a recent interview.

He warned that schools generally do not have the capacity or expertise to report mass testing results, which could artificially lower infection counts sent to state and federal officials.

The tests from Abbott are being made in two factories, one in Illinois and one in Maine. The company is in a ramping-up phase.

READ MORE: WHO and partners roll out faster COVID-19 tests for poorer nations 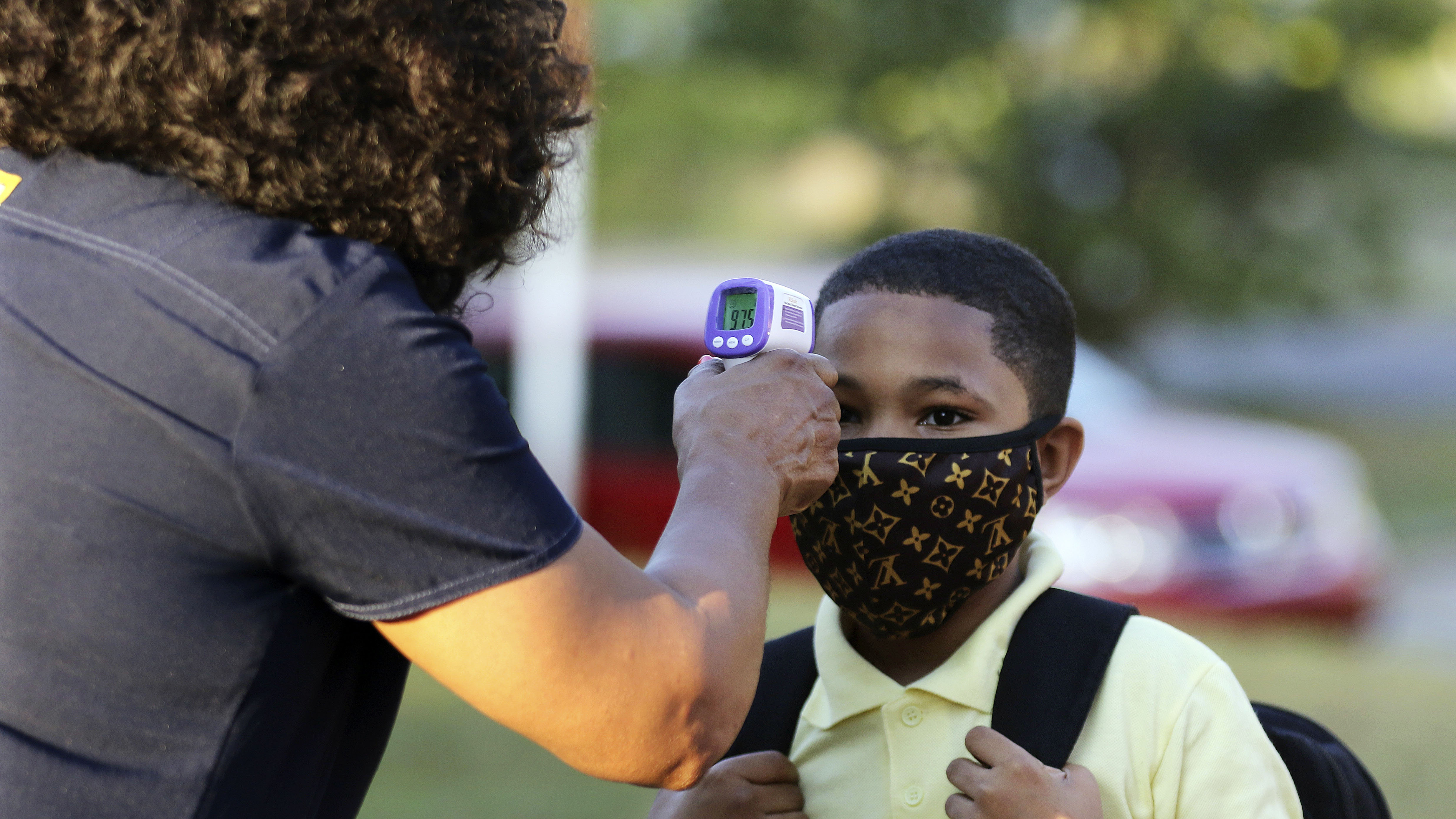 The federal government bought the first 150 million, and it will take the rest of the year to completely fill that order.

After that, the administration will decide whether the government should purchase more or whether the free market can determine adequate distribution.

The Trump administration announced earlier this month that the Abbott tests would also go to assisted-living facilities, moving to fill a testing gap for older adults who do not need the constant attention of a nursing home.

Senior day care centres and home health agencies are getting the tests too.

Long-term care facilities, including nursing homes and assisted living, account for a sliver of the US population but more than 40 per cent of deaths from COVID-19.