WikiLeaks founder Julian Assange has appeared in a London court to fight an extradition request from the US which wants to put him on trial for hacking government computers and violating an espionage law.

WikiLeaks founder Julian Assange has appeared in a London court to fight an extradition request from the US which wants to put the 48-year-old Australian on trial for hacking government computers and violating an espionage law.

Some 10 months after he was dragged from the Ecuadorean embassy where he had been holed up for seven years, Judge Vanessa Baraitser will hear arguments as to why he should or should not be sent to the United States.

Wearing a blue-grey suit and cleanly shaven, Assange on Monday confirmed his name and age.

Judge Baraitser told the court that any disturbances would see people removed from the building.

The hearing at London's Woolwich Crown Court will not decide if Assange is guilty of any wrongdoing, but whether the extradition request meets the requirements set out under a 2003 UK-US treaty.

What charges is Assange facing? 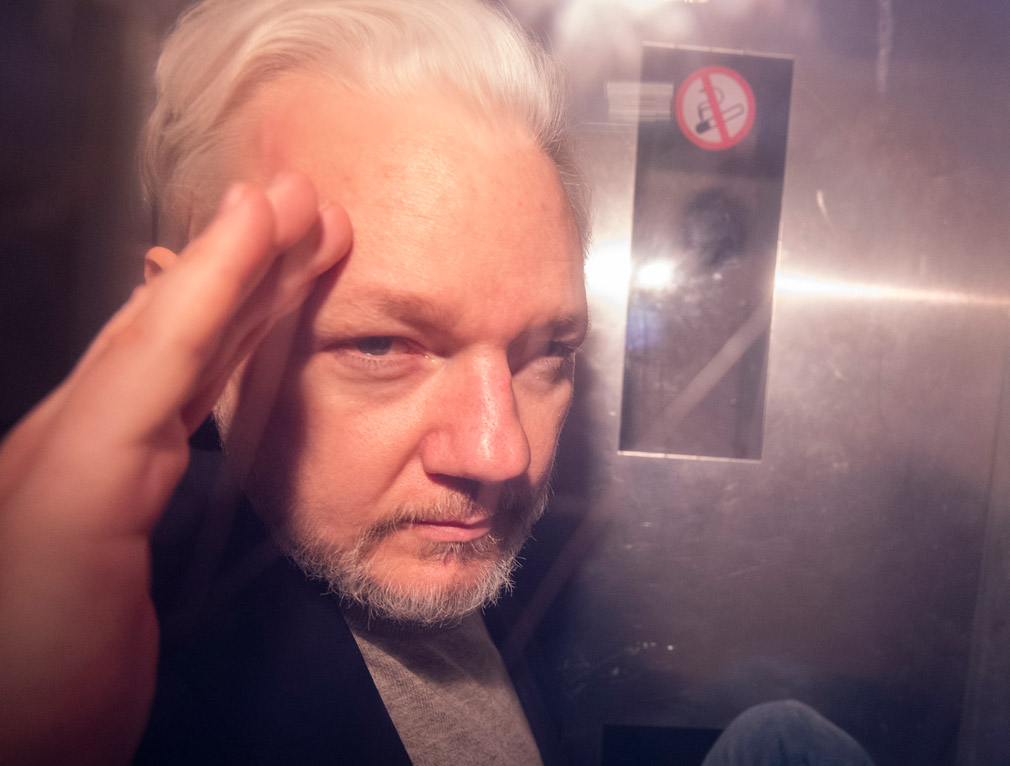 Assange has been indicted in the US on 18 charges over the publication of classified documents.

Prosecutors say he conspired with US army intelligence analyst Chelsea Manning to hack into a Pentagon computer and release hundreds of thousands of secret diplomatic cables and military files on the wars in Iraq and Afghanistan.

US authorities say WikiLeaks' activities put American lives in danger. Assange argues he was acting as a journalist entitled to First Amendment protection, and says the leaked documents exposed US military wrongdoing.

Among the files published by WikiLeaks was video of a 2007 Apache helicopter attack by American forces in Baghdad that killed 11 people, including two Reuters journalists.

Journalism organizations and civil liberties groups including Amnesty International and Reporters Without Borders say the charges against Assange set a chilling precedent for freedom of the press. 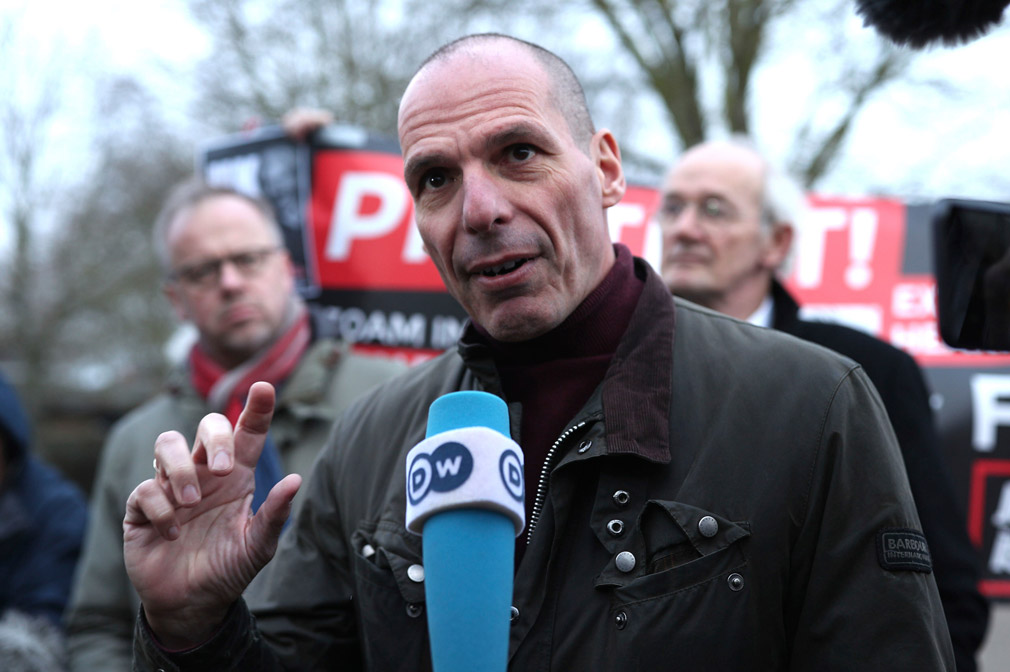 "What we have is an assault on journalism," left-wing Greek lawmaker Yanis Varoufakis said at an Assange support march in London on Saturday.

"The only charge against Julian, hiding behind the nonsense of espionage, is a charge of journalism."

How it all began

Assange's legal saga began in 2010, when he was arrested in London at the request of Sweden, which wanted to question him about allegations of rape and sexual assault made by two women.

He refused to go to Stockholm, saying he feared extradition or illegal rendition to the United States or the US prison camp at Guantanamo Bay, Cuba.

In 2012, Assange sought refuge inside the Ecuadorian Embassy, where he was beyond the reach of UK and Swedish authorities. 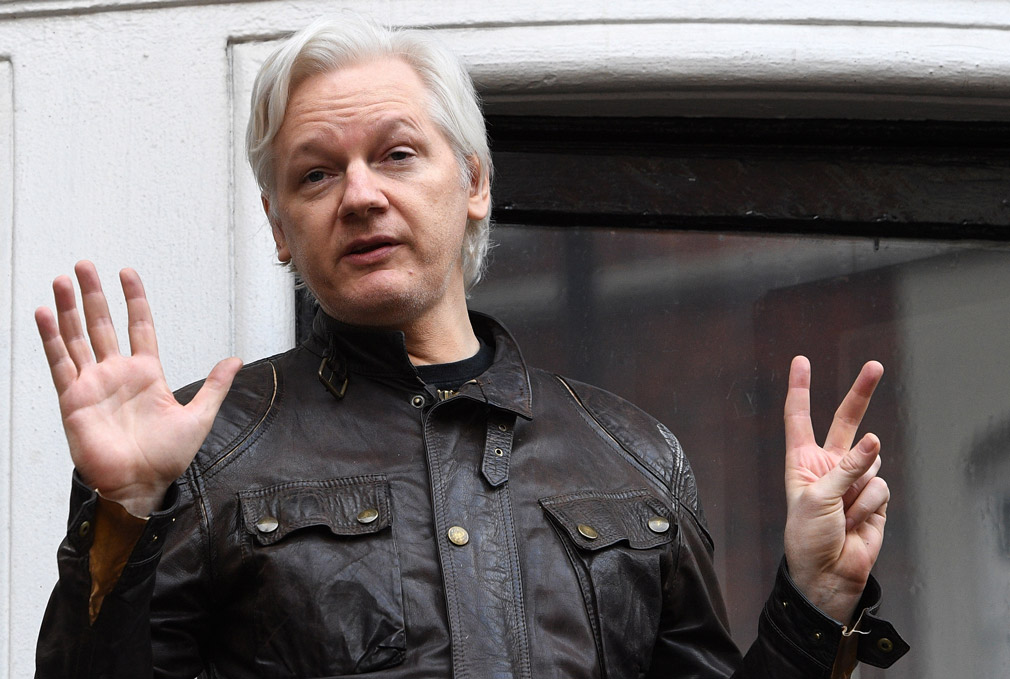 For seven years Assange led an isolated and increasingly surreal existence in the tiny embassy, which occupies an apartment in an upscale block near the ritzy Harrod's department store.

Confined to the building, he occasionally emerged onto a small balcony to address supporters, and received visits from celebrity allies including Lady Gaga and "Baywatch" actress Pamela Anderson.

The relationship between Assange and his hosts eventually soured, and he was evicted in April 2019. British police immediately arrested him for jumping bail in 2012.

Sweden dropped the sex crimes investigations in November because so much time had elapsed, but Assange remains in London's Belmarsh Prison as he awaits a decision on the US extradition request.

Supporters say the ordeal has harmed Assange's physical and mental health, leaving him with depression, dental problems and a serious shoulder ailment.

For his supporters around the world, Assange remains a hero. But many others are critical of the way WikiLeaks has published classified documents without redacting details that could endanger individuals.

WikiLeaks has also been accused of serving as a conduit for Russian misinformation, and Assange has alienated some supporters by dallying with populist politicians including Brexit-promoter Nigel Farage.

Assange's legal team insists the American case against him is politically motivated.

His lawyers say they will present evidence that the Australian was offered a pardon by the Trump administration if he agreed to say Russia wasn't involved in leaking Democratic National Committee emails that were published by WikiLeaks during the 2016 US election campaign.

Assange's lawyers say the offer was made in August 2017 by then-Republican Congressman Dana Rohrabacher, who claimed to be acting on behalf of President Donald Trump.

The White House has called the claim "a complete fabrication and a total lie".

Ms Rohrabacher acknowledges discussing the Democrat leak with Assange, but denies offering a pardon from the president.

An end to the saga could still be years away. After a week of opening arguments, the extradition case is due to break until May, when the two sides will lay out their evidence.

The judge is not expected to rule until several months after that, with the losing side likely to appeal.

If the courts approve extradition, the British government will have the final say.