Wall Street's three major stock indexes fell 3 per cent as the coronavirus spread further around the world and investors clamoured for safety a day after the S&P 500's and the Dow Industrials' biggest daily declines in two years.

After US stocks started Tuesday's session with an attempt to rebound, they were quickly rebuffed and losses deepened as the day wore on and US 10-year Treasury yields hit a record low on strong demand for safer bets.

Strategists struggled to estimate the economic impact of the virus as it spread to Spain and dozens of countries from South Korea to Italy accelerated emergency measures. The US Centers for Disease Control and Prevention said Americans should prepare for possible community spread of coronavirus. Earlier in the day, Iran's virus death toll rose to 16, the highest outside China.

It did not help matters when the Associated Press reported that a senior member of the International Olympic Committee said organisers are more likely to cancel the 2020 Olympics than to postpone or move it if the coronavirus makes it too dangerous to hold in Tokyo.

As a result the S&P was on track for its biggest two-day percentage drop since August 2015. Fears of a pandemic had knocked off more than 3 per cent on Monday and erasing the S&P 500 and the Dow's gains for the year-to-date.

"People are pulled to the sidelines and there's a re-evaluation of risks. They're taking a wait and see approach because nobody knows how to accurately estimate the potential near term economic impact of coronavirus," said Carol Schleif, Deputy Chief Investment Officer, Abbot Downing in Minneapolis. 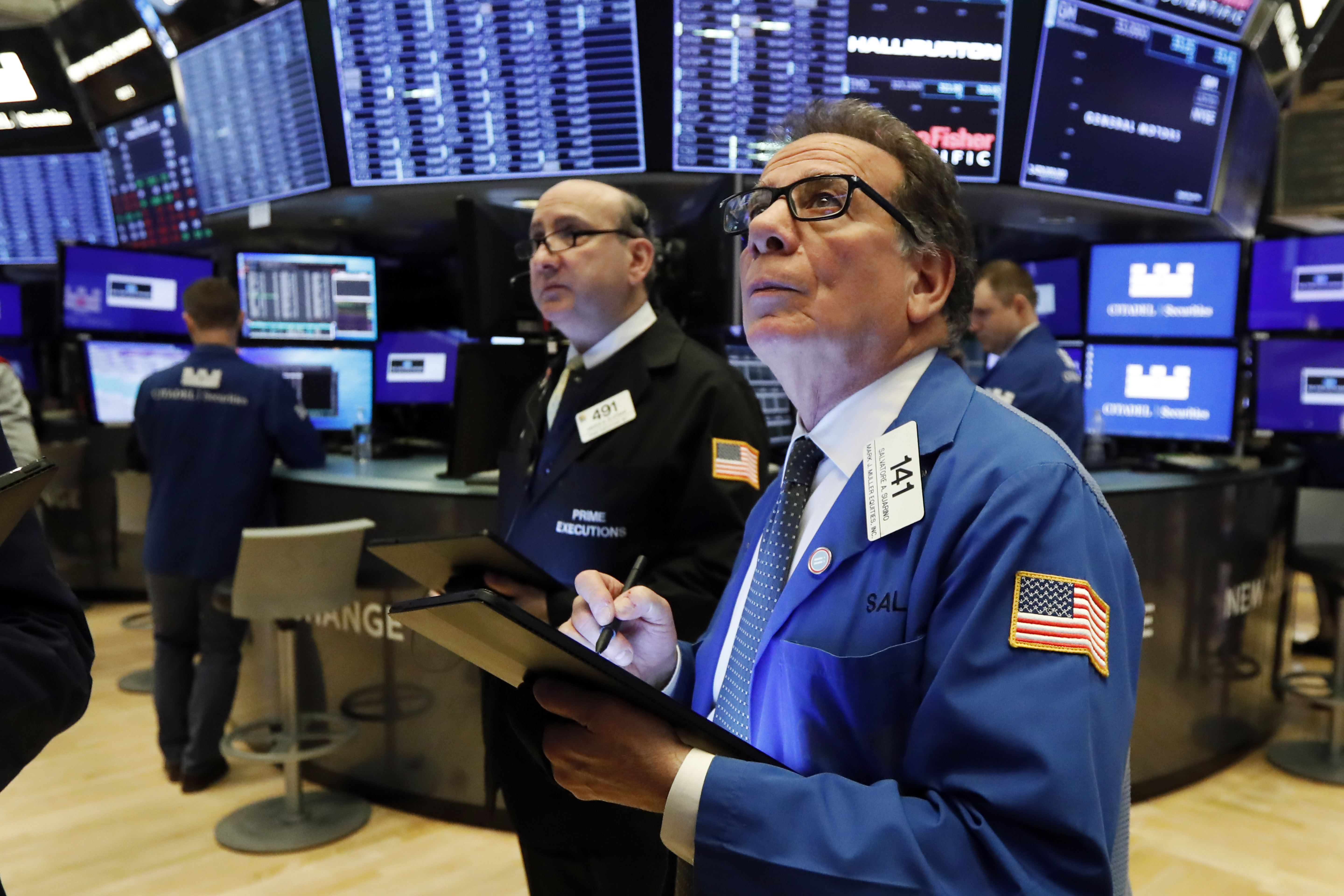 "Markets abhor a vacuum. They hate not knowing so people are waiting to see, to give it a few days to settle out."

The NYSE Arca Airline index was down almost 5 per cent on track for its biggest four-day decline since October 2011. Travel stocks such as Tripadvisor, down 5.7 per cent, and Norweigian Cruise Line Holdings, down 6.9 per cent.

"When people react to it because they don't travel or go to restaurants or go shopping, that'll have an immediate impact on the economy. It depends how long it goes and how wide the spread," said Randy Frederick, vice president of trading and derivatives for Charles Schwab in Austin, Texas.

The Cboe Volatility Index, known as Wall Street's fear gauge, went above 30, for the first time since December 2018.

Only ten S&P stocks were in positive territory while all of the S&P's 11 industry sectors were declining on Tuesday though defensive industries such as consumer staples, down 1.7 per cent, fell the least while energy was the biggest loser with a more than 4 per cent dip as oil prices tumbles. 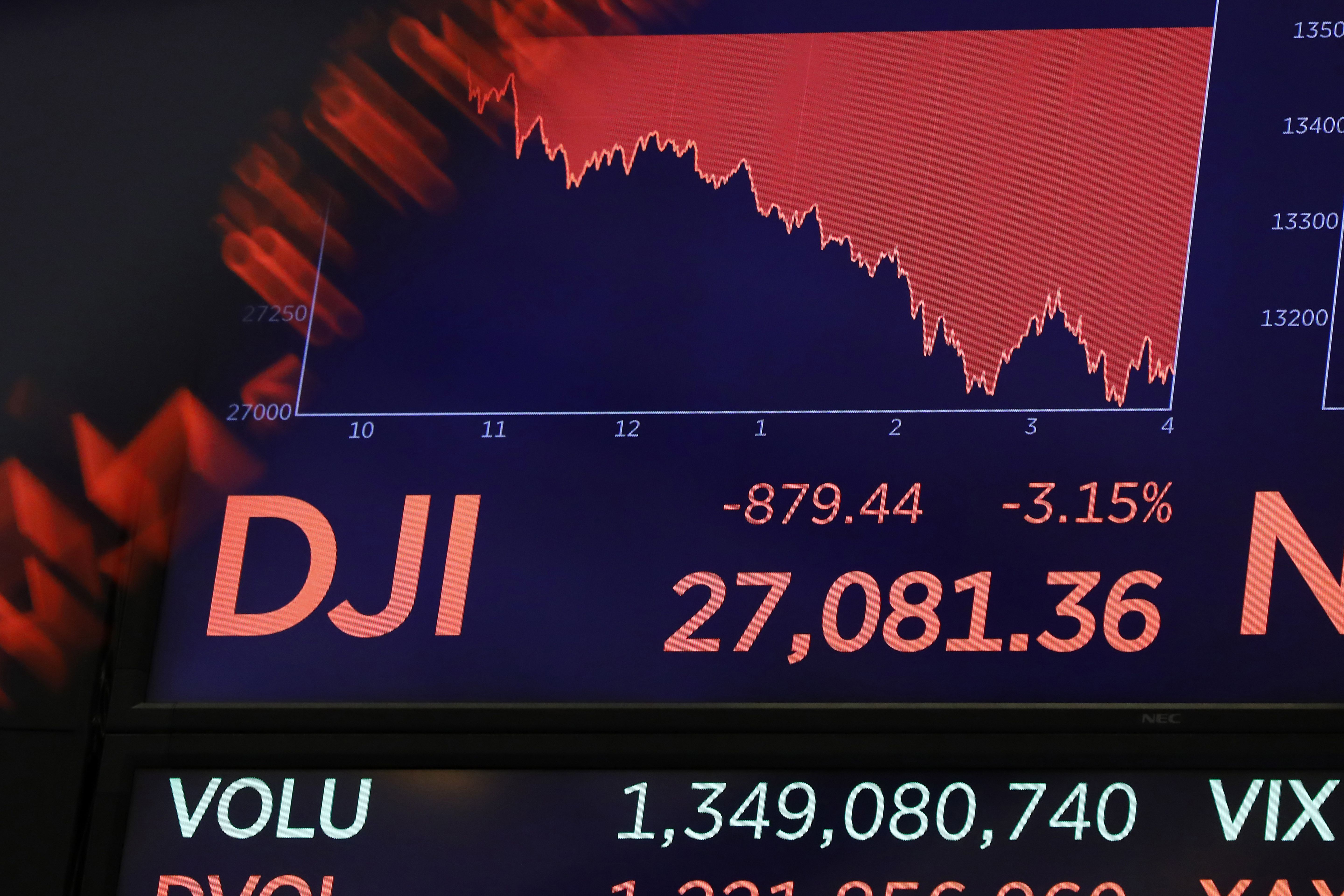 Some investors had been betting that central banks like the US Federal Reserve would counter economic weakness resulting from the virus with support such as interest rate cuts. But worries about supply chain disruption curbed this confidence.

READ:  Appeal for information after robber impersonated police officer in the Hunter

"The markets are also coming around to this idea that when it's a problem with the supply side, the central banks are not equipped to deal with these kind of events," said Seema Shah, chief investment strategist at Principal Global Investors in London. 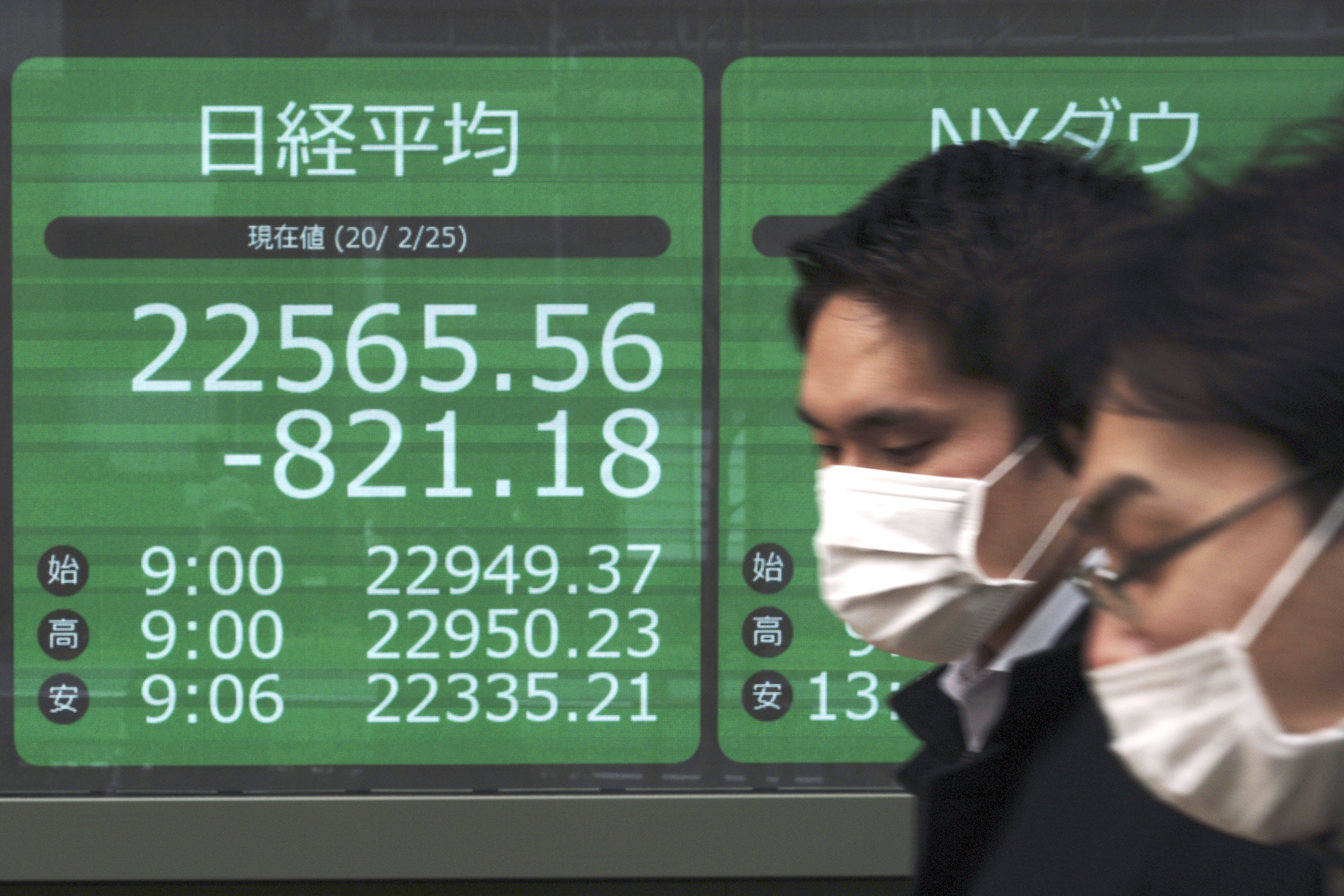 Mastercard Inc shares fell 7 per cent, putting it among the S&P's biggest percentage decliners. Earlier it announced Chief Executive Ajay Banga would step down at the start of the next year and be replaced by products head Michael Miebach.

HP Inc pared earlier gains but was still up 4 per cent, providing one of the biggest boosts to the S&P, after saying it would step up efforts to slash costs and buy back stock, as it sought investor support to defend against a $35 billion takeover offer from US printer maker Xerox Holdings Corp.

Declining issues outnumbered advancing ones on the NYSE by a 7.55-to-1 ratio; on Nasdaq, a 6.46-to-1 ratio favoured decliners.