Brooks, 27, was killed by an Atlanta police officer outside a Wendy’s restaurant after failing a sobriety test, taking an officer’s Taser and running away.

One day before charges could be filed against the ex-officer who killed Rayshard Brooks, a black Georgia sheriff said the shooting was justified.

Brooks, 27, was killed by an Atlanta police officer Friday night outside a Wendy's restaurant after failing a sobriety test, taking an officer's Taser and running away.

That officer, Garrett Rolfe, was fired after footage showed him shooting at Brooks multiple times from the back as Brooks ran. A second officer at the scene, Devin Brosnan, has been placed on administrative duty. 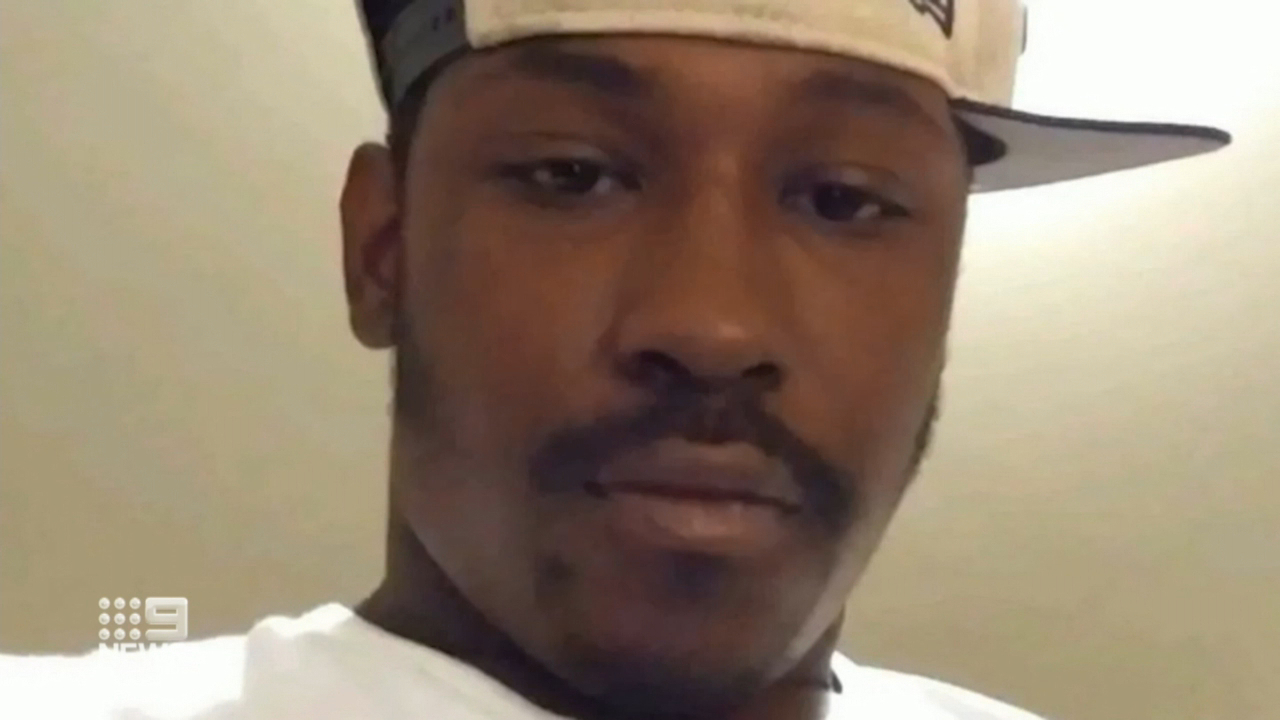 The Atlanta police chief promptly resigned. The mayor called the killing of the black man a "murder".

"We saw in the video that Brooks is engaged in a fight with the officers," said Williams, whose county is about 257 kilometres east of Atlanta.

"Brooks is able to take a non-lethal weapon, a Taser, away from one of the officers, and he flees," Williams said Tuesday. "Brooks turned back to the officers and fired the Taser." 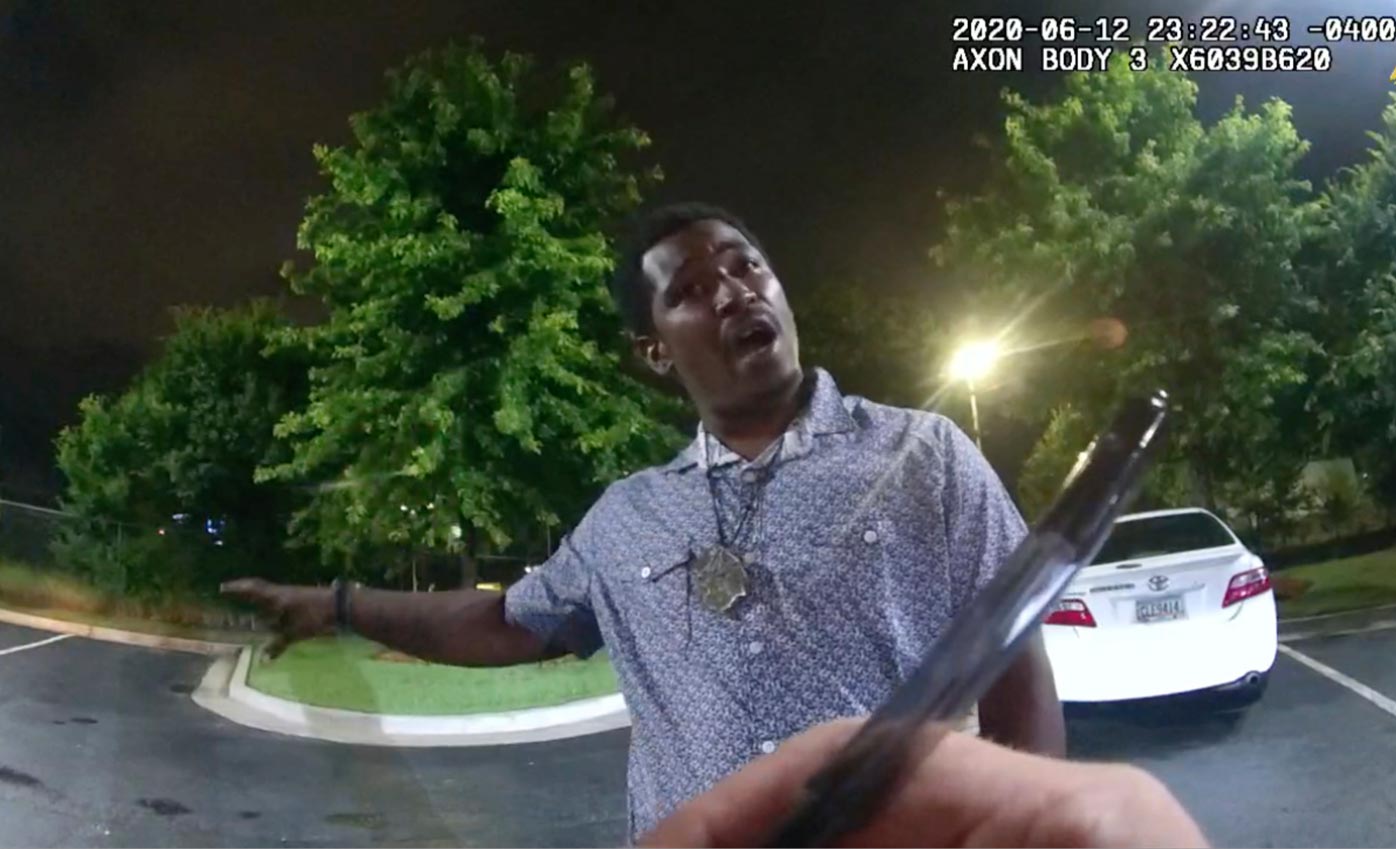 Williams said Brooks' use of the device was extremely dangerous because it could have immobilised the officer for several seconds, possibly allowing Brooks to steal the officer's gun or seriously injure him.

"If an officer is hit with that Taser, all of his muscles will be locked up, and he'll have the inability to move and to respond," Williams said.

"This was a completely justified shooting."

Footage shows that early in the encounter, an officer asked Brooks whether he could pat him down, and Brooks agreed.

"Now you know he's not in possession of a firearm or any other deadly weapon," CNN law enforcement analyst Charles Ramsey said. 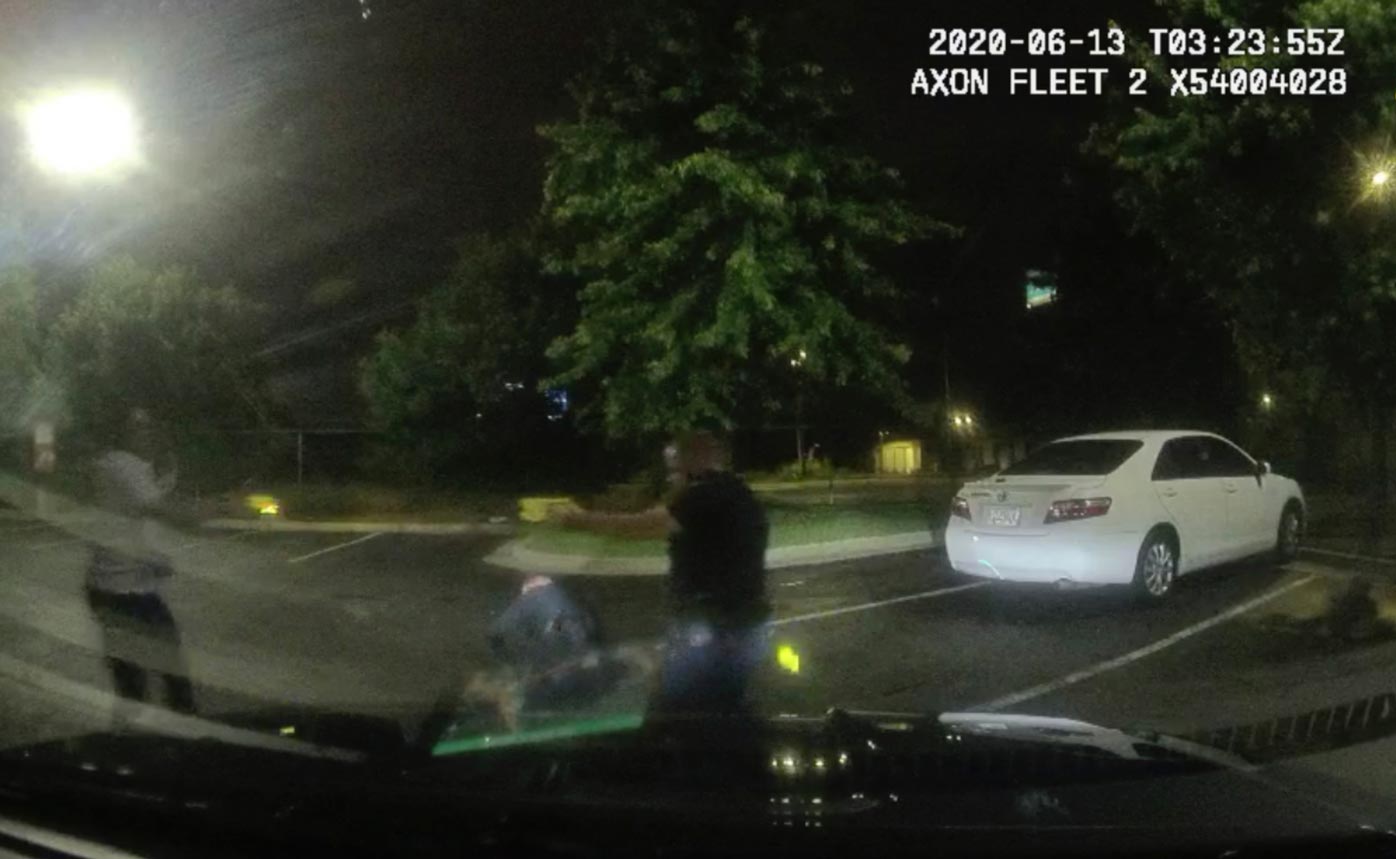 After Brooks stole the officer's Taser, ran away and apparently fired it toward police from a distance, it's very unlikely he'd be able to deploy it a second time, Ramsey said.

"Once you fire the Taser, it has to recycle before it can be used again," said Ramsey, a former Philadelphia police commissioner. "I would doubt very seriously if most citizens would even know how to operate a Taser."

So instead of shooting Brooks, Ramsey said the officer could have continued the foot pursuit and used his radio to call for backup. He noted that Brooks' car was still in the parking lot of the Wendy's.

"You've got the car. You've asked for his driver's license. You know who he is. So even if you don't get him right now, you can get him later," Ramsey said.

For the past three weeks, protesters across the country have demanded an end to systemic racism following the deaths of George Floyd, Ahmaud Arbery and Breonna Taylor.

Atlanta Hawks Head Coach Lloyd Pierce was one of the protesters who denounced police brutality. 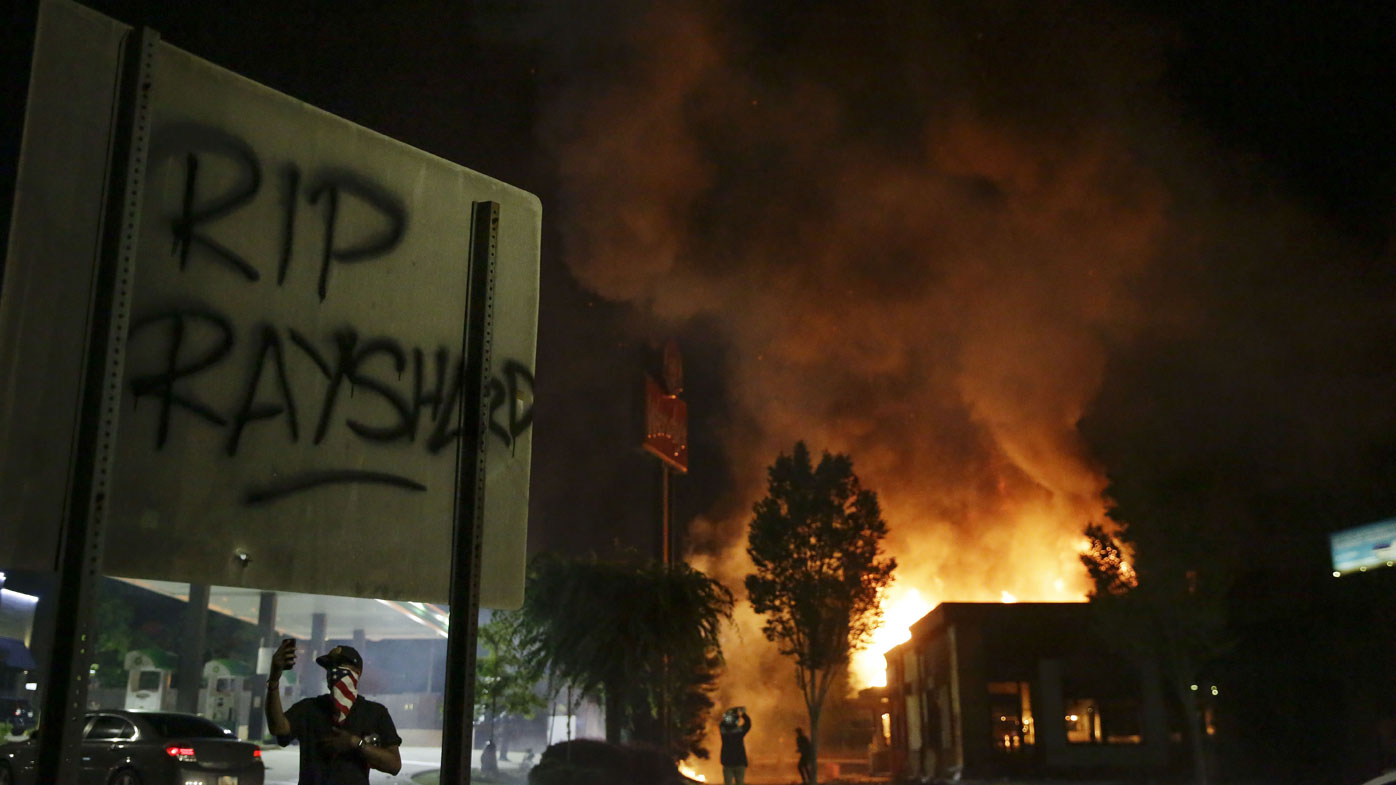 Newly released records from Atlanta police show Rolfe, the now-fired officer who killed Brooks, was the subject of a 2016 use-of-force complaint. That resulted in a written reprimand in 2017.

READ:  Taste of Tasmania Opens: Stallholders Tell us the Inside Story

Rolfe and Brosnan have not responded to repeated requests for comment.

'I can never get my husband back'

Brooks was a father of three young daughters -- ages 1, 2, and 8 -- and a 13-year-old stepson. He had spent much of Friday celebrating his daughter's 8th birthday ahead of a planned birthday party on Saturday.

Family attorneys say the 8-year-old daughter waited for her father in her birthday dress that morning. But he never came home. 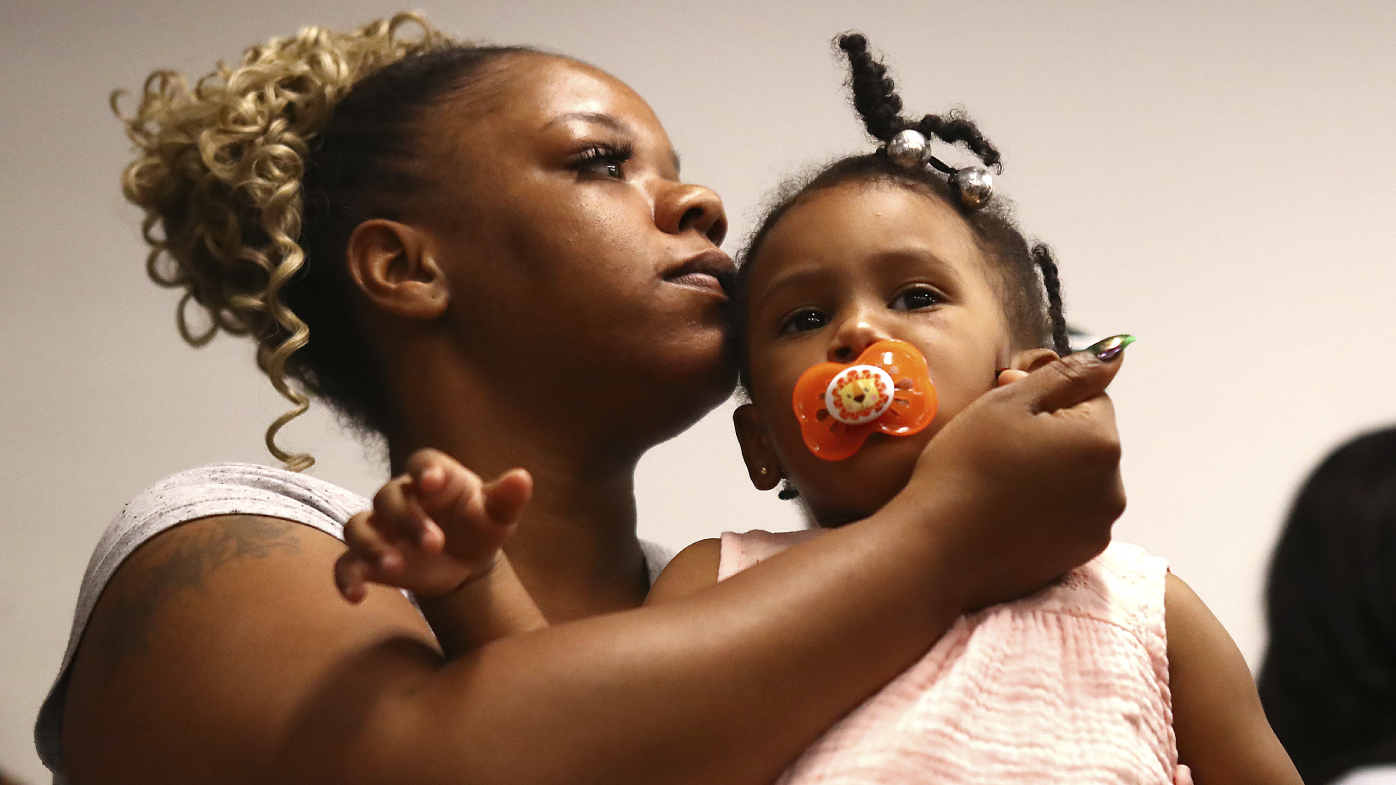 "It's going to be a long time before this family heals."

Brooks' niece Chassidy Evans said she had been following the protests against police brutality. But "this time it landed on our front doorstep".

"Not only are we hurt, we are angry. When does this stop?" she said. "We're not only pleading for justice. We're pleading for change."

A decision on possible charges is coming soon

Fulton County District Attorney Paul Howard Jr. said a decision on whether charges will be filed in the Brooks case could come as early as Wednesday. Those charges, he said, could range from voluntary manslaughter to murder.

"If this had been a civilian, there's a possibility charges would have been lodged against them already," he said. 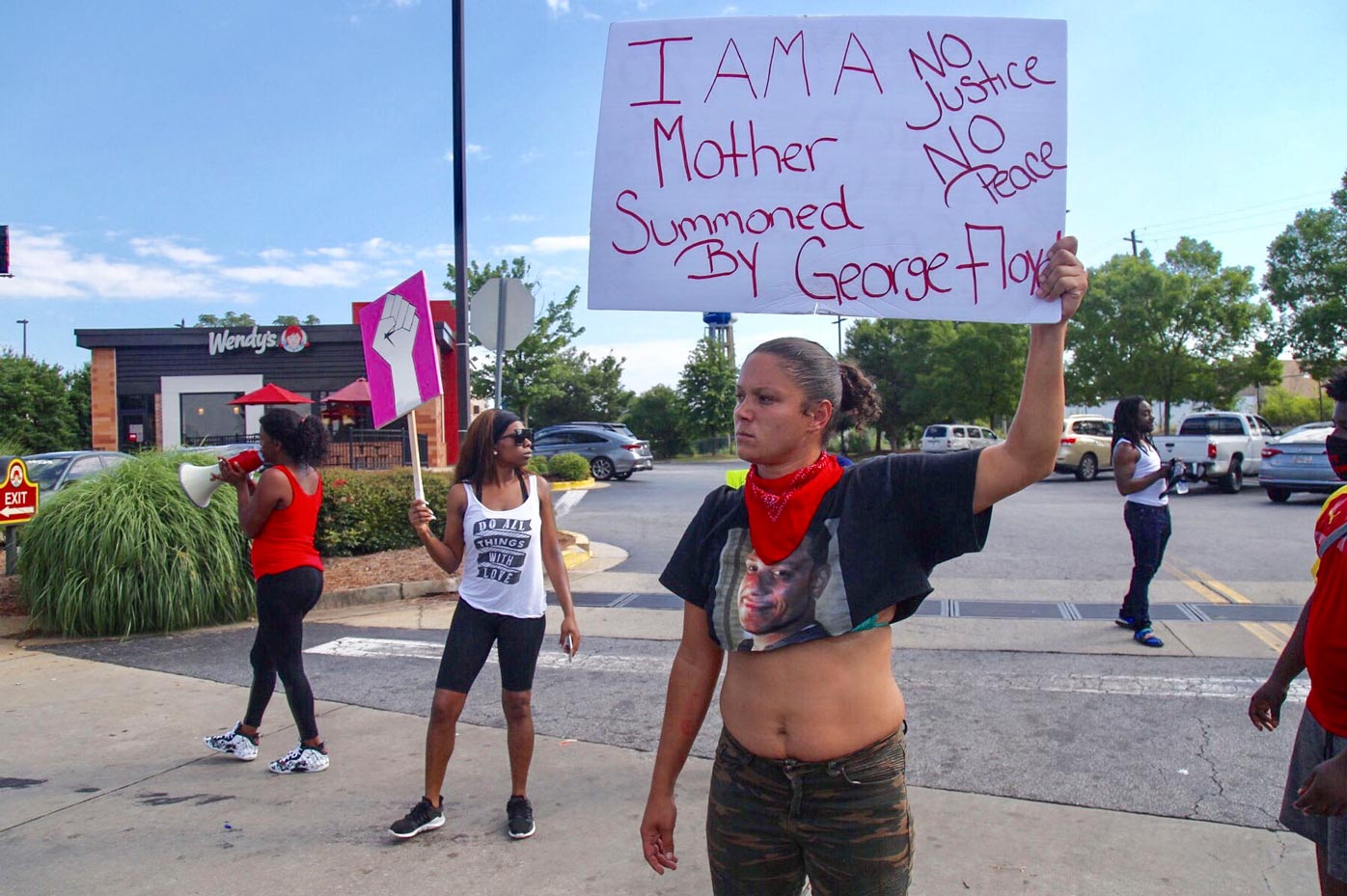 "What I think people around the country are saying is: 'We want one system so that both the police and citizens are treated equally.' That's what we are hoping to do by making our decision on Wednesday."

Howard said he watched footage of the encounter and didn't understand why it escalated to a deadly shooting as Brooks was running away.

"At that time, under Georgia law, unless Mr. Brooks posed an imminent threat of bodily harm ... was it necessary for (the officer) to shoot Mr. Brooks to save his life or to save someone else's life?" the district attorney said.

"Because if Mr. Brooks was shot for some other reason, then it is not justified."