The United States has ordered China to close its consulate in Houston, escalating tensions between the world's largest economies as President Donald Trump ramps up pressure against China ahead of the November election.

Beijing denounced the order as "outrageous" and said it would draw a firm response if not reversed.

The physical closure of the consulate, one of six in the United States along with China's mission to the United Nations, marked a dramatic step in increasingly contentious relations that have been strained not only by the coronavirus pandemic but by disputes over trade, human rights, Hong Kong and Chinese assertiveness in the South China Sea.

It was the latest in a series of measure taken by the Trump administration against Chinese officials, students and researchers that have included travel bans, registration requirements and others steps intended to reduce their footprint in the US. These actions have come as Trump has sought to blame China for the coronavirus outbreak in the US, where cases have soared, threatening Trump's prospects for reelection. 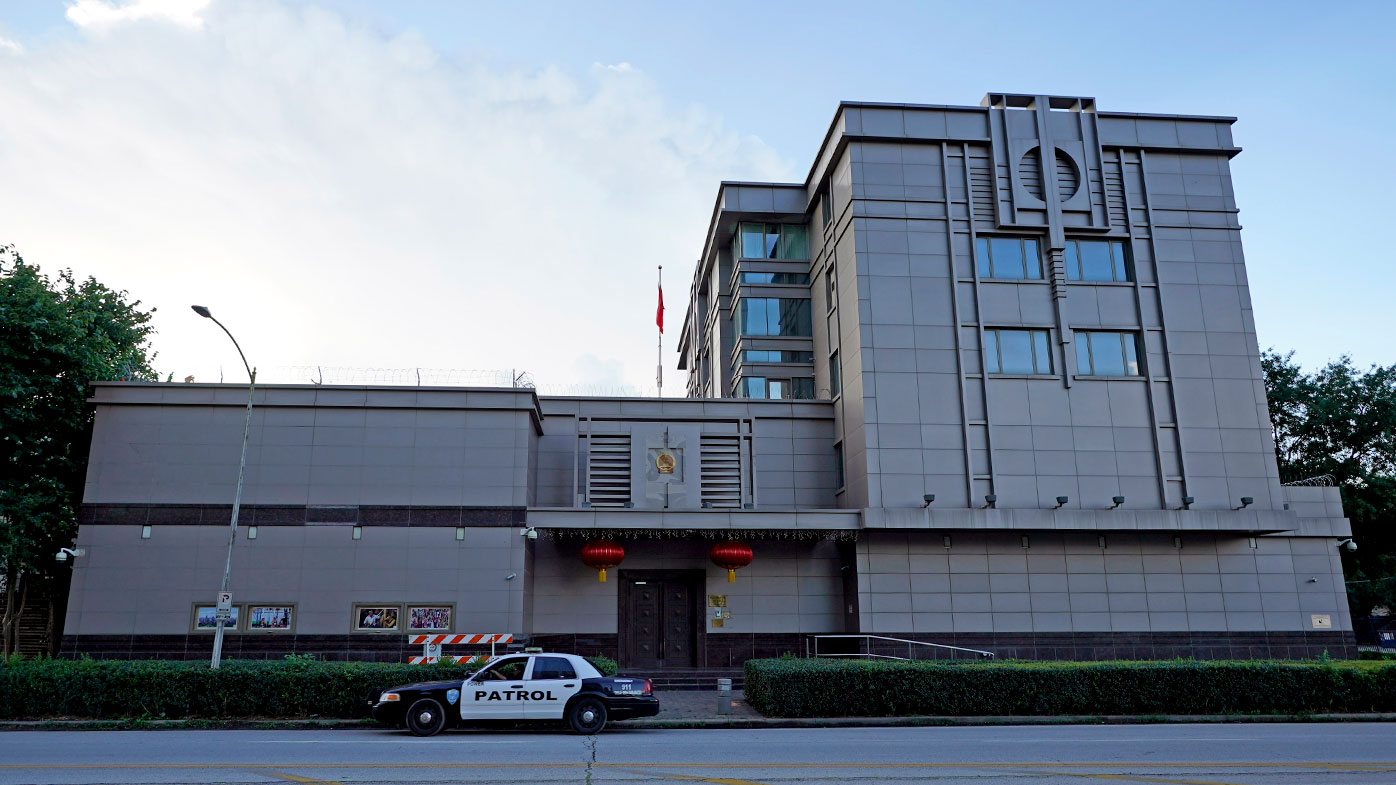 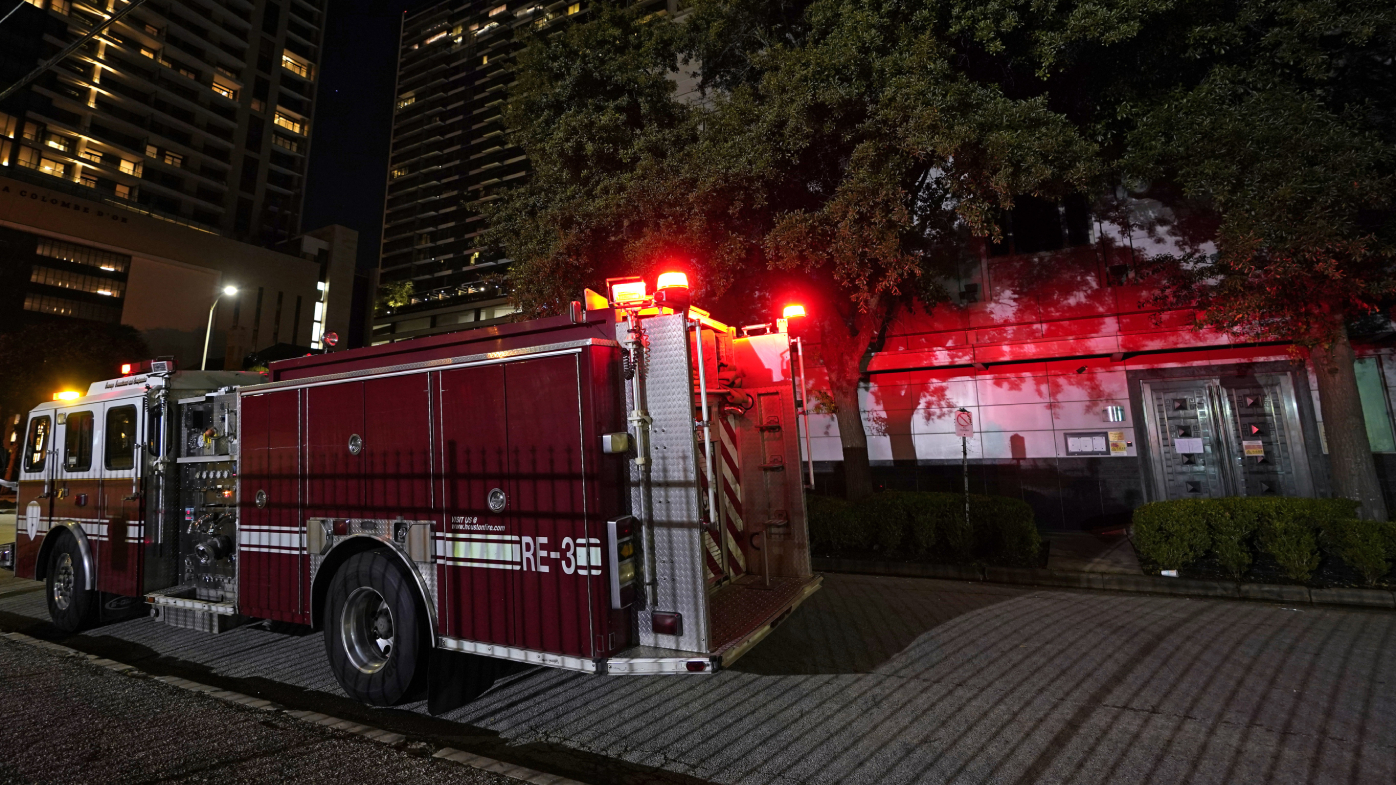 The State Department said it ordered the consulate closed within 72 hours as it alleges that Chinese agents have been seeking to steal US data from facilities in Texas, including the Texas A&M medical system statewide and The University of Texas MD Anderson Cancer Center in Houston.

There were indications consulate staff were preparing to leave. There were reports of papers being burned on the consulate grounds Tuesday night — a common practice when a diplomatic post is being shuttered on short notice.

"The United States will not tolerate (China's) violations of our sovereignty and intimidation of our people, just as we have not tolerated (China's) unfair trade practices, theft of American jobs, and other egregious behaviour," she said. "President Trump insists on fairness and reciprocity in US-China relations." 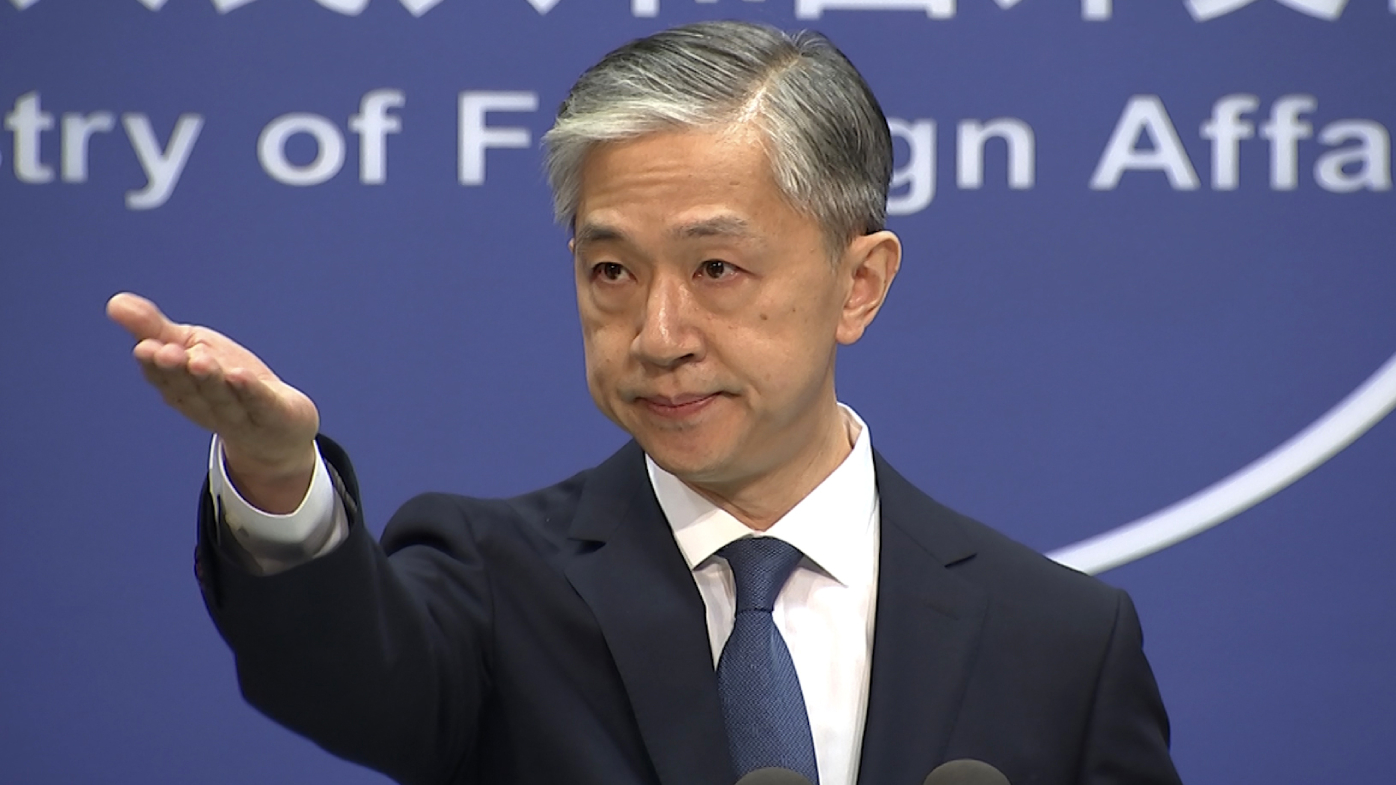 The Department of Justice on Tuesday had announced the indictments of two Chinese hackers on charges of trying to steal pharmaceutical secrets from U.S. companies related to the COVID-19 pandemic that originated in China. Although there was no indication the two measures were related, the US has long alleged China is involved in nefarious activity around the country, including from its Houston consulate.

Even before the US announced the closure, which was conveyed to the Chinese ambassador to the United States on Tuesday, China strongly condemned it. A foreign ministry spokesperson called it "an outrageous and unjustified move that will sabotage relations between the two countries."

"The unilateral closure of China's consulate general in Houston within a short period of time is an unprecedented escalation of its recent actions against China," foreign ministry spokesperson Wang Wenbin said at a daily news briefing in Beijing. He warned of firm countermeasures if the US does not reverse itself.

Wang accused the US of opening Chinese diplomatic pouches without permission multiple times, confiscating Chinese items for official use and imposing restrictions on Chinese diplomats beginning last October and again in June. He also said that US diplomats in China engage in infiltration activities.

"If we compare the two, it is only too evident which is engaged in interference, infiltration and confrontation," Wang said. He also said that the Chinese Embassy in Washington has received bomb and death threats, and accused the US government of fanning hatred against China.

In Houston, firefighters responded to reports of papers being burned on the consulate grounds Tuesday night but were barred entry, according to local reports. Houston police said in a tweet that officers responded to "a meet the firefighter" call at the Chinese Consulate building at 3417 Montrose Boulevard. It said smoke was observed in an outdoor courtyard area, and that officers were not allowed to enter the building. 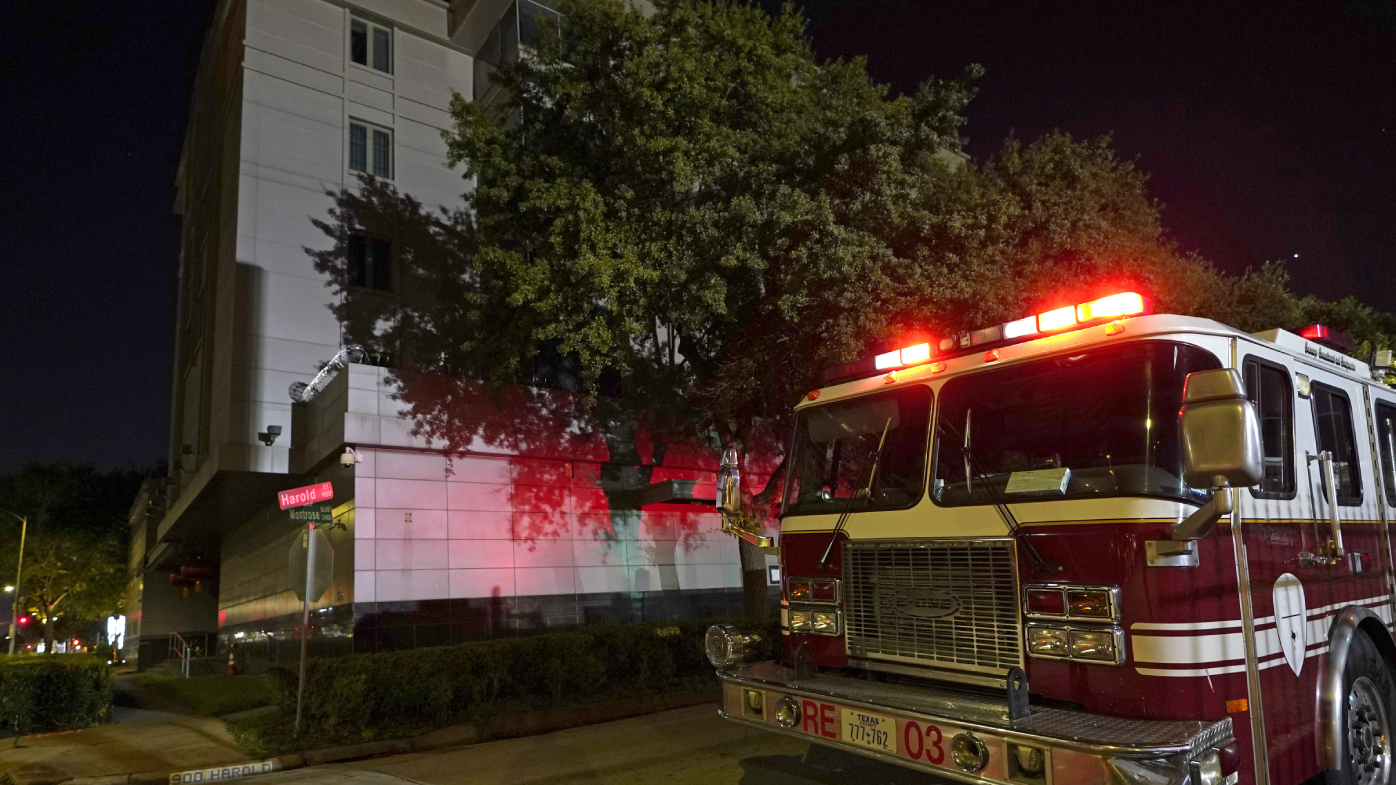 Foreign diplomatic missions operate under legal immunities accorded by international law and are not able to be entered without permission. However, the destruction of confidential documents at a facility that has been ordered or otherwise forced to close on short notice, including US missions, is not unusual. Most recently in the United States, Russia's consulate in San Francisco made news for burning large amounts of material when it was ordered closed in 2017.

Aside from the diplomatic ramifications, the closure of the Houston consulate will make it more difficult for China to provide assistance to its citizens in the southern United States and for US nationals seeking visas and other services there.

In addition to its embassy in Washington and its mission to the United Nations in New York, China has consulates in New York, Chicago and Los Angeles.In an apparent bid to stave off the reciprocal closure of an American diplomatic mission in China, the State Department told the Chinese that it would not re-open its consulate in Wuhan, according to two US officials who were not authorised to discuss the matter publicly and spoke on condition of anonymity.

READ:  No guarantee an effective COVID-19 vaccine will ever be created: WHO 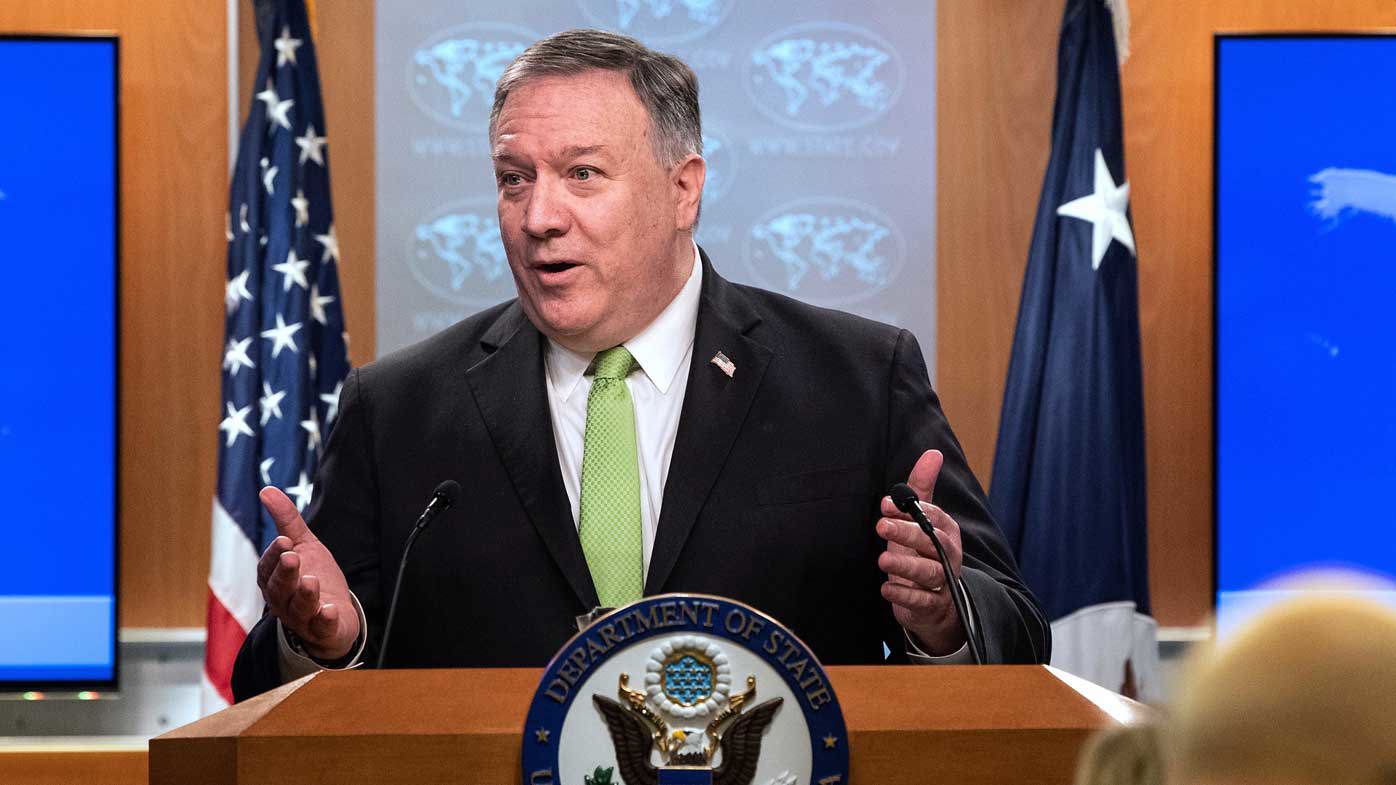 The US consulate in Wuhan was shuttered in late January at the height of the coronavirus outbreak that started there, but the State Department had informed Congress in early June that it planned to re-open it, possibly this summer.

Besides Wuhan, the US has four other consulates in China — in Shanghai, Guangzhou, Chengdu and Shenyang — along with its embassy in Beijing and a consulate general in Hong Kong.

In a reflection of China's economic importance, a Houston business group expressed regret at the announcement, saying the consulate has been important in building trade, investment and cultural ties. It noted that the Houston consulate was China's first in the US when it opened in 1979.

The Greater Houston Partnership expressed hope that China would take immediate steps to address intellectual property and cybersecurity concerns. "We look forward to the reopening of the consulate in Houston once these concerns are addressed," it said in a statement.

Pompeo is expected to continue the attacks Thursday in a speech on US-China relations at the Nixon Library in California.