The mother of a 15-month-old girl last seen two months ago in Tennessee says she knew who had her daughter, and she was afraid to report her disappearance.

The mother of a 15-month-old girl last seen two months ago and reported missing last week in Tennessee says she knew who had her daughter, and she was afraid to report her disappearance.

Evelyn Boswell of East Tennessee was last seen in December but authorities issued an Amber Alert for her Wednesday.

Her mother, Megan Boswell, said she left her daughter with someone she trusted to keep an eye on her while she was at work. 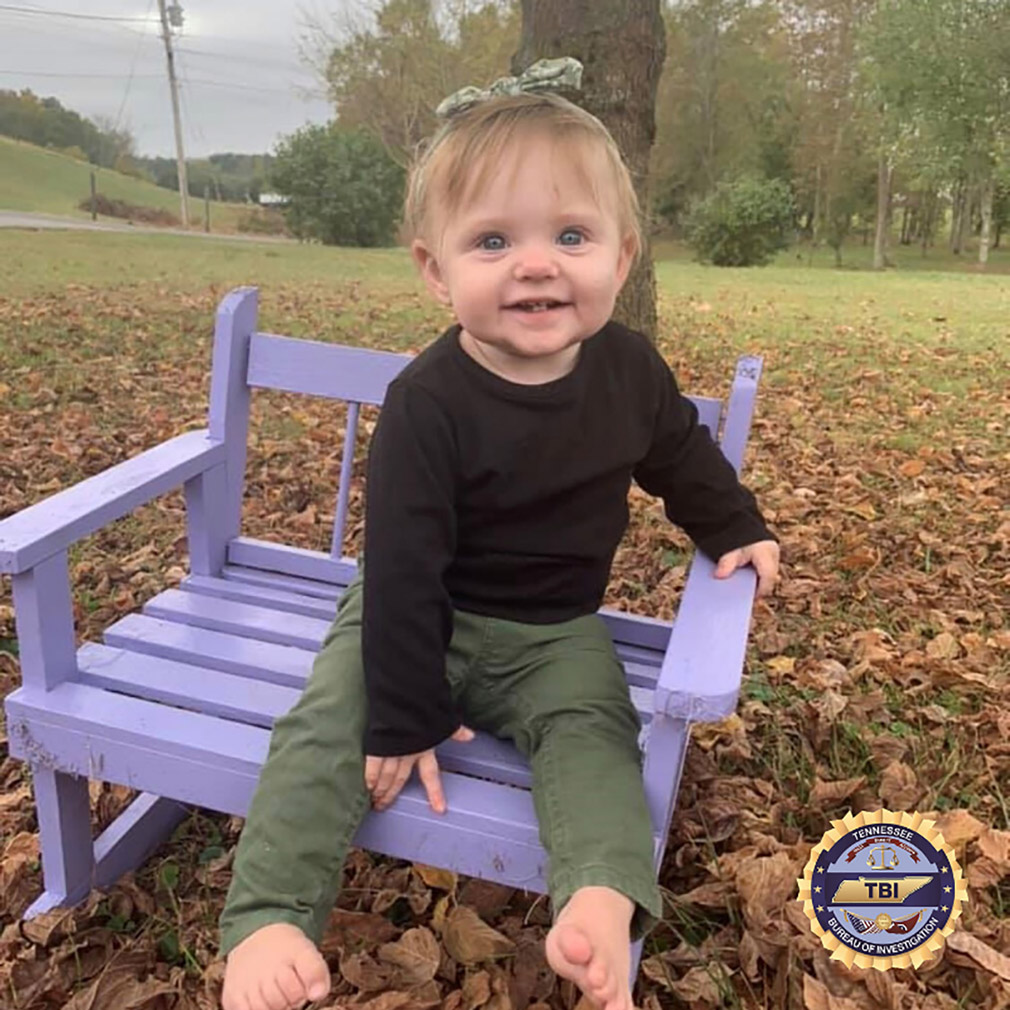 "Well the reason I didn't report it or anything was I knew the person who had her, and I didn't want them to run away with her," Boswell told CNN affiliate WCYB on Friday.

"And as soon as they thought anything was going on they just kinda vanished.

"So I'm just kinda worried, you know, about where they are at. What they're doing with her at this point in time."

She declined to provide any names.

"In a way I knew that as soon as anything went down this person was going to disappear and they have," she told the affiliate.

Investigators arrested a man and a woman Friday and held them on charges unrelated to her disappearance, the Tennessee Bureau of Investigation said.

Angela Boswell, 42 – the baby's grandmother – and William McCloud, 33, were found travelling in a gray 2007 BMW and arrested in Wilkes County, North Carolina.

Tennessee authorities had said they were looking for the vehicle and believed its occupants would have information about the toddler's whereabouts.

How the disappearance is connected to the car

Megan Boswell was in the process of buying the BMW in question for her mother, Angela Boswell, the Sullivan County Sheriff's Office said in a statement.

READ:  US unemployment hits one-in-10 as 16.6m apply for benefits

A purchase agreement was never completed, and no money was exchanged for the vehicle.

The owner of the BMW was unable to contact Megan or Angela Boswell, and the car was reported stolen, the sheriff's office said.

Angela Boswell and McCloud are both Tennessee residents. They are being held in the Wilkes County Jail, each charged with theft over US$2500, according to the sheriff's office.

Angela Boswell is also being held on a violation of probation warrant for theft. It's unclear whether they have attorneys.

Both are awaiting extradition hearings before being transported to Sullivan County in Tennessee. They're scheduled to appear in court Monday.

Why conflicting statements are complicating the investigation

Investigators said Evelyn's mother is cooperating, but has given conflicting statements.

"During the investigation, authorities have received a number of conflicting statements. That, combined with the fact that Evelyn was not immediately reported missing, makes this a complicated case," the Tennessee Bureau of Investigation said.

The investigation began after a referral from the Tennessee Department of Children Services, Sullivan County Sheriff Jeff Cassidy said. The referral came after the baby's grandfather reported her missing.

Evelyn's mother lives in Sullivan County and has sole custody, while her father is an active-duty military serviceman stationed in Louisiana, officials said.

The reward for her safe return is at US$56,000, according to the affiliate.

READ:  'Not just a women's problem': Men speak out about hernia mesh injuries