An Arizona woman accused in the grisly slayings of her two children with a meat cleaver has denied harming them.

A woman in the US accused in the grisly slayings of her two children with a meat cleaver made her first court appearance on Monday, where she denied harming them.

"I did not kill anybody," Yui Inoue, 40, said through a Japanese interpreter before a Maricopa County Superior Court commissioner in Phoenix told her not to talk about the case except with an attorney.

Wearing an orange jumpsuit and a face mask in front of a podium, Ms Inoue otherwise spoke little during her initial appearance, where prosecutor Jay Rademacher asked that she be held on a US $2 million cash bond. 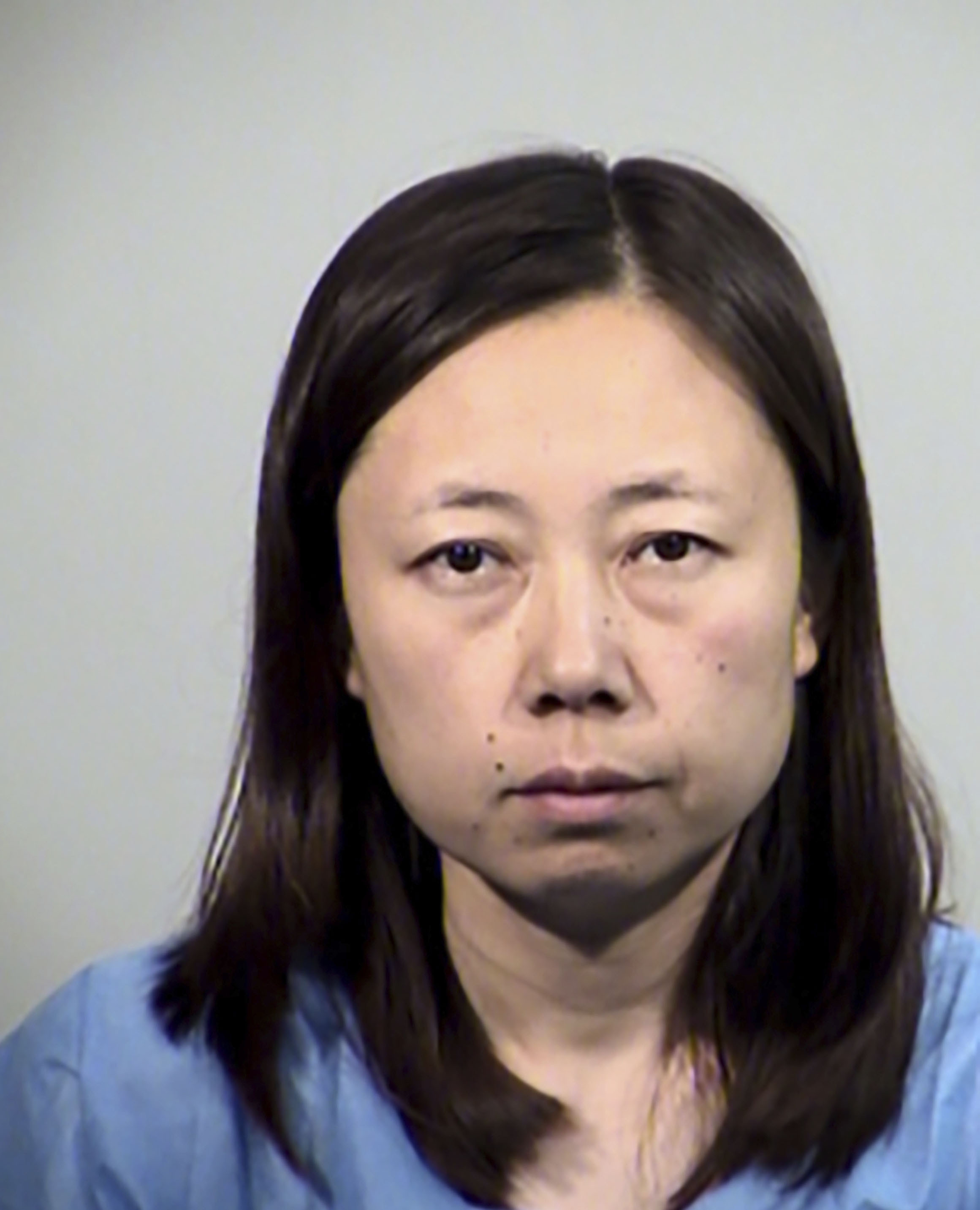 "These children were helpless, Your Honour, and did everything they could to fight their mother," Mr Rademacher said.

Upon hearing the prosecutor's description of the children's injuries, Ms Inoue put her head down on the podium.

Ms Inoue is facing two counts of first-degree murder. The commissioner ordered she be held on the requested bond, surrender her passport and wear an electronic monitoring device.

He also ordered her a court-appointed defence attorney. It was not immediately known if one had been assigned.

Ms Inoue went to a Tempe police station on Saturday morning and told officers that "she was hearing voices telling her to kill her children," according to charging documents.

Police called Ms Inoue's husband. He said the couple, who filed for divorce in April, had fought the night before over money she wanted to move to Japan.

He said she threatened to stab him so he left around 12.30am.

Police said they had been called to the woman's apartment earlier on Saturday morning because of a domestic dispute involving a husband and wife.

Her husband told investigators he slept in his car in a parking lot. He told authorities he did not think she would harm their children.

Police also said there was no apparent reason at the time to call child welfare authorities.

Later that morning, different officers went to the apartment and discovered the bodies of both children under a blanket and boxes, as well as a large amount of blood.

The children, who had numerous wounds, were immediately pronounced dead. Their names have not been released.

Police arrested the mother after noticing bloodstains on her heel, superficial cuts on her fingers, and bruising on her hands and knees. They also noticed blood spatter on suitcases in her car.

When questioned by police through a Japanese interpreter, Ms Inoue said she woke up around 4.30am with blood on her hands and arms.

She found her children dead but said she had no memory of doing anything to them. She said she took a bath before heading to the police station.

Tempe police recovered a meat cleaver with a 15-centimetre blade from her car. It was in a bag containing clothes with bloodstains.

READ:  Man charged with murder of man 'killed when returning a lawn mower'

Ms Inoue's next preliminary court hearing is scheduled for May 25.