Jordan Brown was incarcerated as an 11-year-old and released as a 21-year-old for a crime the court now says he did not commit.

A Pennsylvania man is suing a handful of retired state police investigators and officials alleging malicious prosecution after he spent most of his childhood in prison for the shotgun killing of his father's pregnant fiancée before the state Supreme Court overturned his conviction. 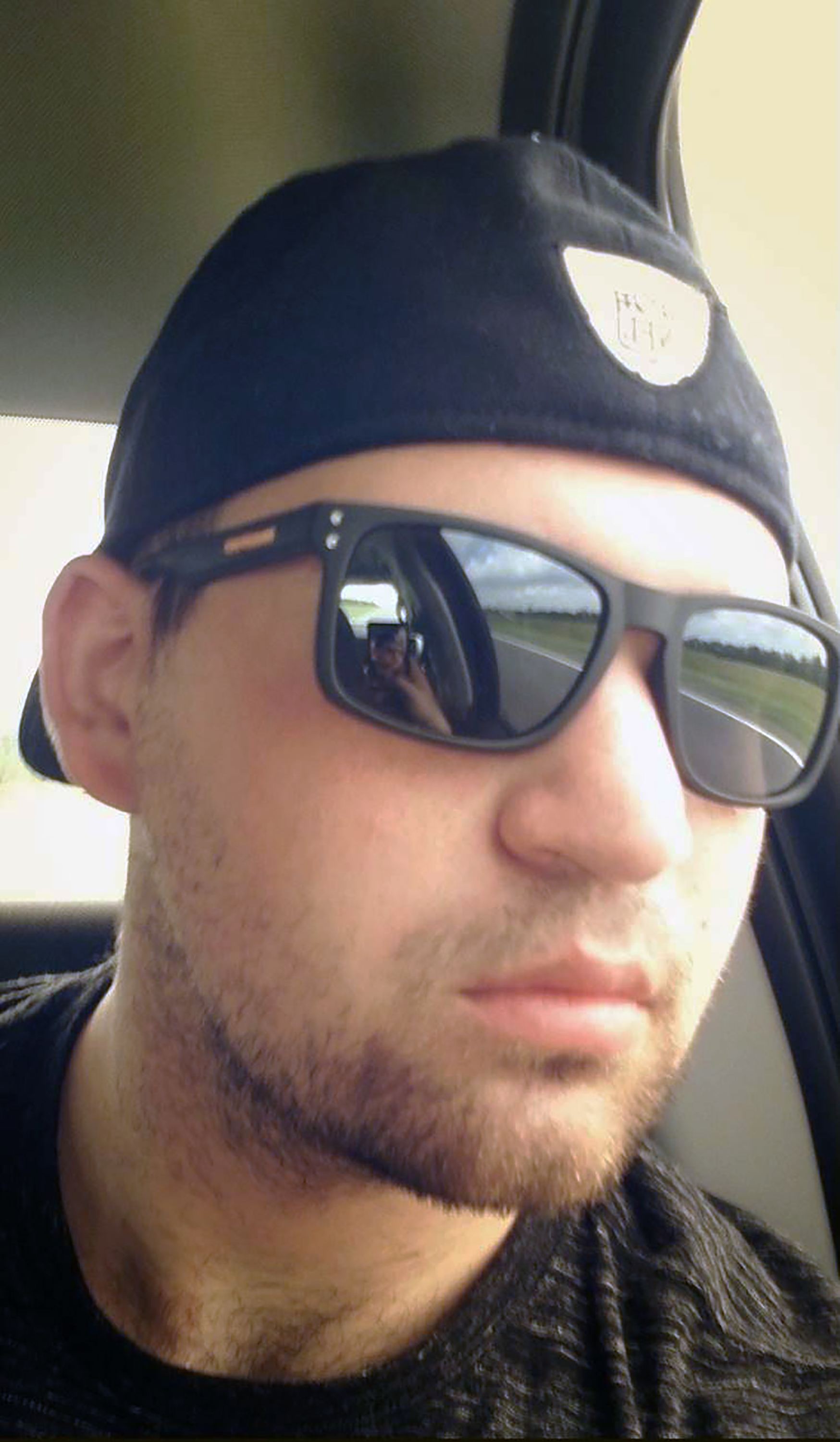 Jordan Brown was 11 years old when he was arrested in the 2009 for the killing of 26-year-old Kenzie Houk and her unborn child.

He was almost 21 when Pennsylvania's highest court said prosecutors had not presented enough evidence to support a conviction.

But in the complaint filed in federal district court Wednesday, Mr Brown and his attorneys say state police investigators manipulated interviews, evidence and procedures to push the narrative that Mr Brown had killed his soon-to-be stepmom.

"Not only did the individual defendants in this case fail all of us, the institution of policing failed us as well," Alec Wright, an attorney with the O'Brien Law firm in Pittsburgh who represents Mr Brown, wrote in an emailed statement.

"We must demand to know how the Pennsylvania State Police could establish policies that would allow this tragedy to occur, and, even more to the point, encourage the occurrence of tragedies like this one."

Mr Wright described an 11-year-old Mr Brown sitting on a bench waiting to be placed in a jail cell with the sleeves and legs of his adult prison jumpsuit rolled up at the ankles and wrists to fit, swinging his feet because they didn't touch the ground.

READ:  Carjacker steals car with toddler inside from pregnant woman 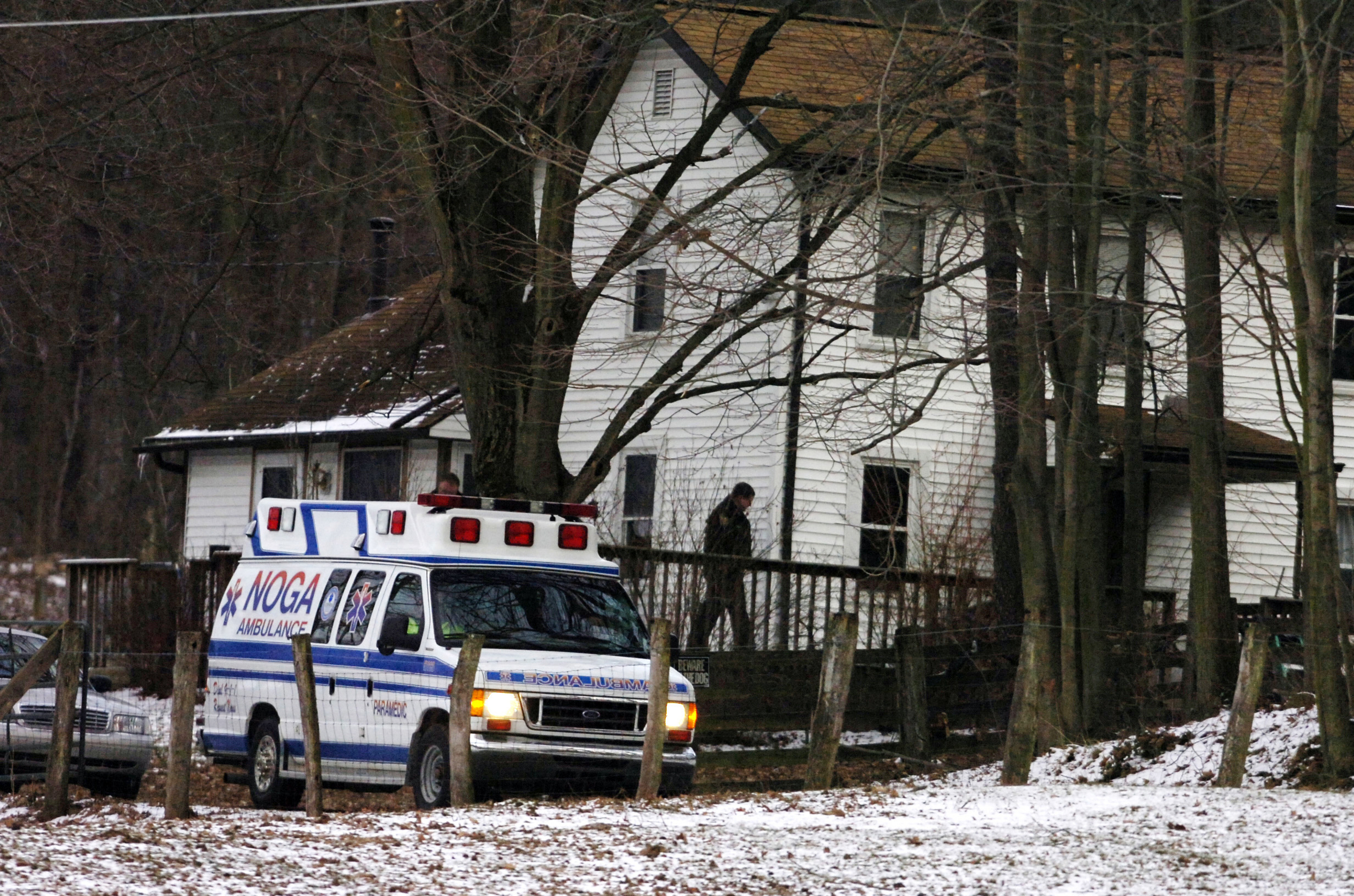 "Pay for the crime that you did," Deborah Houk said in a phone interview.

"They never said he wasn't guilty. They were saying there wasn't enough evidence. But as far as his guiltiness, I know he is. I'm 200 per cent sure. No question."

Justices said in their 2018 decision that prosecutors presented largely circumstantial and insufficient evidence, saying among other things in trial testimony that a 20-gauge shotgun in Mr Brown's bedroom was the murder weapon actually "supported an equally reasonable conclusion" that it was not used in the murder.

They noted there was no eyewitness, no DNA or fingerprint evidence and no blood or biological material on Mr Brown's clothing.

Mr Wright says more than that, the evidence investigators gave to prosecutors was improperly gathered, mischaracterised or fabricated to support a theory that the then 11-year-old had committed the murder — something he would have had to do and clean up without missing anything in the space of about 120 seconds.

Mr Brown, now nearly 23, said this week he hopes the lawsuit will be the definitive finding of his innocence as well as providing some compensation for his father, Chris Brown, who paid child support, taxes, lawyers' fees and expenses to travel more than 160 kilometres every day to see him while he was incarcerated.

"I feel if we win the lawsuit it'll shed a light of (my) innocence on people that they can't really ignore," Mr Brown said, noting that even after he was exonerated, people still expressed mixed feelings about his innocence, which he's maintained since he was 11.

READ:  Child among people killed by raging US wildfires

"You don't just win a lawsuit over injustice for no reason."

Ms Houk was found lying in bed in a pool of blood with a shotgun blast to the back of her head, according to court papers.

Mr Brown was tried as a juvenile after his lawyers fought a judge's original decision to try him as an adult. 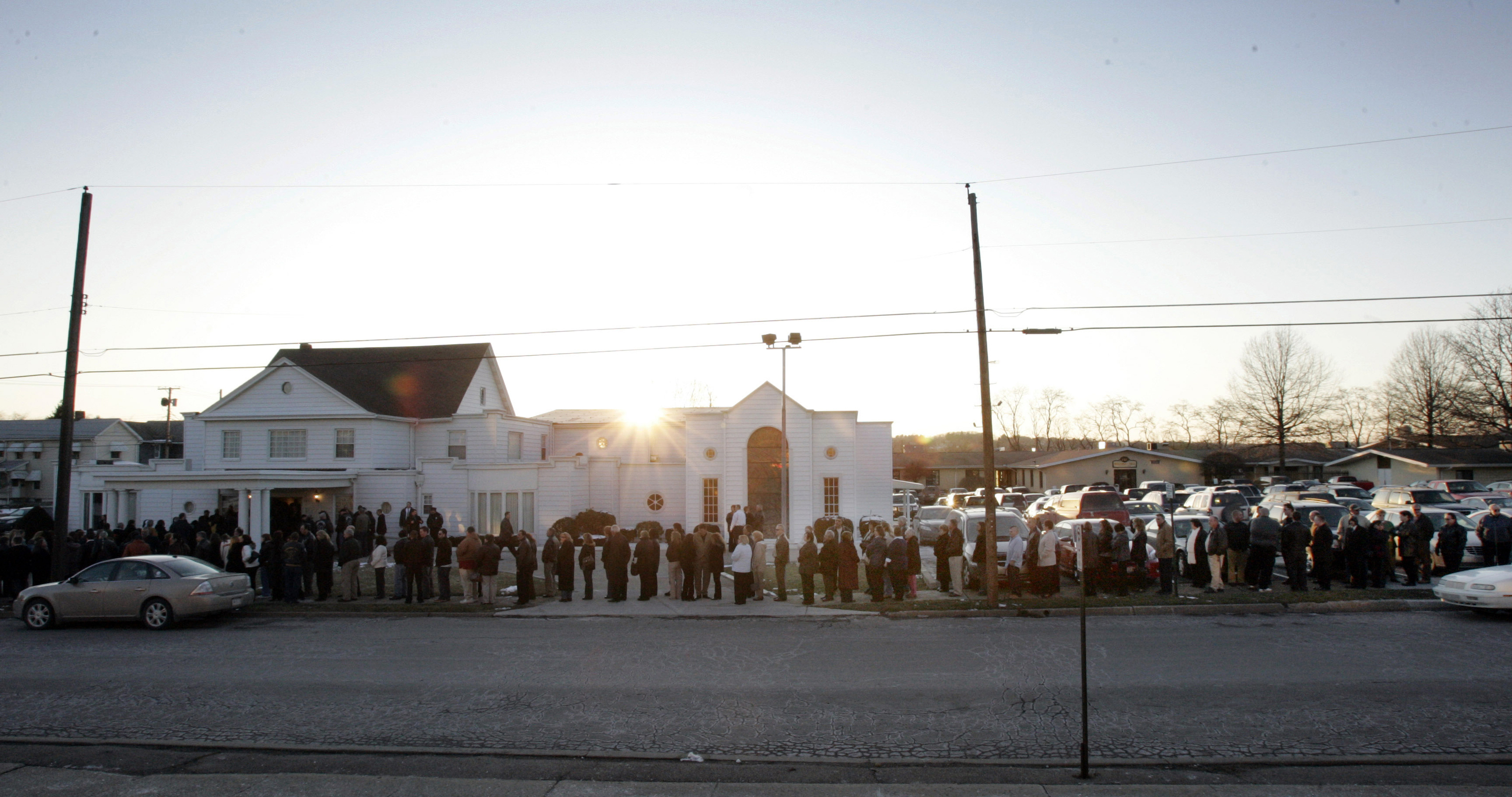 Mr Wright alleges in the lawsuit that investigators failed to follow protocols for interviewing children when they talked to Ms Houk's two young daughters and when they interviewed Mr Brown.

Department policy says they should have recorded the first interview, not allowed multiple adults in the room, not talked about the case in front of the children and relied on the first interview as the most reliable if additional interviews were absolutely necessary.

In her first interview, the girl said she did not hear or see anything unusual, according to the lawsuit.

In a later interview, after investigators told her grandparents they believed Mr Brown killed Ms Houk, the girl said she saw him with guns that morning and heard a bang.

In another allegation, the lawsuit provides a transcript of an interview with a former girlfriend of Mr Brown's father, a woman who said at least twice that she was "absolutely not" afraid of Jordan Brown.

The summary of that interview provided by troopers is changed to claim the woman didn't want her interview used against the boy because she was scared of him.

It was one of a half dozen incorrect characterisations in the summary that were not in the transcript, Mr Wright said. 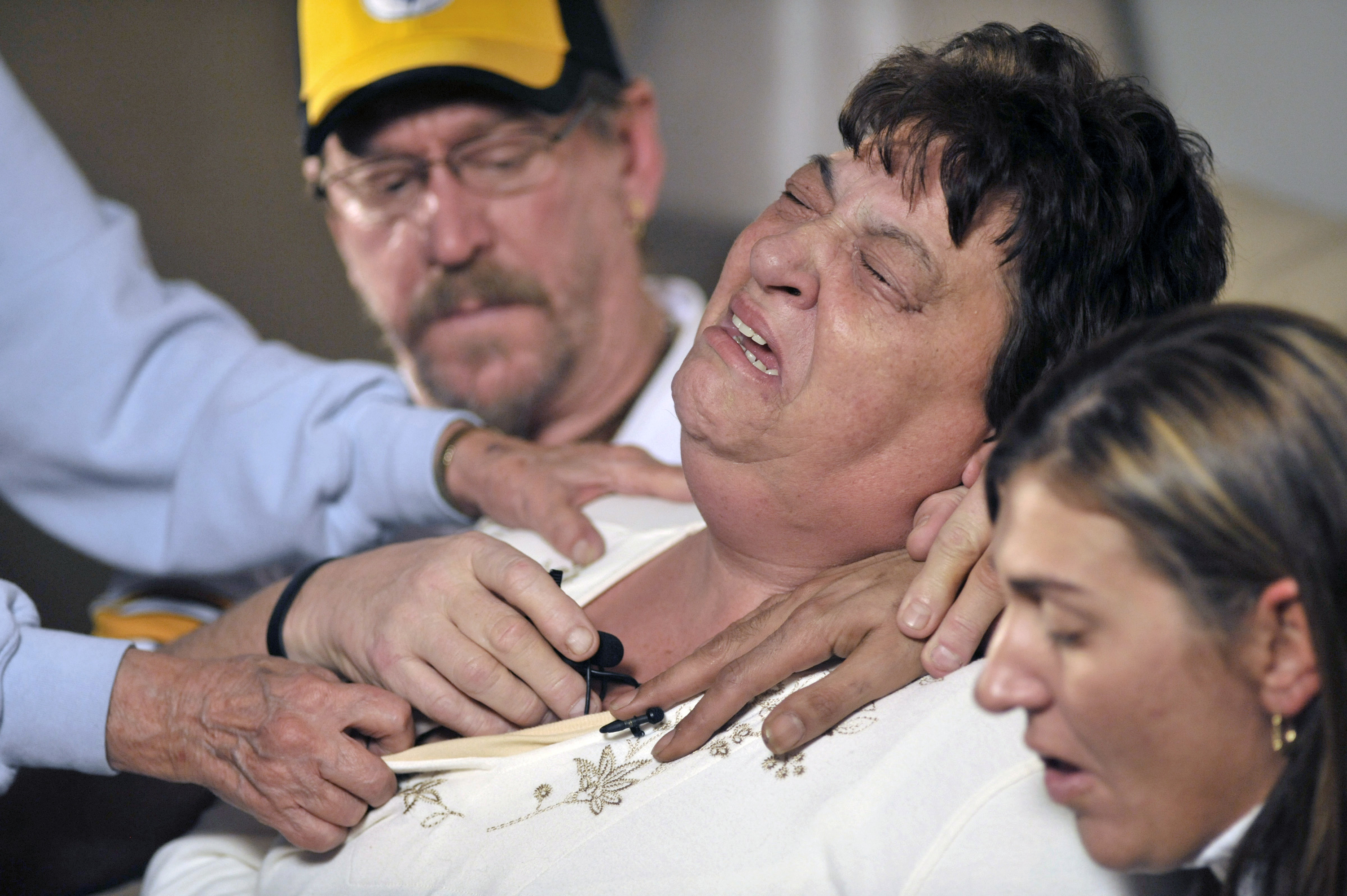 The lawsuit also alleges that troopers failed to completely and properly investigate Ms Houk's ex-boyfriend who had threatened her and her family previously, had recently moved to the same area as her and had found out he was not the father of her youngest daughter.

Mr Wright says in the lawsuit that state police investigators failed to include any exculpatory evidence that indicated someone else could have committed the murders in their affidavit to charge Mr Brown although he said plenty existed.

Mr Brown said this week from his western Pennsylvania home that he is studying computer science at a college in Ohio, but taking criminal justice classes with the idea that he might go to law school and pursue a career as a civil rights attorney.

"What happened to me is so horrible, even though when I was young I would say I didn't understand what was happening ... I look back and see all the blatant injustices, and that angers me," he said.

"Part of me wants to get into a line of work to help kids ... or just people in general ... to prevent the injustices before they happen or at least after they happen, trying to correct them."