After three-and-a-half years living inside a US church to avoid deportation, Honduran immigrant Alex Garcia finally stepped outside this week.

This was following a promise from President Joe Biden's administration to let him be.

Mr Garcia, a married father of five, was slated for removal from the US in 2017, the first year of Donald Trump's administration. 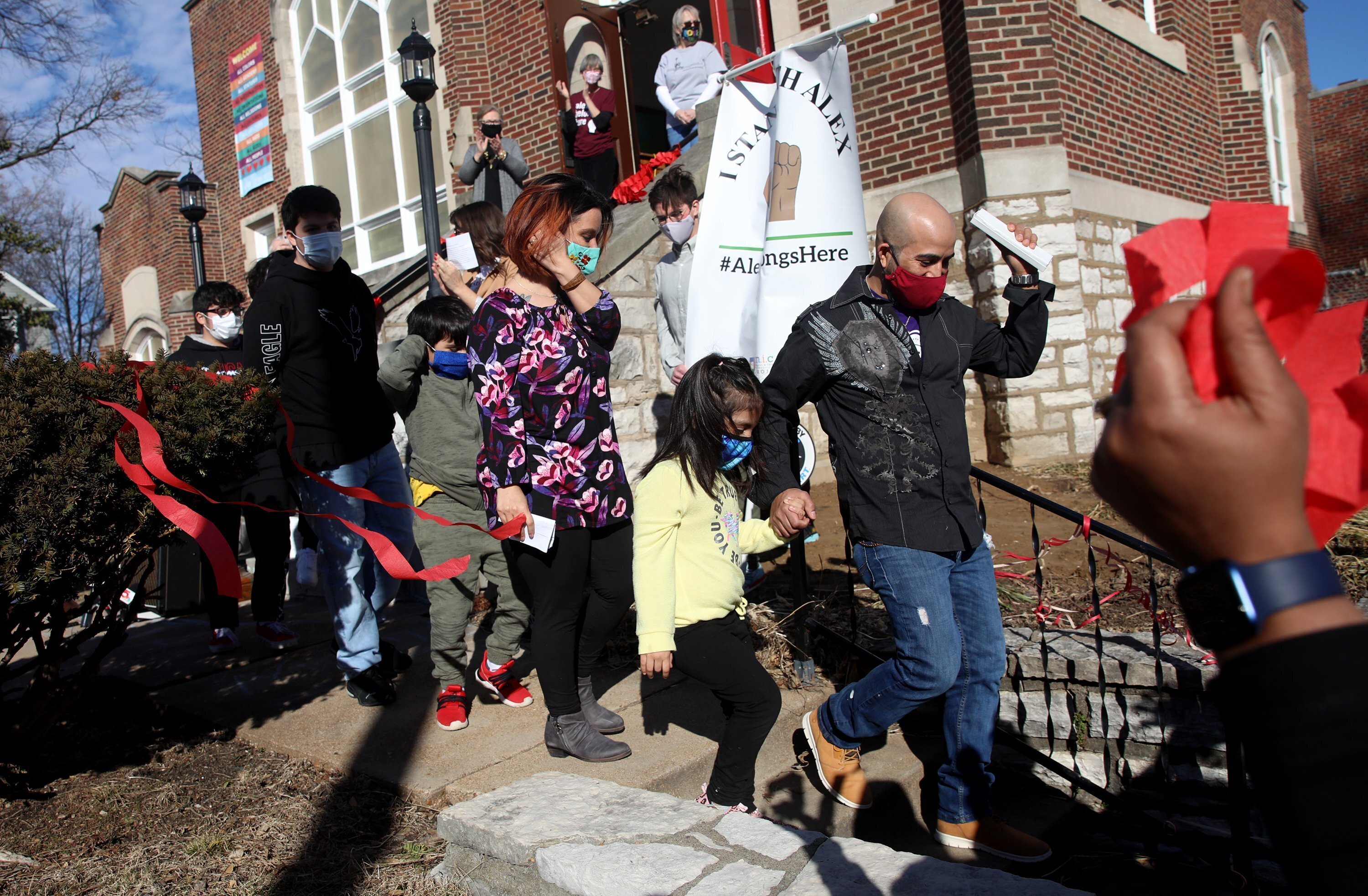 Days before he would have been deported, Christ Church United Church of Christ in the St Louis, Missouri suburb of Maplewood offered sanctuary.

Sara John of the St Louis Inter-Faith Committee on Latin America said Mr Garcia's decision to leave the church came after immigration and customs enforcement declared that he was no longer a deportation priority and that the agency would not pursue his detention or removal. 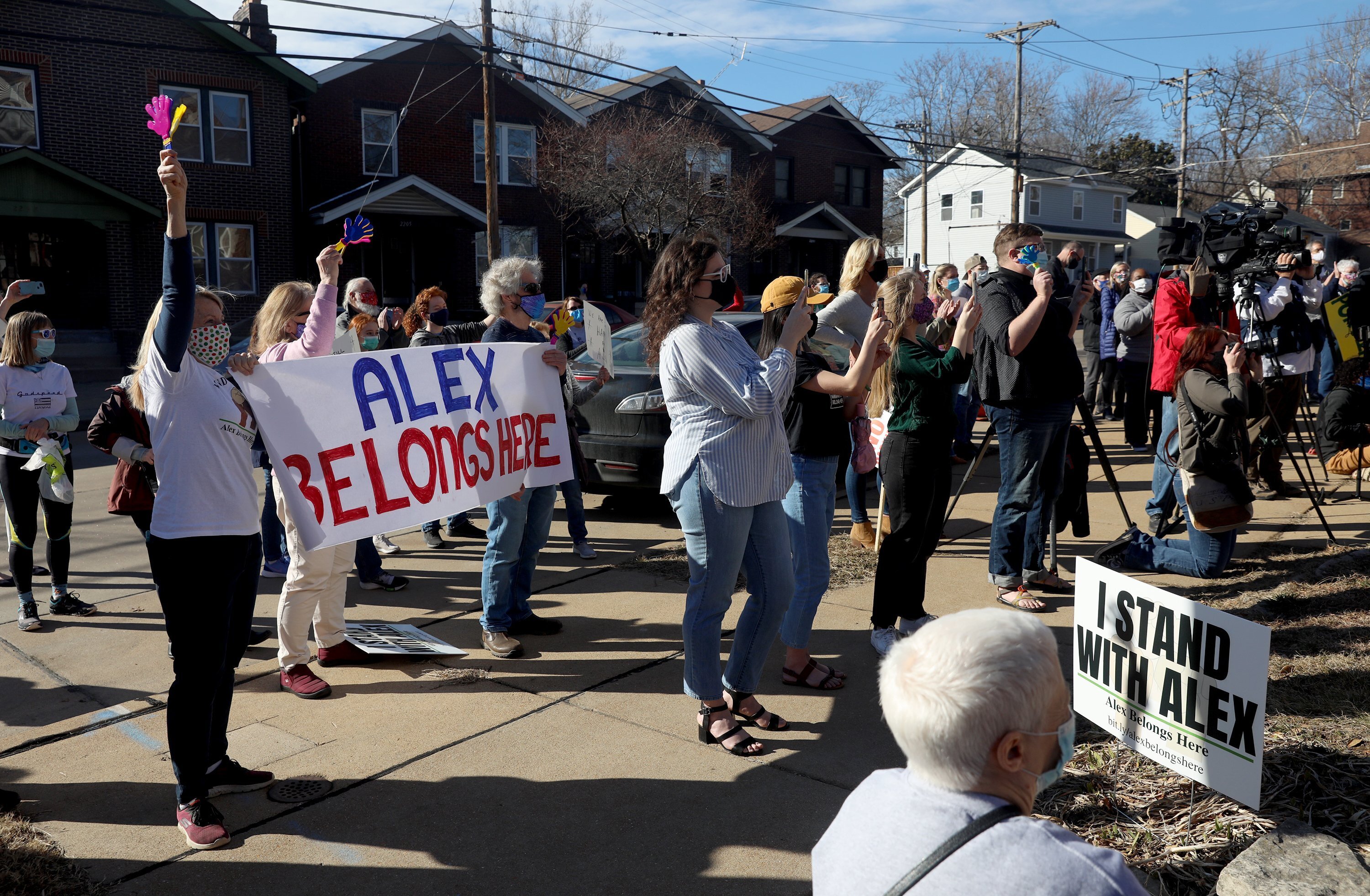 Mr Garcia, braced by a hand on his shoulder from a son and fighting back tears, told a cheering crowd of about 100 people that he was separated from living with his family for 1252 days.

"Thank you everyone for showing support for me and my family.

"Today is the day I'm going to get out of sanctuary after three years and a half."

"We are not done yet," Mr Garcia said, reading from a written statement.

"There is still so much work that has to be done," he added, nothing that he will be fighting for "permanent protection".

In his first weeks as president, Mr Biden has signed several executive orders on immigration issues that undo his predecessor's policies, though several Republican members of Congress are pushing legal challenges.

Myrna Orozco, organising coordinator at Church World Service said 33 immigrants remain inside churches across the US and that number should continue to drop.

"We expect it to change in the next couple of weeks as we get more clarity from ICE or (immigrants) get a decision on their cases," Ms Orozco said.

Others who have emerged from sanctuary since Biden took office include Jose Chicas, a 55-year-old El Salvador native, who left a church-owned house in Durham, North Carolina, on January 22.

Saheeda Nadeem, a 65-year-old from Pakistan, left a Kalamazoo, Michigan, church this month. 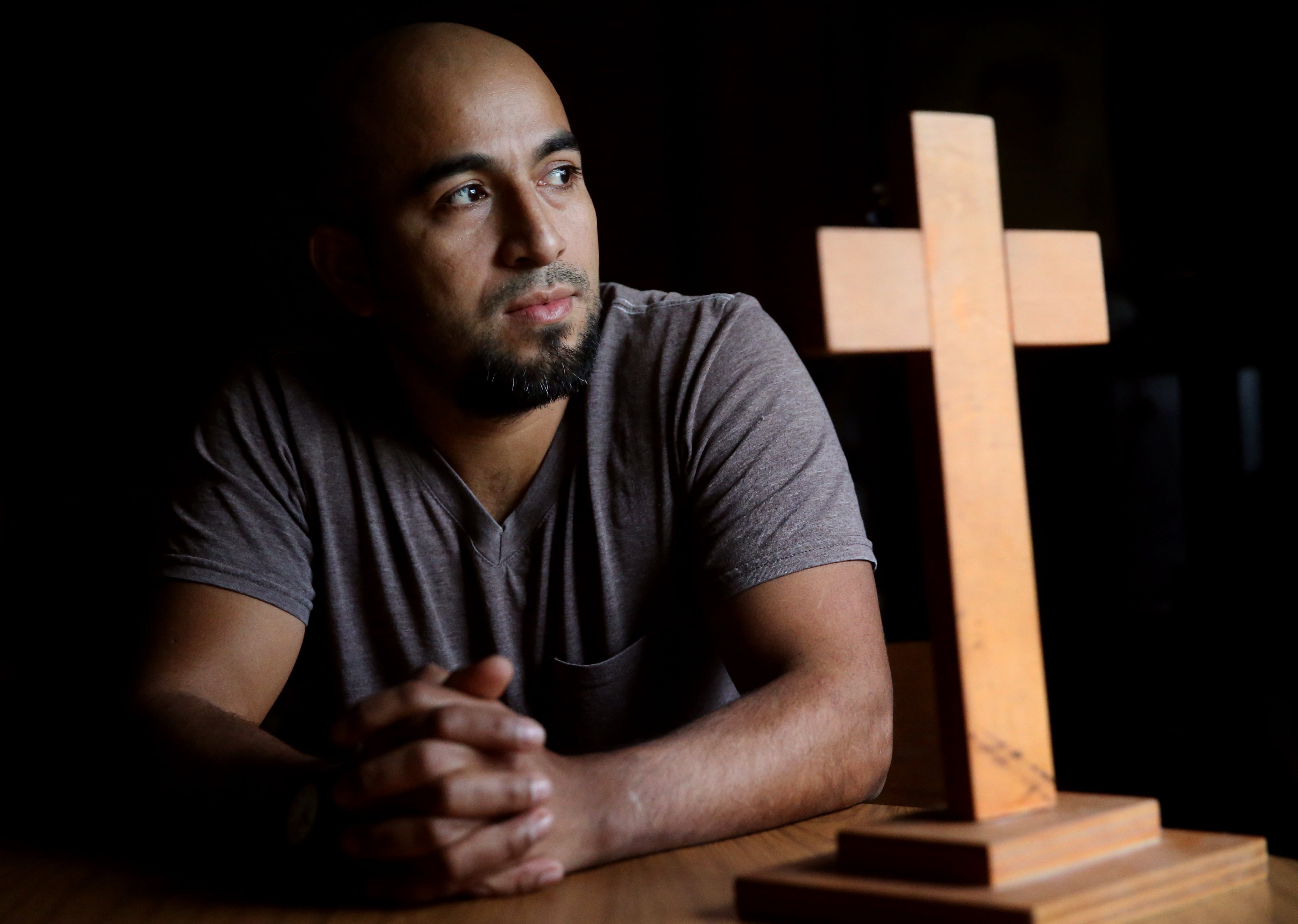 Edith Espinal, a native of Mexico, left an Ohio church after more than three years.

In Maplewood, emotion spilled out during a brief ceremony marking Garcia's departure. The church's bell tolled.

Mayor Barry Greenberg's voice broke as he told Mr Garcia he couldn't grant him US citizenship, but he could make him an honorary citizen of Maplewood.

He presented a key to the city that Mr Garcia's young daughter immediately took out of the box to play with.

"Oh God, we want to burst into song!" Pastor Becky Turner said during a prayer, but noting that prayer "isn't enough. We have to do the work that we pray for". 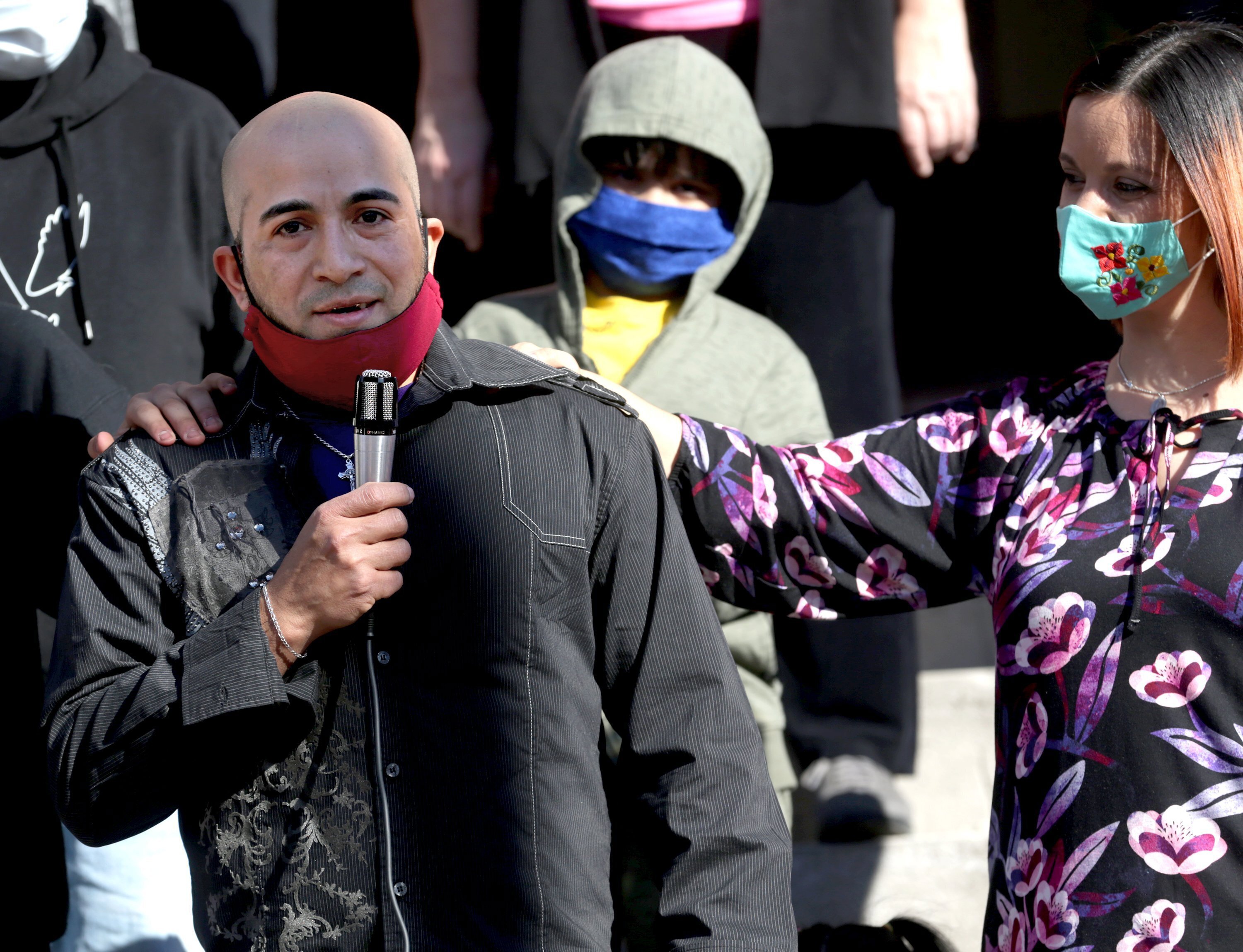 Ms Bush said yesterday that she will still push the bill forward.

"ICE has promised not to deport Alex, and we will stop at nothing to ensure that they keep their promise," Ms Bush said in a statement.

Mr Garcia fled extreme poverty and violence in Honduras, his advocates have said.

After entering the US in 2004, he hopped a train that he thought was headed for Houston, but instead ended up in Poplar Bluff, Missouri, a town of about 17,000 residents in the southeastern corner of the state.

He landed a job and met his wife, Carly, a US citizen, and for more than a decade they lived quietly with their blended family.

In 2015, Mr Garcia accompanied his sister to an immigration office for a check-in in Kansas City, Missouri, where officials realised Mr Garcia was in the country illegally.