The US Justice Department has sued Texas over a new state law that bans most abortions, arguing that it was enacted “in open defiance of the Constitution.”

The US Justice Department has sued Texas over a new state law that bans most abortions, arguing that it was enacted “in open defiance of the Constitution."

The lawsuit, filed in federal court in Texas, asks a federal judge to declare that the law is invalid, “to enjoin its enforcement, and to protect the rights that Texas has violated.”

READ MORE: Scores of Westerners fly out of Kabul in Afghanistan breakthrough 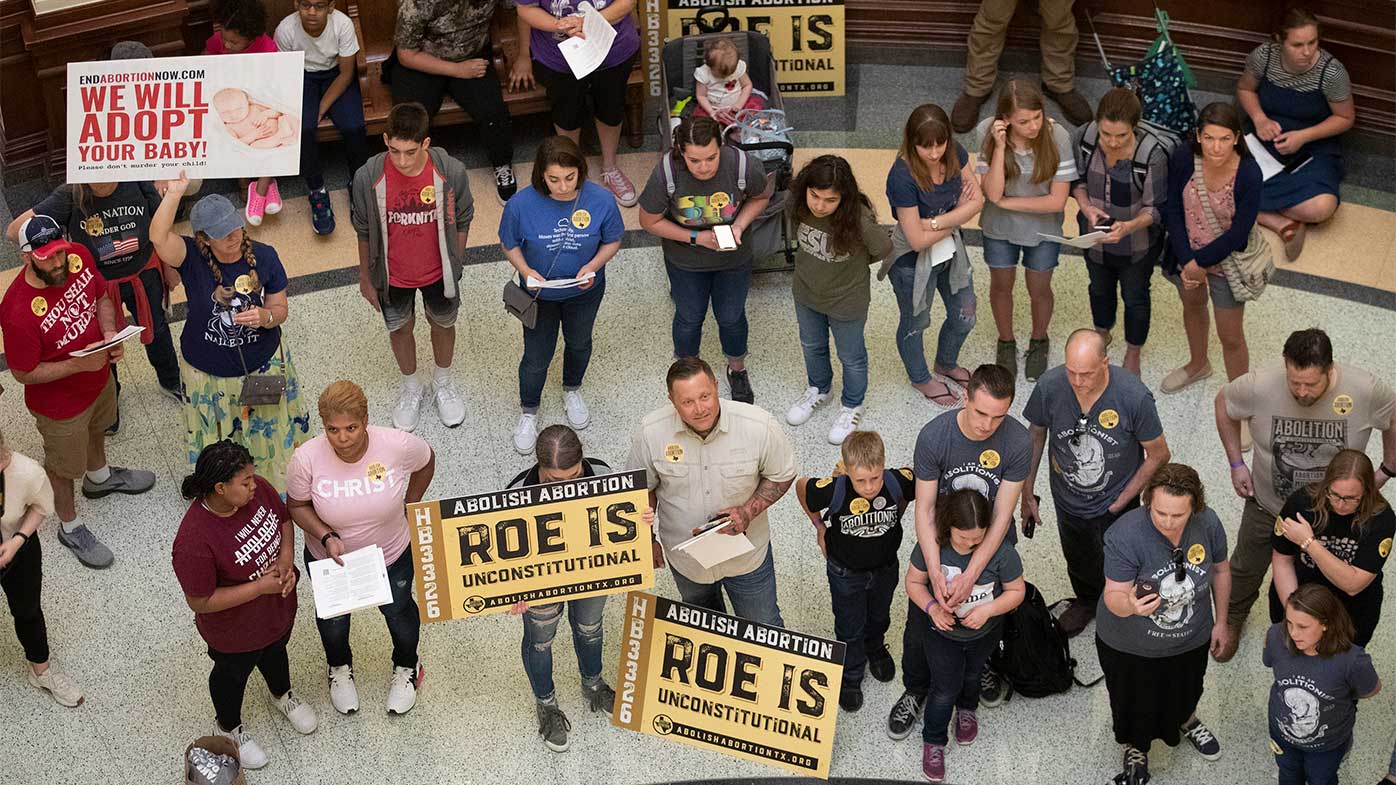 The Justice Department argues the law unlawfully infringes on the constitutional rights of women and violates the Supremacy Clause of the Constitution, which says federal law supersedes state law. Federal officials are also concerned other states could enact similar laws that would “deprive their citizens of their constitutional rights," he said.

“It is settled constitutional law that ‘a State may not prohibit any woman from making the ultimate decision to terminate her pregnancy before viability,” the lawsuit reads.

“But Texas has done just that.”

Courts have blocked other states from imposing similar restrictions, but Texas’ law differs significantly because it leaves enforcement to private citizens through civil lawsuits instead of criminal prosecutors.

Pressure had been mounting on the Justice Department not only from the White House – President Joe Biden has said the law is “almost un-American” – but also from Democrats in Congress, who wanted Mr Garland to take action. Earlier this week, Mr Garland vowed the Justice Department would step in to enforce a federal law known as the Freedom of Access to Clinic Entrances Act.

That law, commonly known as the FACE Act, normally prohibits physically obstructing access to abortion clinics by blocking entrances or threatening to use force to intimidate or interfere with someone. It also prohibits damaging property at abortion clinics and other reproductive health centres.

The lawsuit filed on Thursday seeks an immediate injunction to prohibit enforcing the law in Texas. Under the statute, someone could bring a lawsuit — even if they have no connection to the woman getting an abortion — and could be entitled to at least $14,000 (US$10,000) in damages if they prevail in court. “The statute deputises all private citizens, without any showing of personal connection or injury, to serve as bounty hunters authorized to recover at least $10,000 per claim from individuals who facilitate a woman’s exercise of her constitutional rights,” Mr Garland said.

“The obvious and expressly acknowledged intention of this statutory scheme is to prevent women from exercising their constitutional rights by thwarting judicial review.”

The attorney general also argued the Texas law could expose some federal employees at different agencies across the government to civil liability for doing their jobs.

The Texas law is the nation’s biggest curb to abortion since the Supreme Court affirmed in the landmark 1973 decision Roe v. Wade that women have a constitutional right to an abortion.

Clinics in neighbouring states, meanwhile, have seen a surge in patients from Texas.

Texas Right to Life, the state’s largest anti-abortion group and a driver of the new law, said in anticipation of the lawsuit that they were already working with other states to pass similar measures. 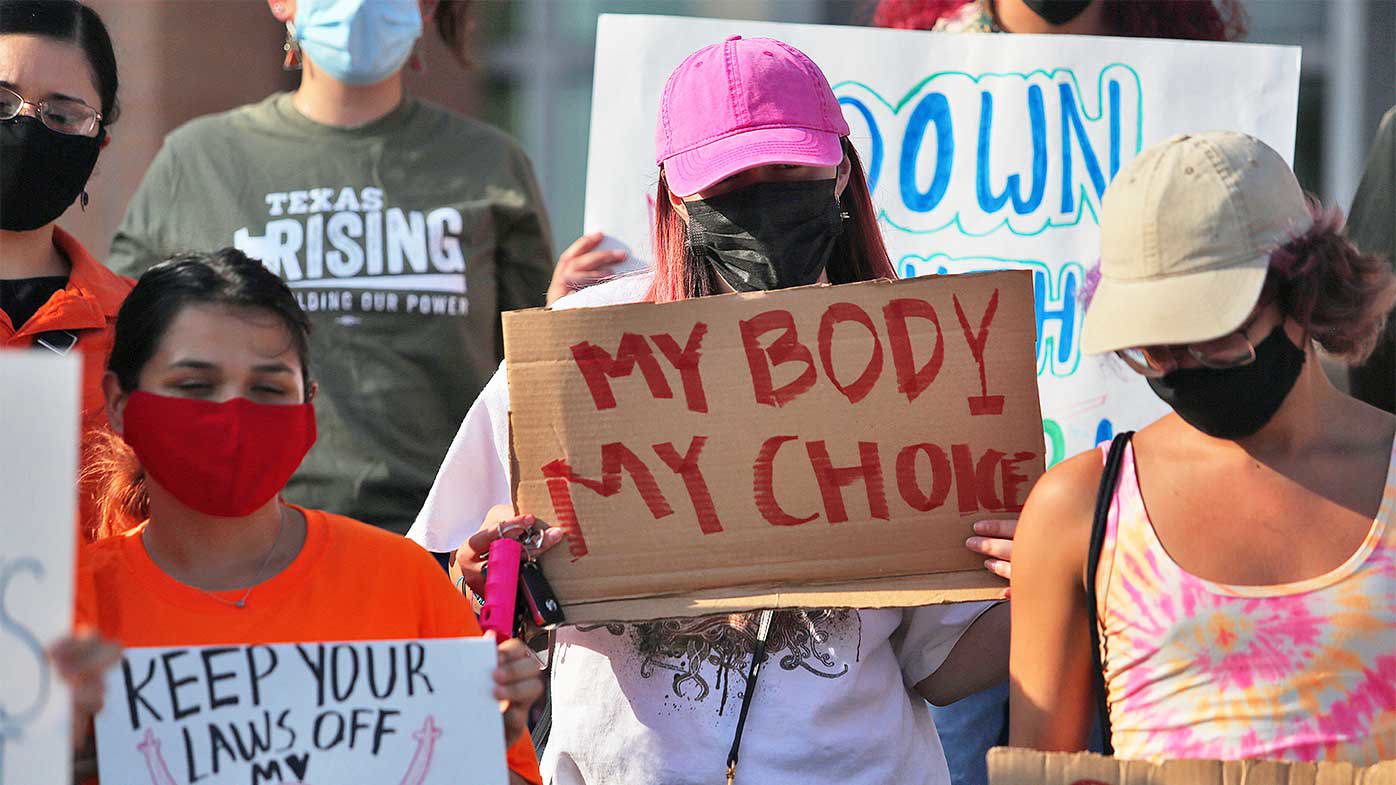 “The Biden administration’s ploy represents a desperate attempt to stop the life-saving law by any means necessary,” the group said in a statement.

Renae Eze, a spokesperson for Texas Governor Greg Abbott, said his office was confident the courts would uphold the law.

“The most precious freedom is life itself. Texas passed a law that ensures that the life of every child with a heartbeat will be spared from the ravages of abortion,” Ms Eze said.

The law provides no exceptions in cases of rape or incest, which Mr Abbott on Tuesday defended by falsely asserting that women still have “at least six weeks” to get an abortion. A woman who has regular periods and is carefully tracking her cycle could know of a positive result no earlier than about four weeks into a pregnancy.

Mr Abbott also said Texas would strive to “eliminate all rapists from the streets.” Recent surveys by the US Department of Justice found that most rapes go unreported to police, including a 2019 survey that found that only about one in three victims reported they were raped or sexually assaulted.

Mexico's Supreme Court rules that abortion 'not a crime'

Mexico's Supreme Court ruled on Tuesday that it is unconstitutional to punish abortion, unanimously annulling several provisions of a law from Coahuila — a state on the Texas border — that had made abortion a criminal act.

READ:  Three people die after car veers off road and slams into tree

The decision will immediately affect only the northern border state, but it establishes a historic precedent and "obligatory criteria for all of the country's judges," compelling them to act the same way in similar cases, said court President Arturo Zaldívar. 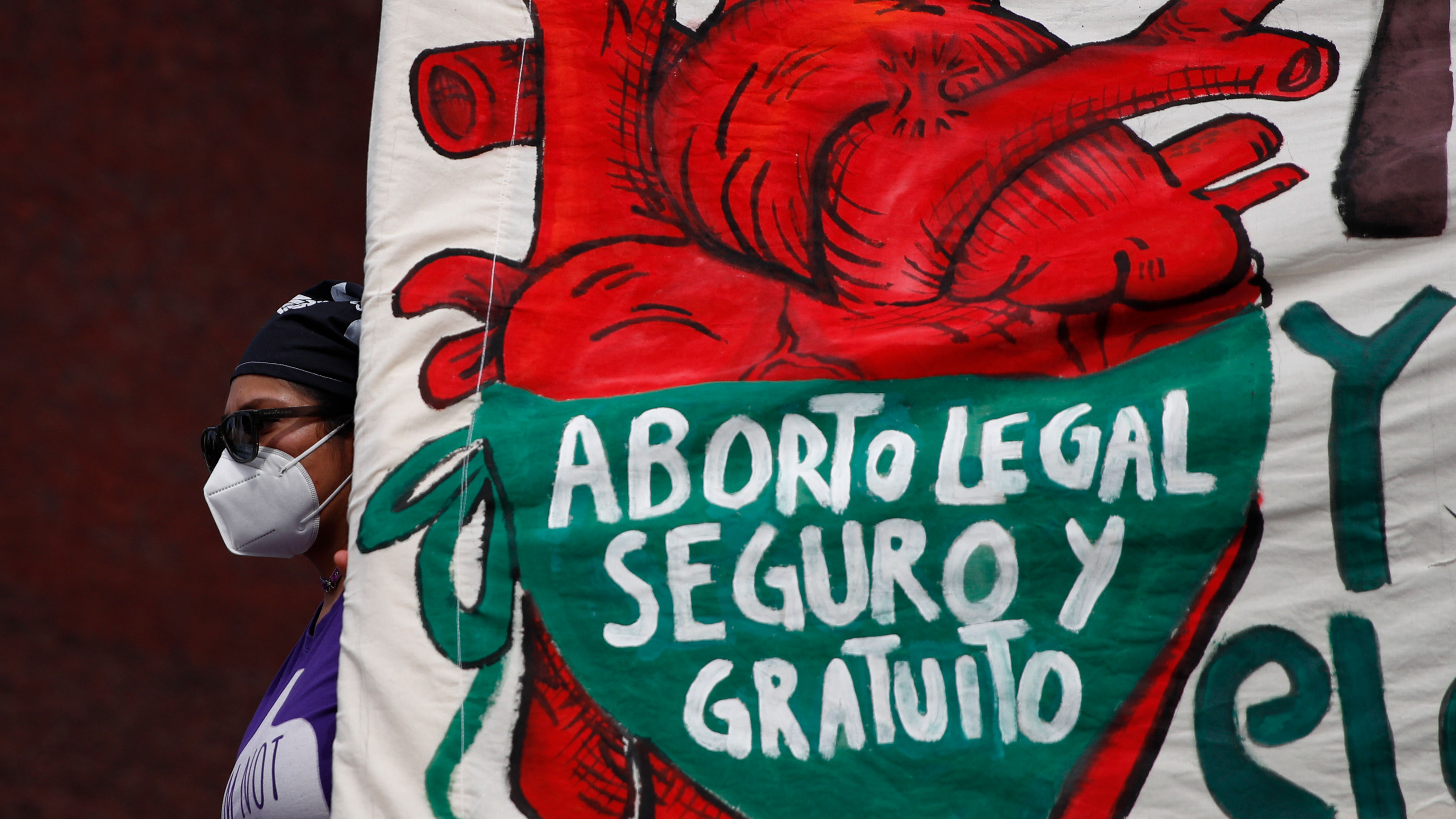 "From now on you will not be able to, without violating the court's criteria and the constitution, charge any woman who aborts under the circumstances this court has ruled as valid."

Those circumstances will be clarified when the decision is published, but everything points to that referring to abortions carried out within the first 12 weeks of a pregnancy, the period allowed in the four states where abortion is already legal.

Lawyer and activist Verónica Cruz, director of the collective "Las Libres," or "The Free," said the decision "tears down barriers" by sending the message that women cannot be charged for abortions.

There are currently no women imprisoned for abortions in Mexico, but there are some 4600 open investigations for it, said Ms Cruz, whose organization freed the last women who had been in prison for it.