More Americans were hospitalised this past week than any other week of the pandemic.

More people travelled through US airports on Sunday than any other day this pandemic, setting the stage for waves of new infections across the country.

At the same time, more Americans were hospitalised this past week than any other week of the pandemic, according to the COVID Tracking Project.

READ MORE: As COVID-19 ravages the US, shootings and killings are also up Doctors say mass holiday travel will lead to even more patients - a huge problem because many hospitals are already beyond capacity.

"It's really frustrating, because if you look at the data over the last 10 days, it actually started to show some signs of light," Dr Jonathan Reiner, professor of medicine at George Washington University, said.

"Places like the Midwest, with a drop in the number of cases. Even in the Northeast. US positivity rate dropped from about 12 per cent down to about 10 per cent.

"Those are really tangible signs of a slowing of the crisis. And now there almost certainly will be another spike."

And unlike previous holidays, the Christmas-New Year combo stretches an entire week.

"We know that after every major holiday, that there was a spike in the number of cases," emergency medicine physician Dr Leana Wen said.

"We saw this after Memorial Day, after Fourth of July, after Labor Day. And those holidays were relatively short in comparison to Christmas and New Year's." 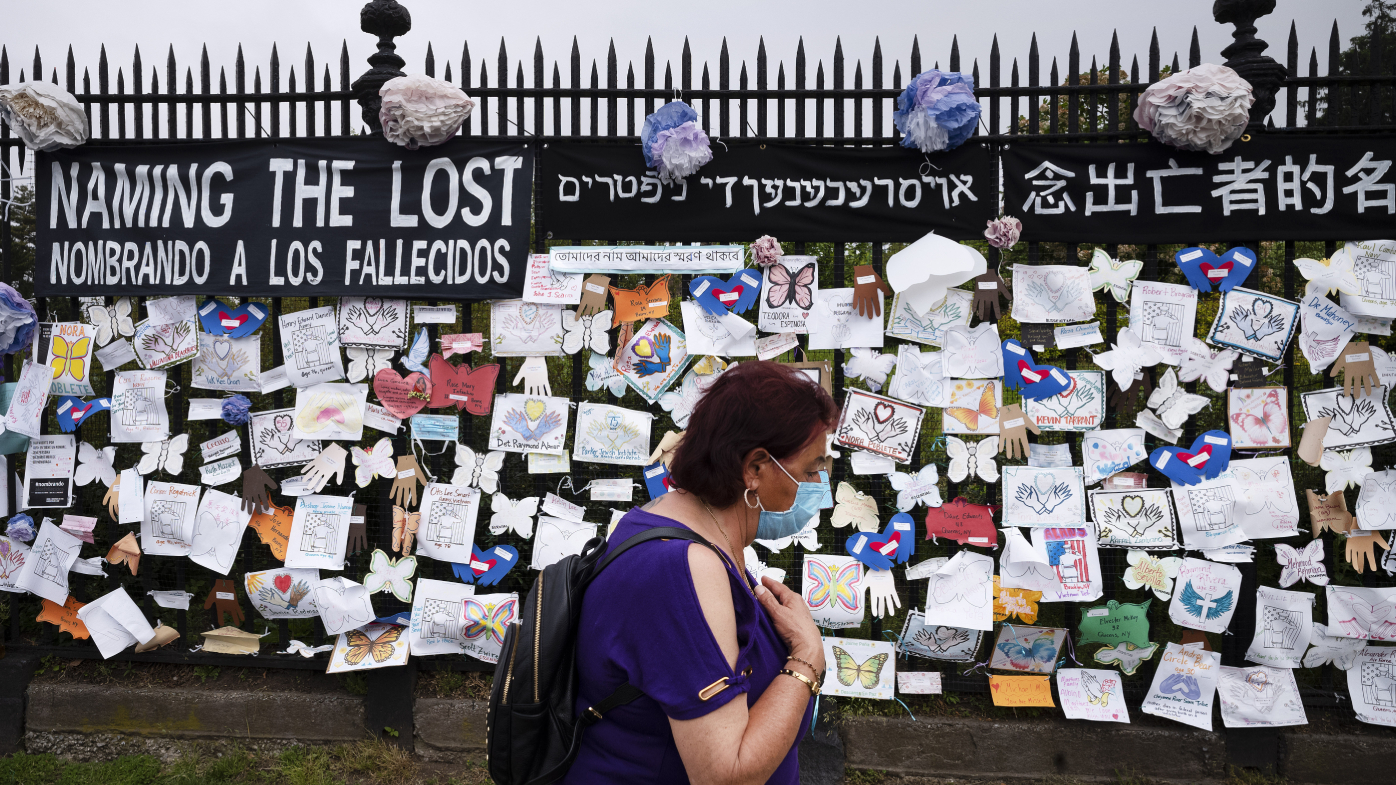 On top of that, the weather is much colder now - meaning more indoor gatherings and increased risk of aerial spread.

COVID-19 patients are taking up more and more ICU beds

ICUs are often associated with heart attacks and car accidents, but a growing number of ICU beds are now occupied by COVID-19 patients.

This past week, about 40 per cent of all ICU patients in the US had COVID-19, according to a CNN analysis of data published Monday by the US Department of Health and Human Services.

More than 63,000 Americans have already died so far this month - the most of any month since the pandemic began, according to Johns Hopkins University.

One hospital in California may soon have to ration the limited number of ICU beds and treatment equipment, meaning some people will get treatment and others won't, infectious disease specialist Dr Kimberly Shriner said. 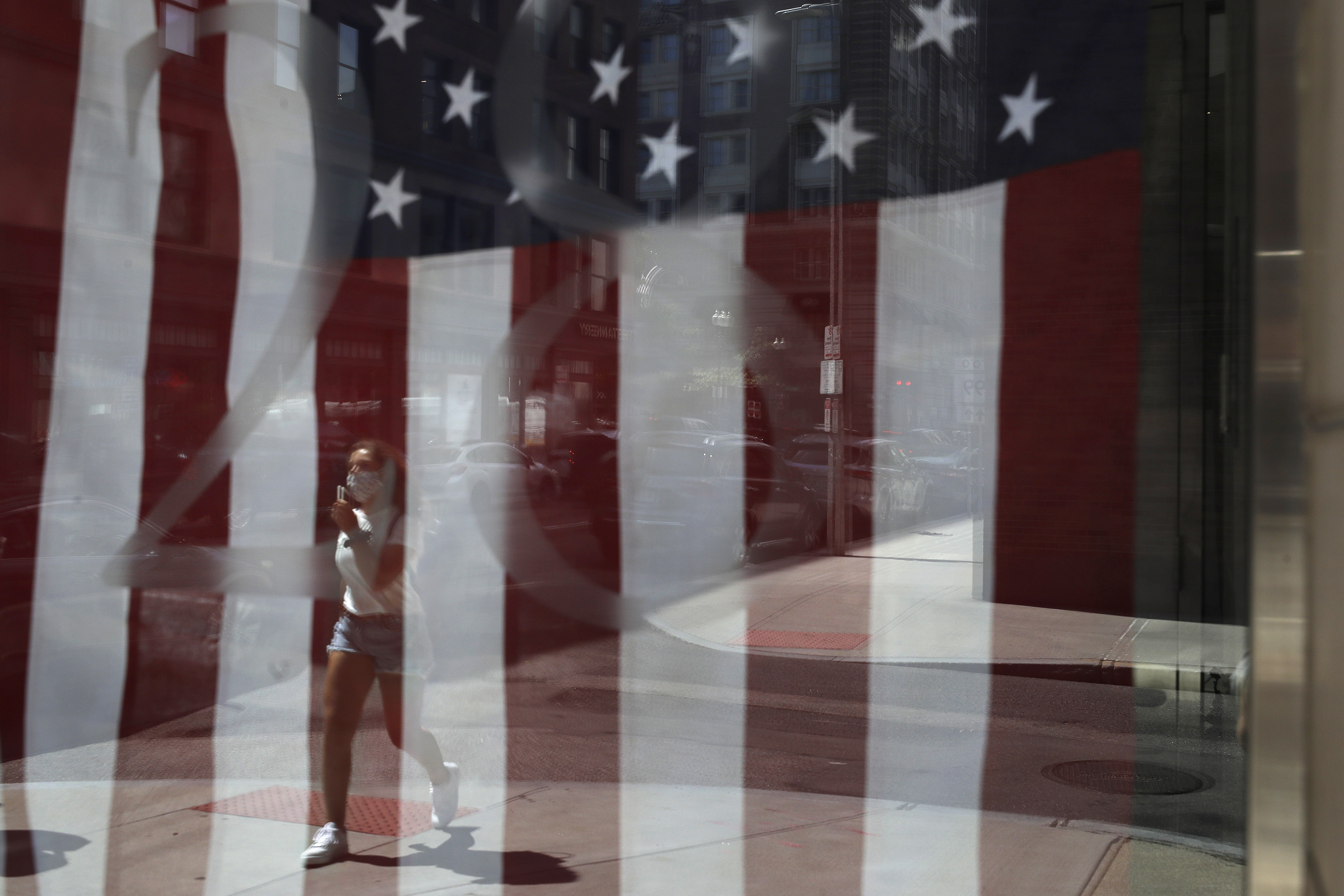 At this rate, Huntington Memorial Hospital in Pasadena is preparing for the "ultimate triage" she said.

And since most Americans can't get vaccinated until well into next year, the US faces a "surge upon a surge" following holiday travel, said Dr Anthony Fauci, director of the National Institutes of Health.

"As we get into the next few weeks," he said, "it might actually get worse."

As more countries detect the highly contagious strain of coronavirus first spotted in the UK, the US Centers for Disease Control and Prevention announced new testing requirements for travelers arriving from the UK.

The new rules go into effect Monday. Passengers must have had a negative PCR or antigen test within 72 hours of boarding a flight from the UK to the US, along with documentation of their lab results. 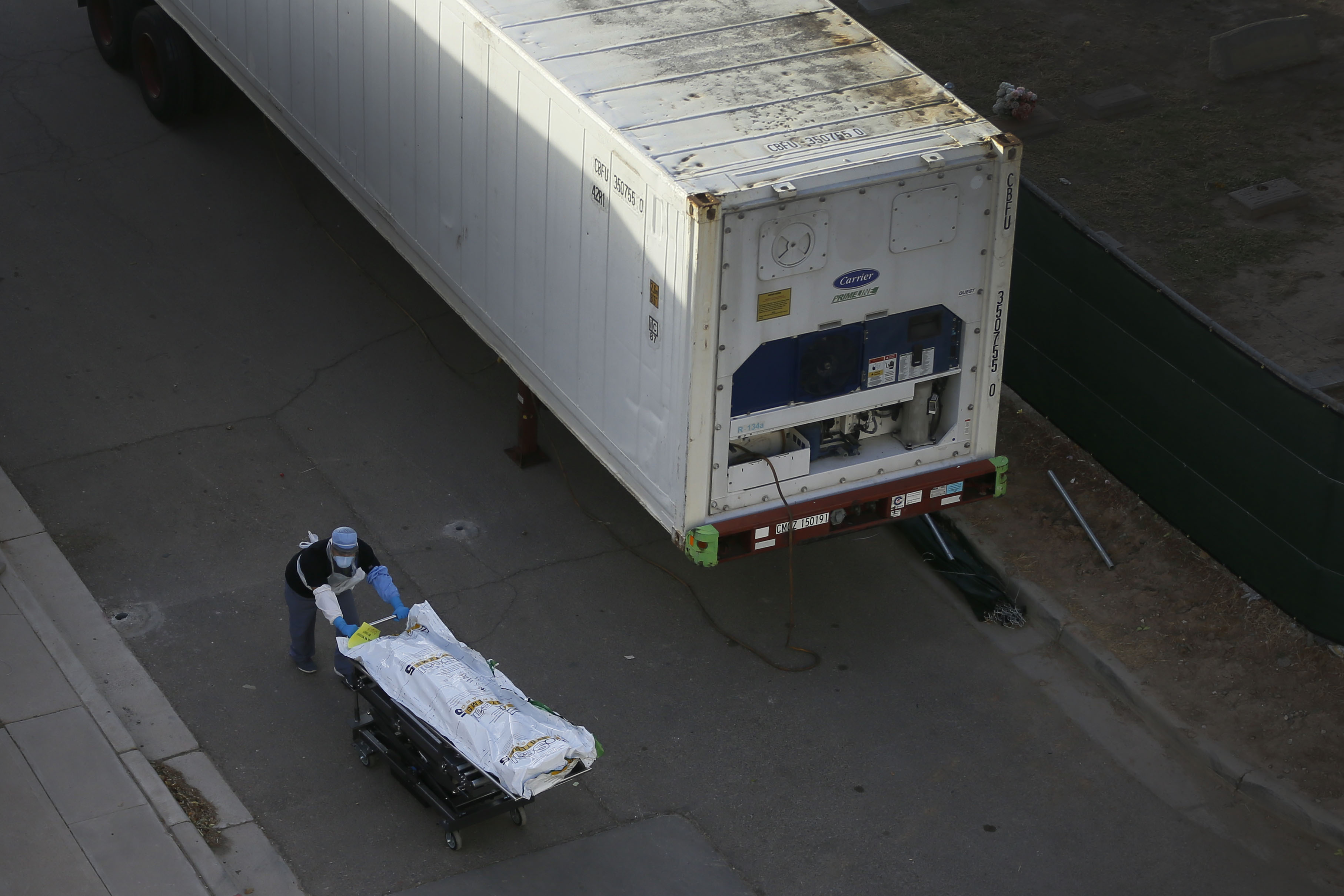 Airlines will be required to confirm the test prior to the flight.

So far, dozens of countries have banned travellers from the UK.

All viruses mutate over time, and the novel coronavirus has mutated before. But scientists advising the UK government estimated this strain could be up to 70 per cent more effective at spreading than others.

The companies behind the first two vaccines to gain emergency authorisation in the US - Pfizer/BioNTech and Moderna - are testing their vaccines to confirm whether they're effective against the new strain.

The vaccine roll out is slower than expected

Those numbers now include both the Pfizer/BioNTech and Moderna COVID-19 vaccines. And while there are lags in data reporting, federal officials had previously said they were working to distribute 20 million doses by the end of the year.

"I'm pretty confident that as we gain more and more momentum, as we transition from December to January and then February to March, I believe we will catch up with the projection," he said.

"At every step, there's complexity and there's possibility for delay, whether it's individual state planning, allocation, training, supply of vaccine, storage ... there (are) just so many factors at this stage," Dr Choo said.

"We need to be prepared for the fact that it is going to be a slow roll out in many places and that it will not change our behaviours or necessarily the trajectory of the pandemic in this country in the short term," Dr Choo said. 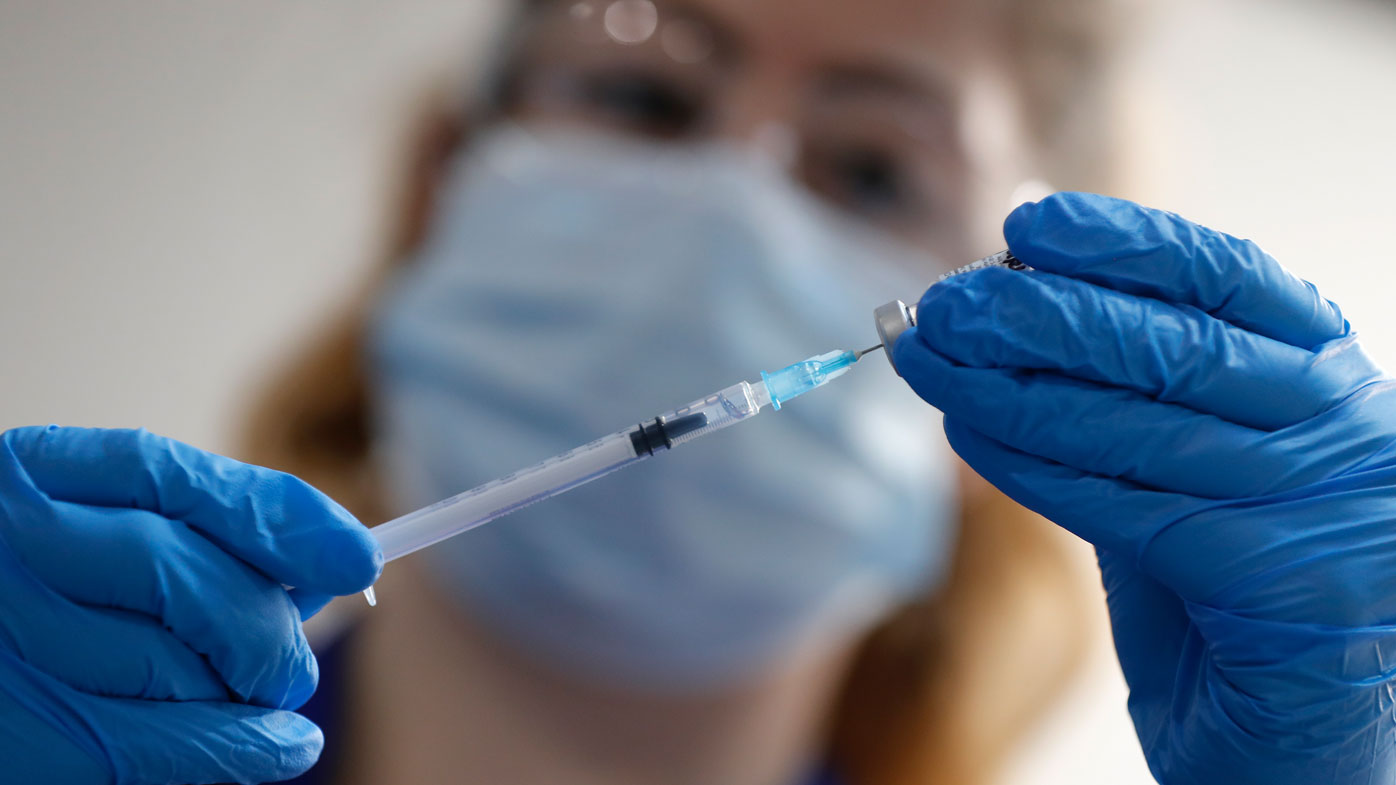 With vaccines likely not widely available until the summer, experts have urged Americans not to let their guard down. That means continuing to wear masks, washing hands frequently, and social distancing.

Why herd immunity is a moving target

For the US to achieve herd immunity through vaccination, 70 per cent to 85 per cent of the population would need to get vaccinated to it, Dr Fauci said.

"The range is going to be somewhere between 70 and 85 per cent," he said Sunday.

He said the reason he initially said 70 per cent to 75 per cent and then increased the high-end to 85 per cent "was really based on calculations and pure extrapolations from measles."

"We have to realise that we have to be humble and realise what we don't know," he said. "These are pure estimates and the calculations that I made, 70 to 75 per cent, it's a range." 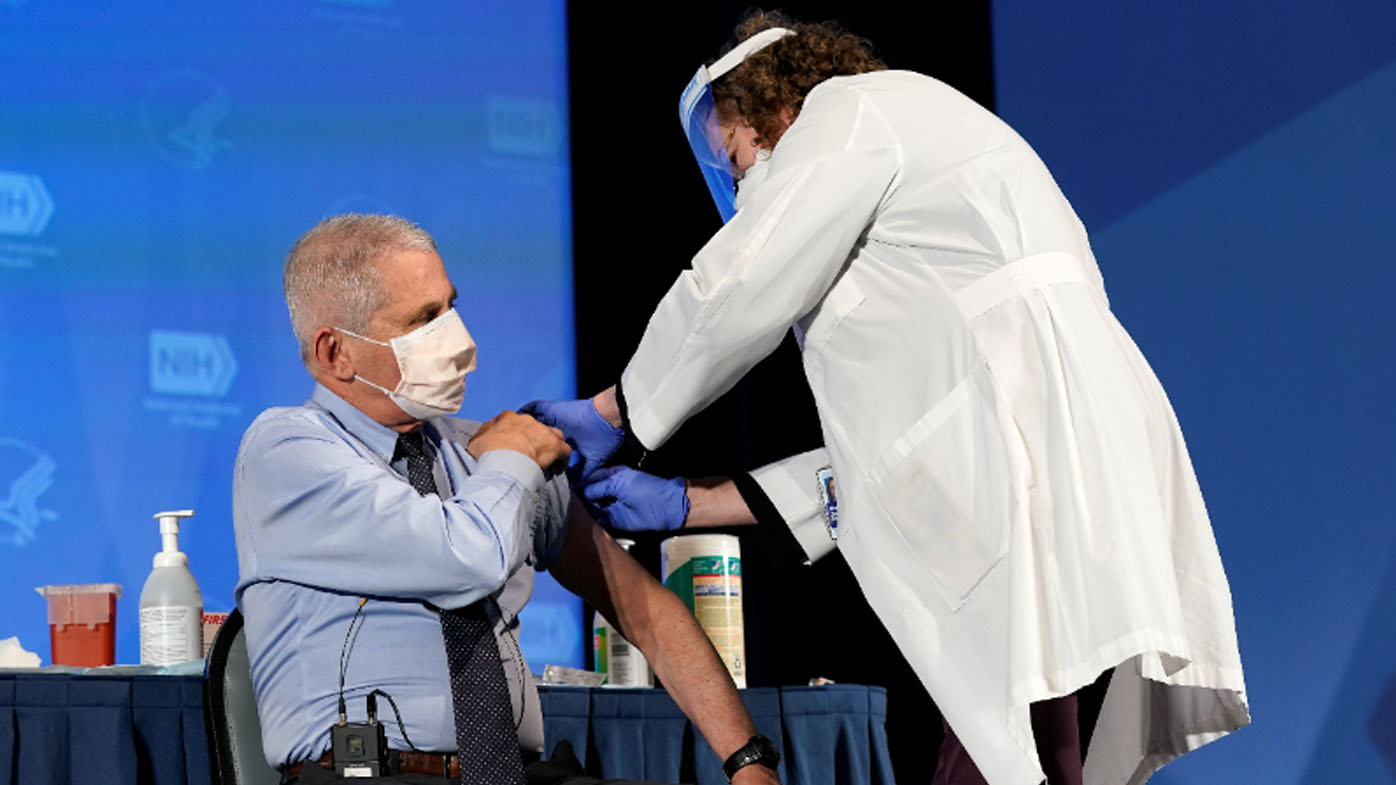 The measles vaccine is about 98 per cent effective, Dr Fauci said. When less than 90 per cent of the population is vaccinated against measles, there starts to be a breakthrough against herd immunity, and people start to get infected.

"So I made a calculation that COVID-19, SARS-CoV-2, is not as nearly as transmissible as measles," Dr Fauci said.

"Measles is the most transmissible infection you can imagine. So I would imagine that you would need something a little bit less than the 90 per cent, that's where I got to the 85."