After a week of dauntingly high numbers in all parameters of the pandemic, the United States has reached another sobering mark: its highest number of new daily COVID-19 cases since the virus entered the country.

After a week of dauntingly high numbers in all parameters of the pandemic, the United States has reached another sobering mark: its highest number of new daily COVID-19 cases since the virus entered the country.

The autumn resurgence has brought regular records in cases, people hospitalised and daily deaths - and experts are encouraging measures to mitigate the spread as they warn that the numbers may continue to climb in coming weeks. 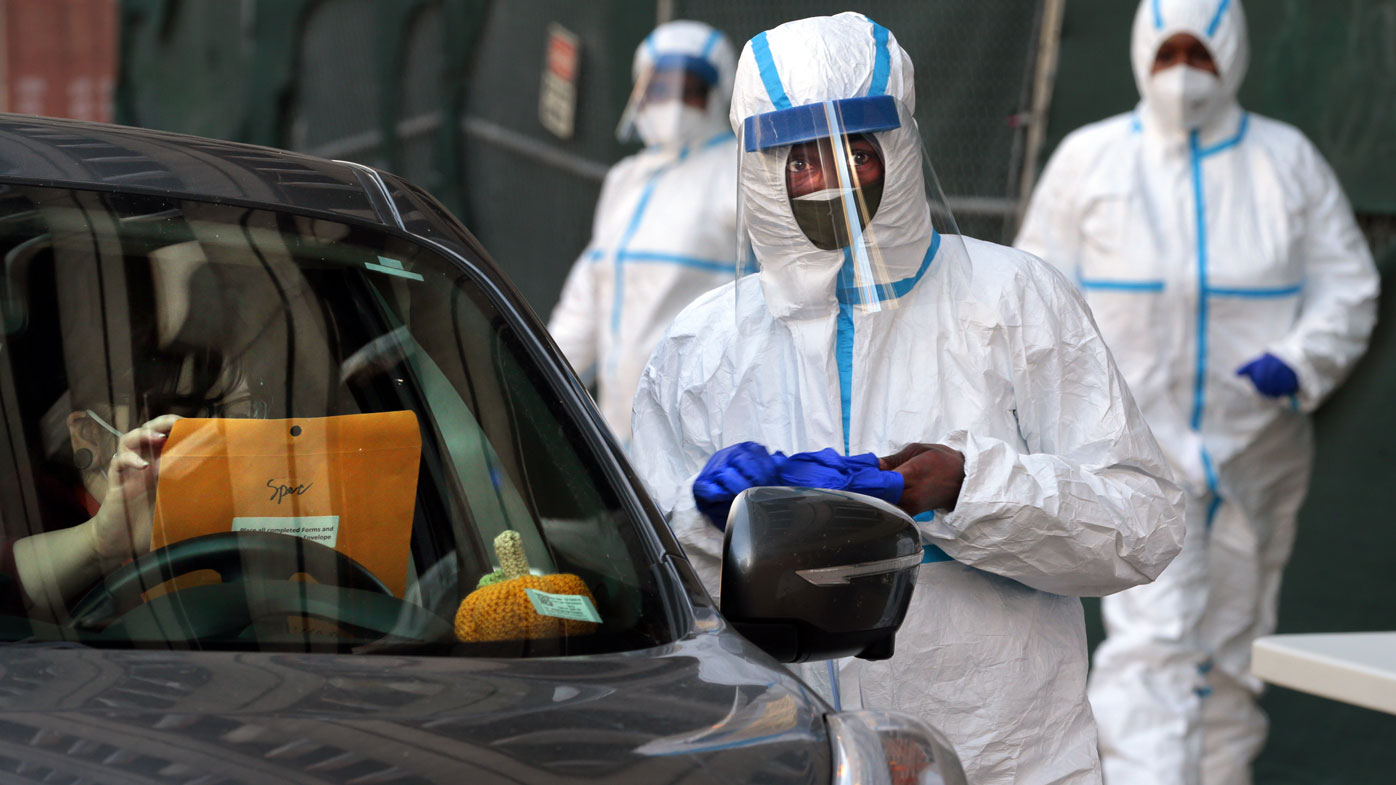 The virus can be dealt with by targeting mitigation state by state, he said, but the US is not doing that currently, and the lack of intervention could build up for the future, spelling trouble for December and January, he said.

"It's not just the cases; it's the hospitalisations as well. That's really the number to watch: 53,000 people hospitalised, 10,500 people in ICUs. That's a lot, and it's growing very quickly."

Sixteen states reported record high Covid-19 hospitalisations Friday, according to the COVID Tracking Project, and 22 states have reported at least one record high day of coronavirus hospitalisations during November, so far. Since the pandemic started, more than 9.9 million people have been infected in the US and 237,425 have died of the virus, according to Johns Hopkins.

READ:  NSW 'not in for an easy week' as flood waters rise

On Sunday morning, the global number of cases topped 50 million, with the US, India, Brazil and Russia, in that order, the hardest hit, composing more than half the cases, Johns Hopkins reports.

Fauci: stick with science, not politics

The pandemic will soon become the primary concern of President-elect Joe Biden. He plans to announce a 12-person coronavirus task force Monday, two sources with knowledge of the announcement told CNN.

Gottlieb told CBS that Biden will be taking the helm at the "apex" of the pandemic.

In a virtual event with the American Medical Association on Saturday, Dr Anthony Fauci, director of the Institute for Allergy and Infectious Diseases, advised physicians in leadership roles to stick with science, evidence and data when it comes to making coronavirus recommendations. 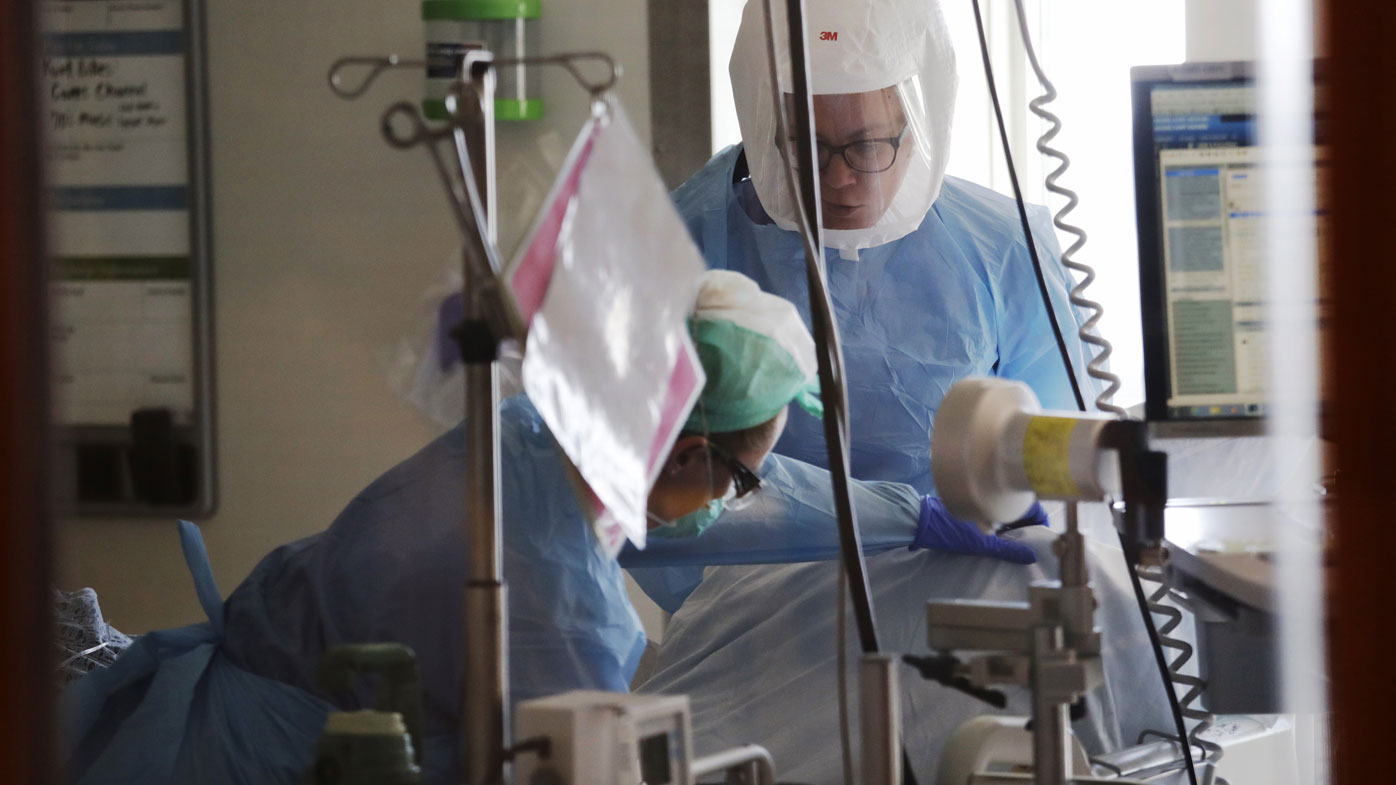 "Stay completely apolitical. Don't get involved in any of the political aspects, and just focus on what your job is as a scientist and a physician," Fauci said. "You do that, you'll be fine."

Health experts have been working to combat scepticism around coronavirus vaccines and recommendations after being at odds at times with political leaders.

Gottlieb said Sunday that President Donald Trump's administration needs a more aggressive strategy to combat coronavirus between now and January. And he suggested during a CBS interview that Biden should work with the National Governors Association to formulate national policy and "coordinate across the different states so it starts to have the semblance of a more cohesive plan."

"We've been sort of arguing politically over what I think is a false dichotomy, and that it's really a choice between lockdowns and no lockdowns and that's not the case," Gottlieb told "Face the Nation."

"We're not going to get perfect control over this virus - it's a contagious virus. It's going to spread, but it doesn't need to spread at the levels and at the velocity that's going to start to press the healthcare system, which is what we're seeing," he told the show.

The Biden transition team listed the pandemic as the first item on its website, pledging free, reliable testing, more protective equipment, clear guidance, restored relations with the World Health Organisation and a $25 billion plan to manufacture and distribute a vaccine.

Vice-President-elect Kamala Harris will head a task force to tackle racial and ethnic disparities revealed during the pandemic.

The team also promises a mask mandate but says it will get there by working with governors and mayors and "by asking the American people to do what they do best: Step up in a time of crisis."

Though the death toll has climbed, the rate of cases that have resulted in fatalities has seemingly decreased, and Fauci said that is due to "age, experience and better drugs."

As with all diseases, health professionals learn more about the virus as it goes on, including when to put people on ventilators, Fauci said Saturday.

"We just get better at treating people," he said. "You (know) what works. You know what doesn't work, including just fundamental, nonpharmacological approaches."

READ:  Quarantine was worth those precious family moments COVID-19 denied for so many in 2020

The use of treatments that can help people, such as dexamethasone and remdesivir, has also further developed, he said. Also impacting the death rate are the college students going back to school and being infected more, he said. Those getting infected now compared with the spring "is almost a decade difference of being younger now."

"Ultimately, they're going to wind up infecting people in the community, but they're the ones that are sort of driving the infection," Fauci said.

As researchers learn more about the virus, they're noticing that the impacts can drag on, Fauci said.

Some patients have reported symptoms lasting even after they have tested negative from a coronavirus infection.

"We do know for absolutely certain that there is a post-COVID-19 syndrome - referred to sometimes as long COVID, chronic COVID, long haulers," Fauci said during the AMA event.

"We're seeing variable percentages, and anywhere from 25 to 35 percent or more have lingering symptoms -- well beyond what you'd expect post any viral syndrome, like influenza and others," he said.

Symptoms include fatigue, shortness of breath, muscle aches, sleep disturbances and what is referred to as "brain fog."

"So, there's no doubt that it's going on, that (it) can last anywhere from weeks to months," he said, adding that it could be longer, but that isn't known because the novel virus was discovered less than a year ago.