In 31 states, the number of new COVID-19 cases has increased by at least 10 per cent – something doctors feared would happen.

Despite making progress after a difficult summer, most of the US is heading in the wrong direction again as the nation closes in on 200,000 COVID-19 deaths.

In 31 states, the number of new COVID-19 cases has increased by at least 10 per cent this past week compared to the previous week, according to data Sunday from Johns Hopkins University. 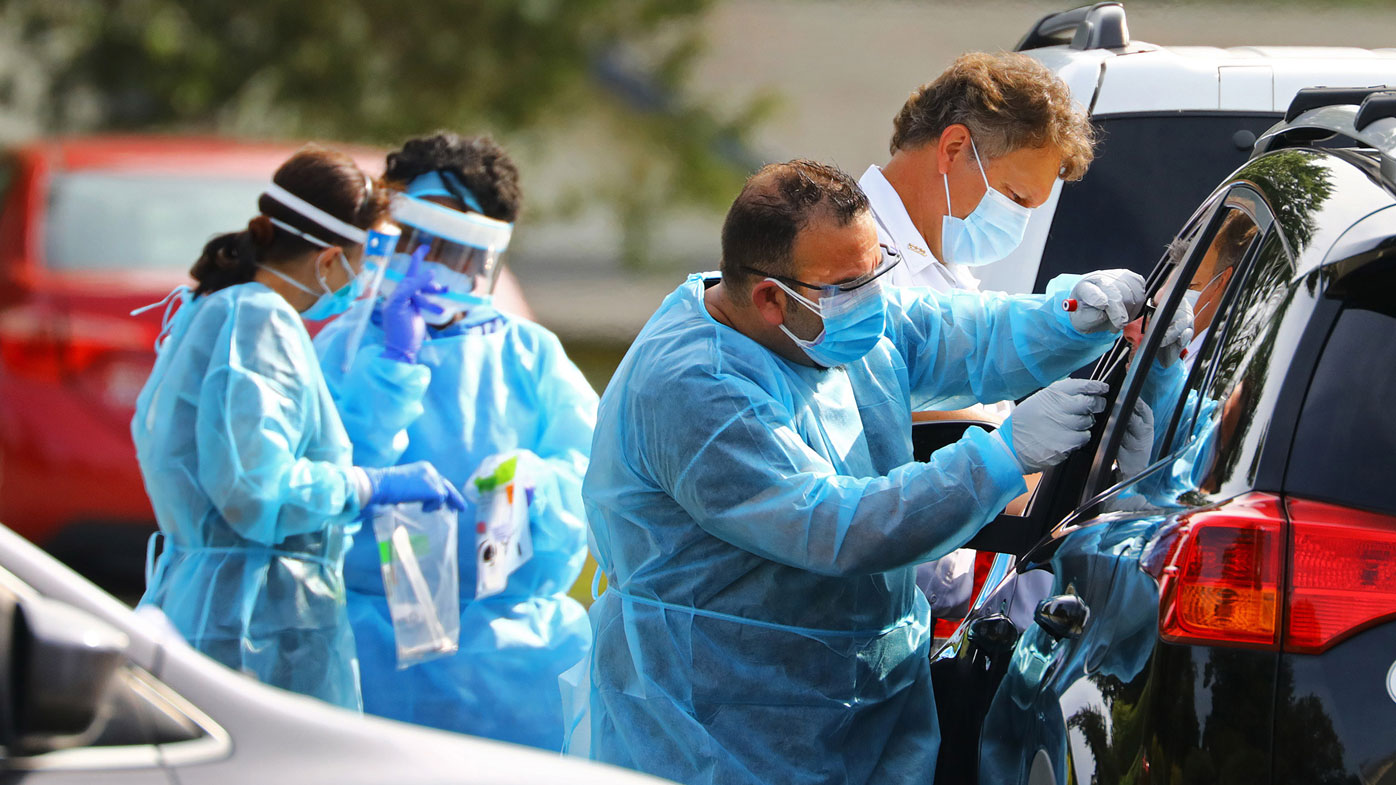 And the test positivity rate -- the percentage of new test results that are positive -- is rising in 25 states, according to the COVID Tracking Project.

This is exactly what doctors feared would happen in the weeks following Labor Day, said Dr. Ashish Jha, dean of the Brown University School of Public Health.

"A couple of weeks ago, as we went in to Labor Day, we were talking about exactly this -- and our worry that coming out of Labor Day, as we've seen after Memorial Day and July Fourth, we'd see an increase," he said.

"And unfortunately, we're walking into the fall, where weather gets colder. We're going to spend more time indoors. So this is not where we want to be as a country right now."

Wisconsin also reported a record number of new cases -- 2,533 on Friday. Health officials urged people to stay home, keep at least 1.5 metres distance from those outside their household, and wear masks in public.

Nationwide, more than 6.7 million people have been infected with coronavirus, according to Johns Hopkins University data. As of 3:45 p.m. ET Sunday, more than 199,400 have died.

A state doing well says keep up the testing

Many health experts say widespread testing is key to finding asymptomatic or pre-symptomatic carriers, so those people can isolate and prevent the virus' spread.

In Maryland, state officials "continue to encourage all Marylanders to get tested for COVID-19" at one of the state's 210 testing sites. 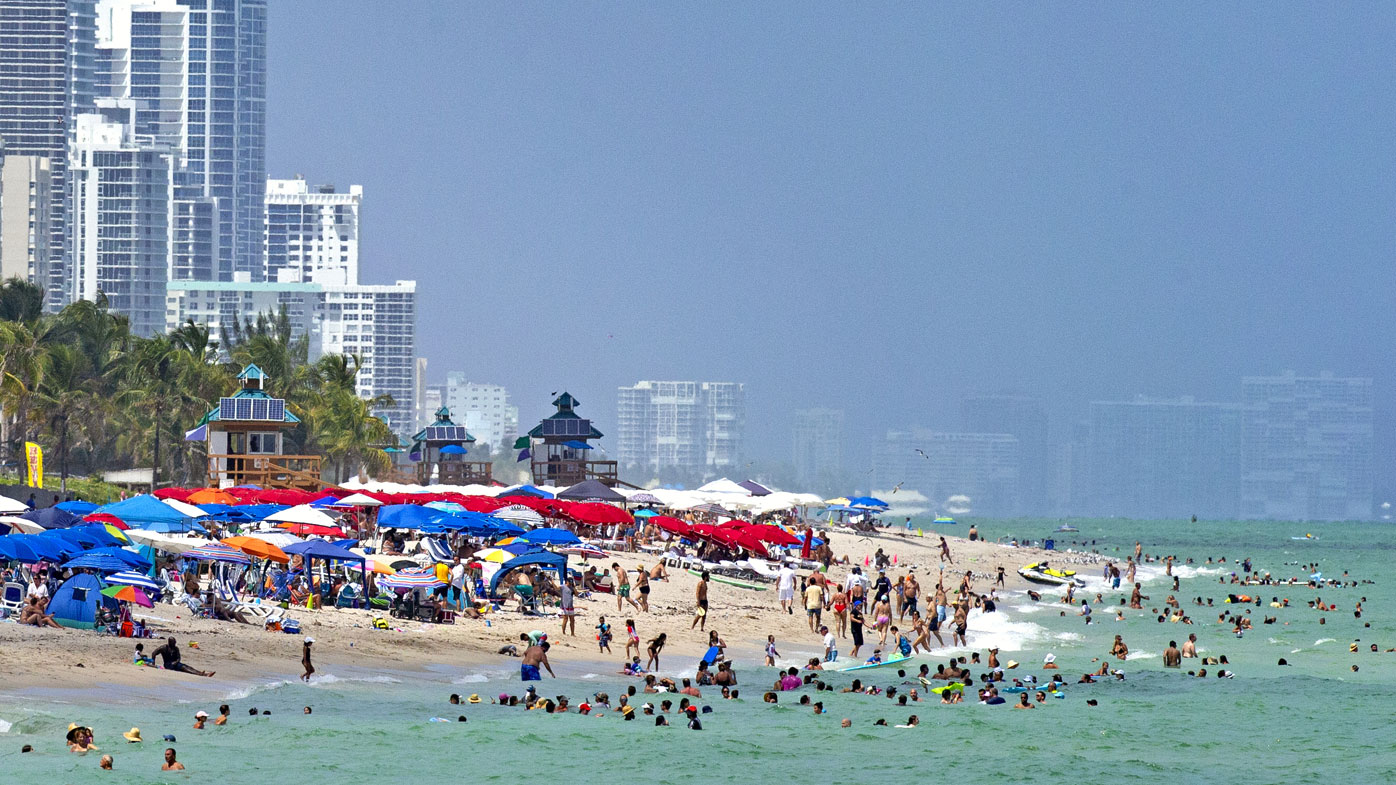 Updated guidance from the US Centres for Disease Control and Prevention says the coronavirus can be commonly spread through viral particles in the air.

The guidance previously said COVID-19 was mainly thought to spread between people within 1.5 metres of one another and through respiratory droplets "produced when an infected person coughs, sneezes or talks."

The page, updated Friday, still says COVID-19 is commonly spread between people in close contact with one another. But it also says the virus is known to spread through respiratory droplets "produced when an infected person coughs, sneezes, sings, talks or breathes."

Infection can occur if the particles are inhaled "into the nose, mouth, airways, and lungs," the guidance says.

"There is growing evidence that droplets and airborne particles can remain suspended in the air and be breathed in by others, and travel distances beyond 6 feet (1.5 metres) for example, during choir practice, in restaurants, or in fitness classes)," the page now says. "In general, indoor environments without good ventilation increase this risk."

READ:  Why You Need An Essence In Your Skincare Regime 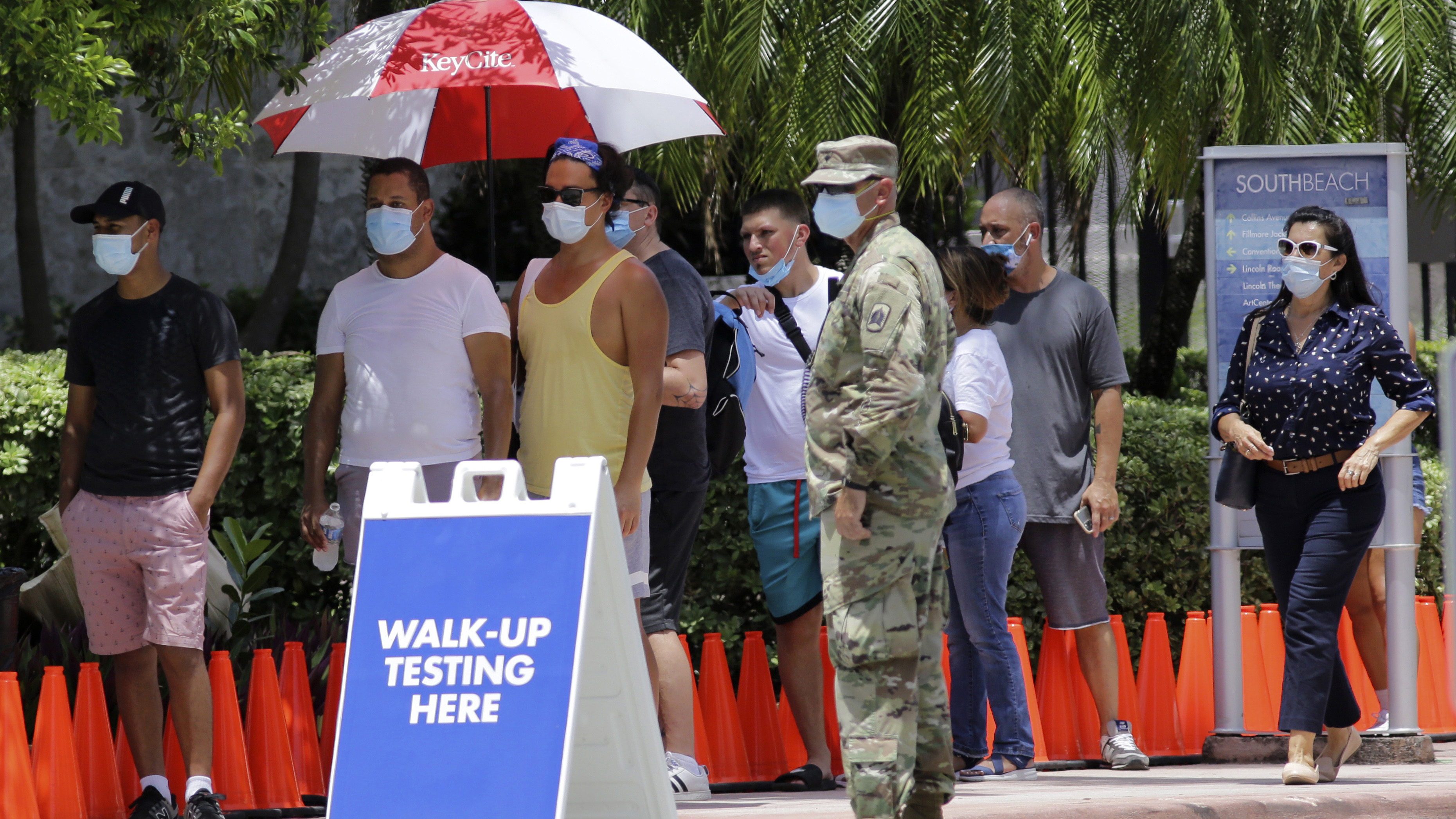 Donald Milton, a professor of environmental health at the University of Maryland who studies how viruses are transmitted, told CNN the CDC's new language was a "major improvement."

Mr Milton was one of the lead authors of a July letter signed by 239 scientists. They urged the World Health Organisation to be more forthcoming about the likelihood people could catch the virus from droplets in the air. Afterward, WHO released a report detailing how the coronavirus can pass between people, including through the air during certain medical procedures and possibly in crowded indoor spaces.

"I'm very encouraged to see that the CDC is paying attention and moving with the science. The evidence is accumulating," Mr Milton wrote in an email to CNN.

"What it means for folks is those masks are critically important," he said. "They are the most important way to stop those aerosols from coming out of our mouths and noses and then getting in to other people's mouths or noses."

As COVID-19 intensified in the US, so did levels of stress and depression, according to a study published in the journal Science Advances.

The study of more than 6,500 people found that several factors may have worsened people's stress.

The biggest risk for symptoms of depression was a pre-existing mental health diagnosis prior the pandemic, researchers found.

But symptoms of stress and depression were also associated more with personal exposure, rather than public spread -- suggesting "concerns about contracting the disease outweighed concerns about pandemic-related disruptions in daily life," the researchers said.

"Approximately a quarter of the sample (23.5 per cent) reported that they or a close other had been exposed to COVID-19 (e.g., experienced symptoms, were diagnosed)," researchers wrote in the report published Friday. 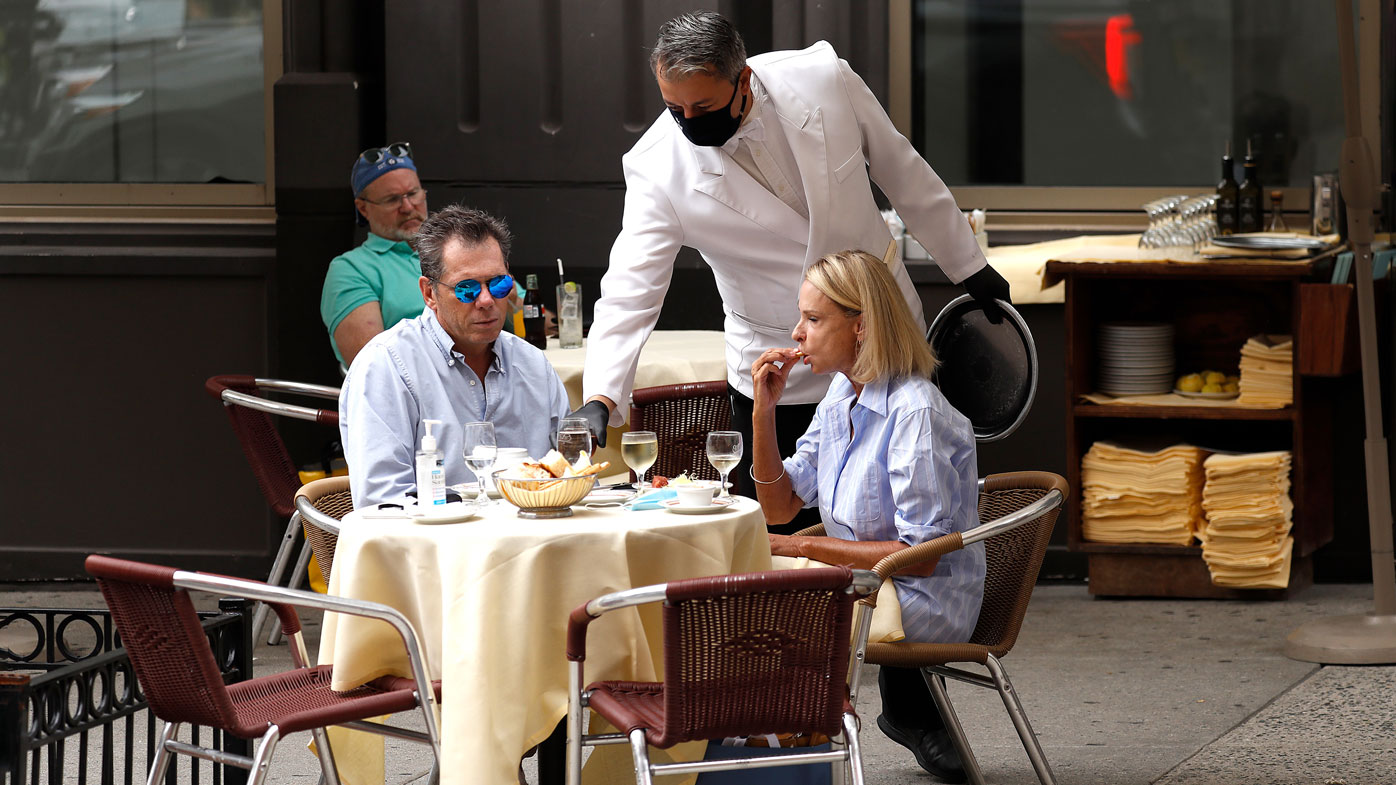 Employment also had a big impact, with those who lost their jobs suffering most, the study found.

The "data suggest that individuals who continued working during this early phase of the pandemic were less depressed than individuals who were not working, even though they were at greater risk for contracting the virus," the researchers said.

Those "remaining employed as an 'essential' worker may have given new meaning to respondents' work that reduced their risk for depression."

Researchers said another factor in pandemic-related stress is how often participants were exposed to conflicting information from the news and social media.

People were immersed in news an average of seven hours a day, they found, and acute stress increased as time went on.

But consistent, accurate and reliable news reports may be one of the best ways to control stress, the researchers suggested.

Not everyone has the luxury of working from home. And since many minorities have public-facing jobs, this pandemic has hit them especially hard.

The pandemic exposes health disparities and structural conditions that contribute to those disparities, the surgeon general said.

"Social distancing and teleworking are critical to preventing spread of coronavirus, yet only one in five African Americans and one in six Hispanic Americans have a job that allows him to work from home," Mr Adams said.

"Combined, these and other factors create a greater risk for spread of a highly contagious disease like COVID-19."