A US destroyer sailed near the Spratly Islands in the South China Sea on Wednesday, the US Navy’s 7th Fleet announced, days after China imposed new maritime identification rules that include the disputed body of water.

A US destroyer sailed near the Spratly Islands in the South China Sea on Wednesday, the US Navy's 7th Fleet announced, days after China imposed new maritime identification rules that include the disputed body of water.

The USS Benfold, an Arleigh Burke-class destroyer, sailed within 19.3 kilometres of Mischief Reef, a portion of the Spratly Islands upon which the Chinese have built military facilities.

"Under international law as reflected in the Law of the Sea Convention, features like Mischief Reef that are submerged at high tide in their naturally formed state are not entitled to a territorial sea," a statement from 7th Fleet read following the freedom of navigation operation. 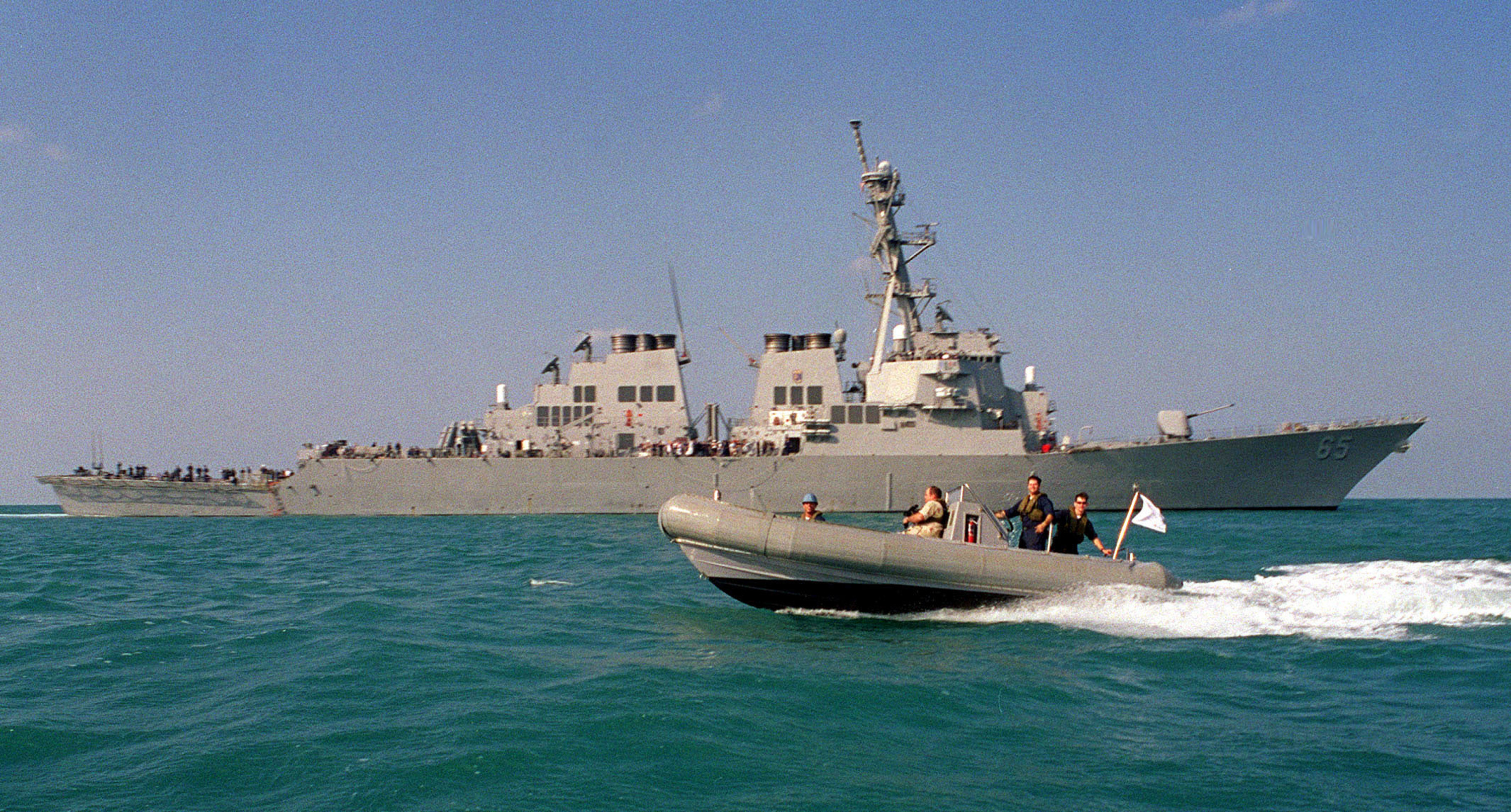 "The land reclamation efforts, installations, and structures built on Mischief Reef do not change this characterisation under international law."

The passage near Mischief Reef comes days after China imposed the new maritime identification rules on its territorial waters, including its claims on much of the South China Sea.

On September 1, China instituted a new rule that requires many ships to identify their names, call signs, current positions, next ports of call and estimated times of arrival with Chinese authorities upon entering the country's territorial waters.

When the USS Benfold passed near the Spratly Islands without abiding by the new rule, China accused the US of "illegally" entering its waters, claiming it had driven away the ship. 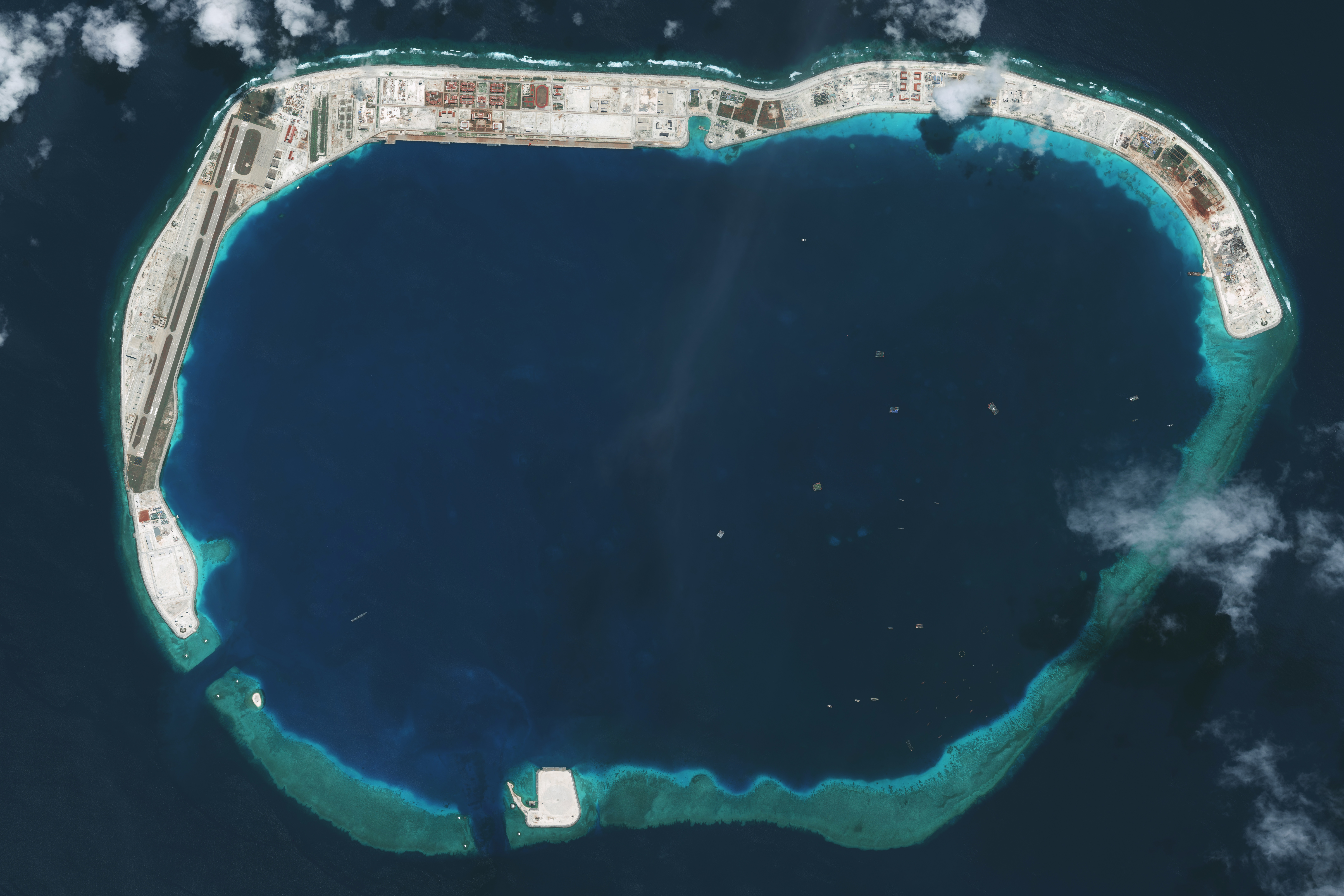 "On September 8th, the USS Benfold guided missile destroyer illegally broke into the waters adjacent to the Mischief Reef of Nansha islands without the approval of the Chinese government," Air Force Colonel Tian Junli, spokesperson for China's Southern Theater Command, said in a statement.

"The air force carried out follow-up surveillance and issued a warning to drive it away."

The operation "seriously violated China's sovereignty and security," the statement said, adding that it is "ironclad evidence" that showcases the US's "hegemony and militarisation of the South China Sea."

The US 7th Fleet dismissed the Chinese statement later Wednesday, calling it "false."

The 7th Fleet said it is the "latest in a long string of [People's Republic of China] actions to misrepresent lawful US maritime operations and assert its excessive and illegitimate maritime claims" in the South China Sea.

US Secretary of Defense Lloyd Austin has repeatedly said that China is the pacing challenge for the US military, as the Pentagon shifts from fighting the wars of the Middle East to meeting the threat of China's growing assertiveness in the Pacific.

Mr Austin's first international trip as secretary was to Southeast Asia, where he and Secretary of State Antony Blinken met with their counterparts. In late July, Austin said that China's "claim to the vast majority of the South China Sea has no basis in international law." 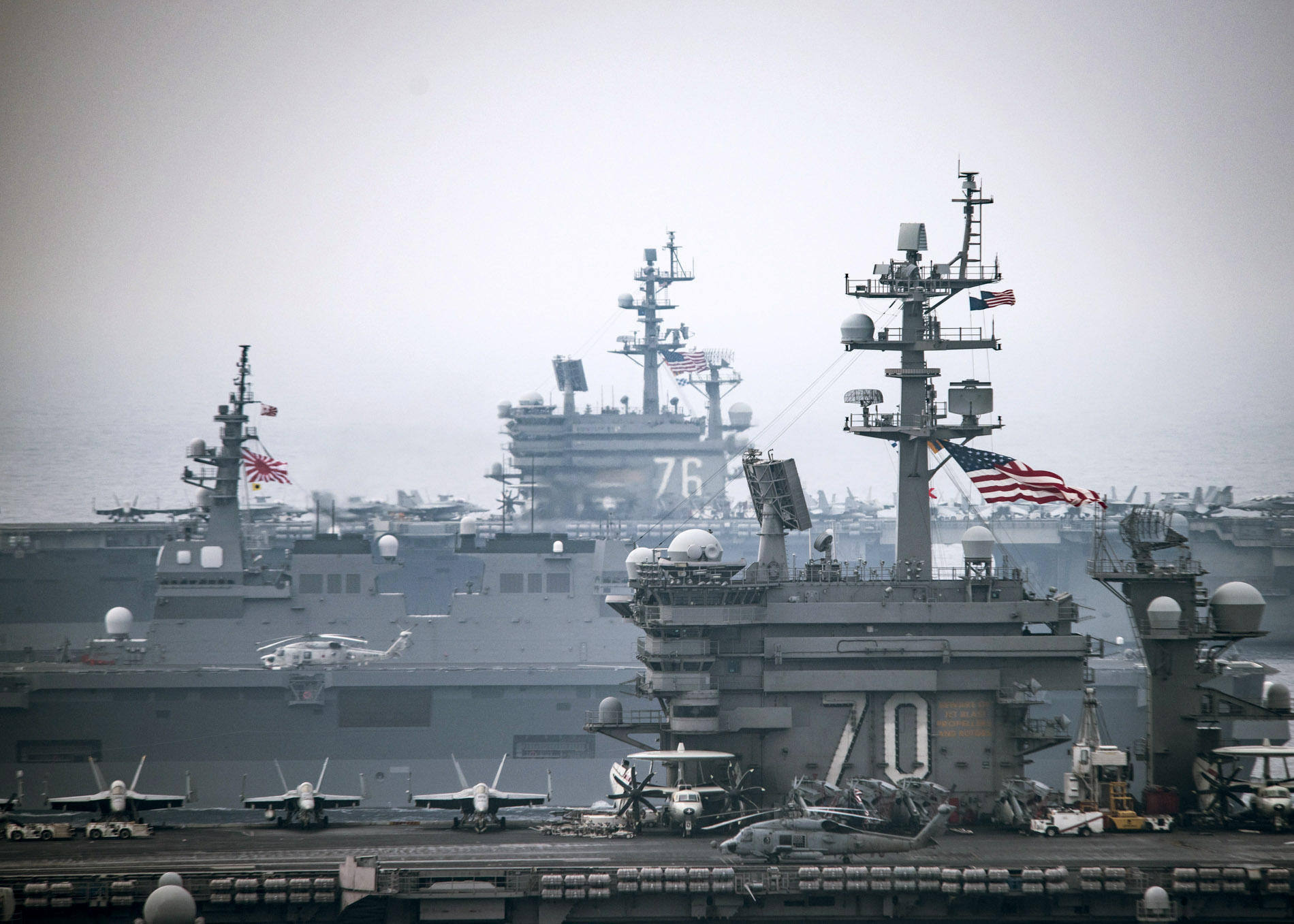 Underscoring the US efforts to challenge China's claims to the international waters, the Carl Vinson Carrier Strike Group is also operating in the South China Sea. The strike group is conducting maritime security operations, strike exercises and other types of training, the Navy said Wednesday.

"The freedom of all nations to navigate in international waters is important, and especially vital in the South China Sea, where nearly a third of global maritime trade transits each year," said Rear Admiral Dan Martin, commander of the Carl Vinson Carrier Strike Group.

The argument over the American presence in the disputed sea spread to Twitter, where the editor-in-chief of state-run Global Times, Hu Xijin, said, "Hopefully when Chinese warships pass through the Caribbean Sea or show up near Hawaii and Guam one day, the US will uphold the same standard of freedom of navigation. That day will come soon."

The Navy chief of information hit back, saying, "The @USNavy has upheld the standards of freedom of navigation longer than the PLA navy has existed."

The Navy then tweeted links to articles in recent years about Chinese military ships passing near Guam and Hawaii.