More Americans have died from the virus than from the Vietnam and Korea wars combined.

The US surpassed a jarring milestone Wednesday in the coronavirus pandemic: 100,000 deaths.

That number is the best estimate and most assuredly an undercount. But it represents the stark reality that more Americans have died from the virus than from the Vietnam and Korea wars combined.

"It's a striking reminder of how dangerous this virus can be," said Josh Michaud, associate director of global health policy with the Kaiser Family Foundation in Washington.

Worldwide, the virus has infected more than 5.6 million people and killed over 350,000, with the US having the most confirmed cases and deaths by far, according to a tally by Johns Hopkins University. 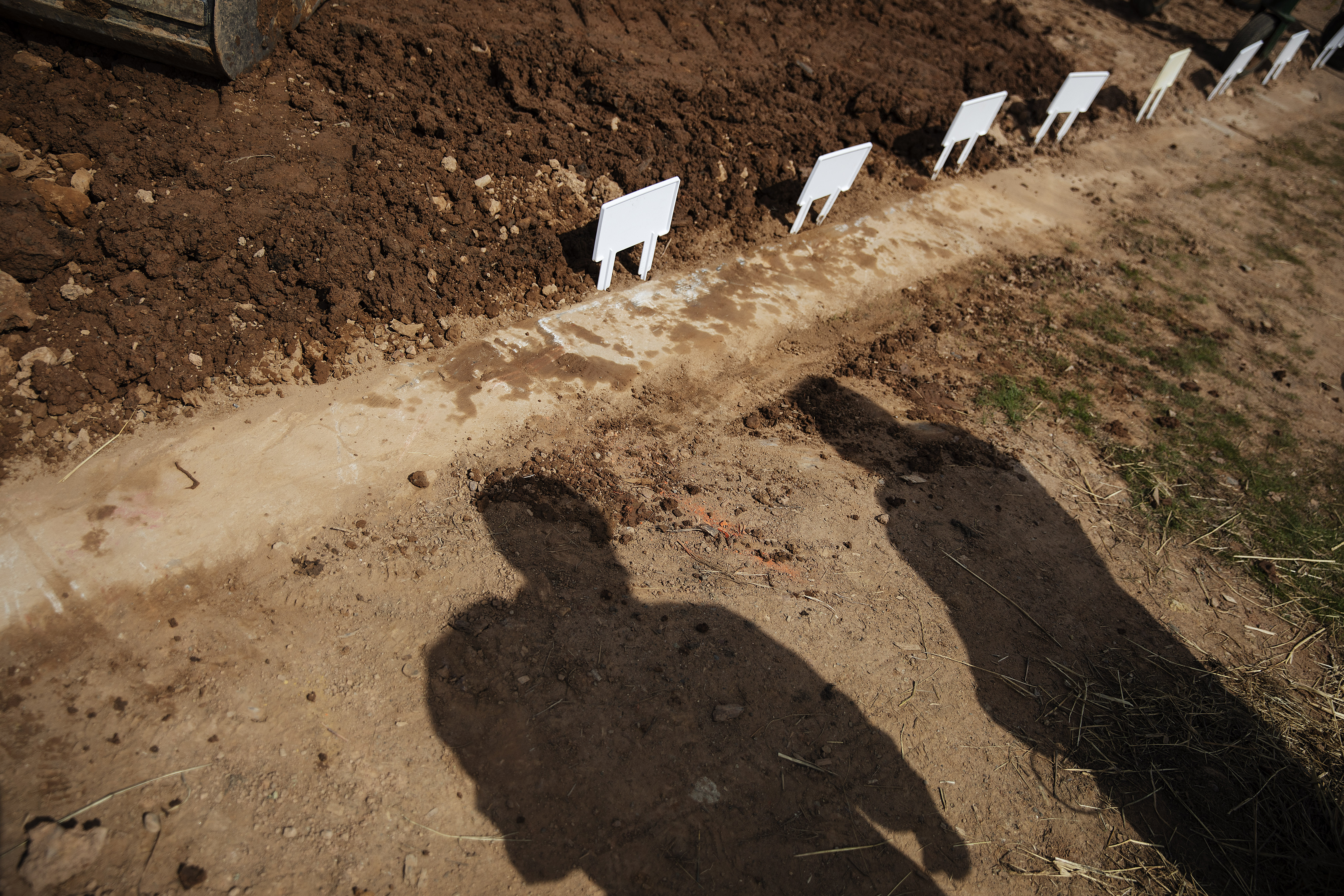 The true death toll from the virus, which emerged in China late last year and was first reported in the US in January, is widely believed to be significantly higher, with experts saying many victims died of COVID-19 without ever being tested for it.

At the end of March, the United States eclipsed China with 3,500 deaths.

Now, the US has not only the highest death total, but the highest number of confirmed cases of COVID-19 in the world, making up more than 30 per cent of the global total.

Early on, President Donald Trump downplayed the severity of the coronavirus and called it no worse than the common flu. He previously predicted the country wouldn't reach this death toll.

As early as March, Dr Anthony Fauci, the government's top infectious disease expert, was warning that COVID-19 could claim more than 100,000 lives in the US.

"I think we'll be substantially under that number," Trump said on April 10.

READ:  WHO agrees to virus probe after Aust push

Critics have said deaths spiked because Trump was slow to respond, but he has contended on Twitter that it could have been 20 times higher without his actions. He has urged states to reopen their economies after months of stay-at-home restrictions.

The virus exacted an especially vicious toll on Trump's hometown of New York City and its surrounding suburbs, killing more than 21,000. At the peak, hundreds of people were dying per day in New York City, and hospitals, ambulances and first responders were inundated with patients.

The densely packed New York metropolitan area, consisting of about 20 million people across a region that encompasses the city's northern suburbs, Long Island and northern New Jersey, has been the hardest-hit corner of the country, accounting for at least one-third of the nation's deaths.

There is no vaccine or treatment for COVID-19, though several emergency treatments are being used after showing some promise in preliminary testing.

Worldwide, about a dozen vaccine candidates are starting to be tested or getting close to it. Health officials have said studies of a potential vaccine might be done by late this year or early next year.

For most people, the coronavirus causes mild or moderate symptoms, such as fever and cough that clear up in two to three weeks. For some, especially older adults and people with existing health problems, it can cause more severe illness, including pneumonia and death. 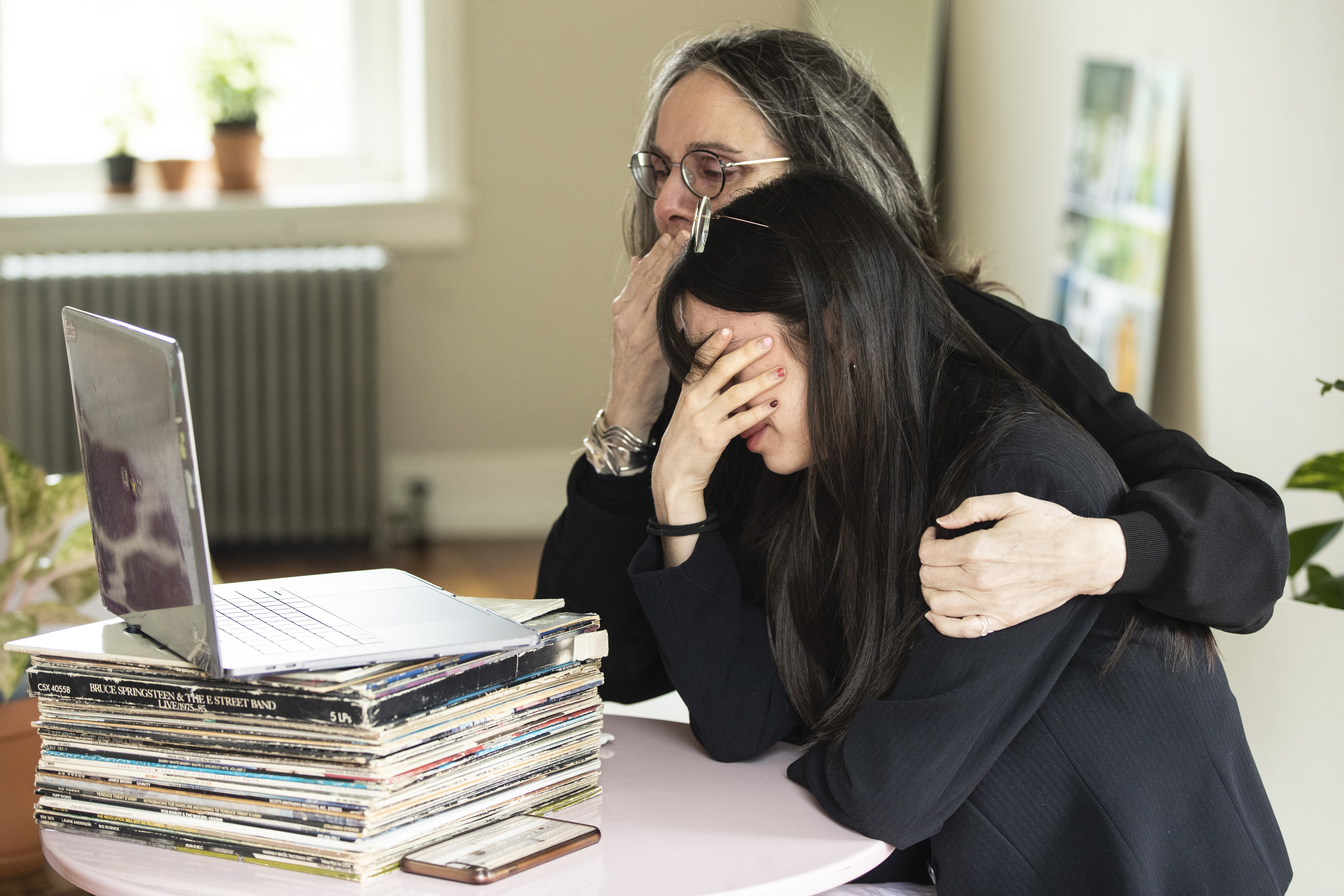 Among the 100,000 deaths was 74-year-old Michael Ganci, a resident of Newington, Connecticut, who died on March 21. He was a public school teacher, a grandfather and father of four, and a 4th-degree belt Sensei in Kyokushin karate.

Ganci, who had a compromised immune system, died at St. Francis Hospital in Hartford three days after showing symptoms.

His family was not allowed to be with him and tried to text and talk with him on his mobile phone during his final days. His wife of 48 years also tested positive for COVID-19 and was forced to grieve alone.

For their daughter, 45-year-old Joanna Ganci of Beverly, Massachusetts, the milestone and other statistics are important to understand the scope of the virus.

"But at the same time, I think the danger of counting, the danger of statistics, is that it just minimises the human element," she said.

"And I think, again, we see that our country is in the throes of this kind of moment of just that the numbers don't seem to mean anything anyway to many. It's like, what number is going to make an impact for people who haven't been touched by it?"

"For people whose lives haven't been threatened or where the virus hasn't been as rampant through a community, I just think numbers or not, it's still so abstract to so many people," she said. 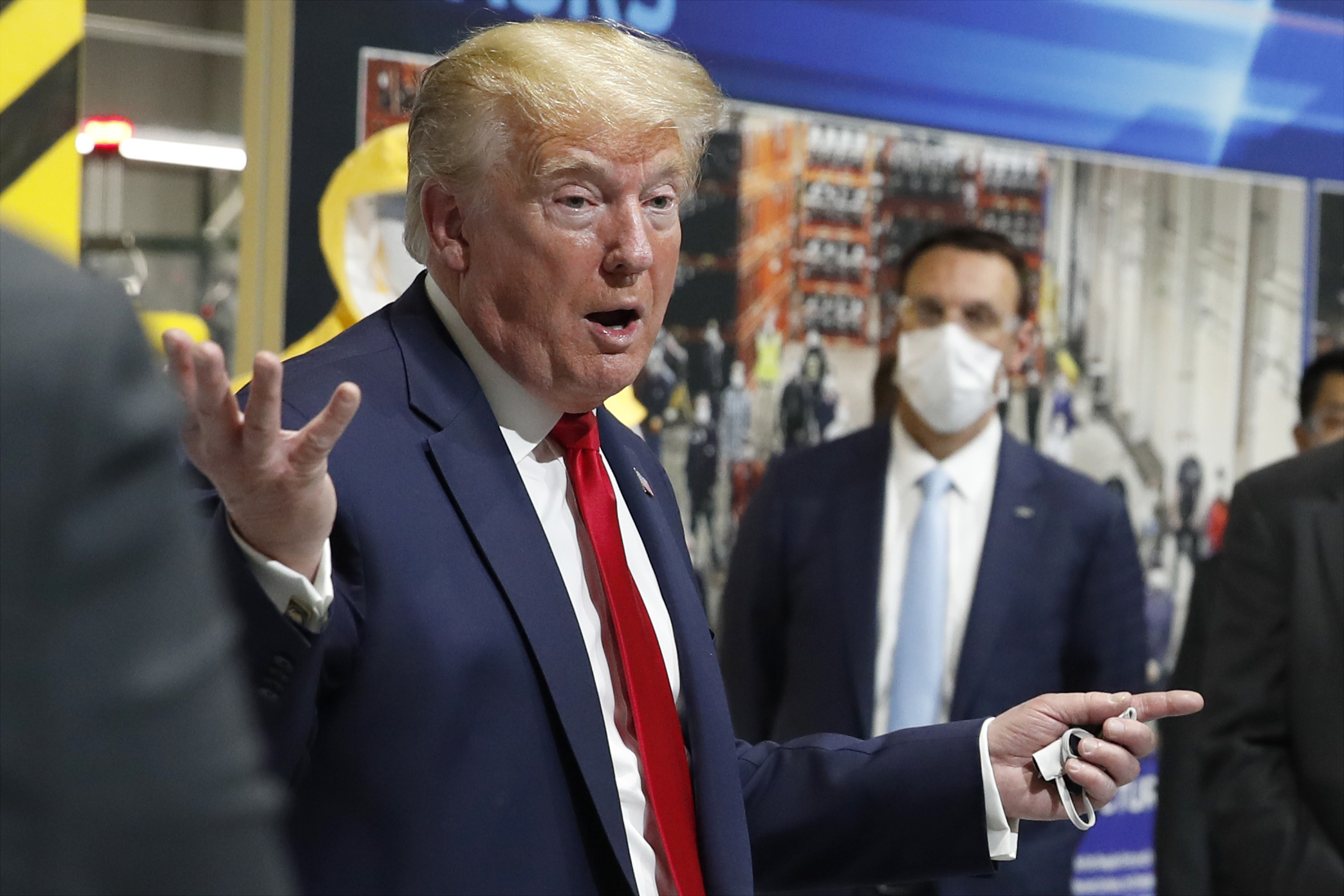 From January 1 through the end of April, the US saw at least 66,000 more overall deaths than in similar periods for previous years, an increase of around 7 per cent, according to the Centers for Disease Control and Prevention.

The coronavirus was reported as a cause in about half the excess deaths, but experts also believe the virus was likely a factor in many others.

Coroners caution that deaths from other causes are likely up, too, including those from drug overdoses and among people who delayed treatment for problems like heart attacks.

READ:  Mexico identifies remains of another of missing 43 students

It's not even clear when the coronavirus turned deadly in the United States. Initially, it was believed the first US deaths from the virus were in late February in a Seattle suburb. But by mid-April, it was determined that two people with the coronavirus died in California as many as three weeks earlier.

Comparing countries is tricky, given varying levels of testing and the fact that some coronavirus deaths can be missed.

According to figures tracked by Johns Hopkins University, the death rate per 100,000 people is lower in the US than Italy, France and Spain but higher than Germany, China, South Korea, Singapore, Japan, New Zealand and Australia.

"The experience of other countries shows that death at that scale was preventable," Michaud said.

"To some extent the United States suffers from having a slow start and inconsistent approach. We might have seen a different trajectory if different policies were put into place earlier and more forcefully." 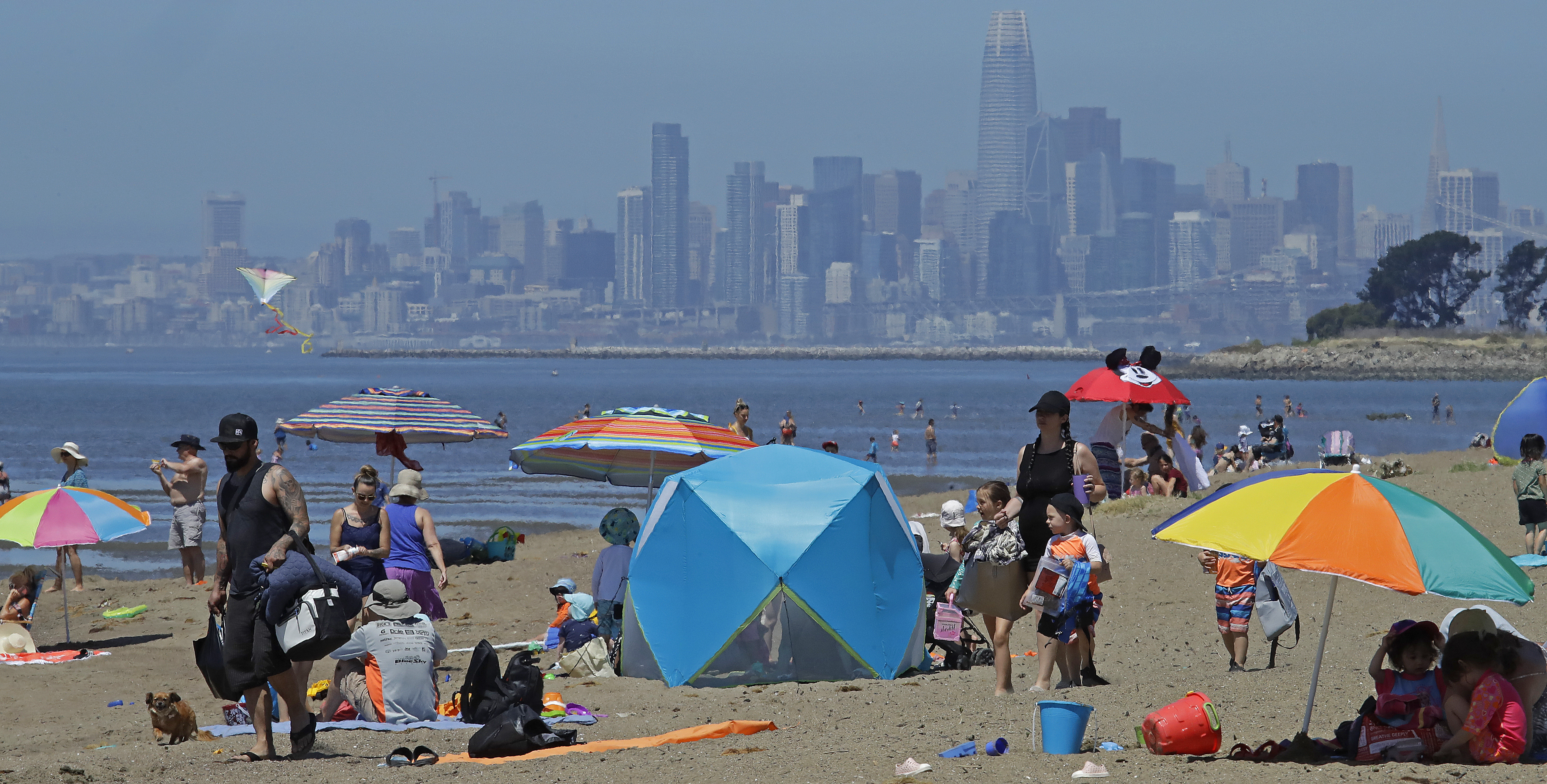 Countries with low death rates suppressed the virus "through lots of testing, contact tracing and policies to support isolation and quarantine of people at risk," Michaud said.

"It reflects the fact that we have neglected basic fundamentals for health," El-Sadr said.

"We have neglected public health and we have failed to secure access to quality health services to all Americans."

"So, now we are in this shameful situation," El-Sadr said.

"It is the most vulnerable people in our midst, the elderly, the poor, members of racial/ethnic minority groups who are the ones disproportionately getting sick and dying."