The US death toll from the coronavirus has climbed past 3500, eclipsing China’s official count.

President Donald Trump warned Americans to brace for a "rough two-week period" ahead as the White House released new projections that there could be 100,000 to 240,000 deaths in the US from the coronavirus pandemic even if current social distancing guidelines are maintained.

Public health officials stressed that the number could be less if people change their behaviour.

"We really believe we can do a lot better than that," said Dr. Deborah Birx, the coordinator of the White House coronavirus task force. That would require all Americans to take seriously their role in preventing the spread of disease, she said. 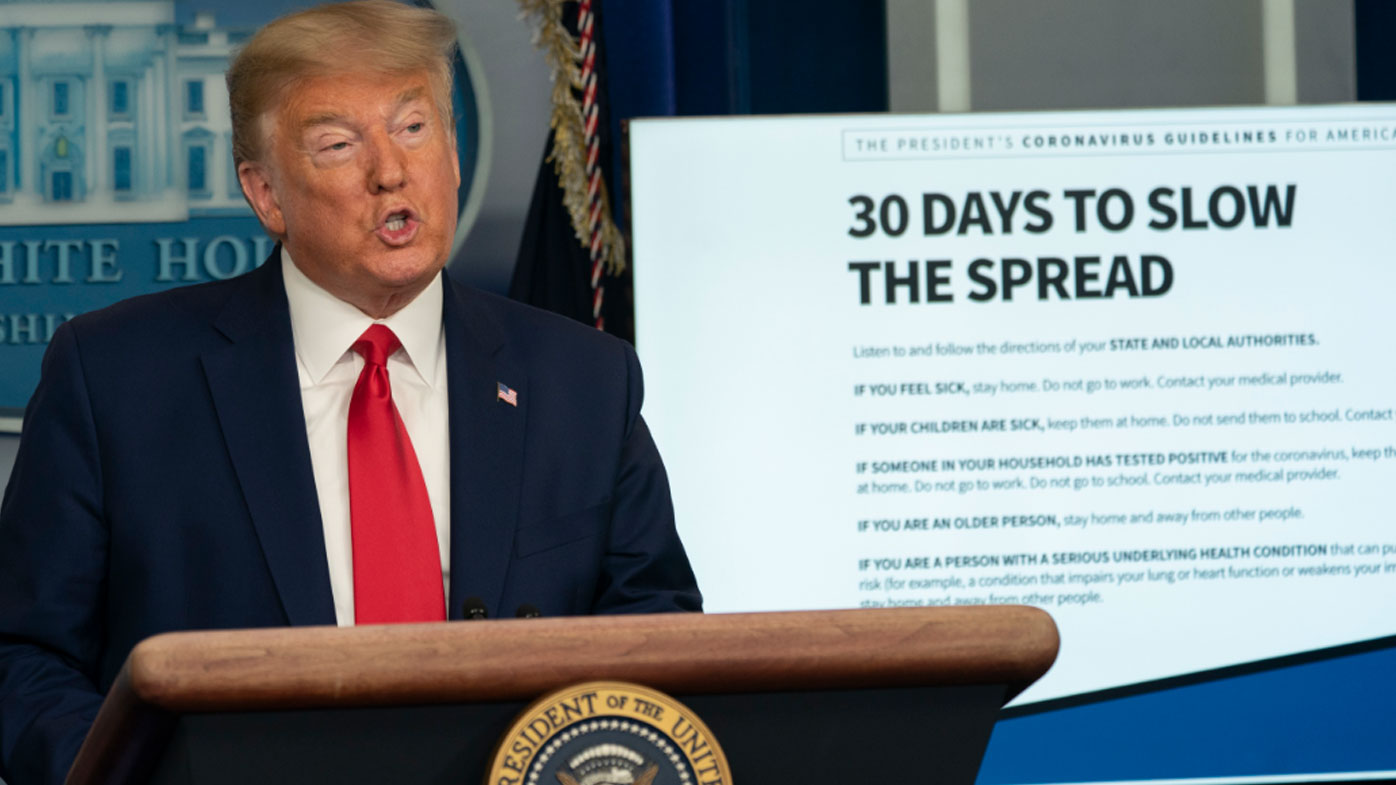 Trump called American efforts to slow the spread of the coronavirus "a matter of life and death" and urged the public to heed his administration's guidelines. He predicted the country would soon see a "light at the end of the tunnel" in the pandemic that has killed more than 3,500 Americans and infected 170,000 more.

"I want every American to be prepared for the hard days that lie ahead," Trump said. "We're going to go through a very tough two weeks."

Dr. Anthony Fauci, the government's top infectious disease expert, said the numbers are "sobering" and called on Americans to "step on the accelerator" with their collective mitigation efforts.

"We are continue to see things go up," Fauci said. "We cannot be discouraged by that because the mitigation is actually working and will work."

Birx said pandemic forecasts initially predicted 1.5 million to 2.2 million deaths in the US But that was a worst-case scenario, without efforts to slow the spread of the coronavirus through social distancing.

Birx said states that have not yet seen a spike in cases as New York has could take action to flatten the curve of rising hospitalisations and deaths.

The comments came after Trump announced Sunday that he was extending to April 30 the social distancing guidelines that urged Americans to cease social gatherings, work from home, suspend onsite learning at schools and more in a nationwide effort to stem the spread of the virus. 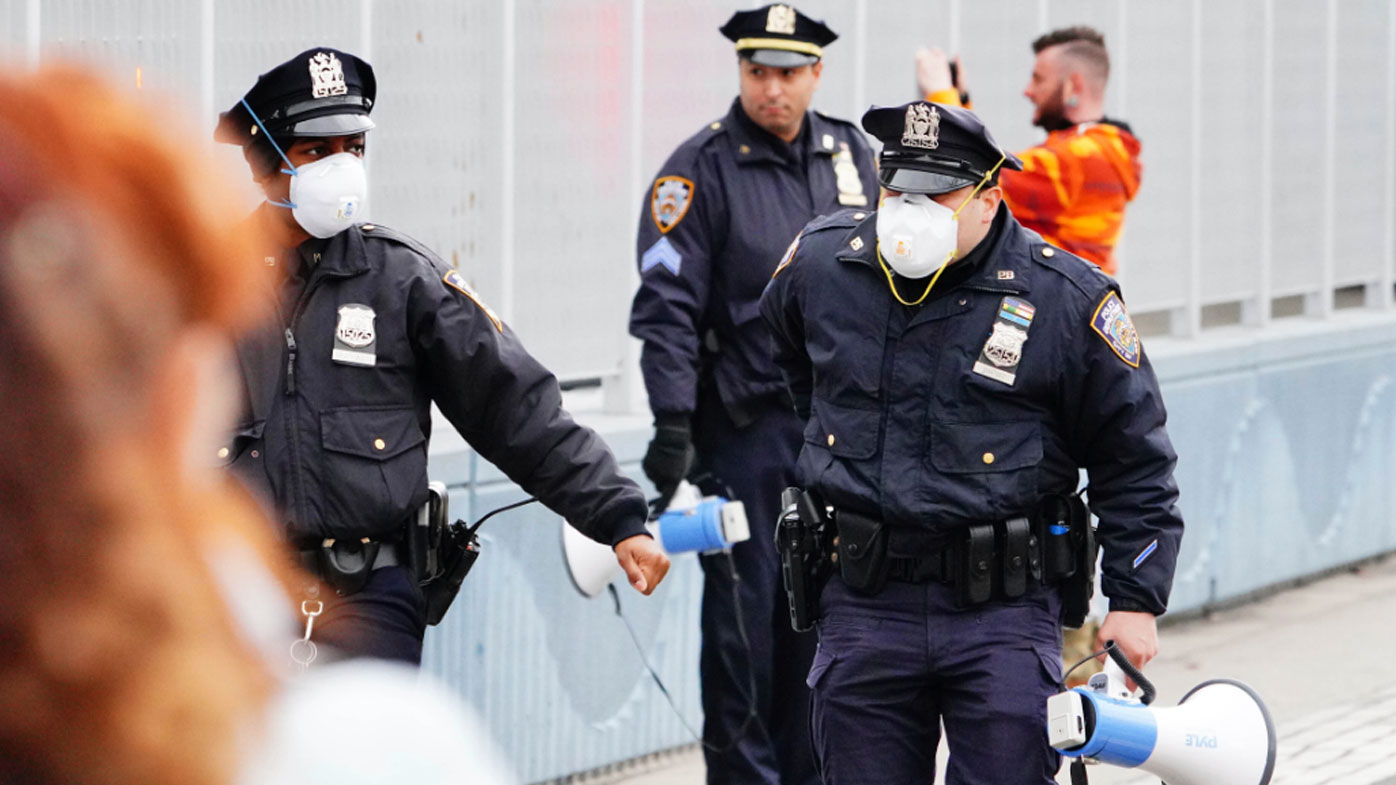 It was an abrupt reversal for Trump, who spent much of last week targeting April 12 as the day he wanted to see Americans "pack the pews" for Easter Sunday services.

Many states and local governments already have stiffer controls in place on mobility and gatherings.

The Trump Administration also declared 29 major disaster declarations for states across the country and authorised 10 states to use federal funding to pay for their national guard.

Trump spoke after another troubling day for the stock market, which has been in a free fall as the cononavirus ground the economy to a near-halt and left millions unemployed.

The Dow Jones Industrial Average plunged more than 400 points, or roughly 1.9 per cent, to seal the worst first-quarter finish of its 135-year history.

Earlier, the US death toll from the coronavirus climbed past 3500, eclipsing China's official count, as the deepening crisis in New York hit close to home for the governor when he disclosed that his brother, CNN anchor Chris Cuomo, has become infected.

"But there's a lesson in this," Governor Andrew Cuomo said of his 49-year-old brother, now quarantined in his basement. "He's an essential worker, a member of the press so he's been out there. If you go out there, the chance that you get infected is very high." 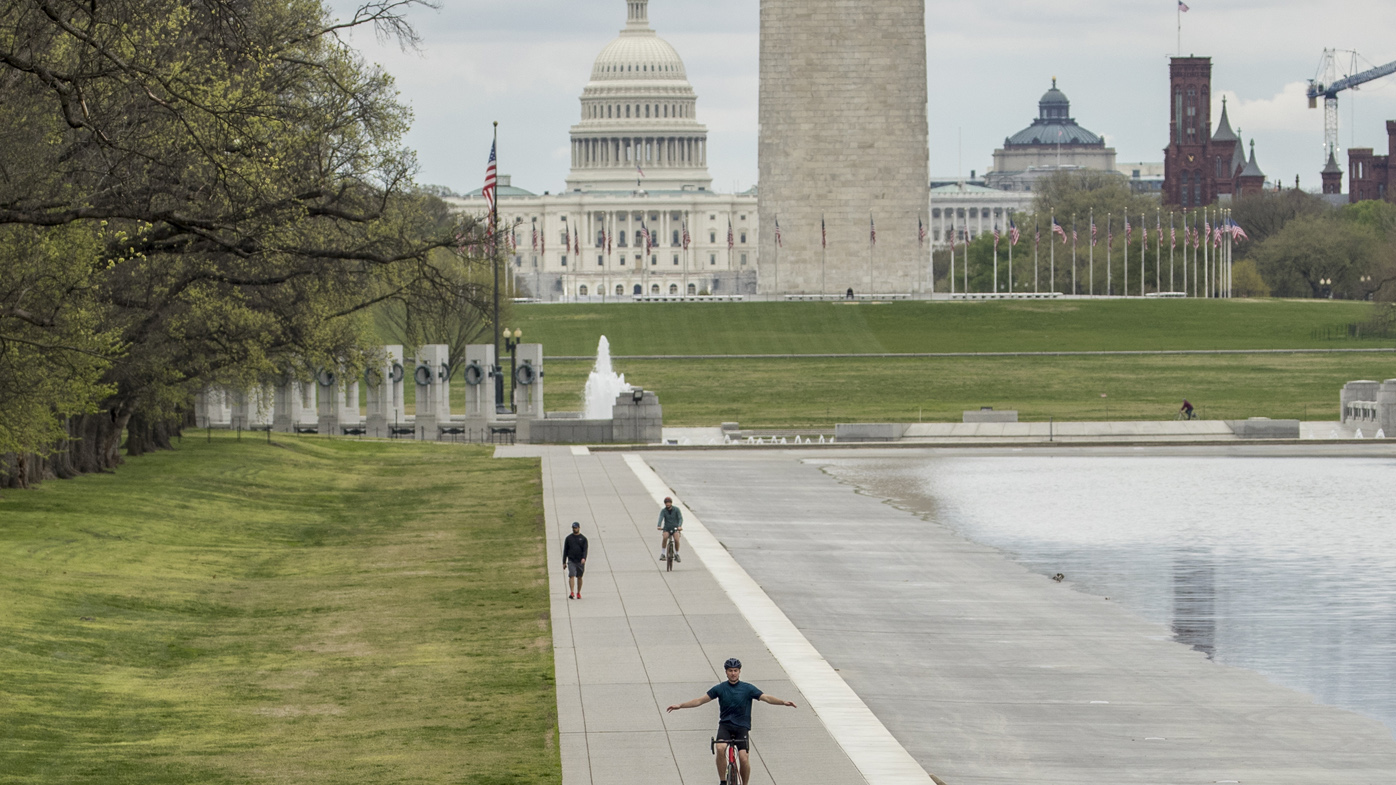 Elsewhere around the world, hard-hit Italy reported that the infection rate appears to be levelling off and new cases could start declining but that the crisis is far from over.

Spain, too, struggled to fend off the collapse of its hospital system.

Vladimir Putin's Russia moved to crack down on quarantine violations and "fake news" about the outbreak. 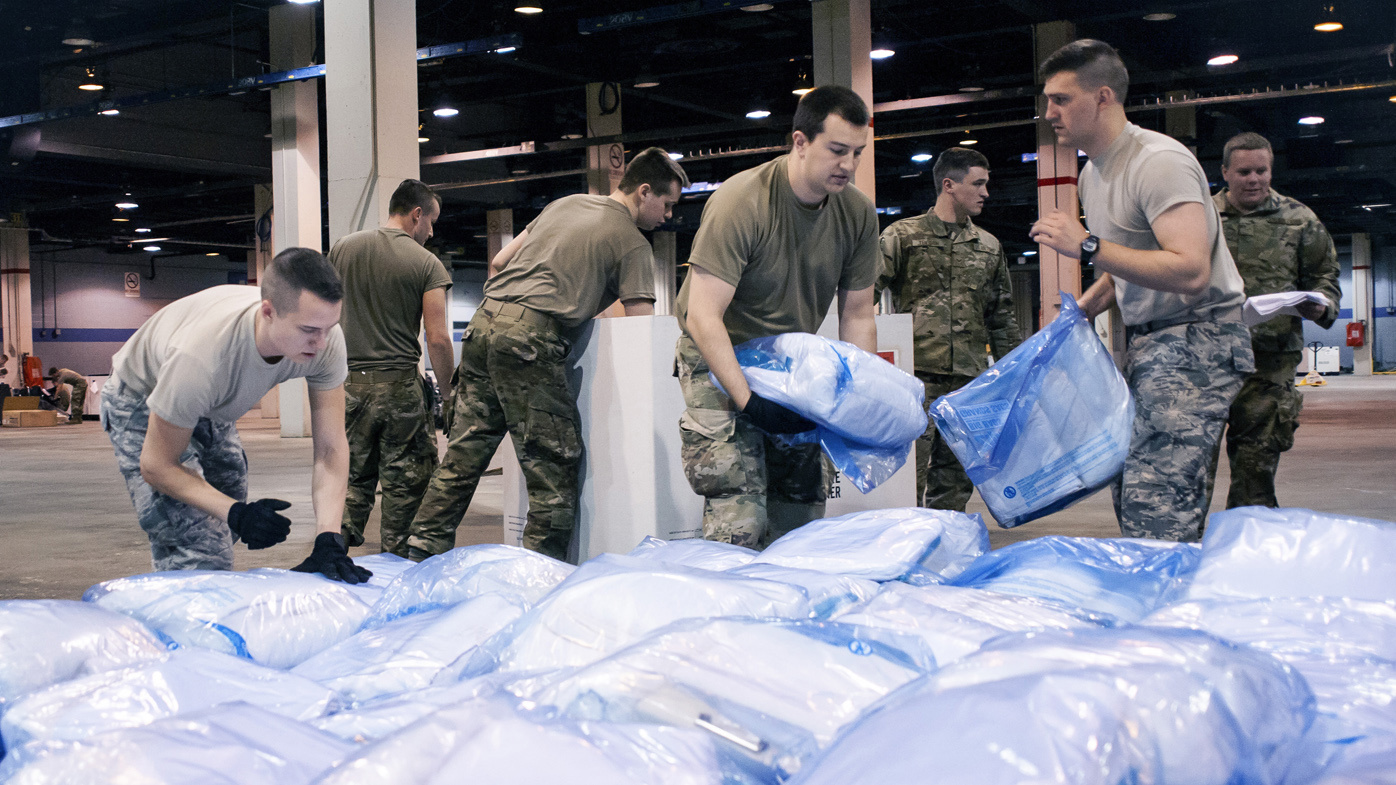 And China edged closer to normal as stores in the original epicentre city of Wuhan began reopening. 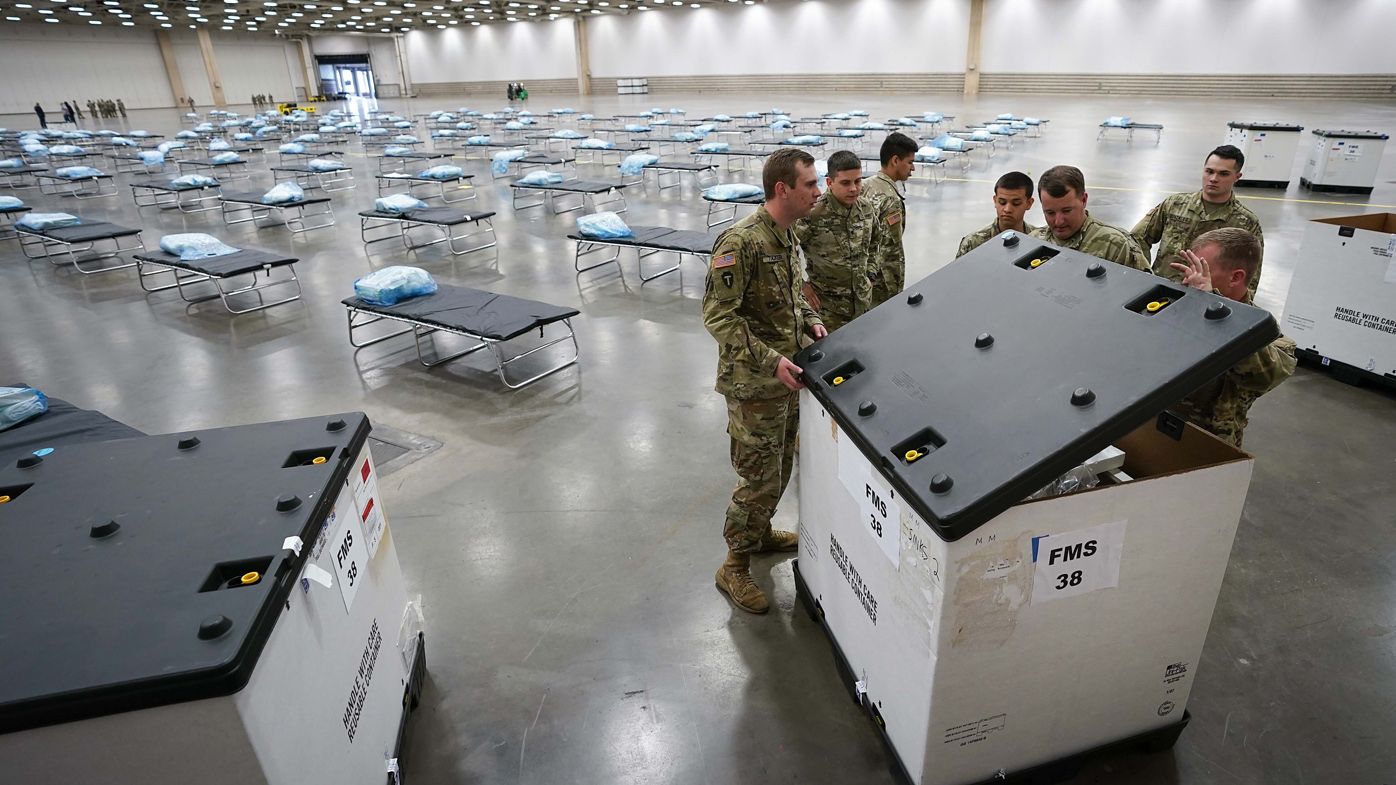 Italy and Spain accounted for half the deaths, while the US had about 3550 by midday, overtaking China's official toll of about 3,300.

New York was the country's deadliest hot spot, with about 1550 deaths statewide, the majority of them in New York City.

China on Tuesday reported just one new death from the coronavirus and 48 new cases, claiming that all new infections came from overseas. 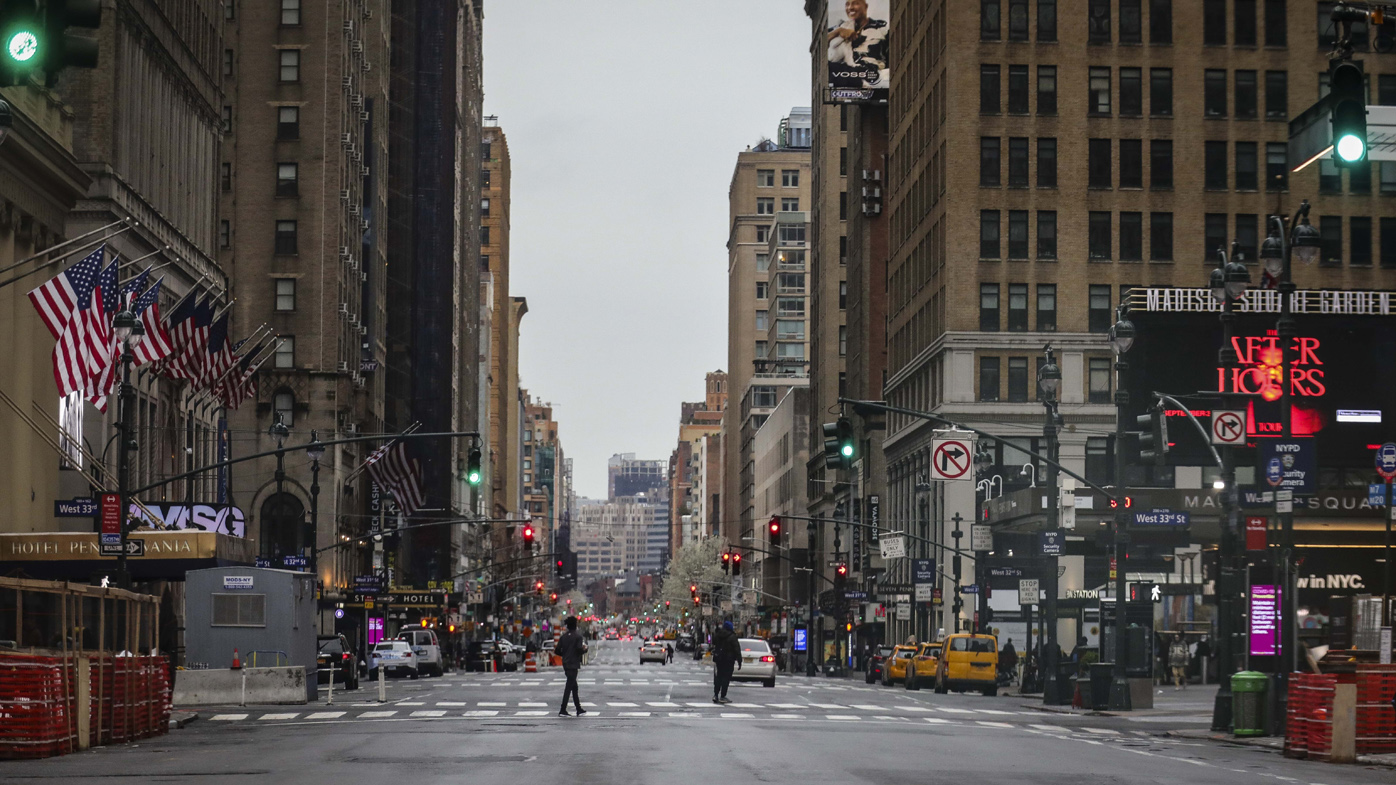 Dr. Takeshi Kasai, the World Health Organisation's regional director for the Western Pacific, cautioned, however, that the risk in Asia and the Pacific "will not go away as long as the pandemic continues".

"This is going to be a long-term battle and we cannot let down our guard," Kasai said.

"We need every country to keep responding according to their local situation."